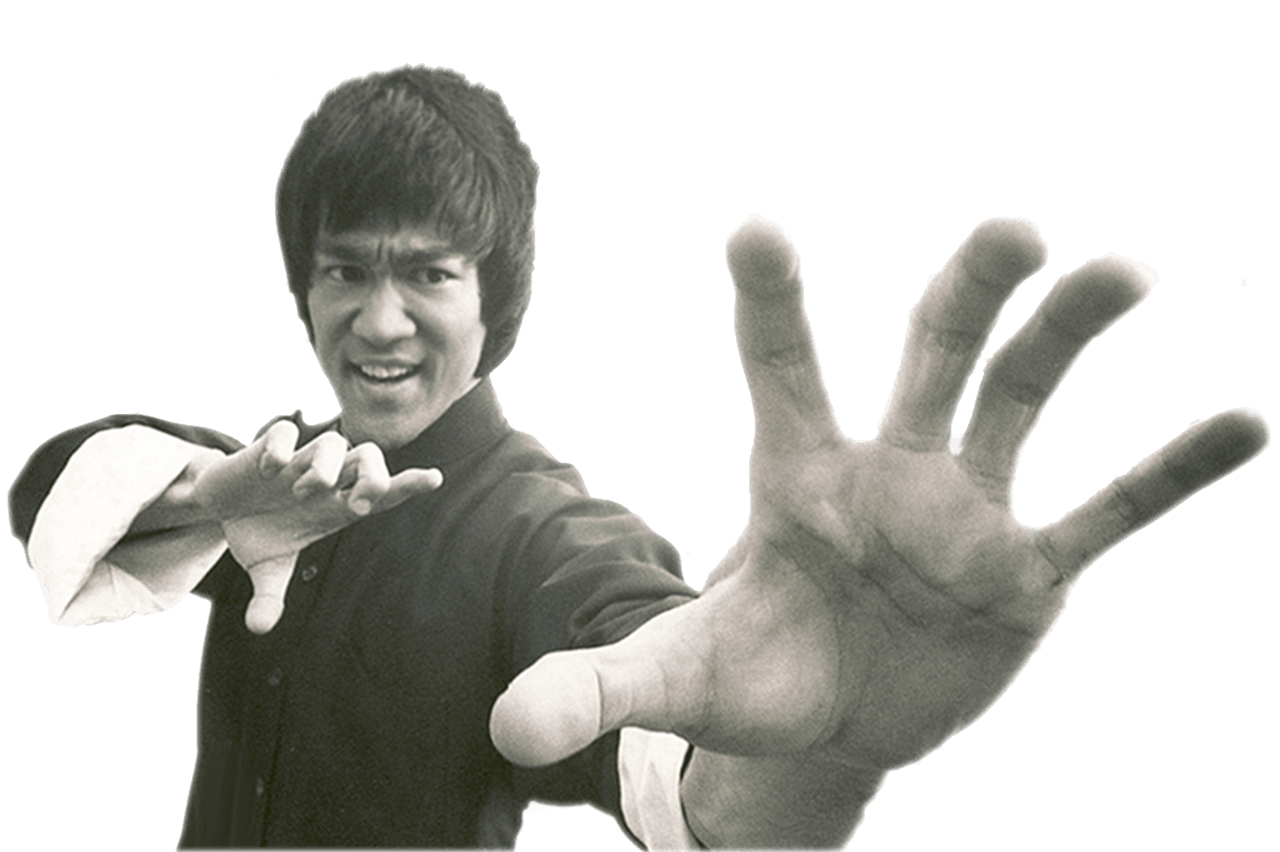 3 principles of attack that you must respect in personal defense.

The other day I wrote you some ways to identify an opponent but that’s not enough, which is why I tell you this soon you’ll understand it.

In addition to identifying opponents,there are some principles that help you especially if you are a self-defense practitioner to perform an effective target attack.

In jeet kune do these elements were theorized and applied by Lee who was a real fanatic of personal defense and things that work.

Criticism of the effectiveness and education of the body and technical principles for Lee was fierce, he never included things that didn’t really work. Never!!! 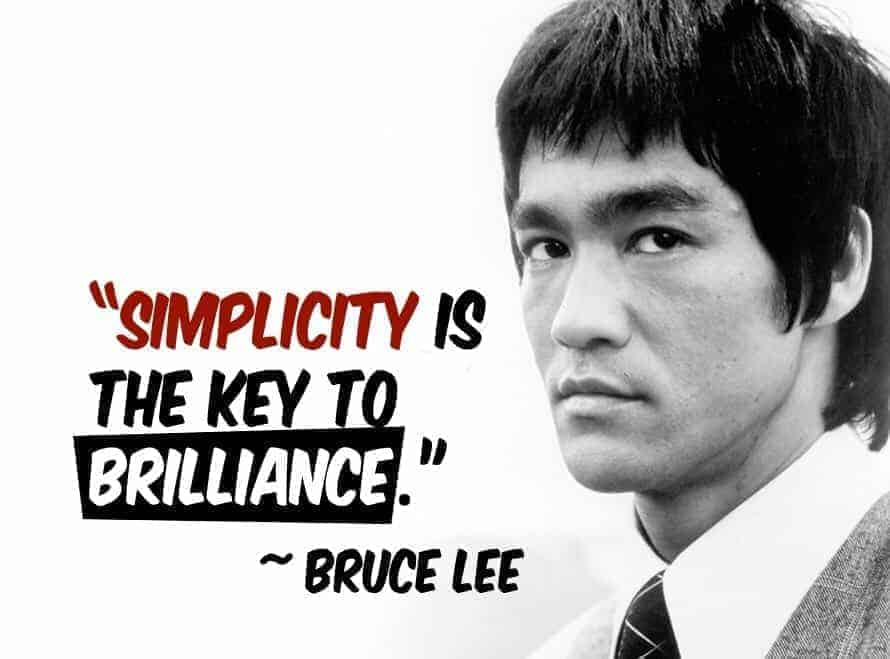 So you must ALWAYS remember at least these 3 principles: 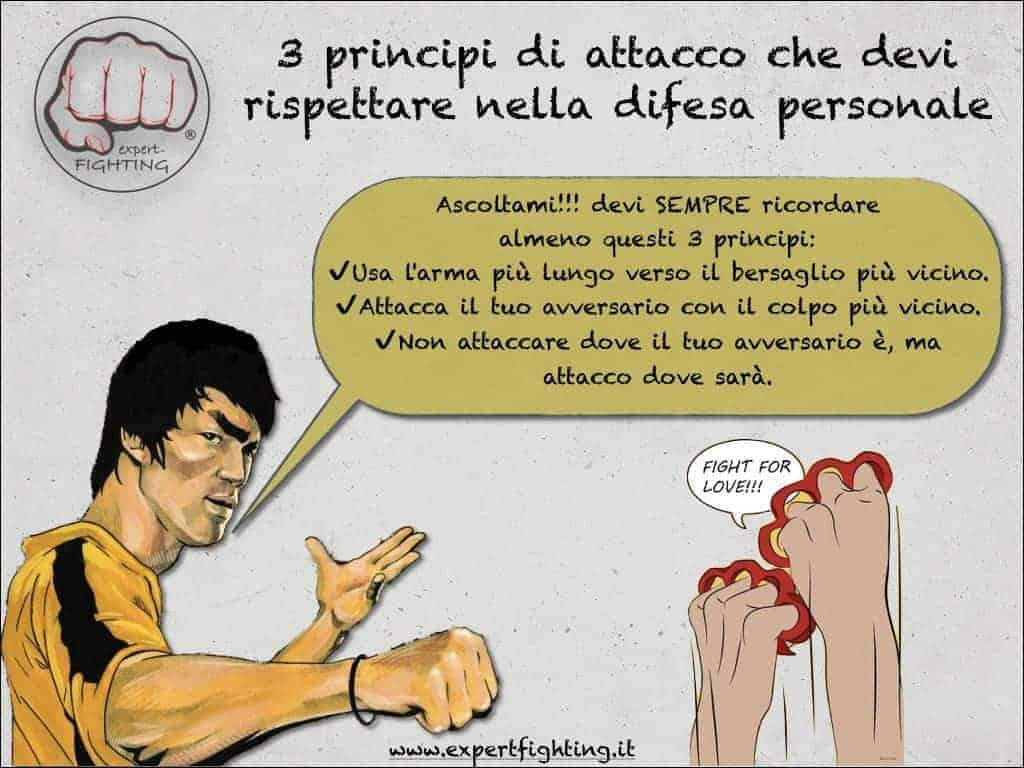 Use the longest weapon towards the nearest target

Lee has demonstrated this principle several times by targeting his knees with a lateral kick using his longer side kicking weapon (the back side kick the front shin or knee) or even the longest hand attack on the Finger Jab (a finger shot in the eyes), an attack becomes safer for execution.

Remote weapons help you maintain the combat size, and the proximity of the target makes attacks difficult for an opponent to avoid, because it moves in the target line of shots.

Attack your opponent with a closer shot. 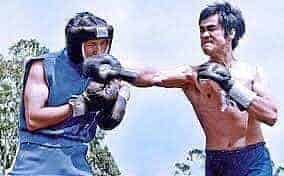 Sometimes people become so attached to certain attack patterns that they forget the nearest Open Target Point of the opponent.

Rather than trying to perform a complex technique, attack the nearest target with enough force to end the fight or create openings.

If that doesn’t work, the next attack has to evolve to a more technical follow-up technique that disables the opponent’s defenses, but you know what this means??? that the level of combat must be raised because the opponent is strong. ARE THEY DICKS!!!

You have to get into the soul of combat

If an opponent tries to move out of range of your attack, you need to adjust your aim to ensure that you can still hit your opponent with more snap and power.

This is a real trick, this is information that is worth a lot, something that takes you forward to your opponent to the point that it makes you look like a magician.
Apply these particular principles to your training, you will be able to maintain a form with less form (style without style) where every possible line of attack and defense is available.

The shape in the non-form.. 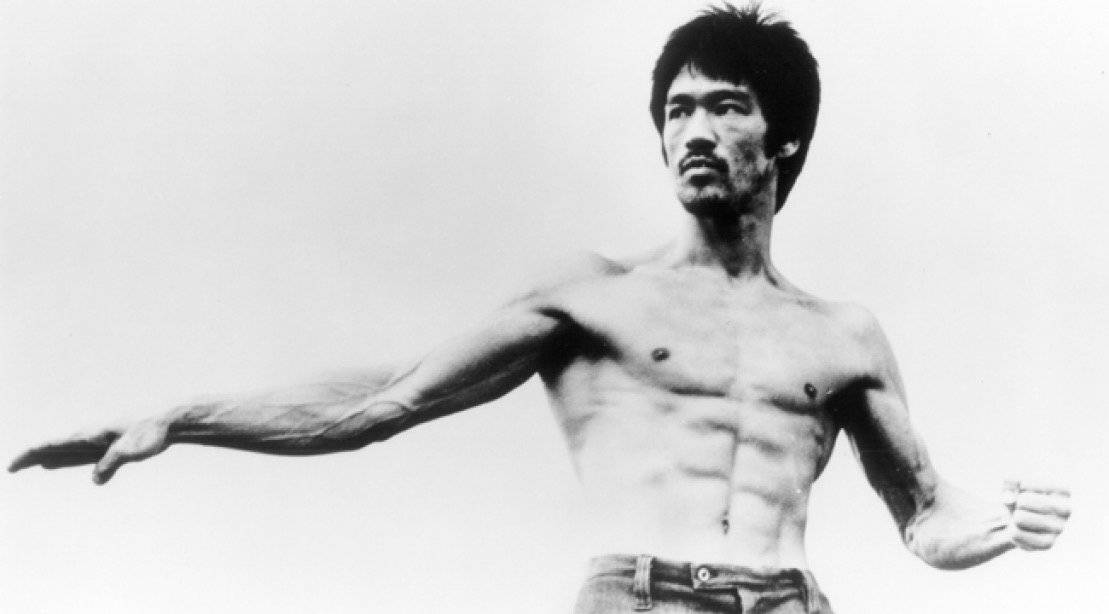 Stay Tuned! Have a good workout!!