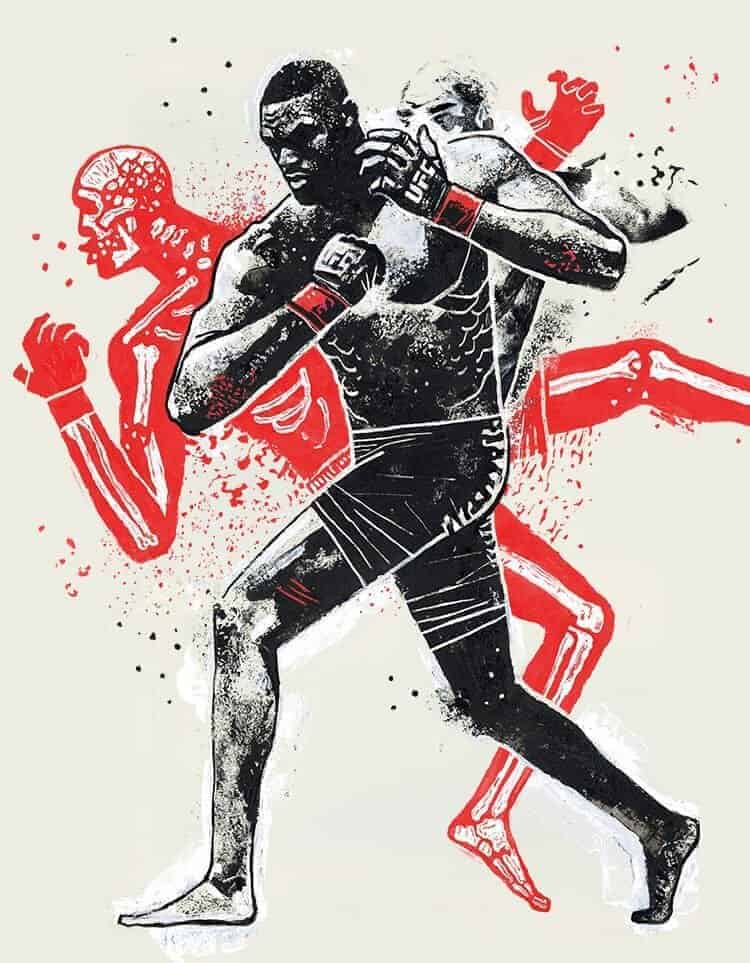 4 ways to close the gap in striking is more than technical advice but it’s a concept you need to expand but you have to start with these first ways.

If you follow combat sports you may have seen matches where the two opponents are visibly of different heights, but I’ll give you the example inthe UFC where the variable fight clearly also makes the height disadvantageous in some cases but where to name one par excellence Conor McGregor that with opponents taller than him of a few cm he has always found a lot of difficulty in the phases of striking but there is a reason related to his way of fighting that is based very much on the long distance that makes the most of both his hands and feet, now those few cm difference in height make the distance from his opponent even greater that even if little leads him to be closer to the distance of blows of the his opponent nullifying his great ability to strike from a distance.
You see the two matches with Nate Diaz (a match lost and a second won by points but without showing a great margin) , but the same match with Khabib Nurmagomedov where while always talking about an exceptional striker did not come out a real big difference.
Ps. I’d be curious to see a match with Tony Ferguson or Antony Pettis that are definitely higher.

Highlight your skills by closing the distance

Now if you have a good skill with your hands, elbows, knees or clinch game, then I’m talking to you about the medium and short distance it is very important to learn to enhance your ability to enter and close the distance.

Learning to close the distance is quite complicated at first for a simple reason: being you advance and you’re not doing it in the best way you usually start taking shots all the time and you feel defiant because when you approach and take shots and you can’t place yours comes to cry.

But don’t worry, you will learn and there are some techniques you need to try in your next sparring session that serve to help you get closer to your sparring partner.


1 – Set your shots in combinations


Perhaps one of the most overlooked facts in striking is to set your shots in combinations and not with single shots.

For example, if you want to shoot a punch or foot body, you don’t just have to pull your fist or kick, you have to do something else to distract your opponent and create the opening to get to the target.

The dynamics and power of the shots must also move differently, emphasizing the accuracy and power on the shot and target you’ve decided to hit.

If your opponent thinks something else (like a shot) is attacking him, they will defend that one and not block the shot you really want to take.

The feint in proportion to what I have told you is almost useless compared torepairing your actual blows by creating the opening through a combination.

Use a combination of boxing before kicking, it makes it more complicated for your opponent to protect the kick than to pull a direct kick or make a fake and pull the kick.

Ps. It doesn’t mean that fakes don’t work or that single shot doesn’t work but I’m talking about effectiveness percentages.

Think about what happens to you when you do sparring, if you only have to worry about single attacks, you have to “simply” block them or dodge them every time you see your opponent move towards you but sand that single shot had combined it you wouldn’t really know what shot he wants to pull you or what opening he wants to create to get you to target, it becomes harder to know and therefore”Anticipate” to parry and dodge, etc.

Distraction allows you to do what you want while making them think (a little too much) about what can happen to them.


2 – Strike and defend by “walking” with footwork


If you want to go in and close the distance you can’t do it by advancing like an angry animal running against its prey because qthis is an invitation to your opponent to hit you from the match because an uncoordinated action tends to discover you a lot and to do what they want of you.

You don’t export unnecessarily to closethe gap , although sometimes courage and a savage attack can solve the situation is never against an experienced opponent.

He pulls a few shots with the goal of assessing howclose you are to get a better distance rating, questo also blocks his vision and so it’s easier for youto get in.


So it’s important that you always progress using footwork even if quickly but you never have to lose your defensive structure as you progress, always stay with the watchful guard.

3 – Stand in front of your opponent

While you’re trying to close the distance, always stay in front of them.

If they move to your right, take a step to the right.

The same you have to do if you move to the left or if they are going backwards, you basically have to stay in the same range all the time, because the advantage of being right in front of your opponent in the same distance is like a tired pressure.

Attention, if you make them go in a circle and you leave, you have to start all over again.

This is also important to you if you take this, place a shot that you use only to take the space to go away or go out in a circle.


If you can maintain the relatively equal distance and advance from time to time, you’re much closer to reach the distance you need to place your shots.


I recommend staying in line with your opponent but always moving with your head so as not to give a fixed target.

4 – Take it to the ringside/ the octagon net or corner


If you can stand in front of them and put them under pressure it’s likely that you’ll be able to lead your opponent wherever you want.

Take it to the ropes, the ottagon net or a corner because this minimizes the chance to escape and you’ll be able to get in.

Closing the distance and being able to hit is the only way to score points and place the most wanted shot the KO because if you do not put shots do not score and if it is true that running can also save your skin but in the sport run away means to lose.

Closing the distance is possible with practice and some of the tactics to do so should and should be practiced in the gym over and over again using different methods.

If you put pressure on your opponent and block their attacks and immediately close the distance you can deal serious damage.

Boxing is the best way to do this.

Ps. This is also appreciated by the competition judges as better control of the ring and more aggression.

Some footwork movements that allow you to close the distance:

In Defense on attack closing your opponent’s distance from the average distance using the knee:

Timing in this case is crucial, so you need to do specific workouts, the Thais are masters in doing this going to interrupt the action with a knee along a different line of attack while the opponent is using the classic boxing shots.