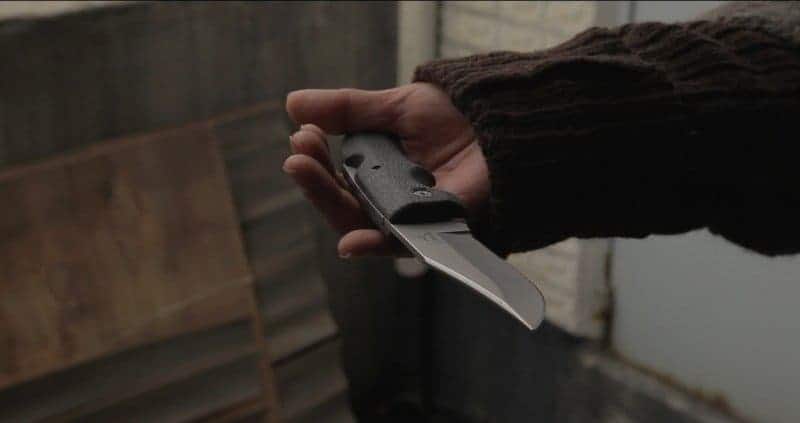 5 ways to see if your knife is sharp.
This blog is not a place where you can come and make moralistic sermons, not because it is not correct to aspire to a fair and better world but your rules are not those followed by your likely aggressor and he certainly does not want to give you any discount and you do not have to do it to him.


Weapons represent a strong equalizer used by an attacker to intimidate you, extort something, rob you or make you do things that you can not do and is at the same time a strong deterrent also for him because the blade is a blade for everyone and no one wants to do a knife duel because fear is not one-sided unless you find a madman or a “crocodile” junkie.

Now your blade must always be sharpened, but how do you figure out if your knife you bought on amazon after watching a movie.

A sharp knife is safer than in your hands that is not sharp.

Sounds strange to you?

They do what you want and do it well most of the time.

For those who have a blade that is not living to its full potential you must know that it could be a useless tool because making a cut and not a scratch is not something you can do with a non-sharp blade and to verify this there are tried and tested methods.

You know, you have in mind how those traditions that your grandfather always did in front of you and that maybe you forgot.

In Italy, even if it is lost, there is an ancient tradition on the use of the knife as well as the Middle Eastern and Latin American weights.

Here are 5 methods to check if your knife cuts:

The paper test is as famous as the round hole on Spyderco’s knives.

Get a printer card, phone book, or any other relatively thin paper you can find.

Play this game by trying to shave lines of paper as thin as possible.

If you see that it flows easily you are doing well, it is sharp but if your blade has to press through the paper or simply fold and shuffle then your knife needs a sharpening, here is everything, do this act of love, sharpen your knife. 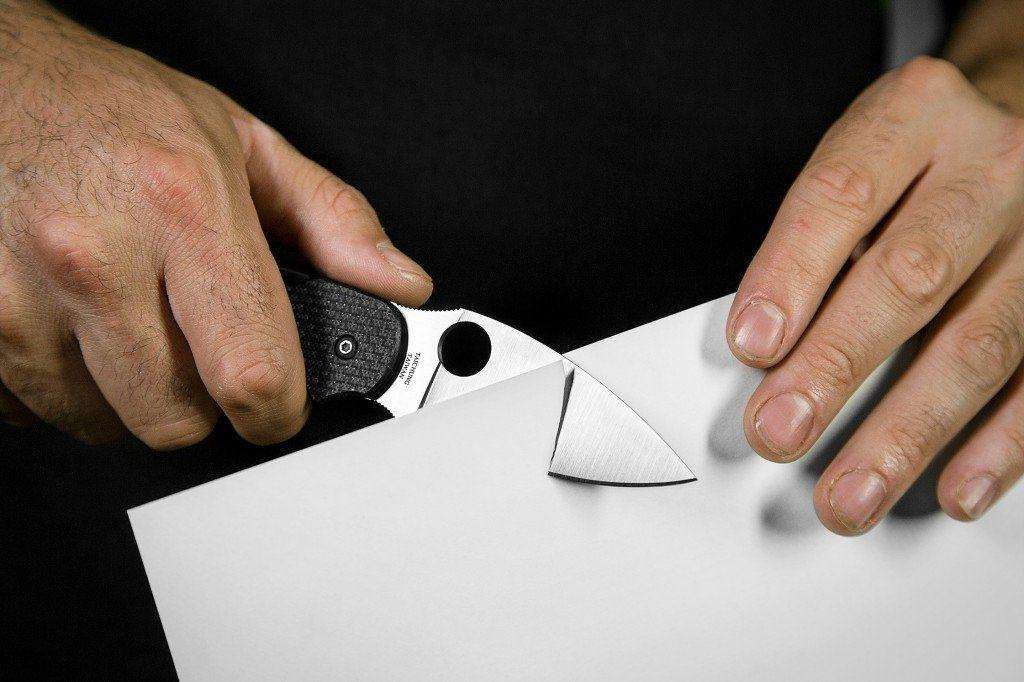 If you look closely at the arms of knife enthusiasts, you will probably see areas of the arms where hair does not seem to grow but this is not the case.

A knife that easily shaves hair is a very sharp knife.

Arm hair is a great way to test blade sharpening on any type of blade. 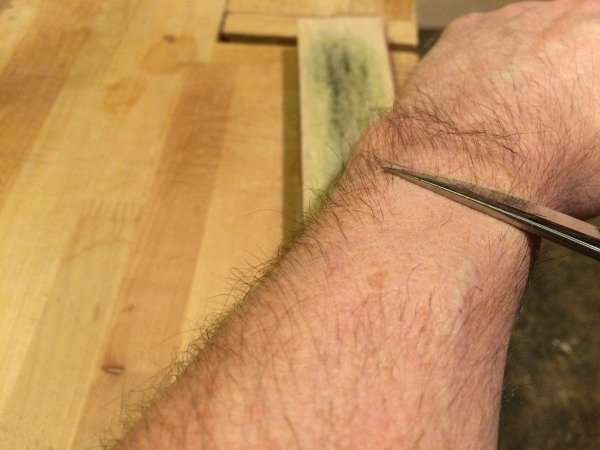 It is a kind of magnetic attraction, but with sharp steel and whatever the shape of the nails this happens.

Just place your blade in a nail at a slight angle.

If the blade penetrates it is sharp, if it slips, it is necessary that you devote time and attention to it, it is to be sharpened. 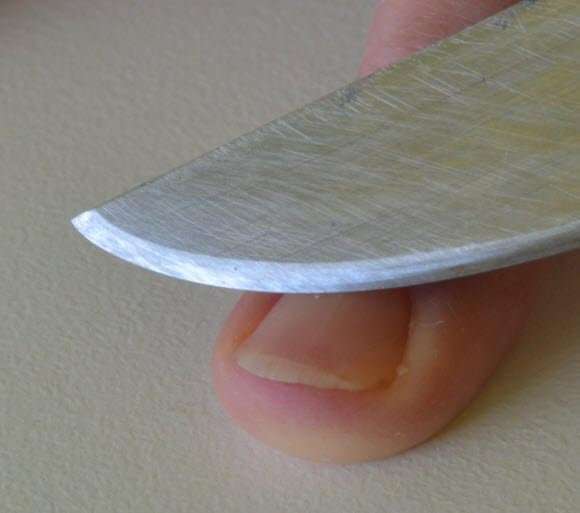 Tomatoes and potatoes through your sharp blade must cut very easily.

If your knife can cut thin pieces of tomato effortlessly, it is sharp.

When slicing potatoes, the smoother the edge of the potato, the sharper the blade.

The little sharp knives instead will leave more ruined and broken edges. 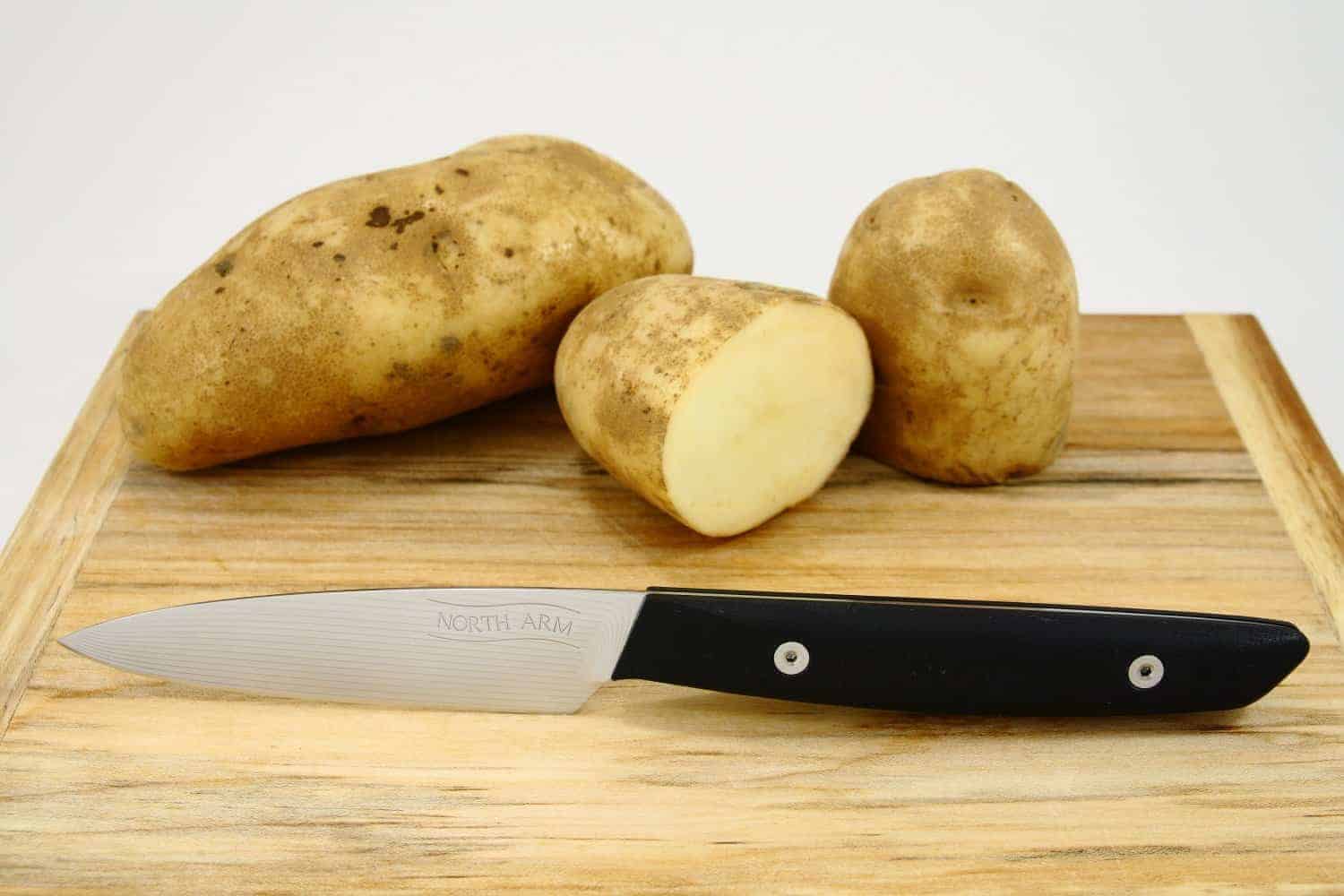 Perhaps the oldest trick in the book and paper is the thumb method.

Run your thumb perpendicular to the cutting edge of your knife (not along the blade!)

And see if you can hear a slight grab.

This requires some practice before you are able to feel the difference between a sharp knife and a useless one.

I don’t have to explain to you that doing this can be dangerous and you have to make this grip with extreme caution! 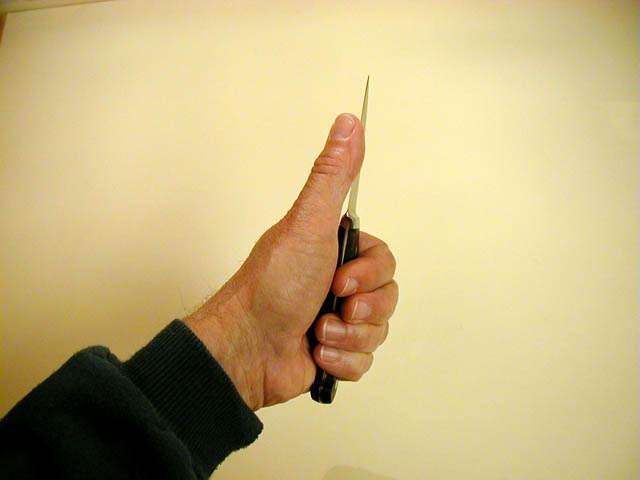 Now that you have tested your knife through cutting tests, one question remains: Is it necessary to have some love and respect for your blade?

Yes! Remember to respect the blade.

The following sharpening guides will restore your blade to all the glory it had when it was fresh in the box but remember to respect it, it is not a game, never disrespect it because it is and remains one of the most insidious weapons created by man despite its apparent simplicity.

More From: Weapons for self-defense