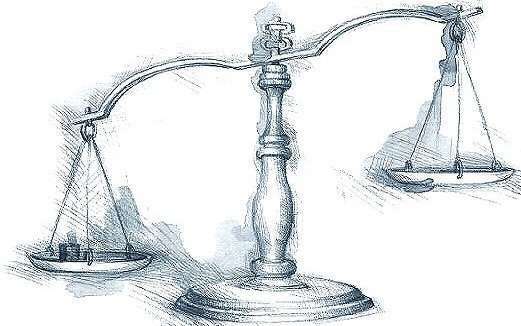 Articles 52 and 53 of the Criminal Code and self-defence.

52 to 53 is not 105, nods on the legislation concerning the field of personal defence.

There are two articles of the Code of Criminal Procedure that it is essential to know and analyse before legally making mistakes in personal defence: Article 52 and 55.

Because it’s okay to know how to defend yourself, it’s okay to do the courses, but it doesn’t even make sense to ruin your life for a fool when you can let it go, but you risk going into serious judicial trouble even if your ego is happy to have smashed the head of that bully, or that thug.

Now why do I tell you this?.

Because you have to be aware that you’re on the side of reason or wrong the moment you react, you’re still going to be put on trial to ascertain the facts.

Our legal system guarantees everyone the right to self-defence, which is considered a “discriminatory”.

This means that even a murder can be permissible if committed to protect one’s life.

But self-defense is allowed by the code with a precise limit:

the reaction, that is, must be proportionate to the offense; otherwise the excessive defence could constitute a case of manslaughter.

Art. 52 of the Criminal Code says:

“It is not punishable who committed the fact that he was forced by the need to defend one’s own or others’ right against a current danger of an unjust offense provided that the defense is proportionate to the offense.”

Now let’s analyze the keywords that can be interpreted and the explanations that result can also lead you to become a victim who reacted to accused in a trial:

Art. 55 of the Criminal Procedure Code instead says:

“When, in committing any of the facts under Articles 51, 52, 53, 54, the limits set by law and the order of the authority apply, the provisions relating to manslaughter apply if the fact is required by law as a manslaughter crime.”

Now let’s re-analyze the keywords in this article:

– The word Over-defense: This is the most crucial and sensitive point of judicial disputes in the area of aggression defence.

A number of circumstances need to be taken into account when analysing the case:

Now some considerations that I think have already come to your mind.

From what you have read above it is clear that the same situation experienced by different subjects such as an elderly medium or with health problems or a professional boxer will lead to different legal outcomes.

All this is absolutely correct, but there is no list that would be very complicated to carry out, of what is lawful and what is not in the individual situations, the final judgment in a hypothetical trial will depend almost entirely on the interpretation that the judge will give to the facts and the defense.

That said the best choice I recommend is to give you a run if you can do it.

It is in fact a serious aggravation to justify the fact that you voluntarily remained in a situation at risk (see art.52), when you could have escaped.

What we need to defend is one’s own safety, not one’s own image or pride.

The only justification accepted for a waiver of escape (if possible, of course) is in case your escape exposes you and other people with you to a greater risk than at present.

For example: risk of circulatory cardio problems, asthma, risks related to the place (if you run at night in a forest that you do not know in the dark), or the risk that the aggressor for your escape will turn on people less suitable than you to face the situation (if I am attacked at night in a park and you are with two children playing… but what the hell are you doing with two kids in a park at night alone??).

Article 52 IN 2006 underwent an important integration by inserting the some paragraphs relating to the defense and protection of private property.

“In the cases under Article 614, first and second paragraph, there is the proportion ratio referred to in the first paragraph of this article if any legitimately present in one of the places indicated there uses a legitimately held weapon or other suitable means of defending:

(a) your own or others’ safety;

b) the property of own or others, when there is no existence and there is a danger of aggression. The provision in the second paragraph also applies if the fact has taken place within any other place where commercial, professional or business activity is carried out.”

So the ratio of proportion to which the first part mentions is that of the defense proportionate to the offense.

It is therefore stated that this proportion exists (and does not decay) even if the citizen, within his home, office or shop, uses a legitimately held weapon to defend himself.

The two subpoints a and b pay attention because they are crucial to understanding the limits of using a weapon as a possibility:

There must be a real threat to the safety of the assailant, and the assailant, who has been called upon to desist from attempted theft, does not intend to give up his action and instead threatens aggression.

This means that it is not possible, for example, to shoot a thief who enters my house for the mere fact that he has violated private property.

But if he comes into my house, I pull out a regularly held gun, I’m going to put him out and he jumps on me with a knife, now by law I can fire, whereas before I’d be spun straight into jail.

This measure has raised a debate and still is today after many years, and many already at the time were outraged by calling it a “far west” law.

I think we need to pay attention to this issue.

The law does not incite shooting or the dissemination of weapons but guarantees the right to use a weapon already possessed if a person violates the limits of my property and poses a threat with the certain intention to cause harm and be a danger.

I believe that a citizen has the right to protect his loved ones and his home because a thug has no right to enter my house and rape my daughter in his sleep and steal everything from me, he must know that if he wants to try to do so he risks and it is right that he pays the consequences.

What needs to be reviewed is the way in which the port of arms is released, which must also require the highest levels of control in the home, which often does not happen by leaving weapons to people who are not psychologically stable.

Now to conclude I want you to know one thing, however the question your goal is to bring home your and your loved ones’ skin, running away, beating, or whatever way it allows you to get out of a bad situation.

The trial with you invalid, dead, or with the girl who suffered violence even if with a conviction for those thugs I don’t think it would give you satisfaction compared to knowing that you came out victorious either by running away or making this scum harmless.

Do it healthily and live the process.

IF YOU CAN AVOID BUT IF YOU CAN’T THINK ABOUT BRINGING YOUR SKIN HOME!!

Stay Tuned! Articles of the Criminal Code and Personal Defense!