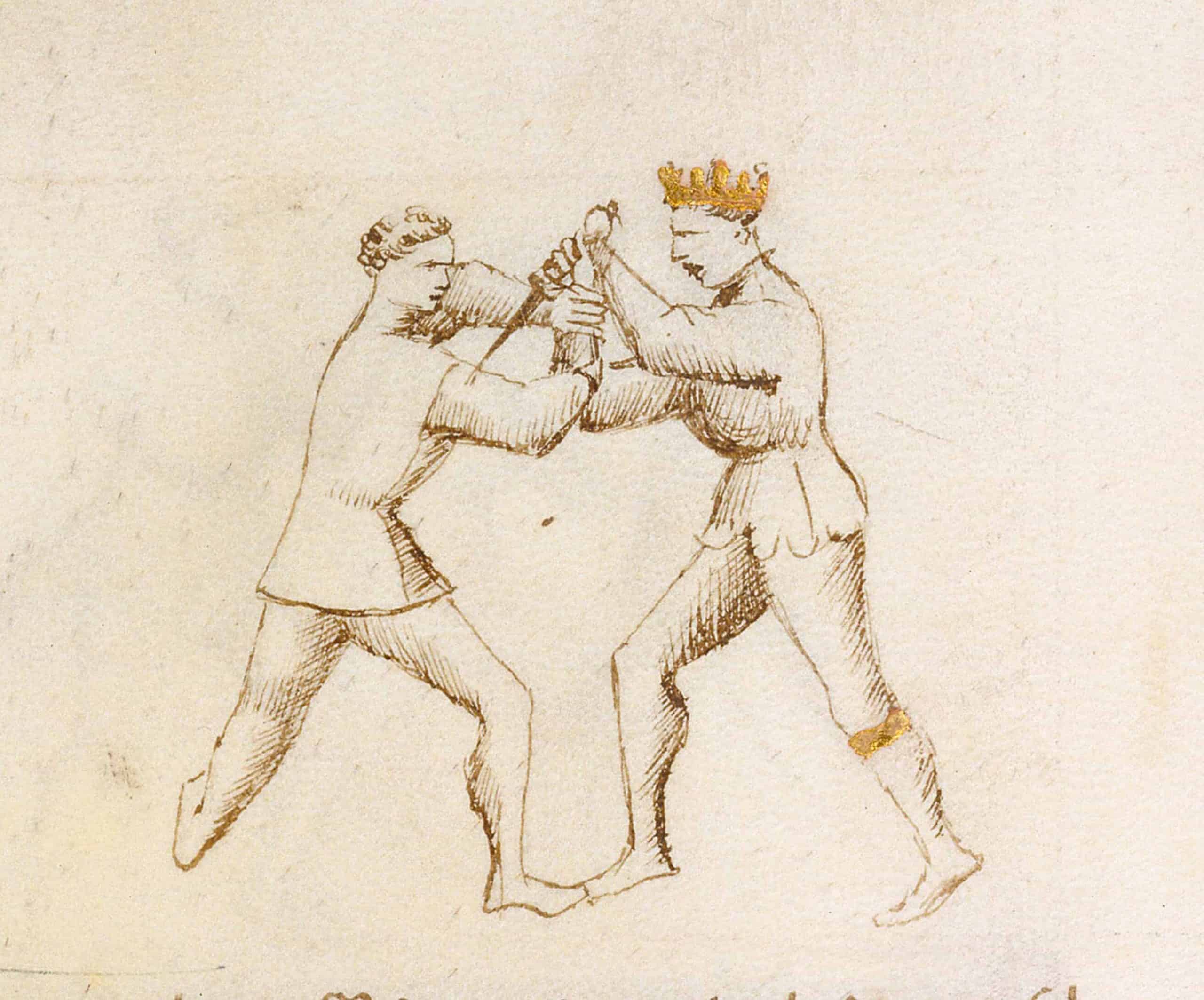 There are at least 7 short knife fencing actions that you need to know.

Screen actions are strategies to create space for you to insert a winning/deadly shot.

explaining to you some actions that always happen during the sparring phase.

Remember that all short fencing actions in the attack phase or in the defense phase must always perform them strictly respecting the basic criteria of time, speed and distance (measure) that you want to simplify them in this form:

Time means the unit of measurement of the knife-moving assault: every action you do – a straight bang, a parade, a fake, etc. – is considered a time.

The right time means taking the most auspicious moment to perform a given action effectively.

Remember as a rule that the correct attack action must not exceed three times (e.g. fake, fake, bang), the more times you put is more expose yourself, one important thing is not to leave dead or empty times during your action because it is at that stage that your opponent inserts his shots, in the empty phases that you never have to do because he considers that there is a very delicate phase to manage that is the occupied space to enter me I’m speaking of paro and I strike at the same time, this phase is very delicate, like the phase dodgy and I strike at the same time.

This means that your footwork and hand alive even as you move and attack with your armed hand must always monitor the space where your body and primary targets are.

The term speed refers to the time (physical) taken to perform a given action (space-to-time ratio) speed; speed doesn’t always have to be lightning fast (e.g. too fast a feint is not even perceived by the opponent and therefore serves no purpose), what matters is to actively manage the change of pace, to disorient the opponent.

Ps. What’s important is timing this is what really makes you fast in the eyes of the opponent and it’s a combination of the time and speed of your execution which is an important aspect anyway because you can’t clearly be too slow but what I don’t want is that you focus too much just on the speed of athletics because it’s not enough for you.

Distance (or even a measure) means the space between two fighters so that with a lunge you can touch the aggressor and he too can touch you.

So it’s critical that you use your eye to measure the correct distance well to make your attacks effective and to empty your opponent’s. 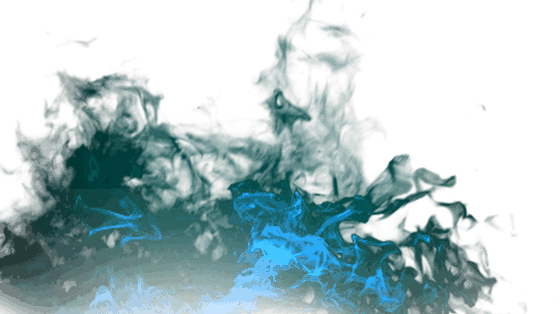 Fake is an attack simulation action that you have to use to provoke a parade reaction of the opponent or his movement to hit him then in an open target.

To be effective, the fake movement must be well perceived by the opponent in order to cause the desired reaction but it must seem true because otherwise you risk being attacked on the time of your fake if it is perceived as “fake” (sorry the pun)

Fake it you can make simple or composed.

Remember the refined technique of double faux (pretend to cause the parade, stop the attack movement that is light so as not to limit the movement and on lifting the knife from the opponent’s parade finish on the same target).

2. Look for the knife

The search for the knife is to deflect the opponent’s blade from the guard to create a space and touch.

When the contact on the opponent’s knife is prolonged, the action is called a ligament and is intended as an attack preparation, or the provocation of a “detachment” reaction of the opponent.

Beware that being short the knife compared to a sword the times of this movement are very short.

If, on the contrary, the contact is instantaneous, it is called the bar.

If the contact is instantaneous, but performed by crawling forcefully on the opposing blade, it is called a smear.

Horse-drawn is the movement that allows you to detach yourself from your opponent’s knife.

This action is performed to evade a save or against an attempt at ligament, batting or smear.

Counter-quarrying is the mirror movement to be opposed to the quarrying to maintain the position of advantage over the opposing iron.

If you always have to be above or inside with respect to your opponent’s blade.

The thread is the technique that has always distinguished the Italian style of fencing and is based on the principle of parade (or find sword) and answer (or bang) in a unique time.

By wire it is therefore meant to hit (tip) without removing contact from the opponent’s knife, gaining space degrees until you reach the target.

The parade-response technique in a unique time is currently called contraction.

5. Half time and countertime

The half time is the shot pulled to the advanced target (armed arm) on the opponent’s attack, the Filipinos call it breaking the snake’s tooth.

Instead, the counter-time is the shot always fired on the opponent’s attack, but to the backward targets (the current “stop in time”).

It’s a setback, a kind of advance through his attack.

The tra shop consists of making a series of movements of the weapon preparatory to an attack or defense;

The most used are definitely the reels, that is, rotational movements of the knife using as a butt the wrist (hand knot).

The reels can be of three types: from above, uprights and around.

Each of these can be performed on both the right and the left.

The reels are carried out by making the knife a complete turn that ends: in a blow, for the reels from above, in a reel, for the upright reels, in a round, for the reels around (the blow that springs from the reel is called tramazone).

These techniques, used a lot in older fencing with heavy weapons relies heavily on locking.

Carry out with the unarmedhand (the livinghand), the opponent’s armed hand, followed by a tip or cut shot.

Of course, to perform these techniques you need to close the distance decisively and quickly to avoid the opponent’s counter-time.

The most common grip is the grip above hand is the simplest and most effective technique of tight play:

Ps. Beware not the forearm but the wrist because you have to prevent him from rotating the blade even better if he grabbed the hypothalamus which is the fleshy part of the hand near the thumb. 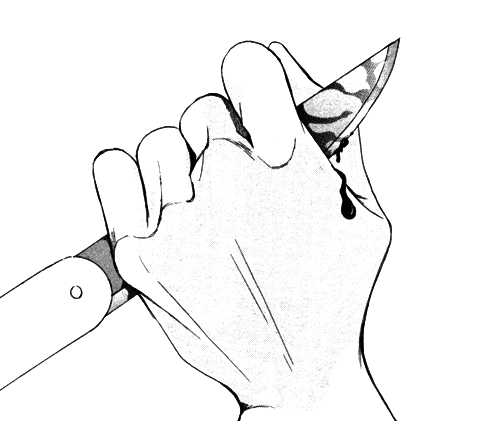 Now that you know these 7 short fencing actions try to observe what you do or your mates in training you will always see these actions.

I did not want to go into the details of these individual actions at this time because if you are interested I can show you them in other contexts and occasions.

Consider that only for fakes there are dozens and dozens of tricks to create your opponent’s openings and the same goes for movements, footwork etc. but friend step by step ok??

Now do these 7 screen actions, vary your short fencing.