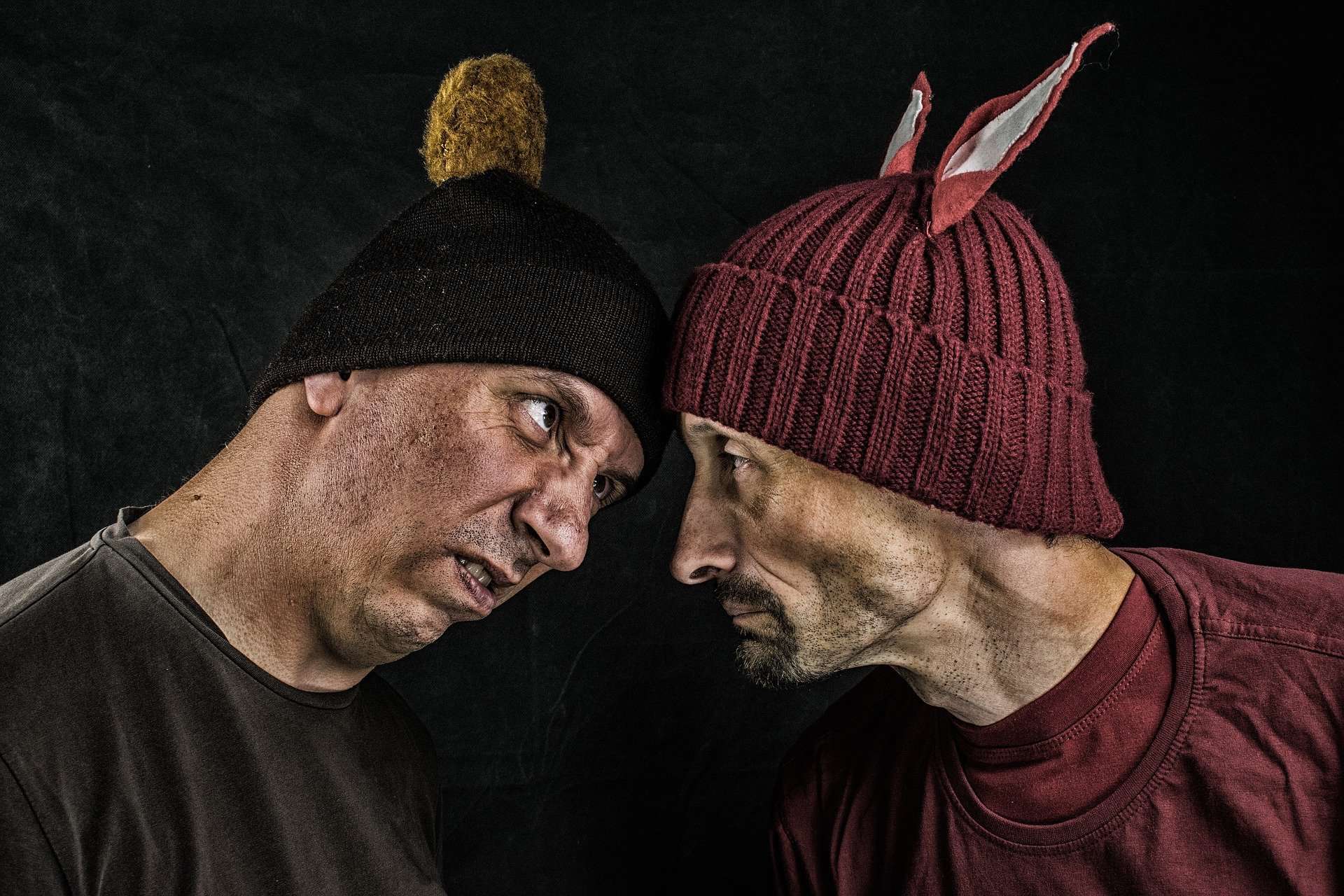 A brief reflection and outlet of the combat sports and personal defense sector!

The cat and fox also exist for the martial arts and combat sports industry.

This post is a small outlet but it’s not the first time I’ve written posts that speak openly about the environment of personal defense and combat sports on non-technical topics but more about professional ethics.

In particular in this post I want to talk to you about the phenomenon that has occurred in recent periods especially in YouTube where you see continuous clashes with a cadence that varies according to the periods that sees opposing characters who push combat sport and others personal defense.

I hope that by now it is clear to everyone, also thanks to this blog and the work that we have been doing for years that sport is still functional to self-defense because it is a way to work while keeping the two practices quite distinct because they have totally different dynamics and contexts but that are still necessary to develop the skills of combat.

Now without going into this topic that is already covered in many blog posts I want to talk to you about some things that I can not stand but that are on the cock is martial marketing not based on content but on stupidities.

Marketing in the world of non-content-based fighting is from incompetent and low-level people!

The attacks often you see are fake or deliberately constructed because clearly if you attack a You Tuber of a “certain weight” everyone comes to see who you are and someone can also be attracted to what you do, or to have some viewing of an audience of kids.

The Facebook itself is full of “problematic” characters who argue with everyone and that now with the passage of time are known to the point that they are no longer even believable as characters from Facebook I would say not to say that they are nobody who have built a character.

No art is excluded, even the most niche ones such as eskrima or Kali Filippino. 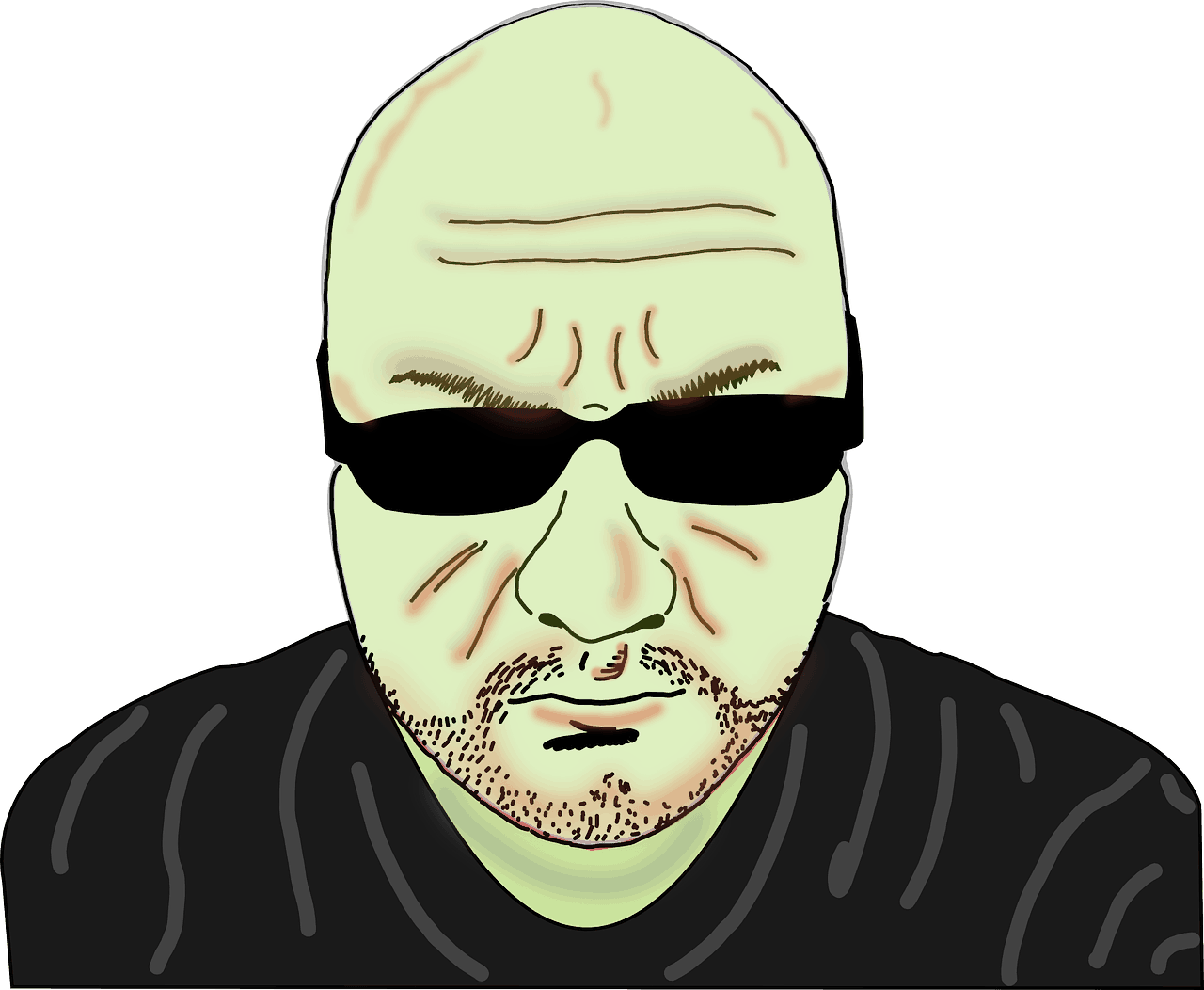 I find this typically Italian, and it is a phenomenon that from what friends and trainers tell me in other sectors also happens in Fitness Italy (where in addition to fake or real fights defaming doping it is declared without too many problems) and also in the world of combat sports and personal defense Italy, here I find this really unprofessional, and often in YouTube we have seen (often of the same geographical area to understand) practicing sports and personal defense attacks on each other as well as You Tuber of personal defense attacking practitioners of Krav Maga attacking them with the famous nicknames now cleared customs like Krav Maghi and their Krav Magic where on this it would take a more in-depth reflection but being that I do not practice and teach Krav Maga is not something that I particularly care about but that is a questionable way of acting in the substance of the mode.

I think every activity has rotten apples and if you really have to say something you have to attack someone specifically and not in general because this is a low way of discrediting, it is unprofessional (although often these characters say they are) and above all devoid of content but this is the way for those who do not have resources to camp, defaming the competition without using anything concrete.

Worse, when “content” is seen to be made by people who are learning or improvising in sport or self-defense based on who “speaks,” it takes responsibility when teaching people certain issues.

Today if you look at social media it seems that those who do not have a job or profession teach “martial arts” or are personal trainers!

Maybe kids don’t notice it but growing up they will understand while instead those who practice seriously or do not give views as my friend says or look at them to laugh, but I do not think it is the purpose as a practicing martial arts or combat sport make other fans and practitioners laugh.

Instructor Zero and its positive message

One thing I have greatly appreciated from Instructor Zero that for those who do not know him in the field of firearms and defense with firearms is a true professional of the highest level (although it is reductive as description given the character, the competence and passion that it puts) that during these quarantine days has done some live to make some very interesting lessons and allow these days of limitation to continue to talk to other enthusiasts with an online training.

Instructor Zero during one of these online lessons said one thing that I often say that people who know me and that I fully share:

“When I go to someone for a training course to update me or learn and start talking bad about the competition or other instructors, institution, etc. I take my stuff and I leave because this denotas poor professionalism” 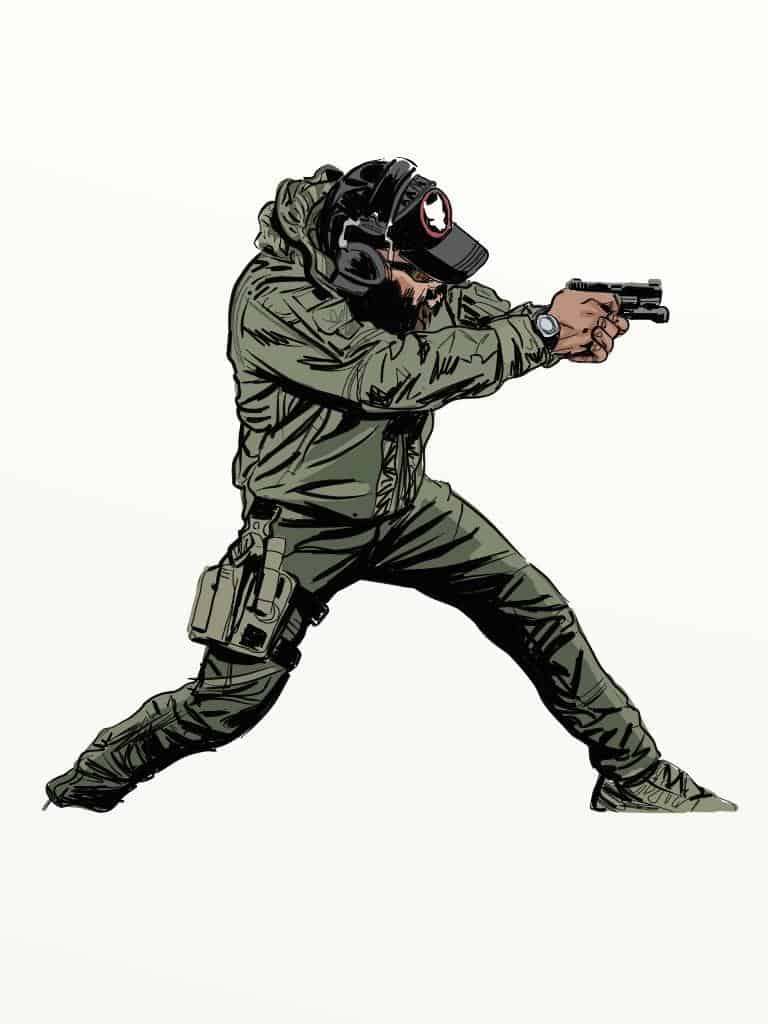 For me to hear these words was emblematic because it has further brought out the professionalism of Instructor Zero and the fact that it also comes from an approach to life that is not a detail that you can underestimate if you really want to get to certain levels.

We’ve talked about it several times on the Expert Fighting team but I think it’s time to create video content but not only! Something that until now that we have not deliberately done because self-defense is not a game for some of us and therefore you need to take proper precautions!

It was your fault!

You got it right! I’m not a Krav Maga practitioner and instructor otherwise I wouldn’t have allowed it but if they screwed you up it was your fault.

It was you serious instructors who allowed it (because I think someone serious there is) that you did not stop the diplomas from the weekend, the courses and you did not stop those who speculated with the Krav Maga sputing your category and especially your brand!

Now even if you’re not all like that maybe it’s late!

It is no coincidence that today many have invented new names, a kind of transformation to mask in the eyes of the non-experts but not in the eyes of professionals their training that is evidently derived from the Krav Maga if not even but this I say with pride and with a finally understand how combat sport must be integrated into training!

Now I think I was the first to talk openly on the blog about this fundamental integration and today everyone to talk about it when a few years ago there was a clear division so do not come to make fun of those who have been working with the Methodological division and approach between sport and personal defense but with a perfect integration for the development of skills that is essential to develop if we talk about combat.

I often go to read a blog called mixed martial disappointment, I do not know the person personally and I do not always share his thoughts but I still like his criticism and his way of thinking.

Although he clearly has his own opinion and his ideas I think he is still a person who says his thoughts openly and consistently.

I’m happy to mention it because I happened to read his posts and I think he’s still consistent with himself and that’s no small thing.

Mixed martial disappointments is a job done for over 10 years and without a double end except to share his experience with those who like to read it. 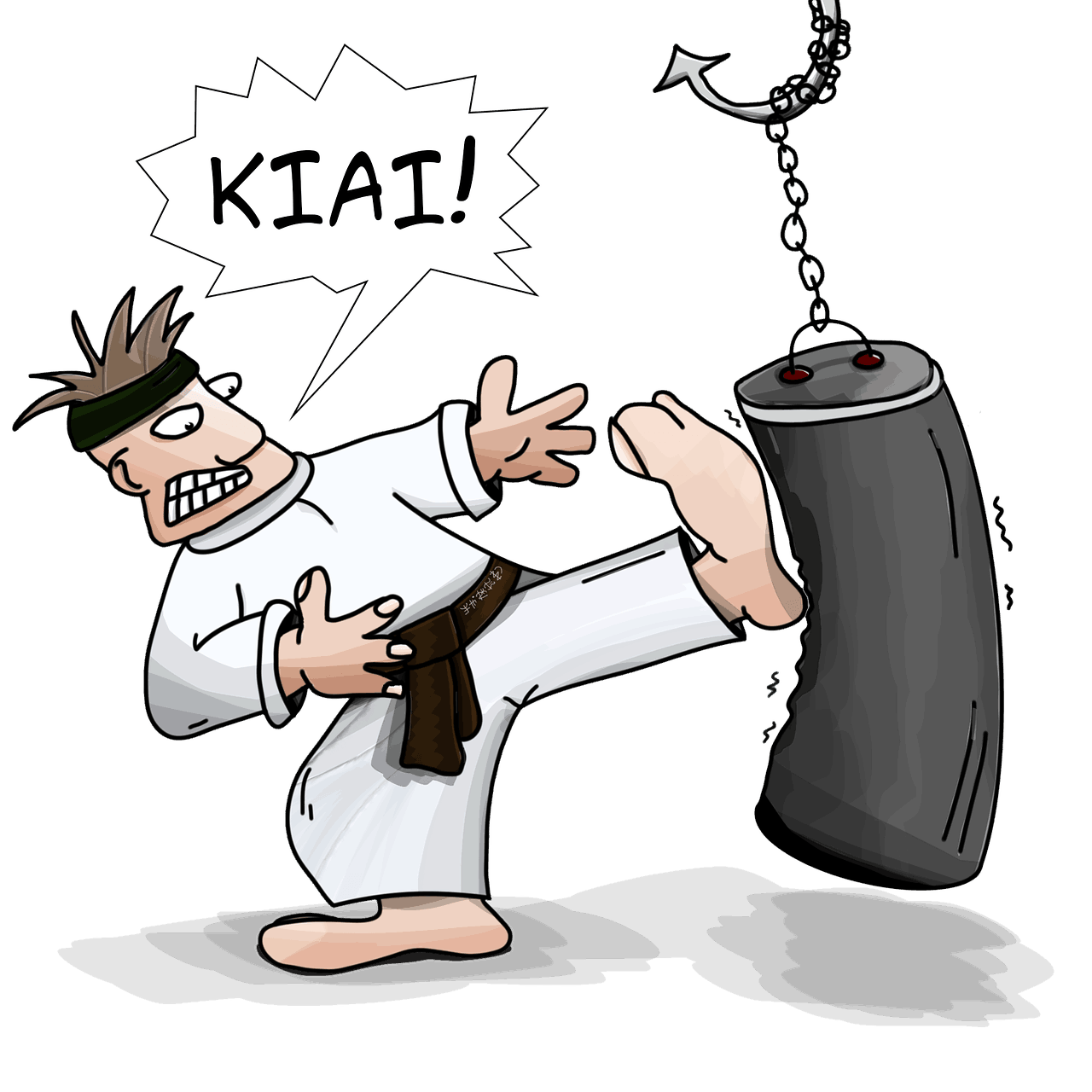 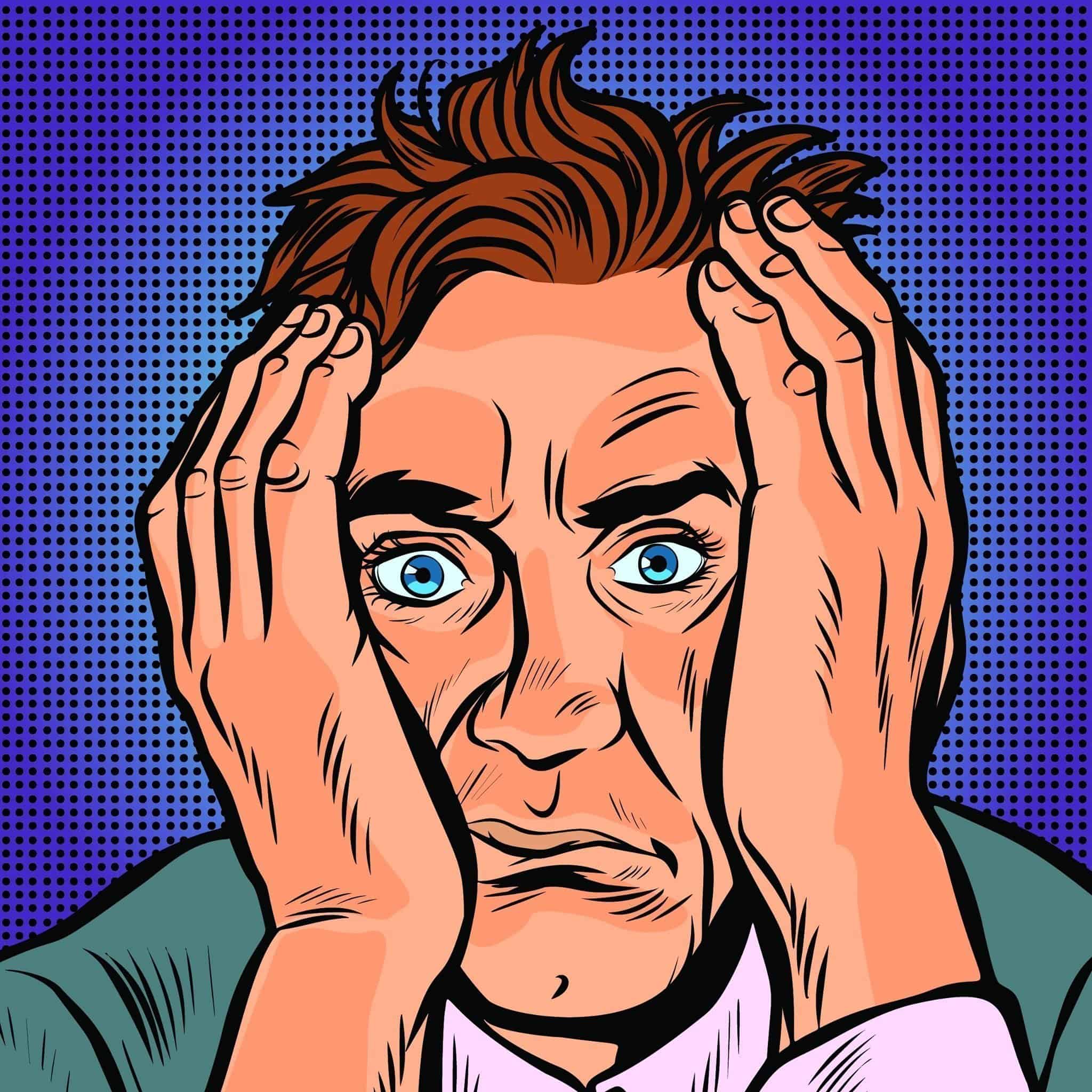 Maybe it’s a cultural fact but Americans are more professional, that doesn’t mean there’s no rivalry and competition but it’s more based on the content and quality of service they offer.

In Italy I am sorry to say it is always falling into gossip and the lowness of the defamation of the other often without putting content but only in empty words.

Where are the real professionals?

Ps. There are competent people, both enthusiasts and masters but few really have the skills beyond the acronyms and federations that are often a bit like the current proposal of the “Pact of Sciences” a way to monopolize the sport and not really to promote it as is often said.

If you don’t pay anymore, you don’t have a brooch anymore!

It’s no coincidence that money and affiliations are spinning and the moment you don’t pay it’s like I’m no longer able to professionally teach various combat sports, personal defense or martial arts.

Gentlemen wake up! These documents are not a diploma or a degree in engineering issued by the state, they are pieces of paper that have a symbolic value, even representing the work and fatigue done, and clearly also a way that the managers of gyms and courses use to pay instructors and maintain the structure.

This is understandable but remember that it is only paper! What you do and know how to do is the real value! but I know it’s full of collectors and diplomas that they use as if to prove that they are good, or by posting photos with more or less famous characters!

I am sorry for this outburst but I repeat that in my own way I hope to make my contribution to this sector so active but often debated and victim of often borderline characters really to real fraudsters of sport and self-defense.

Self-defense scammers some without realizing it, those who open courses after learning some technique not understanding what is really behind the technique and that the technique is like the letter of the alphabet, it must be inserted along with other letters to build words, to make sentences of meaning accomplished, then there is punctuation, etc. etc.

Often in fact and I have to say unfortunately not practising but “pseudo masters or trainers” do not understand that the complicated part is not the technical study that is fundamental but is just one of the first steps.

Excuse the outburst but I wanted to say my own!

Ps. We are also coming to other online platforms!