Abusive Gym Reminder, the app that insults you if you don’t go to the gym!

The free smartphone app is called Abusive Gym Reminder and consists of sending messages to encourage lazy people to go to the gym.

We all want to emulate top fighter athletes or have sculpted physique and tonic but everyone knows that you need perseverance, continuous dedication.

But even if you know it, not everyone is willing to go to the gym, follow a strict diet and make sacrifices.

At least not every day.

And so instead of going to the gym you postpone and stay at home to train on Facebook or YouTube.

Maybe a few hours later you regret it as well and guilt keeps you awake or awake all night but the gym has already closed and a training day is hopelessly skipped.

What is a possible solution to this problem of laziness?

If you are a proud person who reacts when you are insulted then this is good news because this app can work.

This app is called “Abusive Gym Reminder”, and is among the most downloaded of 2019 on the Android Play Store.

As easily imagined by reading its name, it is an app that, obsessively, reminds the owner of the smartphone on which it is installed that it is time to go to the gym.

A not indifferent psychological stimulus, therefore. 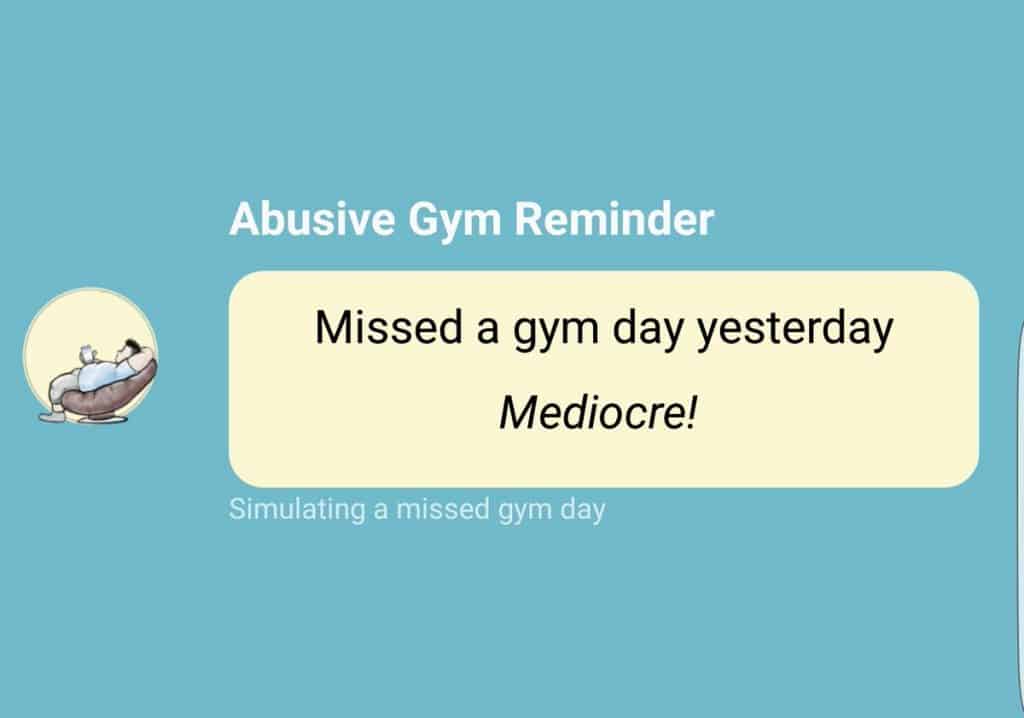 When you receive continuous messages with more or less heavy insults, something inevitably happens within us.

The app in question records both the hours spent in the gym and the days when you prefer to stay at home.

When that happens, there comes a kind of sms with insults of various kinds.

When you go to the gym after a long absence, the app does not compliment you; anything else:

are the most common messages in this circumstance. 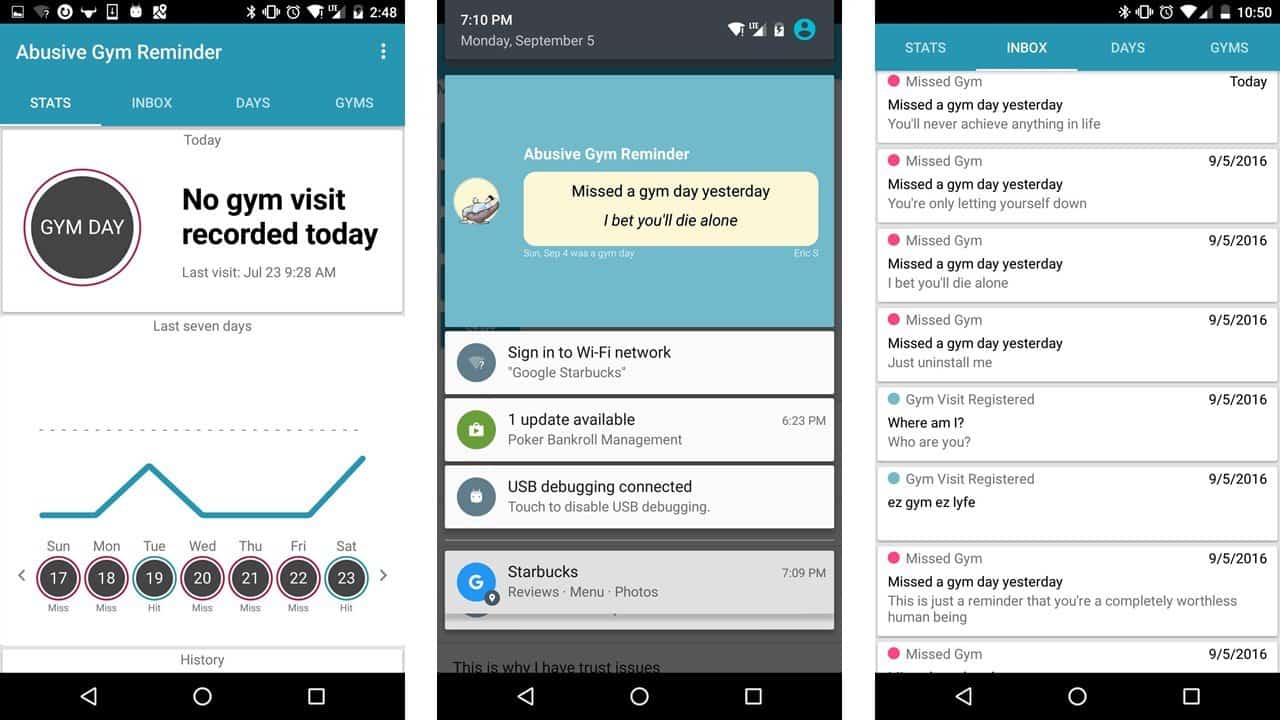 Clearly the level of insults is adjustable: if you are very touchy you can select to receive only unin offensive epithets.

Someone on the web points out an interesting aspect of the matter: some people, clearly listless, may have a brilliant excuse not to go to the gym despite the insults.

What would be the valid justification?

Wanting to hear the extent to which the insults inserted into the software by the creators of the app arrive.

Abusive Gym Reminder is among the most downloaded apps of recent weeks.

Abusive Gym Reminder, however sympathetic it may seem to the user, has nothing to do with it and has only one purpose: to make you move… ass!

Yes, because the goal is to send you directly to the gym, to make sure that your training program is respected. 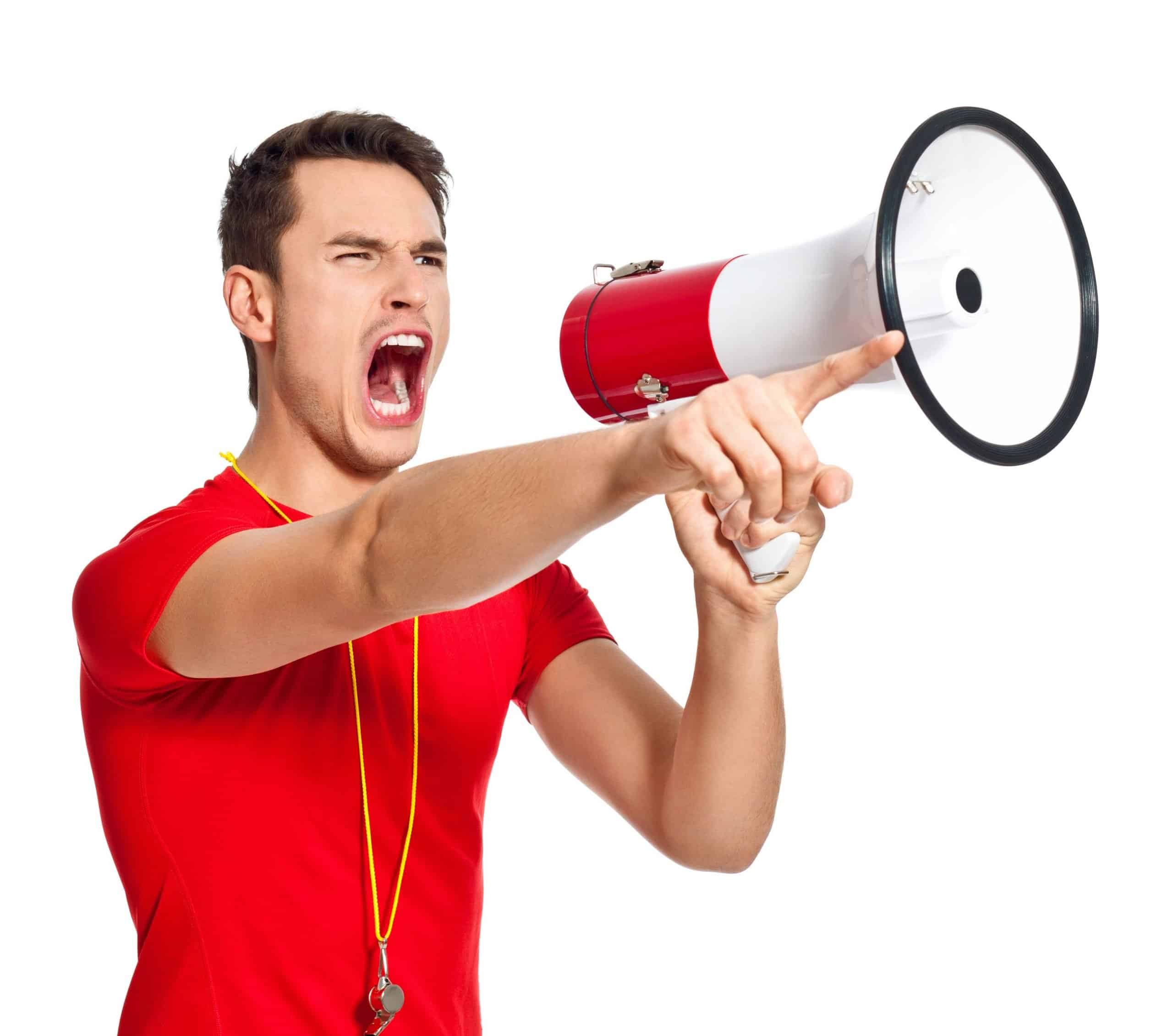 The goal of the creators of the Abusive Gym Reminder app is certainly to “shake the spirits” and not just the pelandroni, focusing on their consciences and remorse, so that they finally decide to attend the gym and follow a workout.

But do you really need an app that tells us certain things to encourage us to do physical activity?

Do we need to be offended by a phone?

Of course, the obsession, whether it’s food, sports, work, whatever is subsequently extremed, is always wrong.

Thinking about it, though, the effect might also be the opposite (as well as deleting the app in question from your smartphone).

If you still want to try the download of Abusive Gym Reminder is available for both IOS and Android devices and is free to download.

The fact remains, however, that beyond the app what really matters to be (or return) in shape is the will to improve and the awareness that with perseverance and sacrifice you can achieve great results even without insults.

Anyway a fun idea that someone can also come in handy!
Stay Tuned!
Andrea
75
Thanks for SHARES
ShareTweetPinterest