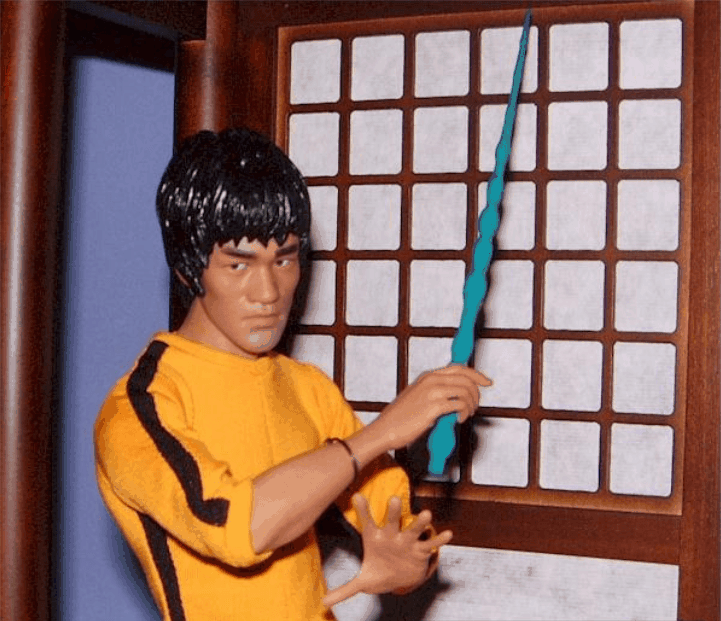 that he used to effectively explain how to break the rhythm, the famous Broken Rhythm.

Since JKD is a system without fixed positions,

Bruce wanted to demonstrate vividly through the use of unconventional weapons that he was not affiliated with any traditional martial arts style or philosophy.

Handmade for Bruce Lee’s exact specifications from Golden Harvest Studios in Hong Kong, the green bamboo whip “Broken Rhythm” is one of the most symbolic

historical weapons ever used in the history of martial arts cinema

This unique flexible whip is designed to help illustrate the fundamentals of its revolutionary martial arts system, Jeet Kune Do. 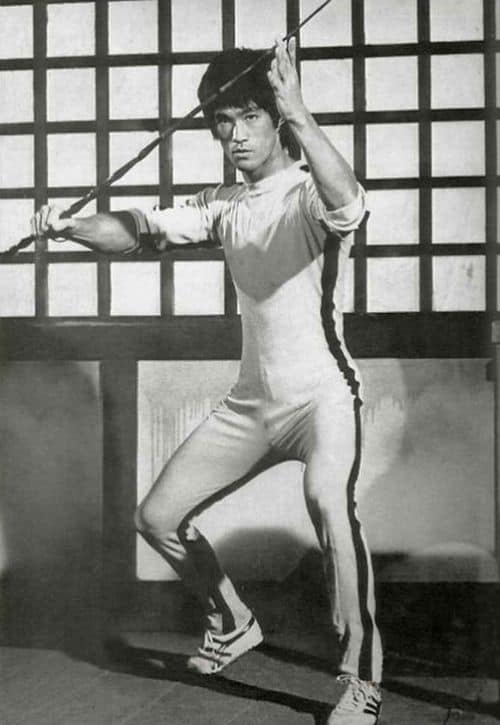 The film scene with the Green Whip

Bruce Lee’s technique is clearly visible during his famous fight sequence in the pagoda where in the foreground he has the clash with Guro Dan Inosanto in the film Game of Death.

Before confronting Dan Inosanto in the film, who is armed with two red Filipino Kali sticks, Bruce makes comments about the whip, saying:

“You know honey, this Bamboo is longer, more flexible and very alive … and when your flashy routine

I can’t keep up with the speed and elusiveness of this thing here, all I can say is that you’ll be in trouble.”

This is almost directly in line with his claim that

man is more important than any style or system,

He then continues to “explain” to his opponent as he fights, but a “tool” used to educate the public and defeat his opponent, knocking down his confidence which in turn makes him less aggressive.

a powerful way to confuse an opponent by frequently changing the pace or timing of a fight to throw an opponent offguard.

What he showed in a “simple” his film used it to make known the philosophy of his art.

Bruce Lee was a true innovator in every sense, and this one bambooweapon, reinforced with a rubberized protective coating, is a prime example of his ability to illustrate complex principles through dynamic visual means.

so much that the title of his next film had to be Green Bamboo Warrior, and it had to be centered around this weapon.

Bruce Lee’s whip is similar to the Sjambok whip!

Sjambok or Litupa is a heavy leather whip and is traditionally made of adult hippopotamus (or rhinoceros) skin, but is also commonly made of plastic.

This strip is then rolled up until it reaches a tapered cylindrical shape.

The resulting whip is both flexible and durable.

A plastic version has been created for South African policeand used effectively for riot control.

You can buy high-quality synthetic Sjambok in polypropylene

made by Cold Steel.

The Sjambok had a variety of uses, the most common being cattle driving, andra much used by Voortrekkers who drove their oxen as they migrated from the Cape of Good Hope but attoday, the Sjambok is used by herdsmen to guide cattle.

They are widely available in South Africa, from informal traders to regular shops from a variety of materials, lengths and thicknesses.

It is an effective weapon to kill snakes and ward off dogs and other attackers and they are still brought in public by many black South Africans for self-defense..

Many South African families have a Sjambok at home.

A little bit of history

The name seems to have originated as Cambuk in Indonesia, where it was the name of a wooden auction to punish slaves, in which it was probably derived from the Persian Chabouk.

When The Malaysian slaves arrived in South Africa in 1800, the instrument and its name were imported along with them, the material was changed to hide and the name was eventually incorporated into Afrikaans, written as Sjambok.

In the Belgian Congo, the instrument was also known as Fimbo and was used to force work from the local population through flogging, sometimes to death.

The official penalty fee in this case was lowered over time from twenty shots to eight, then (in 1949) six, and progressively four and two, until the flogging was completely banned in 1955.

In North Africa, particularly in Egypt, the whip was called a Kurbash, after Arabic for the whip.

The term Shaabuug is used in the Somali language and can also refer to a generic leather whip. 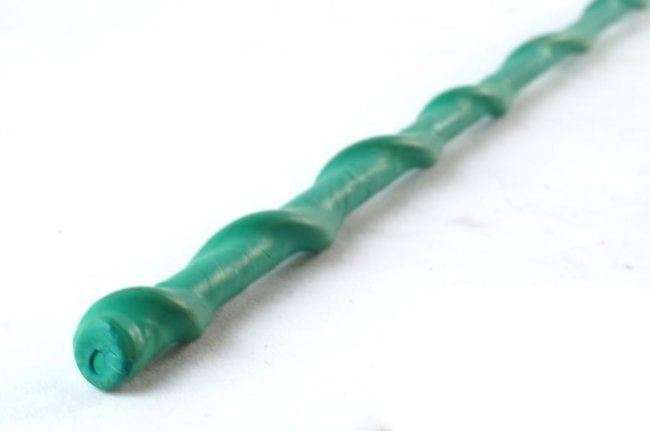 Bruce’s message in his metaphor with the green whip is very important because it contains fundamental lessons if you want to evolve your fight.