Over time you will also find that in your gym where you train with your training partners with the same method and combinations as it will be increasingly difficult to surprise in sparring your opponents and the difference will mainly make the athletic preparation.

This is because everyone exercises with the same “classic” combinations and its defenses.

“Habit and predictability kill not only passion but also enjoyment, which is related to surprise.”

If you really want to be effective you have to break these working and approach methodologies by going to create new paradigms that go to break or open your opponent’s defenses by surprising him.

Often on the blog I have proposed combinations to do to train the striking, only of arms or arms and legs, but if you remember I also often said and made the point about the need to build your own personal set of combinations if you really want to make progress.

These are useful tips for training by doing something that makes logical sense.

Each of us has characteristics in striking that should be emphasized and that is not necessarily the same as those that you use in your gym because unless you do a specific job on you, you will all do the same thing.

Now this does not mean not to study the classic combinations that you have to assimilate and make natural but over time you have to build and test to the pao, the sack and in the sparring of your combinations if you do not want to remain “planted”.

“Remember that’s what you don’t expect that surprises you and in the case of combat sport it hits you.”

It’s about moving to a more dynamic and less traditional approach that is often established to simplify work in the gym.

The study of the adversary

This allows you to hit effectively right on its opening shots or making its combinations with outputs and defenses ineffective that you have trained a lot to make them efficient under the barrage of shots.

There is a beautiful video where you can see the preparation made by Marquez and his coach precisely to avoid the famous Lightning Jab of left-hander Manny Paquiao and enter with a shot in advance doding his Jab and that then turned out to be the Mexican’s knockout blow. 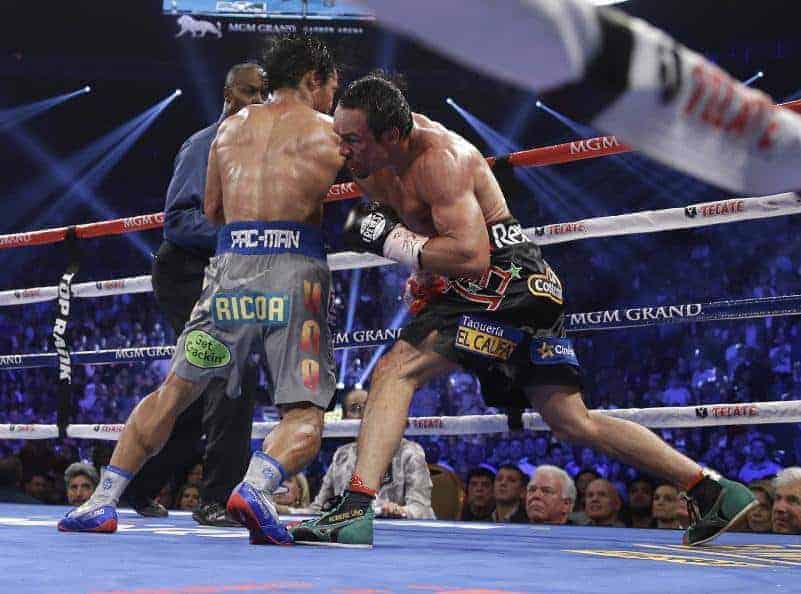 All this is not simple and requires a good mental lucidity and calm in building a calibrated combination board on you, a job that you can do with your coach or alone but that will make you better understand how you really are.

The characteristics of your shots to enhance their effectiveness within the combinations and surprise the opponent.

Ps. Now you have to be careful because it does not mean that you should not pull and use the classic combinations because they remain and are the fundamentals but learn to use them by mixing them and not in a repetitive way!