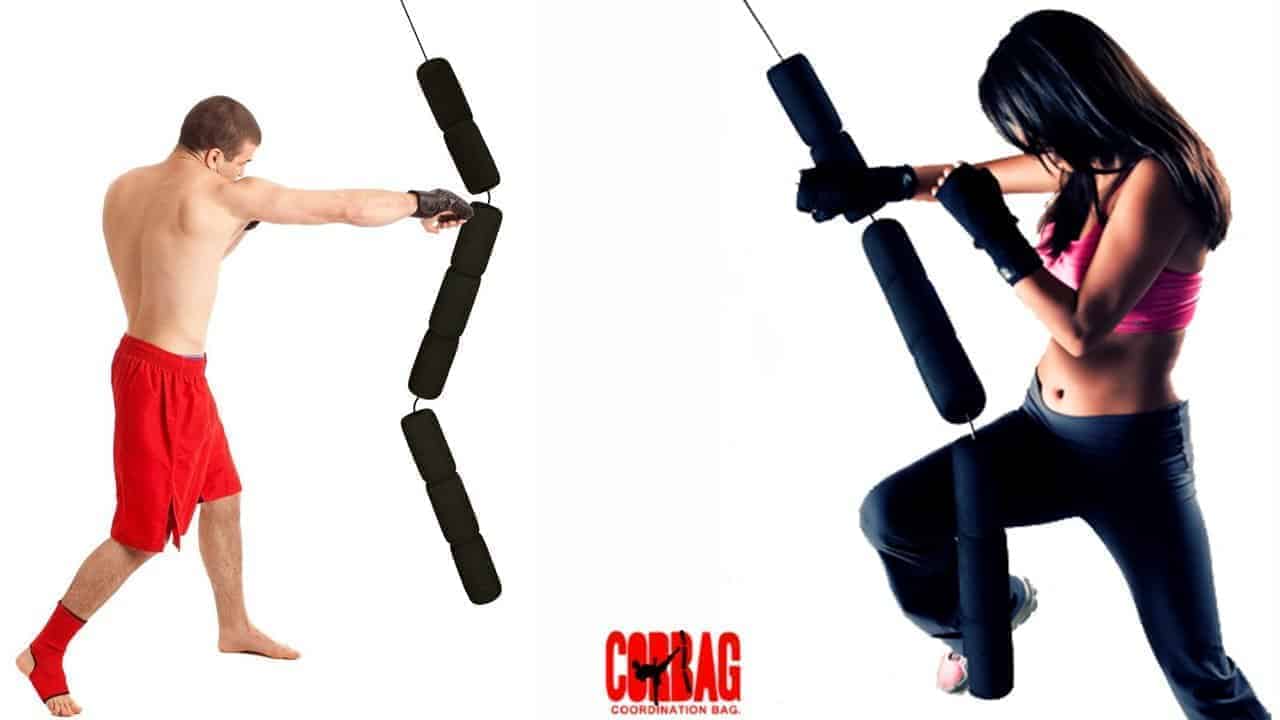 These days I was given to try this training tool called CorBag, I arrived directly from the United States and I decided to try it immediately for a few days to understand its use and the benefits it can give in training.

It is a simple-looking object that promises to work on some crucial aspects of combat when pulling combinations so that your opponent’s body that you target or empty will not stand still and make voluntary movements and Involuntary.

This means that where the head is now it won’t be after the first shot and maybe even before the shot comes.

“A goal is not always achieved, it is often simply something to aim for.” (Bruce Lee)

One of the things you learn over time is that sometimes you have to hit where your opponent is going not where he is.

This is an expert concept but what does this mean?

It means as I told you before that your opponent is not stationary and when you are about to hit him he is moving.

If you are very quick and surprise him stays still where you have aimed but most of the time being that some of your movement has telegraphed the intention he will move and as a result, that’s where you have to go to hit not where he was but where he’s going!

Or simulate an opponent who moves constantly just so as not to give a firm target, such as Head Movement!

Also consider that when hit but also when para, dodge etc. your opponent’s body will move with precise and repetitive patterns related to human bio mechanics as a result it can be interesting to work on these movements with your own training partner or with a tool that simulates this.

In this research I came across this very interesting tools and so I contacted the company to better understand its history, how it was thought and now I have tested it for you.

A different job with the Corbag

One of the things you can do to feel the difference right away is place the corbag next to a lot and run 5 packed combinations for a few minutes and then perform the same bag combinations.

Immediately you notice the different work you can do with corbg than the bag that remains irreplaceable but that the corbag can be integrated into your workouts to do a different job.

Another interesting job is also related to the swing of the corbag that allows you to do a good job on the footwork for both side moves, pivots, etc. and re-entering with shots.

The three parts of the corbag

Being divided into three parts the corbag (head-bust-legs) and being of a diameter much smaller than the sack after each shot you are forced to recalibrate each shot.

This forces you to increase the work on accuracy and emphasizing a lot the concept of the center line that we will deepen in the tail of the post.

I also tested the corbag by swinging the corbag and then from distance pulling a powerful and explosive shot followed by three free-range shots.

This exercise I tried to train with this tool an explosive shot on a moving target followed by three shots in combination where the corbag having received a very strong shot has a series of fast and random oscillations. 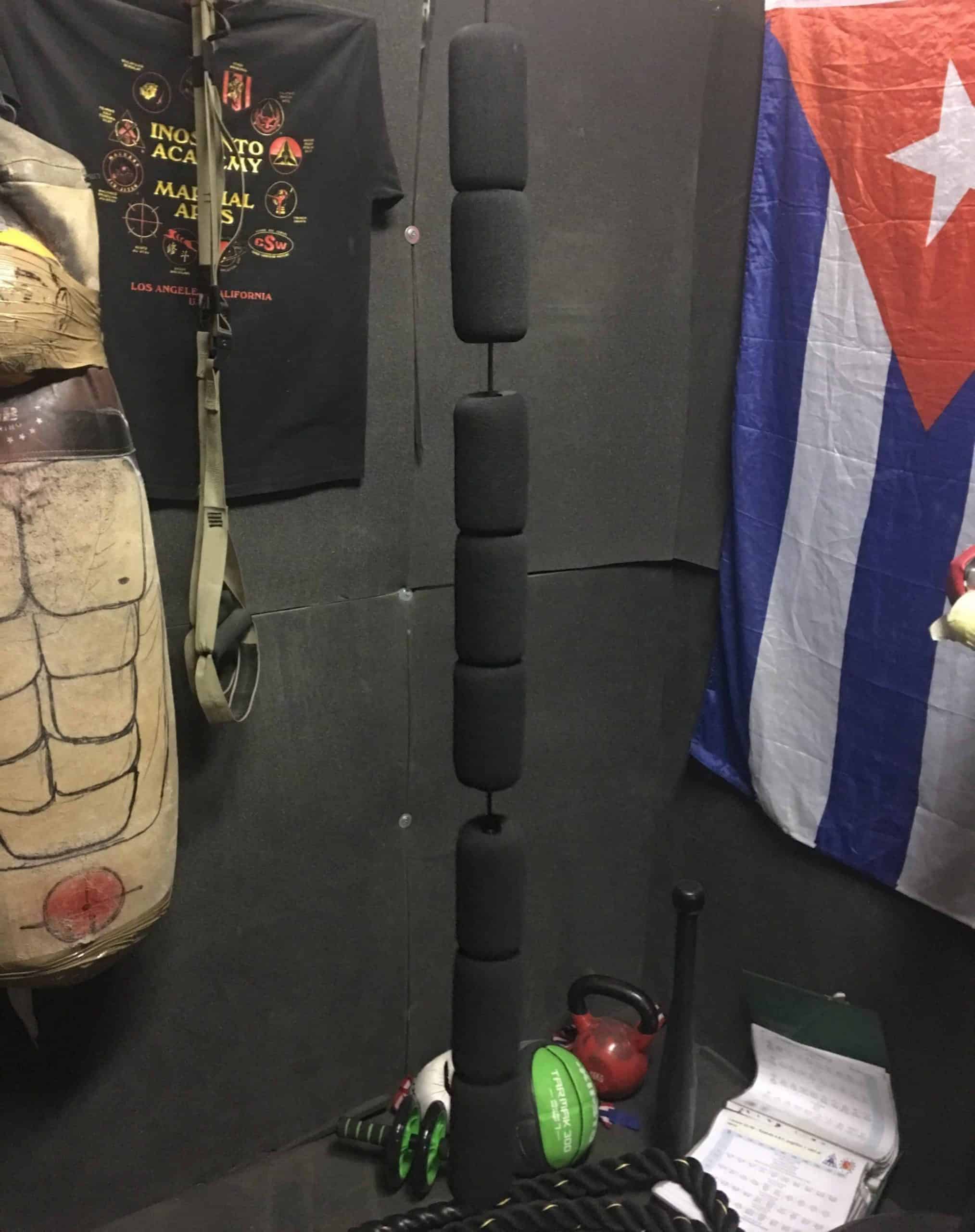 Exercise your intelligence with the Corbag

There is scientific evidence that you can strengthen your brain as you do with your muscles and the CorBag involves your brain in training.

Consider that your brain to be able to hit a mobile and unpredictable target makes millions of complex mathematical calculations and workouts that emphasize rapid visual detection and motor responses significantly improve cognitive function.

There is a clear link between the construction of coordination and the strengthening of cognitive function.

Exercising with CorBag allows you to engage the central nervous system and increases the level of BDNF in the brain and BDNF is crucial to producing multiple connections (a process called neurogenesis) in the brain.

This increases the brain’s processing capacity by allowing for greater mental function and physical performance with faster and more accurate responses. 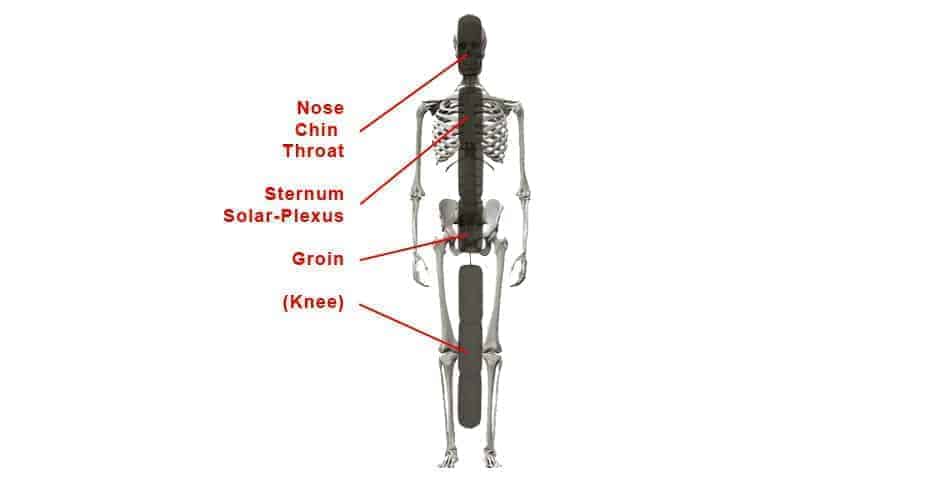 The improvements that the CorBag provides you:

“Be self-aware, rather than a repetitive robot.” (Bruce Lee) 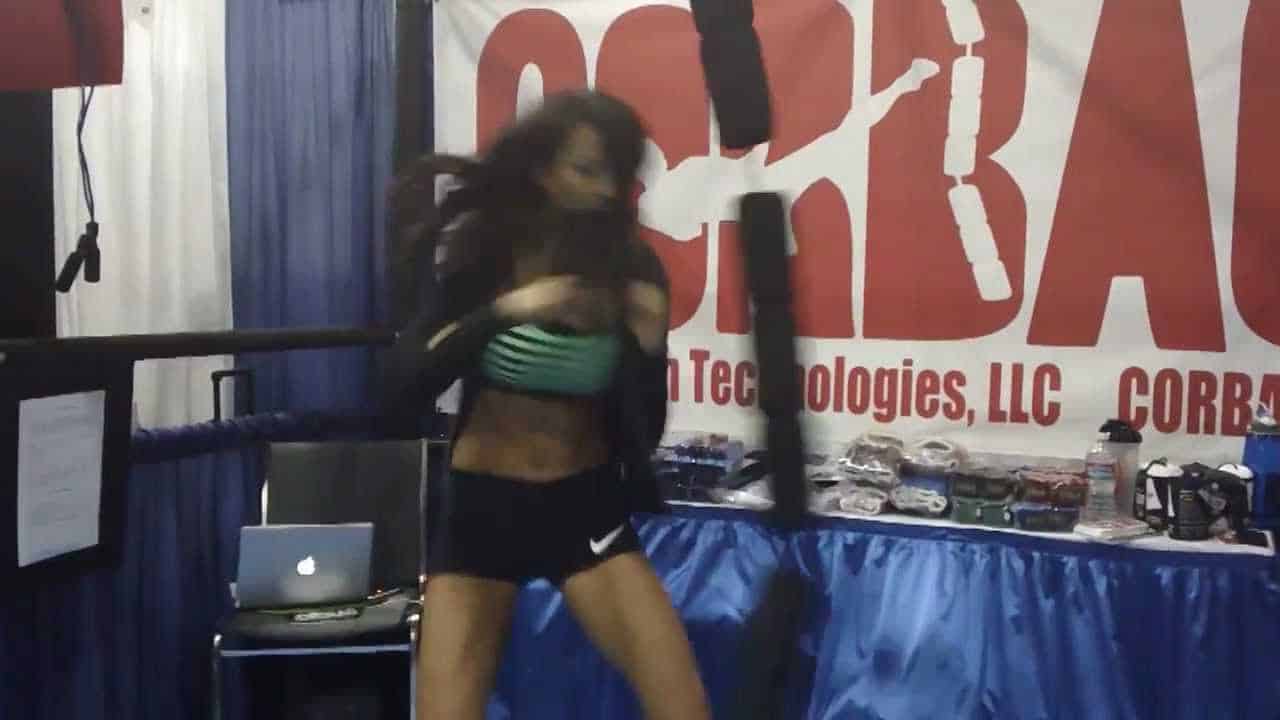 CorBag engages the most powerful part of your body, your brain.

Now you may think that muscles are more important but that’s not because it’s the ability to process and the responsiveness of your brain with which it processes the information that allows you to have the correct answer.

If you add CorBag to the many traditional exercises you already perform for coordination and increased reflexes, as well as being fun and stimulating, you can increase your skills in a solo workout.

If you feel that you are lacking in coordination this type of tool can be for you!

It’s a way to do a varied, smarter workout, it’s not just a matter of difficulty but what you’re going to stimulate and your brain loves a challenging workout and that’s why hitting CorBag is a good workout.


Coordinated muscles produce more speed and power but also use less energy and movements are more explosive and effective andCorBag’s unpredictable movement strengthens your nervous system by increasing coordination by going to work on key aspects for combat where the opponent is never a fixed target.

An example can you do a push-up or a sit-up with your eyes closed?

Of course it is because exercise only trains the musculoskeletal system but it is when you train your body and mind together you get more results in less time.

CorBag is fun so you use it and because you use it, it works.

Technical features of the corbag:

The system is patented by CorBag and was designed by experts in boxing, martial arts, police and military who wanted to simulate the unpredictability of a real opponent. 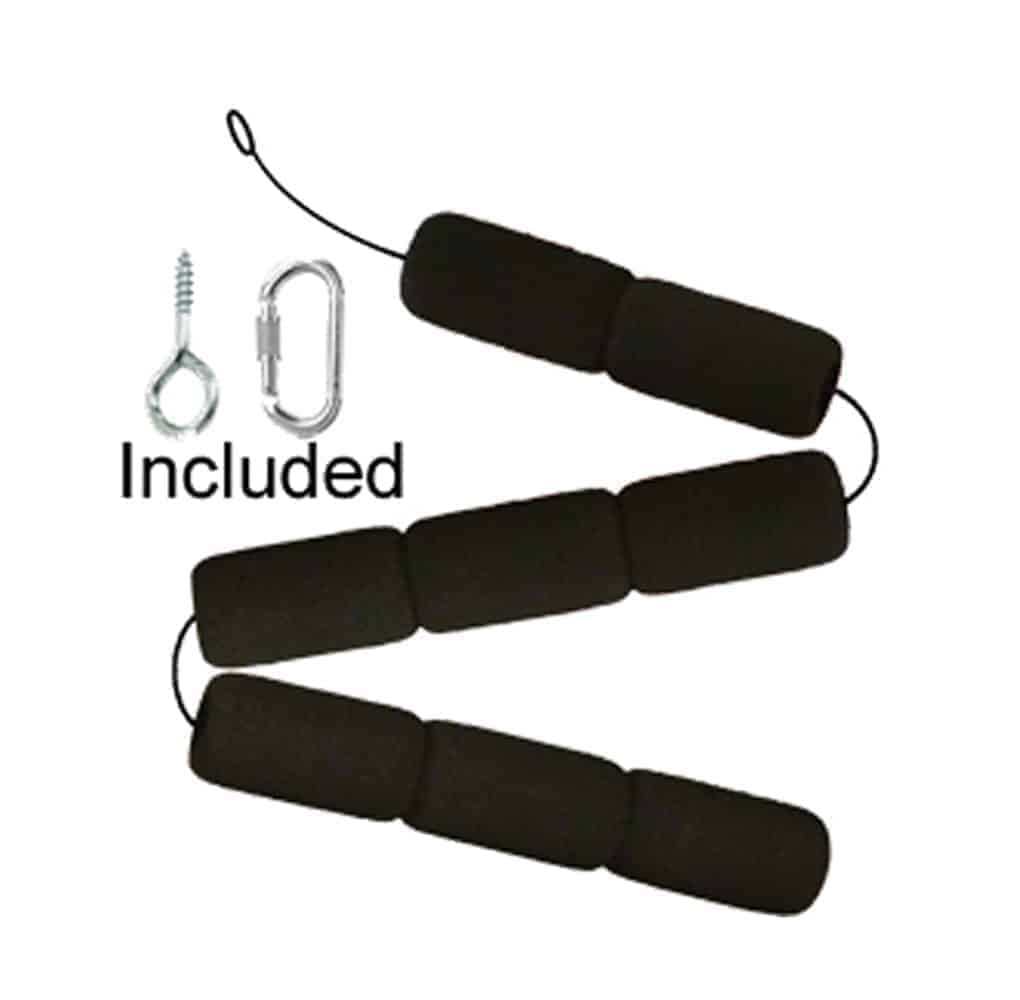 (Represents the targets of the center line of a person 1.83 cm tall)

Corbag is built with foam and a resistant cable for intensive use.

An important thing during the installation is precisely to place at the correct height the corbag that simulates a person 1.83 cm tall and it is at this height that it must be placed.

The top of the cylinder that simulates the head must be at 1.83 cm!

“As you think, so you will become.” (Bruce Lee)

The corbag is a great tool to integrate with your other workouts and that you can do on your own like the sack.

This is a good advantage because it is something you can do even at home and not in the gym.

The price is very competitive around 60 Euros and is easy to install,you just need a hook that comes with it, if you want you can also take it around to train outdoors. 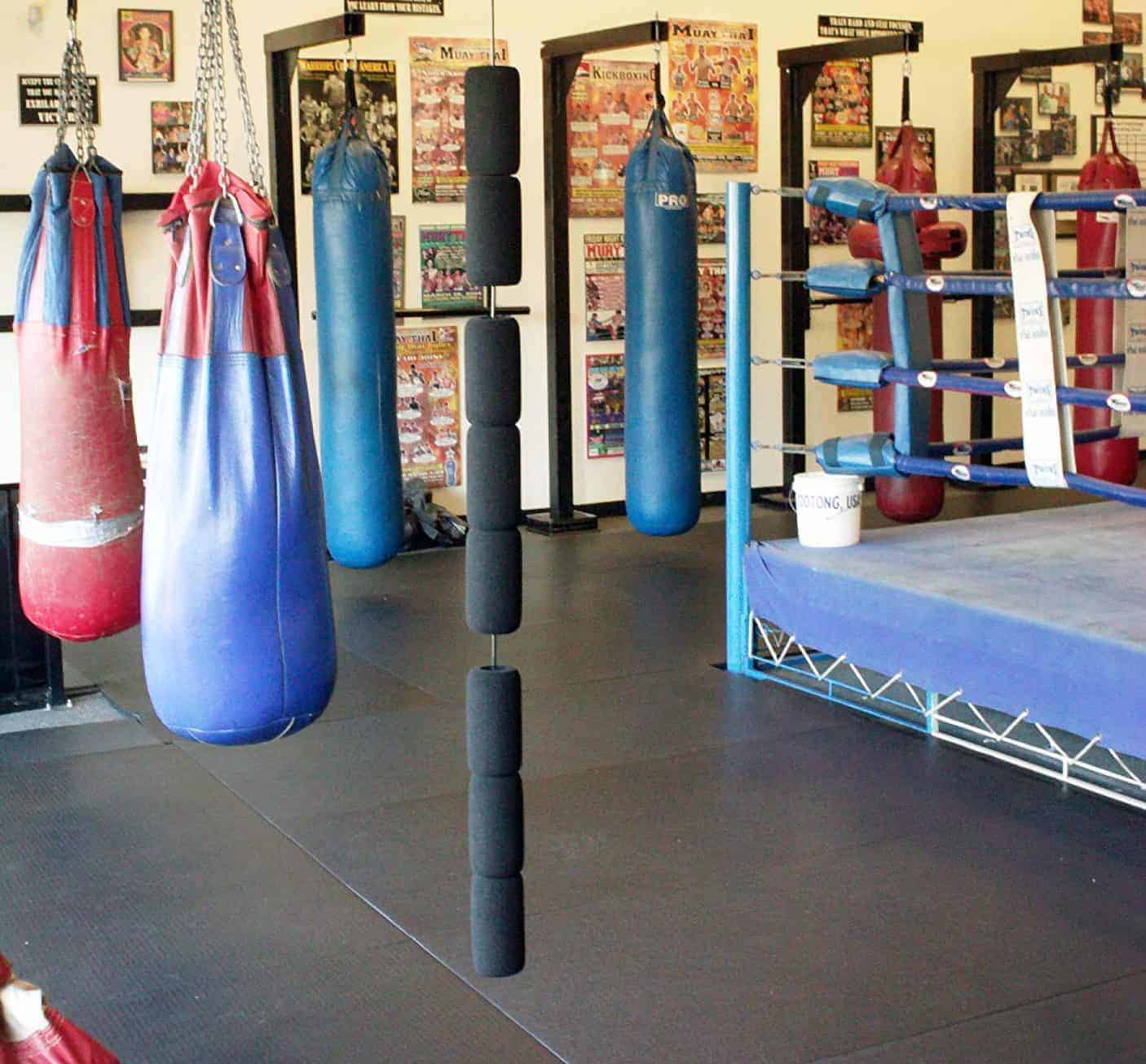 When using the corbag one thing that immediately comes to mind is related to the concept of the center line which is a fundamental concept for any fighter but not only.

Have any of you ever had a discussion about what “the central line theory” means?

The most widely used, accepted and central line descriptions on the fundamentals of center line theory are as follows:

“The central line theory includes an imaginary line that extends vertically and divides the body into two symmetrical halves bilaterally.

The central line is important because many vital pressure points are located far back, such as the brain, throat, heart, solar plexus, bladder, testicles or spine.

The position of the center line


Some practitioners describe the center line as “the most foresighted distance between your spine and the backbone of your opponents” by teaching that whoever controls this “center of union” is the one most likely to score with blows and destroy your opponent.

In addition, the shortest path between two points is a straight line through the center and focusing on finding the fastest and shortest route to the target is a fundamental concept of arts like Bruce Lee’s Jeet Kune Do.

The impact of the blows on the center line


Meanwhile, others describe the center line as an imaginary vertical line in the center of the body that marks the depth at which you should follow your shots and kicks to have the most destructive impact.

About 10 cm in your lens is the general rule for high impact shots/kicks.

This “center” must be attached to do the most damage to its balance and structure.

Ps. Sometimes when talking about the central line with practitioners of different draws it is better to specify what is for them the center line to understand each other and avoid unnecessary misunderstandings.