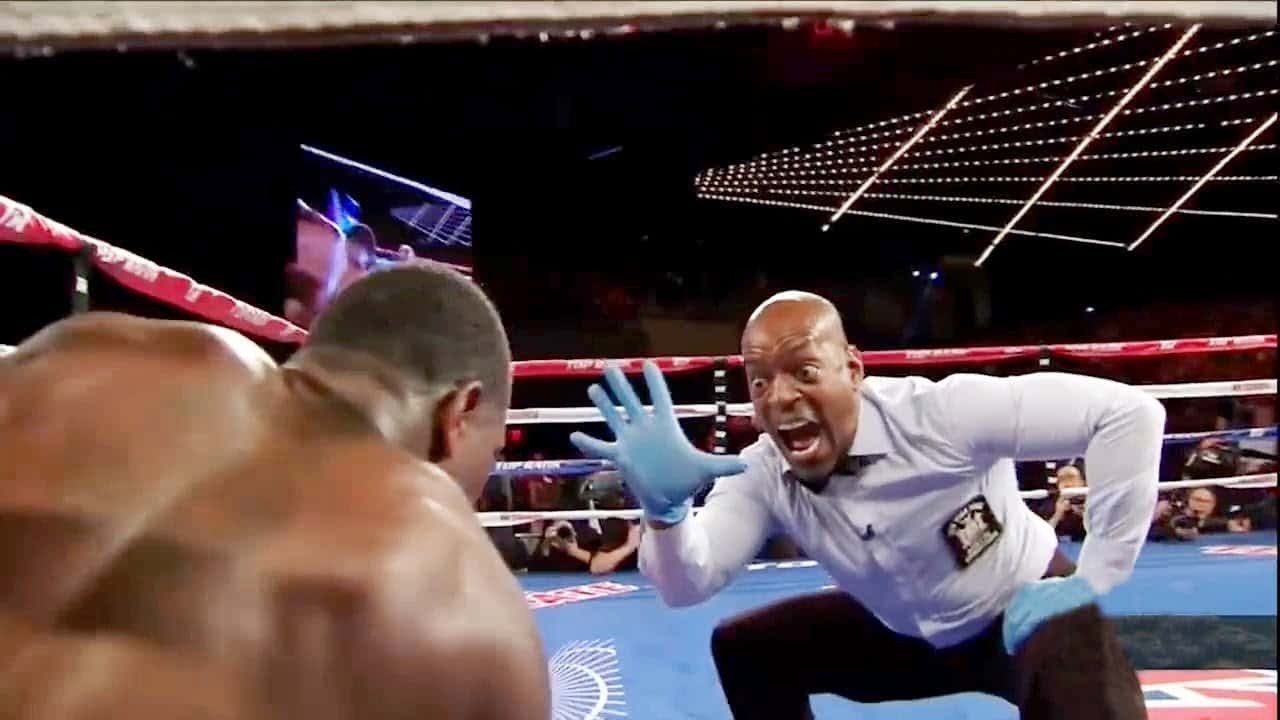 Count up to 10, referee count in combat sports

Today I want to better explain to you how the 10-second count works in boxing and combat sports.

As you know if you play combat sports or have seen some match or the Rocky movie when an opponent is in trouble is counted by the referee.

Beware fighter! this does not happen in M.M.A. where there is no counting, a difference not small and even worse if you think from a personal defense perspective where there is no such “courtesy” and not even a referee who intervenes to stop the match.

” as in not hitting an opponent while down on the ground.

The count is used to give the boxer in difficulty a moment’s pause; has a minimum duration of 8 seconds, and a maximum of 10 seconds.

A boxer who fails to recover by the 10th will suffer the Out and the arbitration verdict of K.O.(Knock Out,or in Italian “Out of Combat”).

The referee however can stop at 8 if he sees that the boxer is passive and unresponsive due to the blows received (arrived at 8 the referee very quickly orders the boxer to look at him and asks him if he feels good);

Again the verdict will again be arbitration and K.O.T (technical out of action) or K.O. technical .


The referee’s count in combat sports!

The referee makes the count if a boxer who has suffered regular blows is:

The referee’s counting procedure in combat sports is as follows:

The referee shouts the order of
Stop
, then immediately begins to count and directs the other boxer to head to a specific neutral angle (the one from which he can easily see it).

If the opponent disobeys the referee suspends the count, thus giving the distressed boxer a greater recovery time, then you should listen to the referee immediately if you do not want to give advantage to your opponent.

The count cannot be stopped either by the second or the gong bell; if the boxer needs to be rescued the referee decrees the Out and calls the doctor.

Ps.Se both boxers are in trouble the referee will count them both at the same time.

It can happen even if rare, as well as two contemporary KOs.

Counting can be made up to a certain number of times in the same shot, or throughout the match: after the counts are over, the referee will decide the K.O.T. verdict.

In amateurs, taking a count does not result in any points deduction; In the pros, on the other hand, the resumption of 2 points is lost.

In both cases, the judges note on the cards whether the count was for blows to the head (KDH), or to the body (KD). 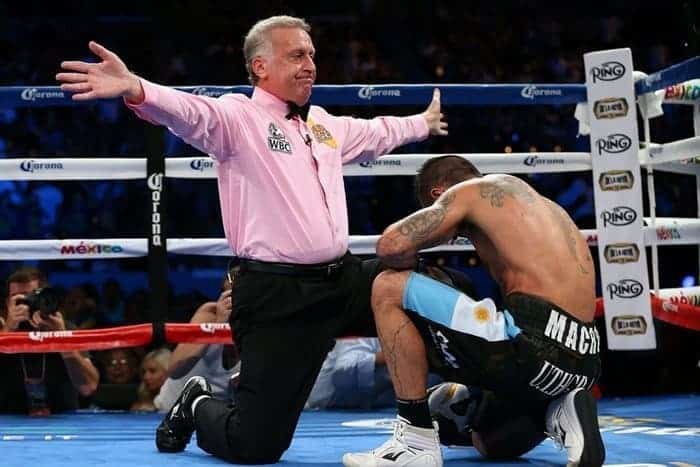 But what happens when a fighter is knocked down in the reality of matches?

When an opponent is knocked down, the referee sends the other fighter into a neutral WHITE corner (where he cannot
be instructed)
and gives the downed fighter 10 seconds to get back on his feet.

If the count approaches 10, the referee checks it one last time (observing his overall health, eyes, balance) and dries his gloves before letting the fight continue.

If he does not rise to count to 10, the fight is stopped and a knockout victory is declared for the other fighter.

Nowadays the count of 10 is applied unevenly depending on who is knocked down, and often this causes controversy.

If the least favored fighter, guest of a gym, etc. is knocked down, the count starts immediately as soon as he goes to the ground and the referees are often also in favor of “saying goodbye” even when he gets up.

And then they say what they always say:

“I saw it in his eyes. He had his eyes lost, and his arms were soft, etc.“

But vice versa when the fighter is favored, famous, at home and is knocked down, the referee takes his time sending the visiting fighter into the neutral corner before issuing a slow count up to 10.

Then, when the home fighter gets up, the referee gives him extra seconds asking if he is ready to continue (sometimes even holding him up), also wiping his gloves, and finally letting the fight resume. 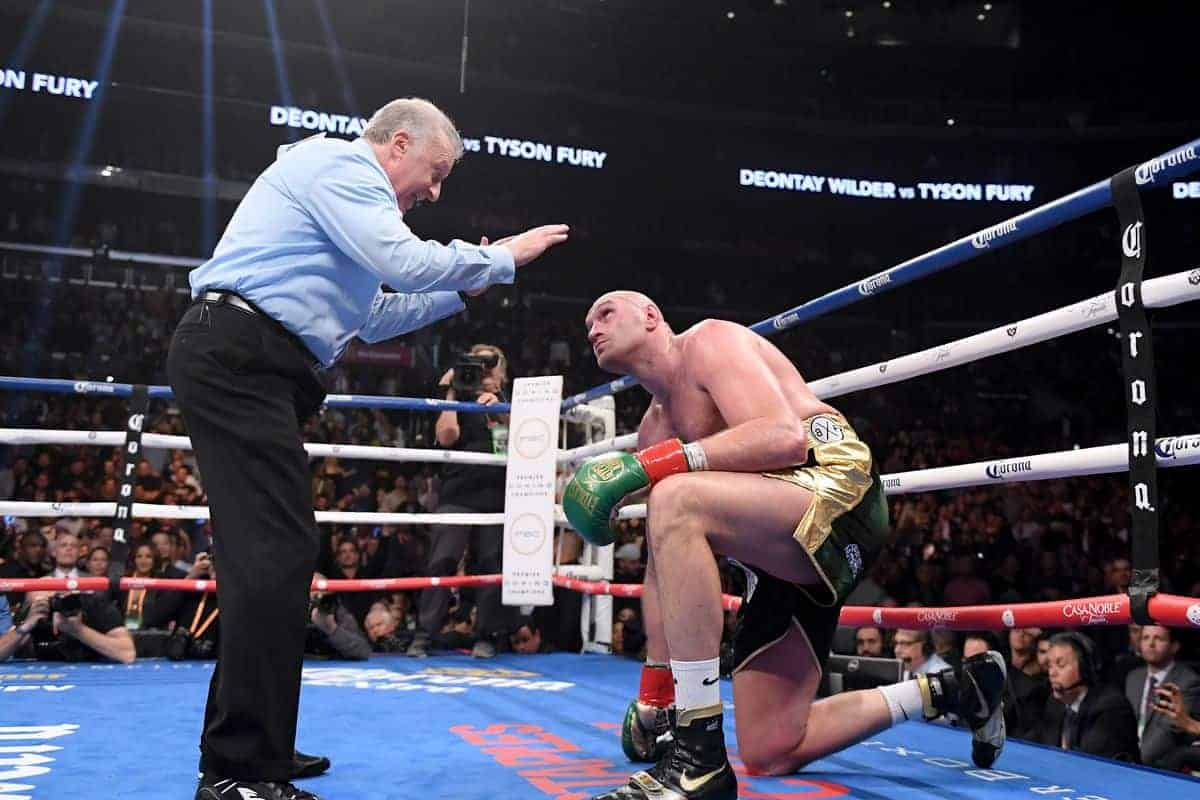 The role of the referee is crucial to prevent the boxer from taking unnecessary and dangerous shots and avoiding accidents and this is a very important and central aspect of the referee.

In some sports such as Muay Thai you can often see the substantial difference that exists between a Western referee and a Thai referee because you see that the Thai lives the match exactly like the 2 fighters, that is, it is inside the match both physically and mentally as a concentration where you often see it intervenes very quickly something that is much rarer in Western referees where they are still too “spectators” with the necessary exceptions of the case.

This referee deserves recognition for his great game of footwork and speed, cutting the corner so that the leading athlete was not able to plant a knee to the opponent now KO.

If that knee had landed on the fighter, he would have been asleep on the ground for a long time.

Note: This referee works at Bangla Stadium in Phuket, Thailand

What I want to say is that counting and stop-counting are key steps also to prevent traumatic injuries to athletes.

The referee’s count in combat sports!