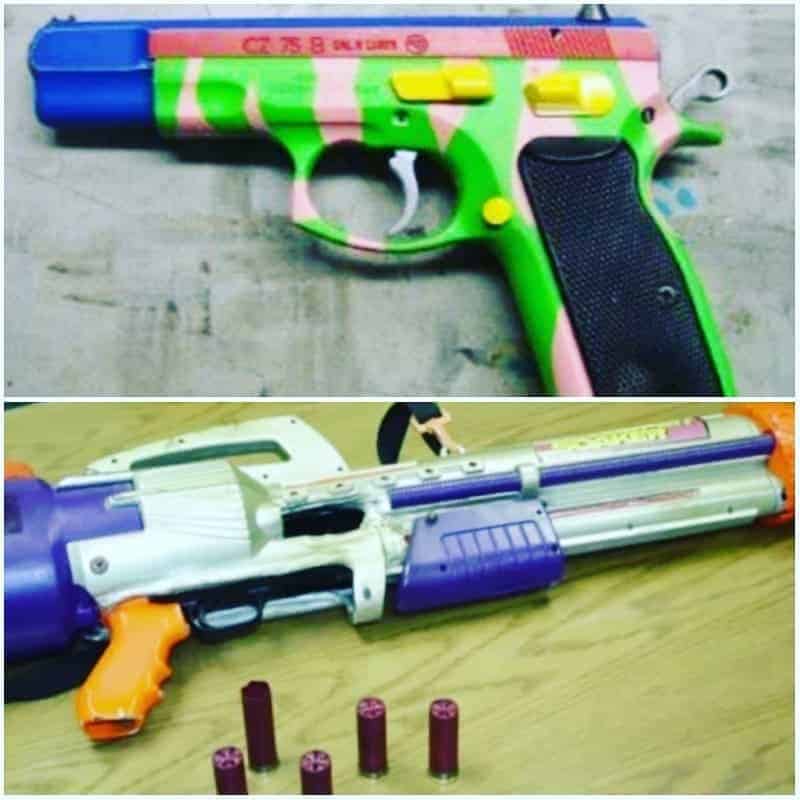 Camouflaged firearms and the deception of perception, hiding intention and weapon is one of the prerogatives of an aggressor.

Next time someone blames the police, or anyone else, for shooting an idiot who pointed a “toy” gun at them, remember that those who habitually commit crimes are used to deceiving, betraying, cheating, cheating and watch this “garbage” what they did to real weapons.

They disguised them to make you hesitate. Be careful! They are real weapons disguised.

Camouflage is a method of concealment that allows animals, military vehicles and other other potentially visible objects not to attract attention, blending in with the surrounding environment.

They are real firearms disguised that look like toys, but they are absolutely real, with real shots.

These camouflaged weapons that were found in the state of Ohio, the American state where my friend Lucio was born who trains me on the use of firearms and that together with Luca will help me create a new section on the blog related to armed defense.

The new section of the blog on self-defense with weapons

This will be a new topic that you will see on the blog soon on the use of firearms and its training in self-defense but that I prefer to treat to people more competent and trained than me on the specific topic.

Ps. As you know if you follow the blog I always believe in specializations even in this case the philosophy does not change.

Remember that when someone points a gun at you, you do not have the opportunity to understand in an instant if it is a dog swatter, a toy or a real weapon and you can not ask the delinquent who does not hesitate to point it at you if that weapon is true.

As a methodological approach in terms of armed self-defense, a pointed weapon must ALWAYS be true!

Unfortunately this is an example but there have been cases in which many criminals use toy weaponsto assault or any other weapon comparable to the real one and is not always identifiable, up to arrive as in this case to camouflage real weapons as if they were toys. 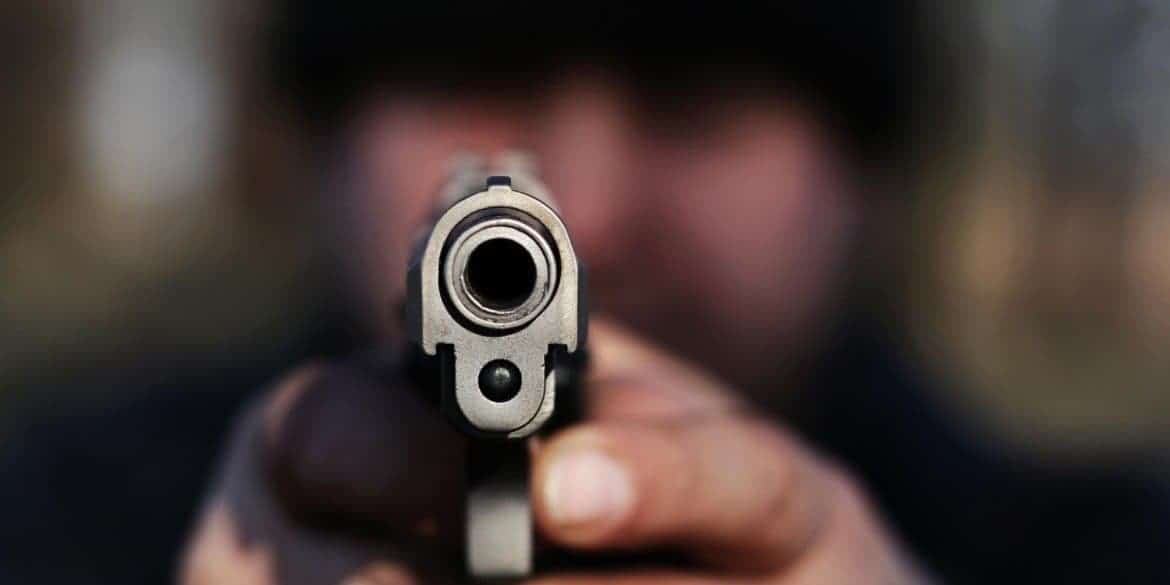 You “do your job” because it is the person who has pointed the weapon at you and who has the desire to abuse your life, your freedom and does not want to desist from doing so for having you in his power who is violently attacking your person.

Don’t let them point you to as a murderer or a violent man because no one at that moment knows when the weapons can be real and your hesitation can lead to you being injured or killed.

Preserve you and your life understood in a broader sense as your loved ones and your friendships.

This does not mean that you do not have to evaluate that the situation is better to solve it by giving the wallet, or the machine, etc. but they are not always evaluable and applicable situations that force you as it has already happened to make choices that always have a consequence, but it is inevitable to act to preserve yourself.

Defense is a natural instinct

You don’t have to repress it because defense is a natural instinct and is always legitimate, it is not linked to a political or moral question but it is a survival instinct and it is never nice when someone wants to appropriate a natural law by linking it to political issues (regardless of political orientation) as it creates a staggered reality that deceives people and this prevents constructive reasoning based on reality and not on abstract hypotheses.

Defense is not violence but survival and is not linked to the exclusive use of firearms.

You can also decide not to defend yourself and it is a personal choice that must also be evaluated under certain conditions but you can not judge a person who instinctively defended himself.

Always be careful of any situation and remember that one by one with weapons is never good!

Beware of camouflaged weapons, it is something rare but it is full of news episodes of toy weapons, dog swatters used to commit crimes and a weapon until proven otherwise must always be considered true!

Stay Tuned! Fire Arm is not a game.