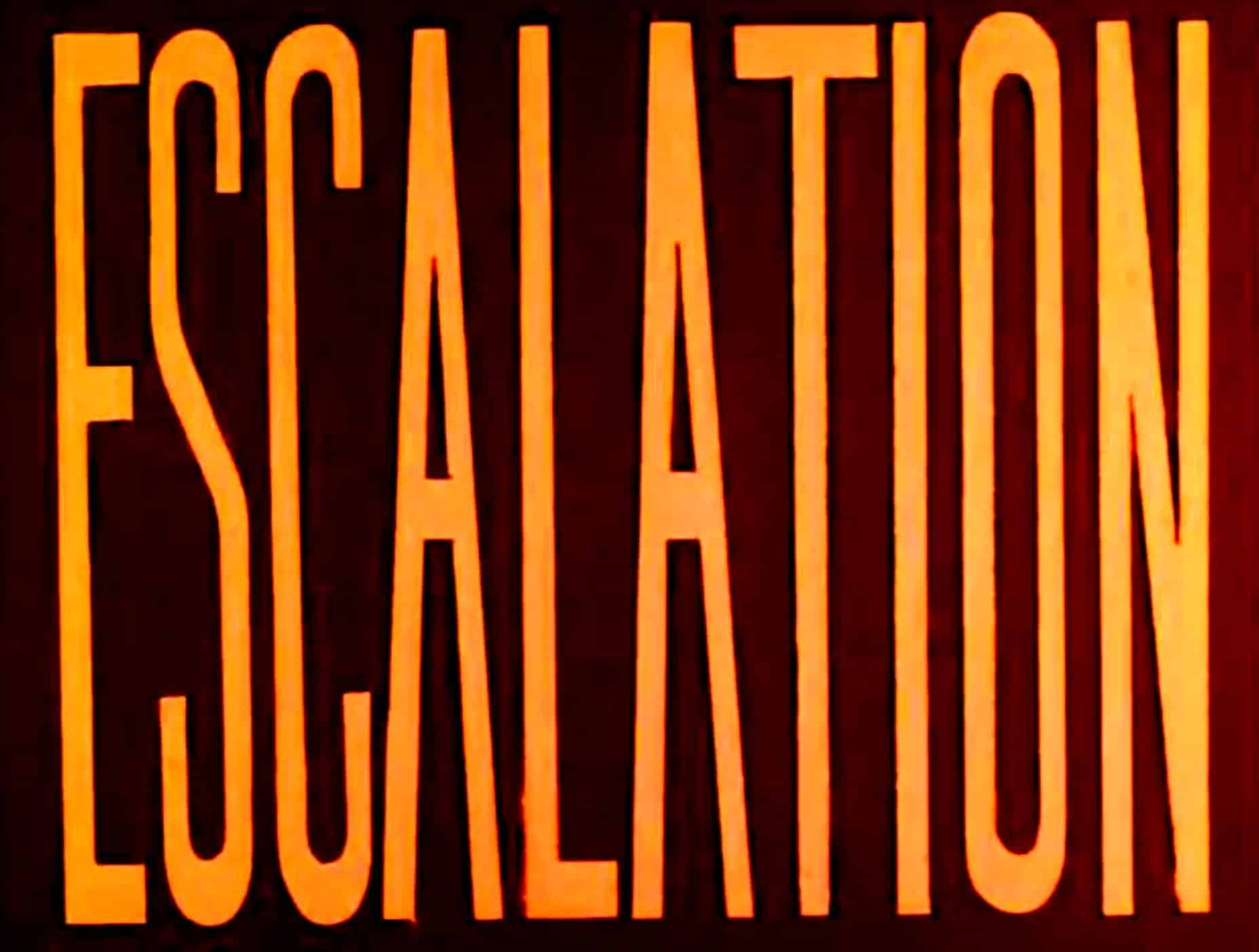 Escalation in aggression, danger on the way!

Even trivial debates can erupt into violence if the escalation to the beginning is not stopped.

The danger of escalation in aggression is not something unknown and everyone knows at least in theory what an escalation is because they have experienced it or seen it happen in their lives.

For Escalation (in Italian translatable as “climb”) means a process of progressive and accelerated growth of a phenomenon or event; the Anglo-Saxon term comes from the concept of “escalator” and clearly depending on the context takes on a different meaning or if you want specific as in the case of the self-defense.

You happen to witness trivial discussions where neither of you want to give in and you go on until you shout the worst things on yourself that have nothing to do with even the discussion except worse get to the hands.

If something that leads to reason does not happen immediately, sooner or later the bloodiest and most violent action will take over, with wounds, bereavement, discussions and situations not pleasant for all.

For all people, whether they are heads of state or ordinary people, the script is no different, of course there is a lack of armies and diplomatic corps, journalists and times are different but the escalation in aggressions despite the simplest connotations follows the same principle:

“you get tangled for any reason like a parking lot, a condominium issue, etc., you face impetuous talking then screaming louder and closer, at some point pushers begin and, immediately after, the barrels (or the knives)fly“.

The best-known scenario of escalations in aggression

It is a scenario so well known to everyone, that this mechanism can undoubtedly be considered the standard route in 90% of street or family assaults.

Well, yes, it is often right within the walls of the house that we are in diatribes and discussions without a solution, where the only purpose is not the solution of a problem, but the preservation of one’s own EGO, of one’s own personal pride, when not the more or less conscious attempt to humiliate, offend, destroy the other.

All escalations begin when in a conflict at least one of the contenders is in an aggressive position with respect to the other.

In other words, there is a desire on the part of one or both of us to prevail and to assert one’s point of view regardless of that of others.

When in the presence of such an individual, the average individual tends to respond in one of these typical ways: 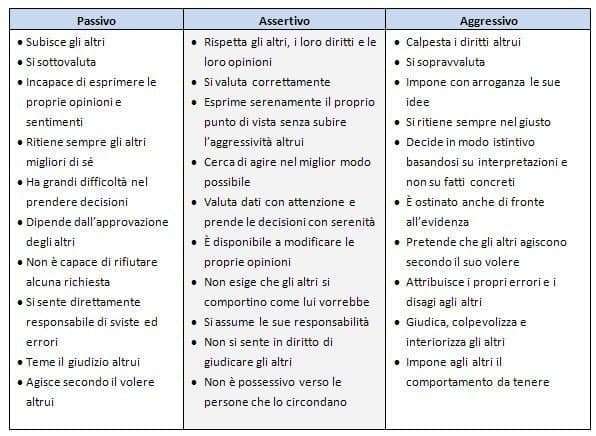 This is the typical attitude of the “hard“, of the “real men” (but not only…): those (or those) who in the face of bullying raise the banner of principles and just cause (he started first!).

Pride at all costs and even too much self-esteem,think of being a super hero, etc. (often those who have this attitude have never beaten or made even sporting combat so have a staggered view of reality).

Technically speaking, for those interested in communication psychology, it would be a communicative form of a symmetrical type.

In other words, each or more of the bickering reflects the behavior of the other:

It is obvious that once trapped in such a dynamic there are two options:

Now this simple mechanism is known to all and common sense is enough to understand it but the propensity to react aggressively to the aggression of another individual seems to be an innate characteristic in most people.

In this way dozens of bad guys get into undaunted trouble simply by ignoring, or pretending to ignore, that every time you start the path of confrontation at some point you will have to stop, and instead no, you go ahead, you insist, you do not want to give in and therefore, if neither of you give in you get physical violence as well as verbal violence.

The fact is that this point is never known in advance: that you just scream, you get to pull dishes, or choke each other, it’s often something that only turns out to be done.

Perhaps the problem lies in the lack of choices that you think you have at that time, in fact the choices are many but you feel you have only one direction.

At the moment when the other manifests its hostility, the basic options for the average individual are basically two:

Give up the fight. The passive attitude.

Giving up the fight is an option all the more practical the more there is, or is believed to exist, a disparity of forces, of power, of authority over the other.

Faced with a situation of obvious inferiority, doing nothing, the so-called“passive resistance”can be a choice aimed at “limiting the damage”: in short, if the bully gets immediately what he wants, he will stop it, right?

It may be the case that in front of an armed robber, the best thing is to hand over the wallet, hoping that he does not want anything else and can also work and that is what I advise you to do but in many other cases, however, passive behaviour is by no means a guarantee of damage limitation, indeed.

A surrendering and renunciation attitude, often, fuels the escalation in the sense that the violent, the aggressive, feels free to vent all his aggression and ego with impunity.

The surrendering wives do not take less beating from their violent husbands, indeed, over time things get worse.

Always for those interested in the psychology of communication, a submissive behavior reflects a complementary form of communication: that is, it occurs between individuals who are not on the same level for function, role, authority.

Unfortunately, in the face of such individuals there is no guarantee that making lambs, it serves not to make matters worse:

So the passive solution is inadvisable with some individuals indeed risk worsening the situation.

So what is the recommended communication in most contexts? 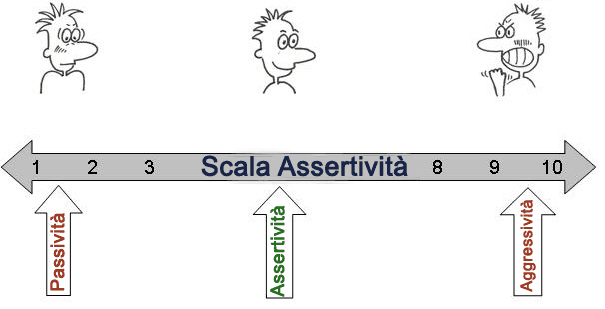 In short, when you are faced with a situation of interpersonal conflict, any kind of reaction seems to be wrong.

True, especially if you insist on prioritizing the option of reacting to that of thinking.

In the event of conflict, started or imminent, there is not only aggressive or passive reaction. 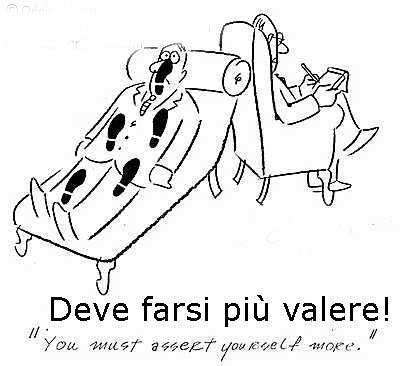 It is possible to act according to an assertive logic, that is, based on a two-pronged objective:

The concept of assertiveness and its applications are the foundation on which the de-escalation process is based, that is, everything that must be done to block in the bud a path of escalation in aggression.

Fight only if strictly necessary.