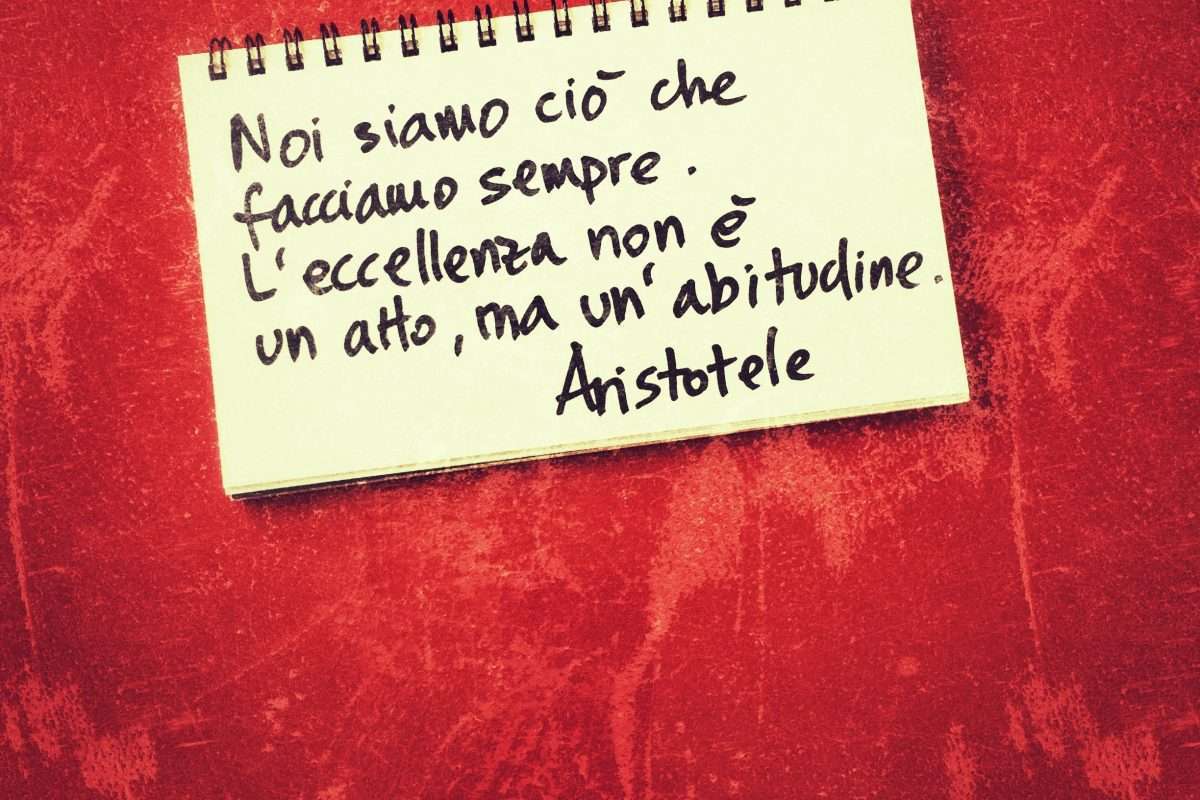 “We are what we do over and over again. Therefore, excellence is not an action, but a habit.” Aristotle

I want to start this pill of the day with a quote.

When your approach to martial arts and combat sports or self-defense has become a habit then it means that your behavior is aligned with your goal and every day you are taking a step forward.

The examples can be many but when people start practicing martial arts or attending a structured course of personal defense must acquire the ability to do something that he did not before and in some people this can be a source of stress and fatigue because you are doing something that you are not used to doing and it is not just about creating new habits but about abandoning bad habits as well.

Usually it says that to create a habit it takes 21 days but it is not always so, it depends on what we do but let’s see better how they work and how they create habits.

The habit (from Latin habitudo, habitudinis, physical or moral structure) is the disposition or attitude acquired through repeated experience. This provision is inherent in the behavior of humans and animals. It was the basis of the discovery of the rite of habit.

The habit is therefore the stable acquisition of a particular behavior mostly acquired by the frequent repetition of the act or experience itself for this habits are formed in the minds and it is here that they are strengthened and the extraordinary thing is that you can change or change.

Knowing the mechanisms by which habits are created becomes important to eliminate the wrong ones or modify them to have new ones or strengthen those you already have.

Habits are governed by mental mechanisms that work autonomously and that act automatically by interrupting old ones or creating new ones.

If you understand the operating mechanism of how they work it allows you to have an advantage.

If you repeat the same action several times constantly and daily, the attention and commitment required decreases, the actions become faster and the time taken decreases, to which we have acquired a habit, that is, do things automatically.

My personal problem is that I’m cluttered with sweet drinks like Coca Cola,Estathè especially lemon, etc. and for me it always remains a temptation but as you see in the image, drinking water (H2O) becomes a habit after only 18 days, while for example doing the abs every day after 50 days.

This is because the more challenging the task, the longer it takes to make it a habit but do you know the fantastic almost magical thing?.

That even if the task or the action is very difficult studies show that it never takes many days because it always takes just over 2 months, about 65 days.

This experiment was conducted by Dr Phillippa Lally of the Ucl Department of Epidemiology And Public Health Behaviour Research Centre where out of a sample of 96 subjects willing to develop a new habit, such as eating fruit in their diet or starting to play sports regularly, etc. and participants were constantly monitored not only in doing daily but also their basic propensity to “build a new habit”.

The result is that the subjects took on average about 65 days to build the new habit, but this varied according to the difficulty of the “task”.

Here are some observations made by researchers that help you understand the mechanism:

The research then concludes by saying that it takes about 65 days and not years to acquire new habits but my advice is to break the habit into micro-habits in order to make learning easier, clearly a strong motivation makes this process easier.

To acquire new habits, for example from a personal defense perspective, such as:

To acquire new habits for example with a view to learning a combat sport such as the habit of :

There is an interesting book that I recommend you read that is called “The Dictatorship of Habits” below a scheme.

Now that you know that it takes a few weeks to acquire a habit, in this period, in addition to recording an experience, the brain also gives up voluntary control of reactions and moves to automatic control and being that your mind and body are bound and influence each other, therefore, what is created in the mind will manifest its effects also on the body creating a kind of contentment and satisfaction in succeeding.

What used to seem like an effort and complicated will become simple and fulfilling to the point that it will seem strange not to do so.