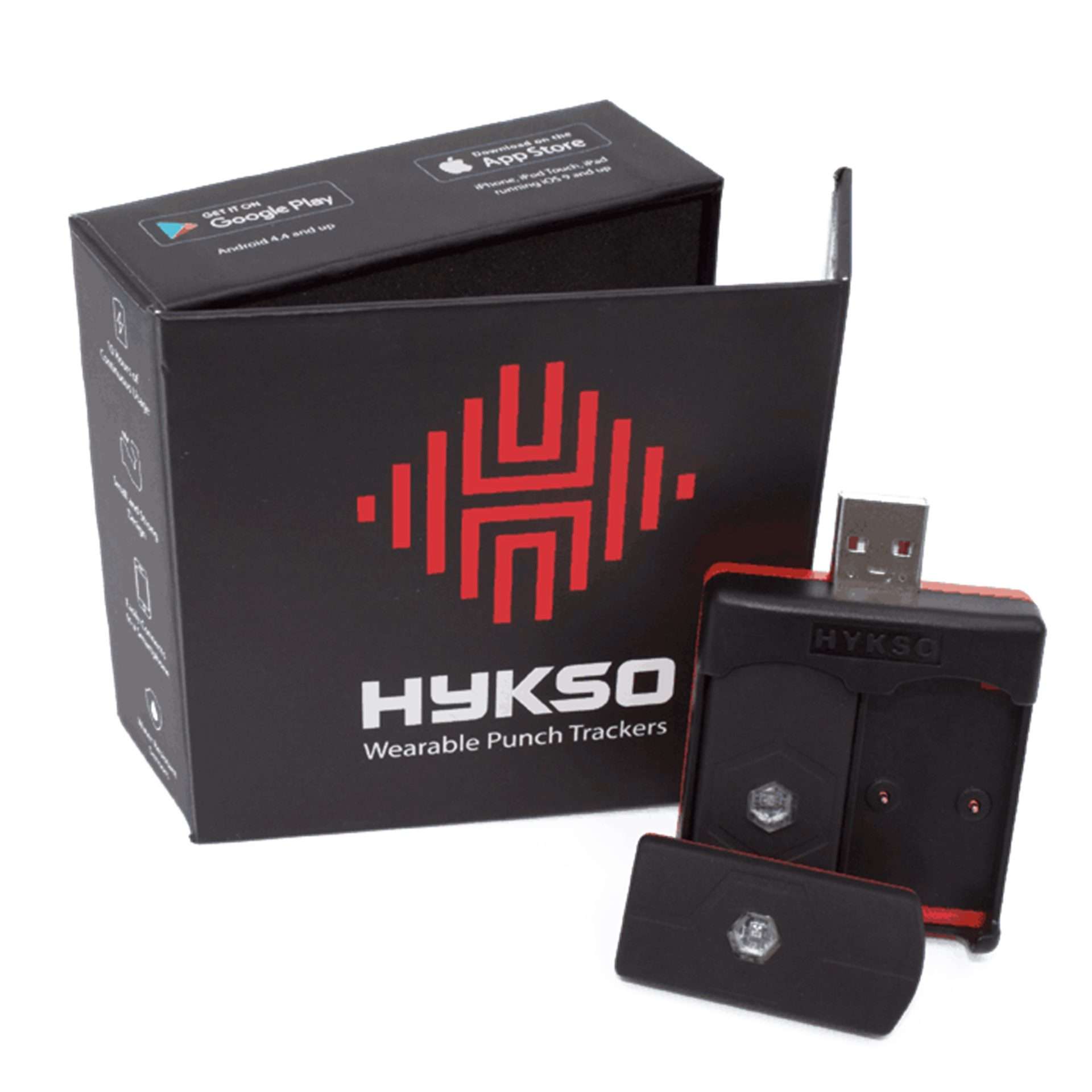 Train smartly, it’s not just about putting in hours of training but it’s about making the most of them.

The Hykso app allows you to view your punch production in real time and measure your daily, weekly and monthly progression, and Hykso’s punch trackers track the movement of your hands 1000 times per second to detect the number, type and speed of all your punches.

As you know I always like to offer you interesting news in the world of martial arts and today I want to introduce you to this very innovative product that is added to the series of Boxing Trackers that have come out in recent years, their name is Hykso PunchTrackers. 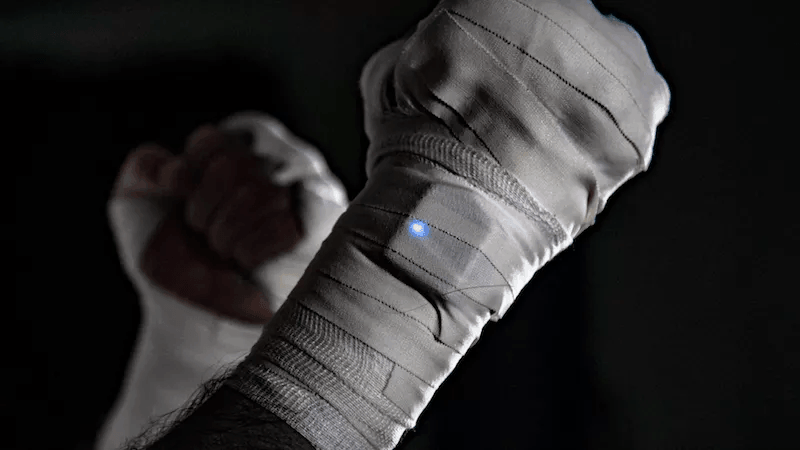 Useful especially if you are a trainer and want to go deeper on the real performance at this time of your athletes or if you are an athlete who trains alone and wants to know more about himself, this tool can be very useful.

Over the next few years we will see more and more of these tools entering a lot of sports including martial arts and combat sports.

“Set clear goals during each workout and improve faster than everyone else.” 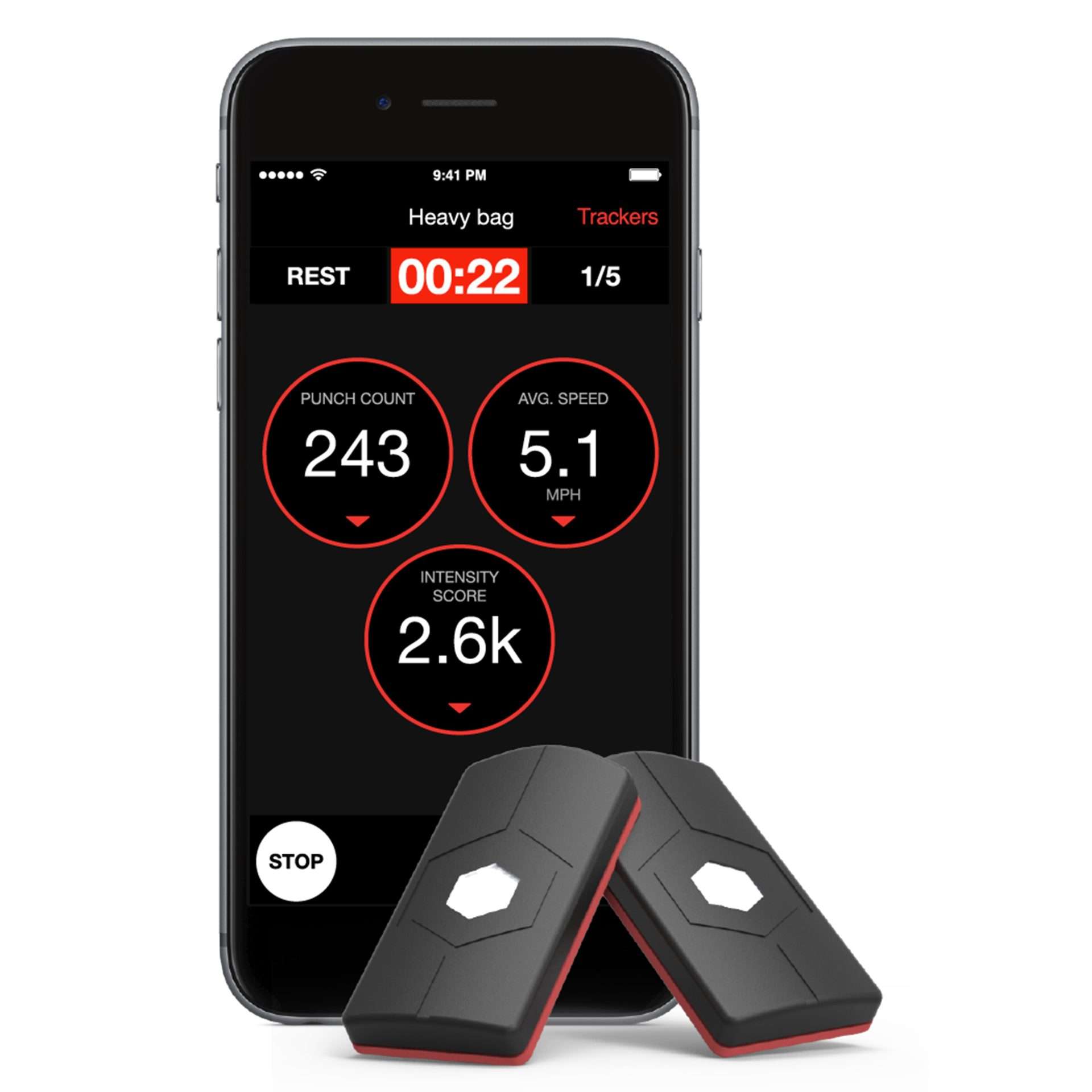 This is the motto of this company that proposes a technological training in sports where sweat and fatigue have always been in the yardstick.

The Hykso Punch Trackers is a tracking technology of your fists.

The Hykso app allows you to view the output of your punches in real time and measure the daily, weekly and monthly progression.

Hykso’s punch trackers track the movement of your hands 1000 times per second to detect the number, type, and speed of all punches. 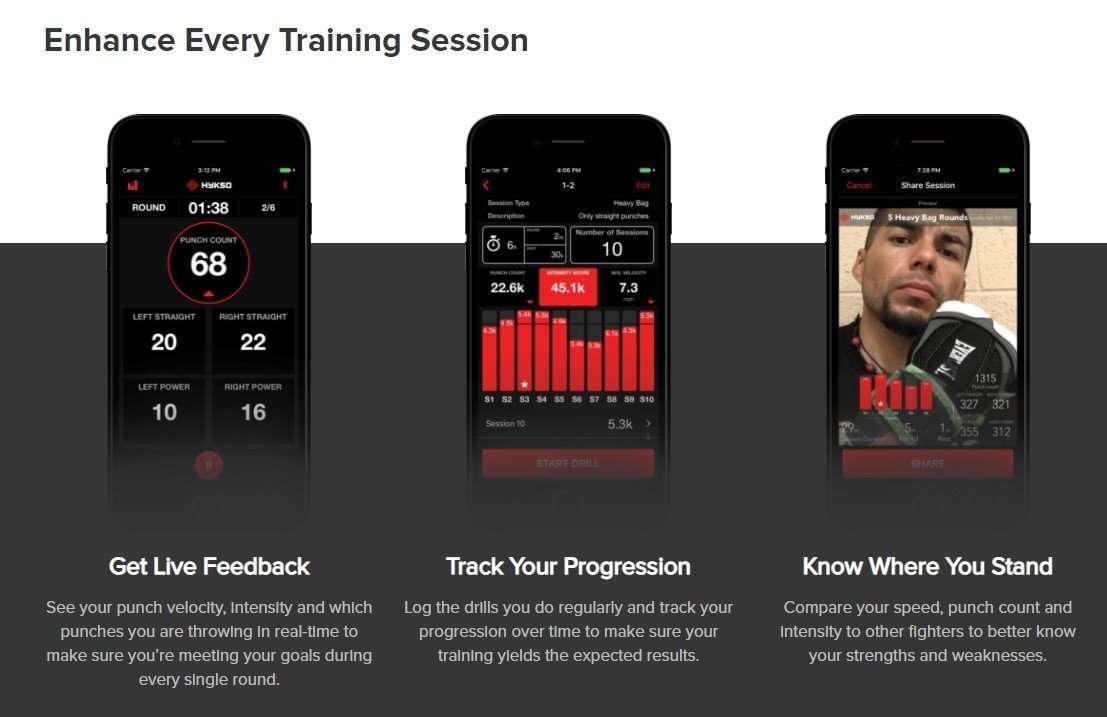 The benefits of tracking your shots and getting feedback: 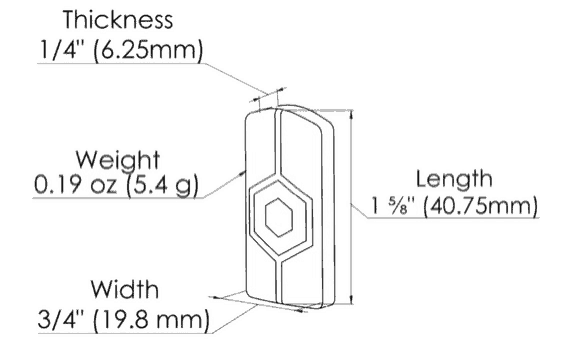 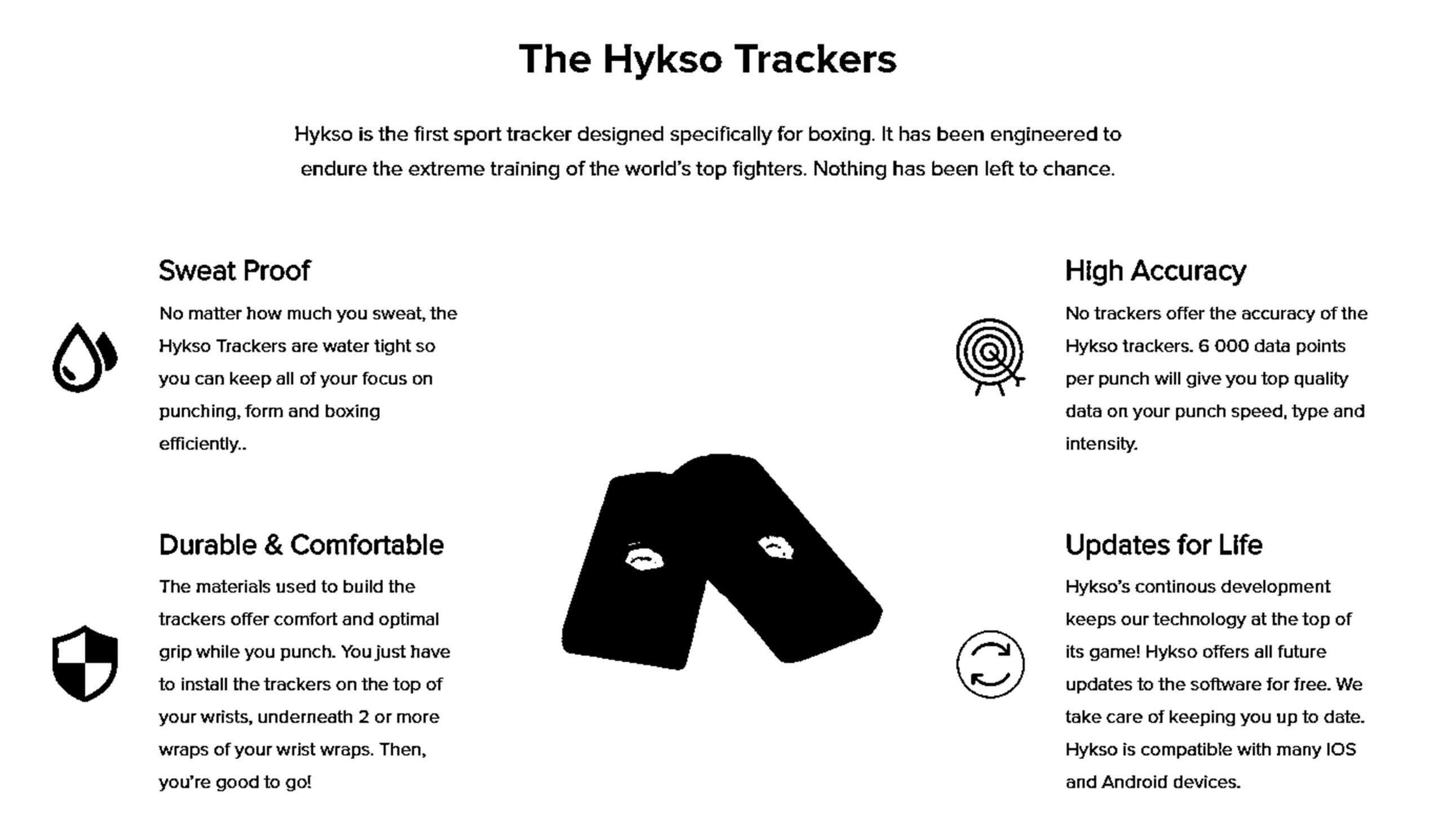 “The most interesting thing already after a few training sections with the tracker is that in sparring I increased the cadence of the number of shots given per round.

Now I shoot shots every three or four seconds compared to 5-6 seconds before.

This is something I never thought of. You don’t just feel like improving. 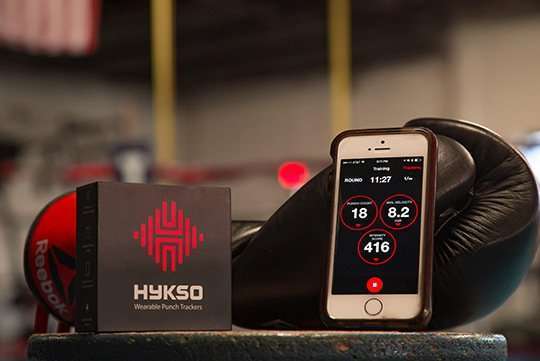 We deeply believe that knowledge is the best way to unlock your full potential.

It is also clear to us that the best way to acquire this knowledge is through innovative science. We have created this page so that you can learn more about the science behind your Hykso Trackers.

What is the intensity score?

The intensity score is a proprietary metric that will be critical to your Experience with Hykso. Let’s see what it is:

Check out this graph of the 3-level system: 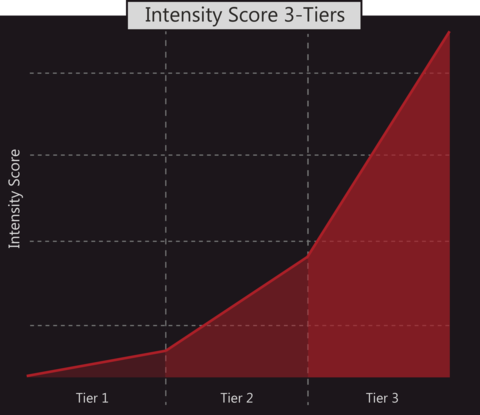 Each level drastically increases the intensity score, so for the highest score you should always throw the largest volume of level 3 punches, so it is a compromise between volume and intensity.

Basically, you should push yourself to hit as hard and as much as possible during a workout and you will get an increasingly better intensity score!

Use it to compare your efforts during a workout.

For example, you can perform the same exercise twice and aim to improve your intensity score.

You can also monitor your intensity score between exercises to see which ones push you to the maximum.

What is the average speed?

Let’s make things a little clearer. Let’s talk about the average speed and what it is exactly.

What is our punch recognition system for?

Every time you punch we record the maximum speed reached during the movement.

Not necessarily the speed at which you hit the sack.

So, let’s average for each round, so you can see at what speed most of your punches traveled.

What does our fist recognition system do?

Distinguish between 4 types of shots:

It also removes movements that we do not consider punches as much as possible, such as:

They fine-tuned the antenna to get the best performance near the skin, under bandages and gloves.

This technology easily connects to most smartphones. 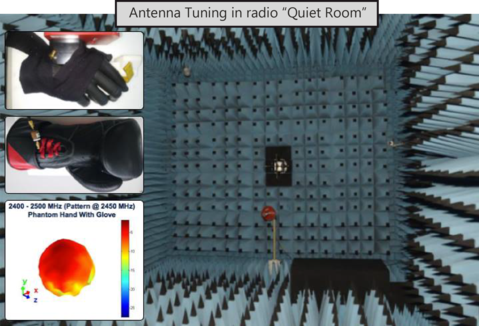 The processor runs an artificial intelligence system on chip. This is how we recognize movements.

Autonomous from your smartphone

Hykso Tracker is a fully integrated system, which means that:

Batteries are often the hardest part to solve when building wearable technology. Ours is as efficient as possible:

We truly believe that Hykso Trackers will make you work harder than you’ve ever done.

That is why we built them so that they can withstand both moisture and sweat.

Here is a Hykso Tracker submitted to the final test. 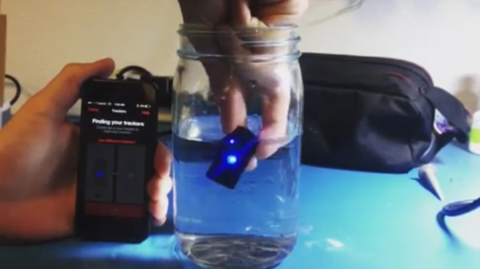 On this image you can see that the tracker is still connected to the app, although it is completely underwater

DO NOT TRY THIS AT HOME AS IT IS NOT COVERED BY THE WARRANTY!

Where to buy Hykso Punch Trackers:

These are new technologies available to athletes and coaches to monitor progress on athletic training, tools that help to objectively measure performance in order to verify if everything you are doing is really effective over time to achieve the set goals.