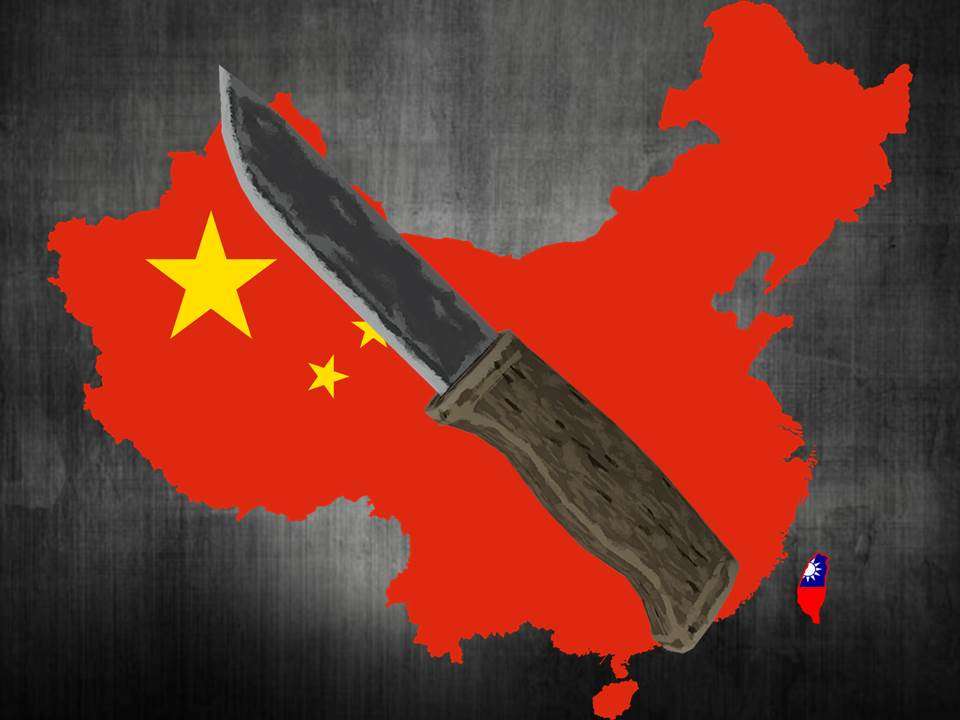 Now the reason that pushed the Chinese state to take this initiative is rather curious but in some (not all) Chinese girls’ schools the art of the knifeis taught !!

So be careful, do not mess with a Chinese woman: The high school diploma teaches their students not only traditional subjects but also through steps with knife drills with military training daggers (for safety).


These below are the incredible images of how high school girls in China were put to the test with military-style dagger drills.

Each of the girls must shout the words “kill, stab, slash jab” as they perform each of the movements (eight sets) involved in the high-intensity combat knife session.

Every student learns some form of self-defense training.

According to Instructor Tan:

“If faced with real danger our students can use any sharp object at hand to handle the attacker. Wands and fork for hair for example.” 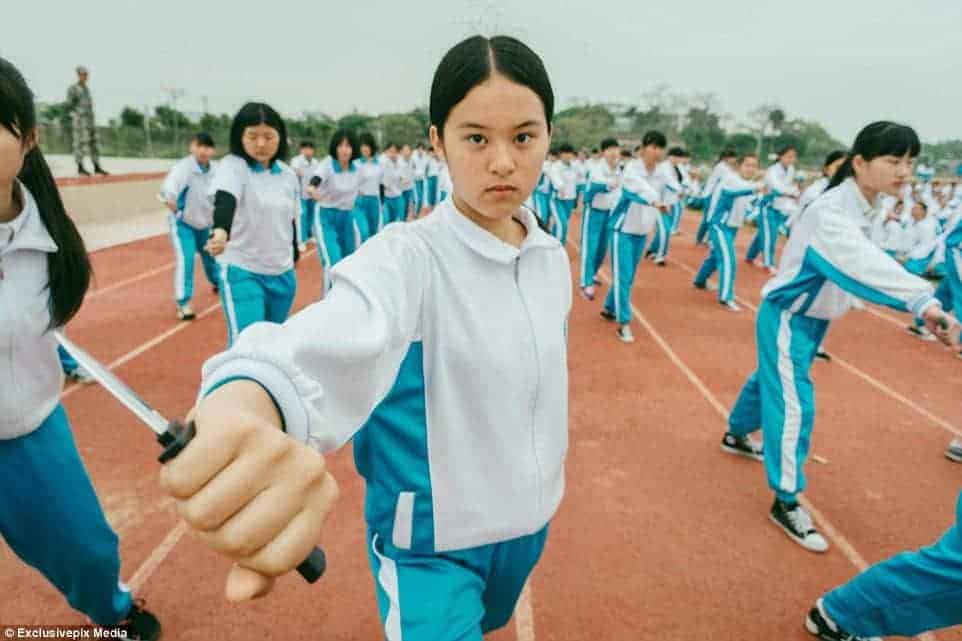 Girls between the ages of 16 and 18 receive an intensive instruction on how to use a knife from a former special forces soldier. 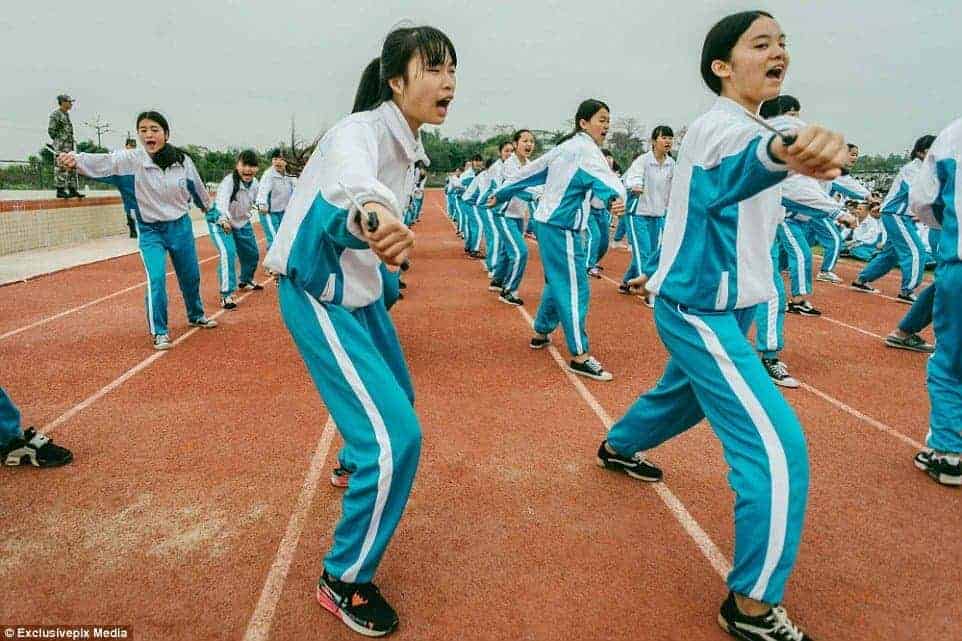 Knives have retractable blades to avoid injury, but girls are taught techniques that could save their lives. 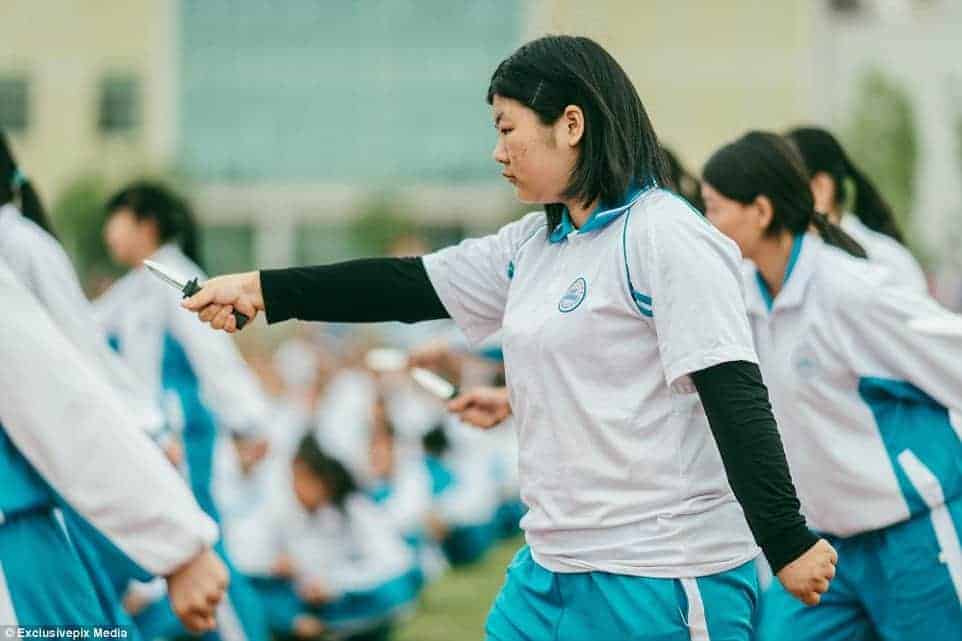 The first 68 of the girls did their five-day training session with instructor Tan at March 27 Huizhou Integrated High School. integrato. 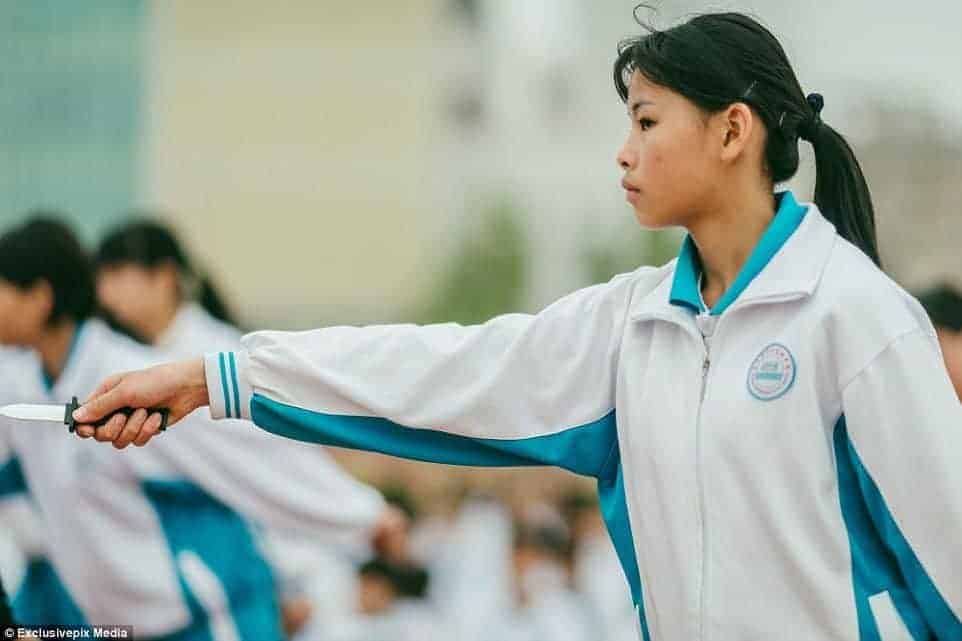 Each student at the school learns some self-defense techniques with and without a knife to help them identify dangerous situations. 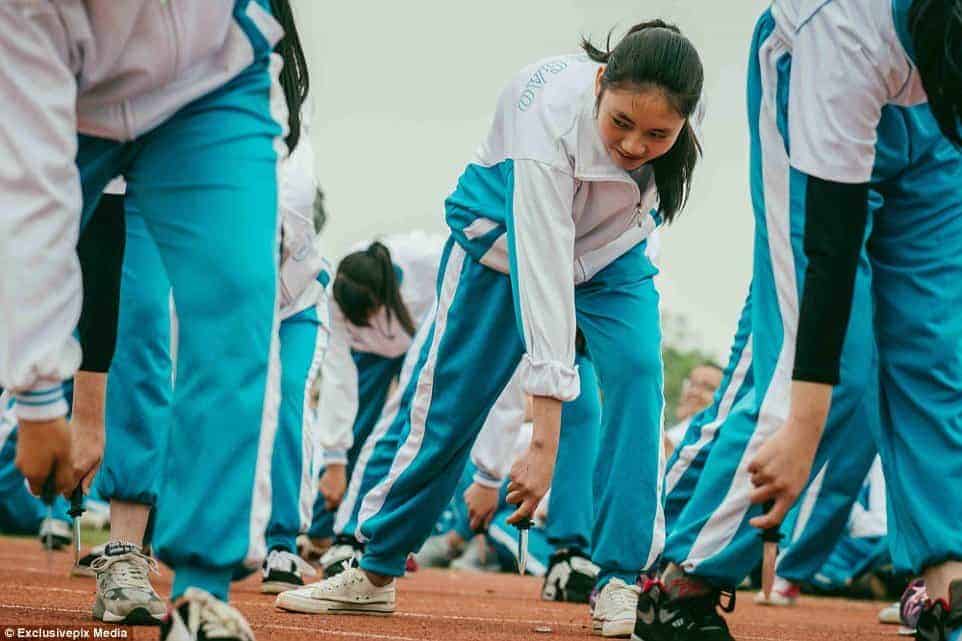 Instructor Tan, a former military of the Chinese special forces said that the girls, once trained, will be able to use any sharp elements to defend themselves in the future including simple chopsticks for eating. 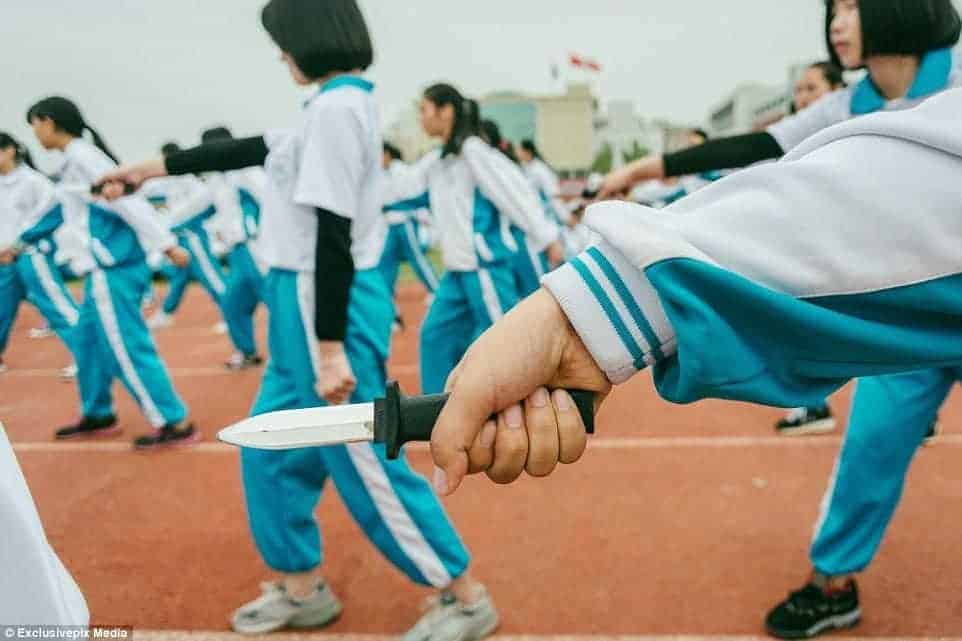 The school bought 250 of the knives, which have a retractable plastic blade, and officials say they are completely safe. 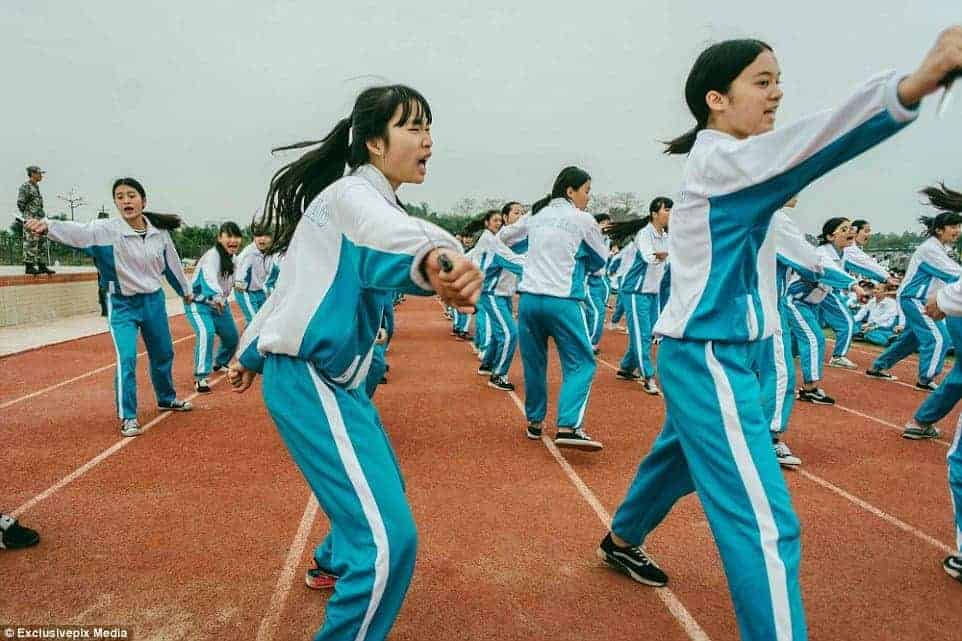 The girls are all trained with a series of eight moves that will allow them to defend themselves against a determined attacker. 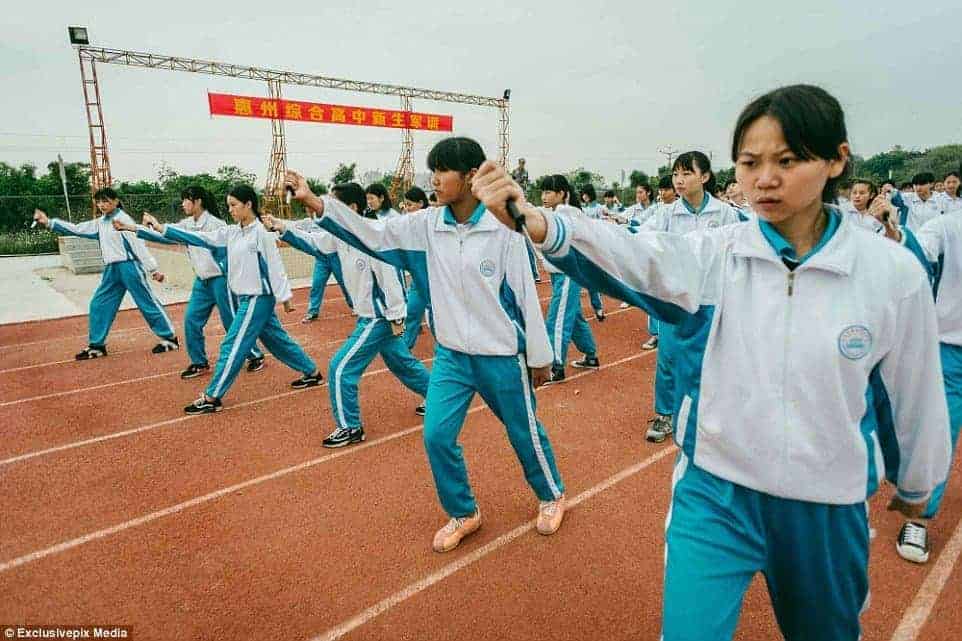 The girls are all encouraging during training sessions to shout ‘kill, stab, slash jab’ as they work through various self-defense movements under the guidance of the instructor. 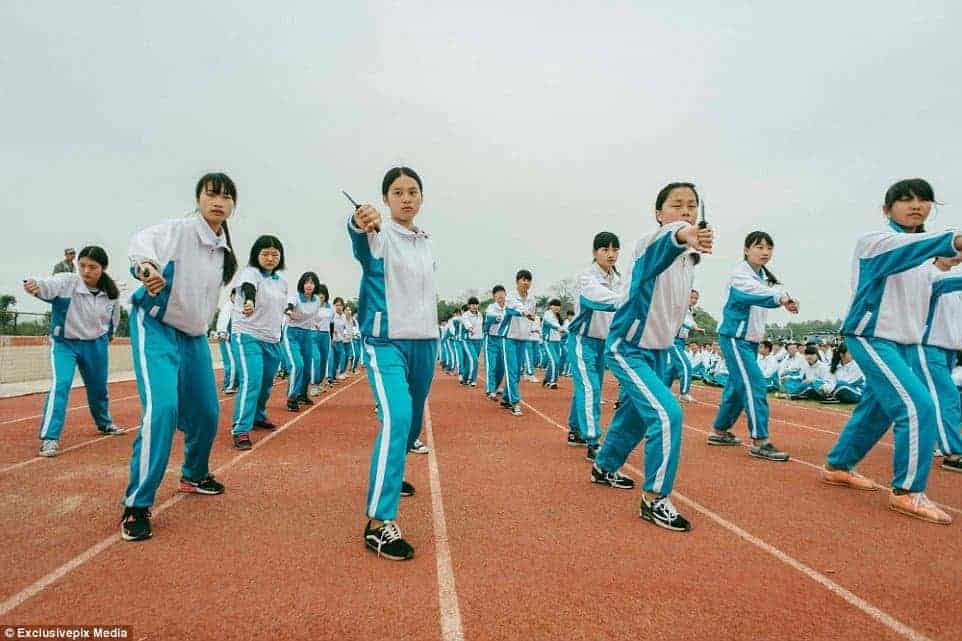 A curious approach, but in Italy would all this be possible?.

Knife training may be something that is not common as we are used to in Europe, but it would certainly be useful to do women’s personal defence courses and behaviour/legislature courses in high schools against possible stalkers and over-intrusive children.

For more information and advice on this, please contact me.