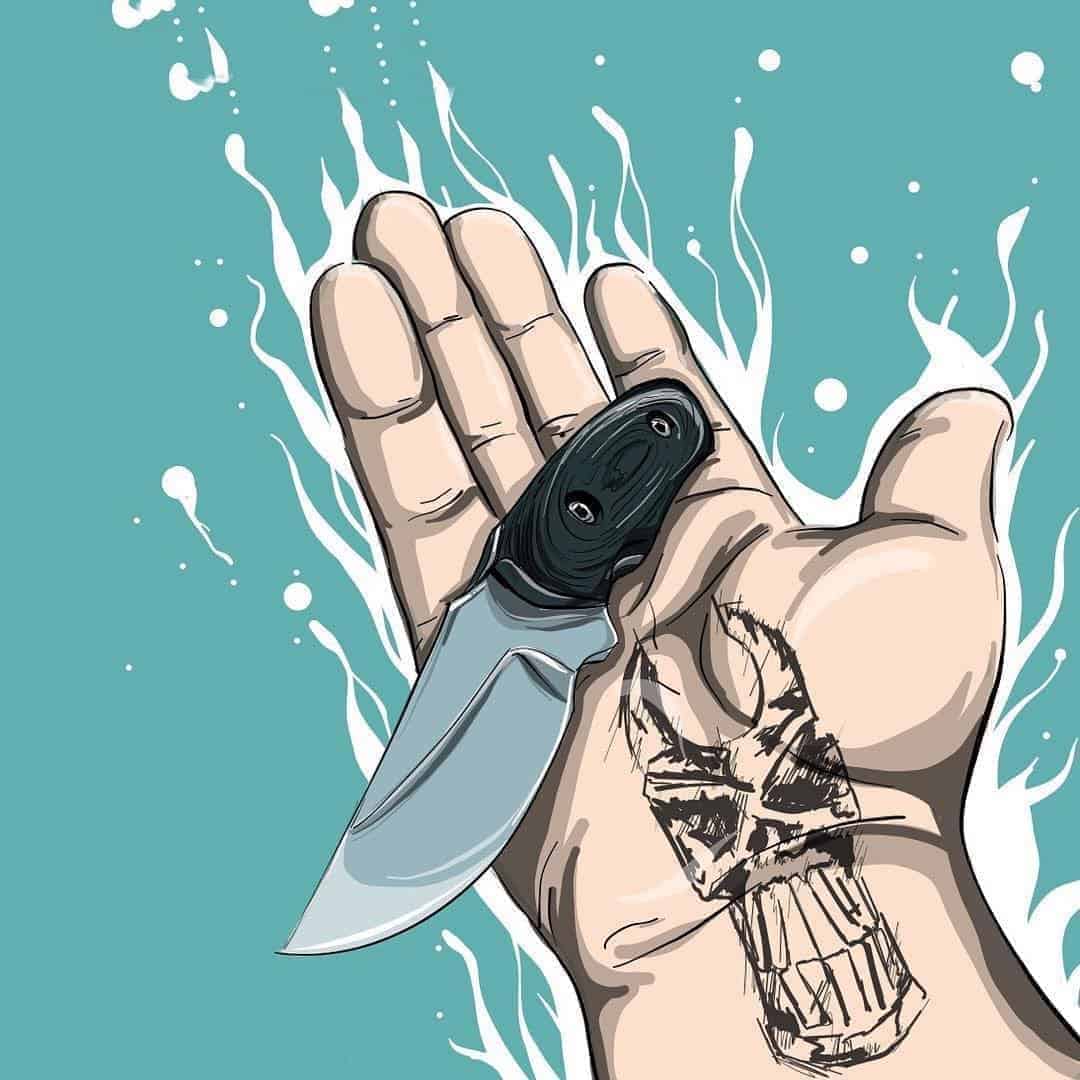 Knives are not givenaway, and every country in this regard has its superstitions on knives and if you have to give them away and in what form.

In some countries it is traditionally believed that giving a knife as a gift to a friend cuts or divides the relationship.

To avoid such misfortune those who receive it must give a coin in return in order to “pay” the gift.

It is common to include a penny in the gift of a knife, who receives it must return it as “payment”.

Ps. Even mixing liquids or powders with a blade brings bad luck; as the rhyme says, “Mescolar with a knife, you misdemeanthe dispute.”

For some cultures giving a blade as a gift is considered a sign of respect andtrust.

Giving a knife is a common practice particularly in Finland where various non-governmental organisations and even government agencies traditionally give a puukko (a Finnish fixed-blade hunting knife) as a gift to employers or trusted contacts.

The puukko is always presented by placing the handle as a sign of trust and friendly intentions.

In many parts of the United States, passing an open blade of a cleat to someone is considered to be a bad luck.

This is particularly common in rural areas where carrying a blade in your pocket is as common as carrying a bunch of keys.

It is also believed that allowing someone to close a blade of a folding knife that someone else had opened brings bad luck.

These superstitions are also found with swords, there are many rumors regarding the treatment of blades that are used in combat.

Generally, these superstitions state that it is unfortunate to have extracted a blade from its sheath without having used it.

Certain cultures believe that a blade does not belong to an individual until “he has bitten it“, or had a taste of their soul.

Those who believe in such superstitions can intentionally sting or cut off a finger with the blade rather than risk a subsequent and accidental cut.

According to this superstition, the blade will remain more sharp for longer and is less likely to accidentally cut its owner once he has made her taste the blood.

In Ukraine it is believed that eating food from the knife instead of from the fork or spoon or at least bringing the knife closer to the mouth brings bad luck. 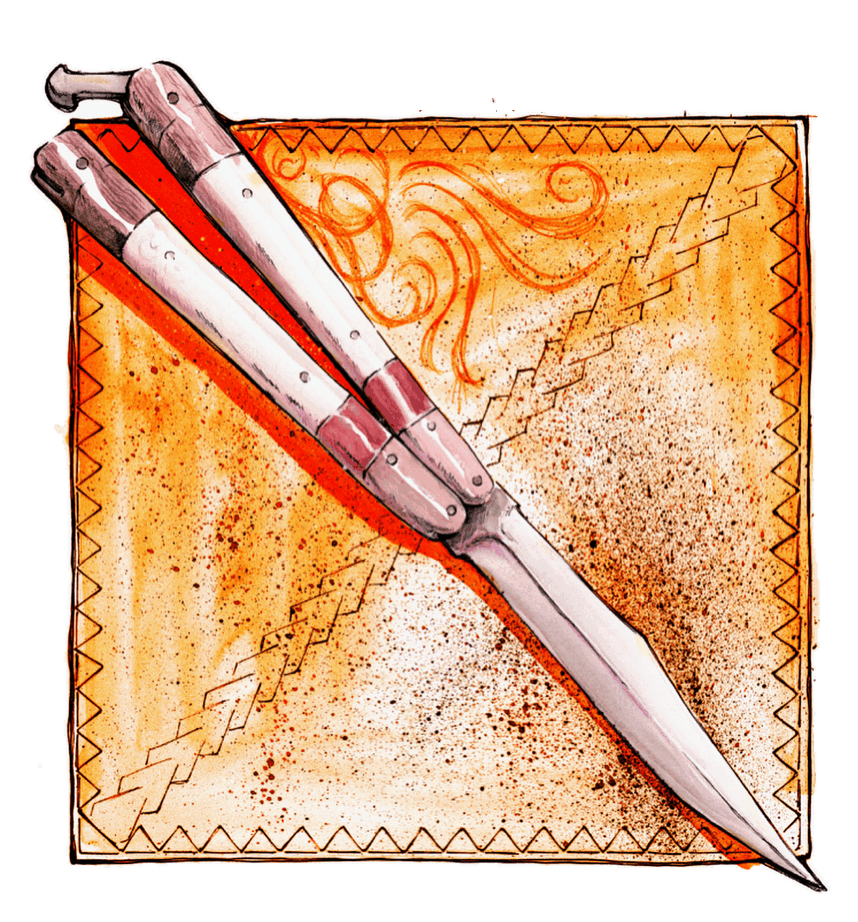 So can the knife be given or not?

The answer is that you can give away but respect the “law of tradition”.

You don’t actually give it away but you “sell”it.

This is because giving a knife has, in some cases, the value of a curse, a kind of wish of death or misfortune.

Giving it away is like telling the person to kill himself or get hurt with thatknife.

To avoid this, those who receive the gift must pay the knife with a coin even of little value, because the payment is symbolic.

To prevent the recipient from forget this passage, in many Italian regions it is customary to give a knife together with a coin. Whoever receives the gift takes the coin and uses it to pay for theknife.

The name engraved on the knife

You don’t write the owner’s name on the knife.

It is also said that writing the name of the owner on the blade or handle of the person to whom you are giving, is considered an inappropriate and unconvenientthing .

This is for two reasons:

In many Italian cultures the knife is a strictly personalobject, and is hardly lend it.

How to give the knife away

Another particularity concerns the way in which you usually give a knife inItaly.

Unlike any other gift is who is making the gift that must open the package, then open the knife if it is a lockable knife or extract it from the sheath if it is a fixed blade and grab it by clutching it with your fingers on the blade wire.

In this way he will porg it to the recipient of the gift, which will grab him by thehandle.

This gesture is a sign of deep respect and trust in the person to whom you are giving the gift, because by grabbing the knife from the handle, it could easily push it towards the belly of the person who is giving it away, stabbing it.

Although today many superstitions are largelyoutdated, these customs are still respected and are now habits still respected if only as customs. It’s gestures that you do some without knowingwhy, just because maybe our parents handed it down to us or we saw it done by them when we were little.

A tradition that accompanies the generations then, sometimes forgetting the meaning of the gesture and losing the apparent sense of the gesture but that it would be good to remember because, after all, they are a part of our history of the knife.