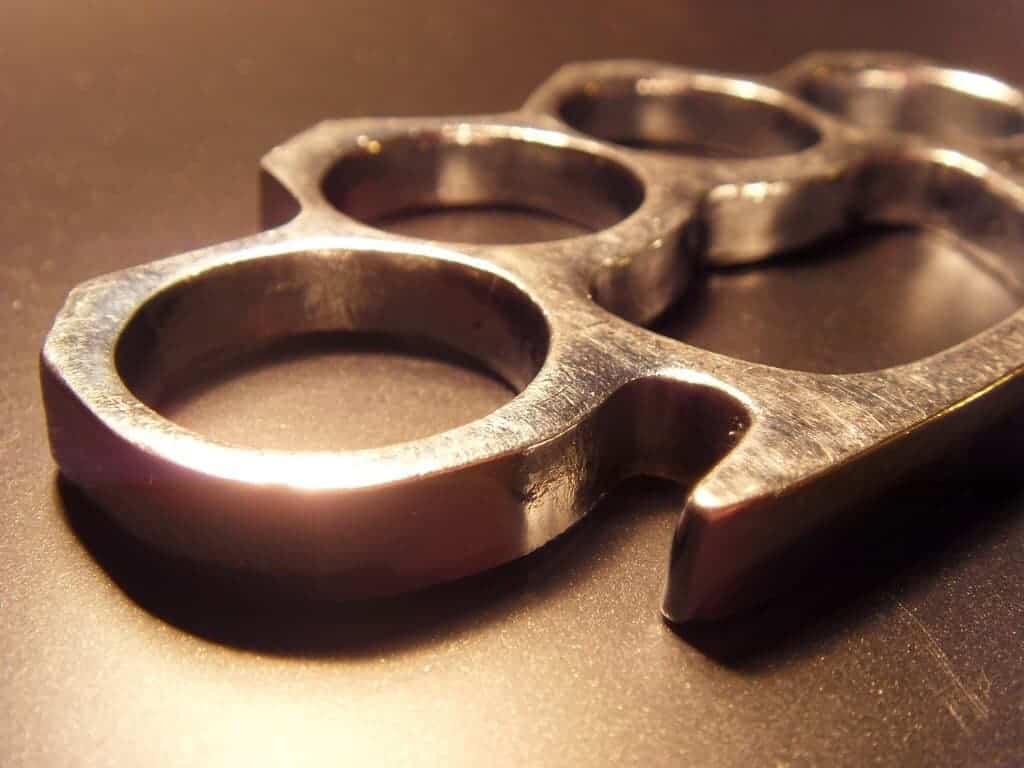 The Knuckle Duster or throws punches is seen by many as a coward’s tool or used by delinquents and people who can’t throw punches.

Others call it “the weapon of the mediocre.”

Okay, all true, but the substance of the object does not change, the Knuckle Duster is an amplifier for your fist.

Those who work in security know well how often the bouncers always have in their pockets for the most critical situations even the knuckle!

The tool itself, like many other self-defense tools, is nothing good or bad, it depends on how and why you use it that makes the difference.

Every culture has its own version of knuckles!

The pepper spray you can use it to defend yourself or to attack, the news is full of examples about it, such as a knife you can use it to cut bread or threaten someone,the walking stick to lean on you or to hit someone from behind.

Try to think about it, used to defend yourself from an aggression can be a great tool but I’m sorry to tell you that the law does not allow the transport of this object.

So be careful because it is forbidden in many states in the world to go around with a knuckle in your pocket or backpack. 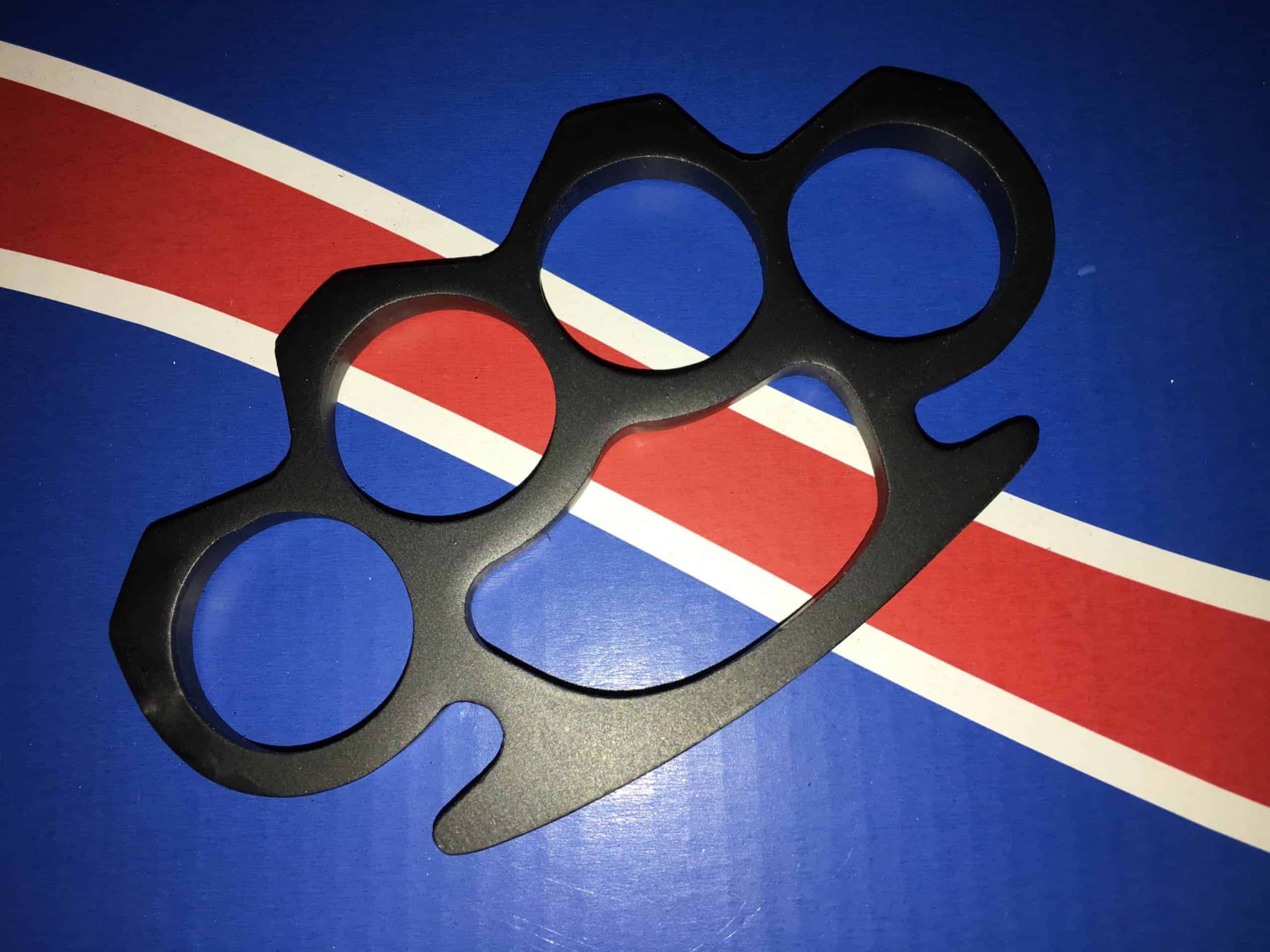 Now apart from opinions and the law, exactly what is it?.

So it is true that the Knuckle Duster or Noccoliera is a dangerous object but if you use it to defend yourself it becomes a strong deterrent and with an important effectiveness.

After all, you’re not the one you want to attack, no one asked that head of. or to come and try to beat you or threaten you and if you don’t really have the chance to go away having a tool that helps you is always something useful.

Being unarmed in self-defense is not the best choice!

A little history of this ancient and feared object.

Sometimes called “knucks” or “knuckle pullers” or “Punch rings”, and a weapon similar to the “TEKKO” is one of the traditional weapons of kobudo, a martial art from Okinawa, Japan. 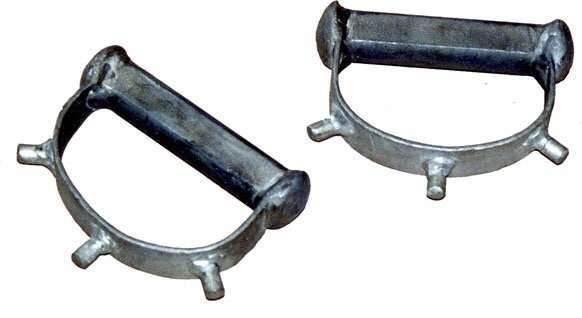 Ok this tool greatly increases the power of the shot.

Do you have a weak fist?

So it’s time to know that even you who are weak can finally have the necessary advantage over your aggressor.

You are very thin or you are a girl this can be a very powerful object.

With little money and cheap you can buy a knagging car even if the port is illegal but if you are attacked your fist increases the damage compared to “a normal” bare or unarmed hand attack.

The brass knuckles adds extreme force to your fist.

They make the fist a solid rock, as if you had conditioned your knuckles and it won’t take much more than a single punch to get the results you want.

The brass knuckles are very effective for fighting by bare hand, but it should only be used for self-defense when attacked.

Remember you’re committing a crime! whether you’re wearing it on the street and worse if you use it. 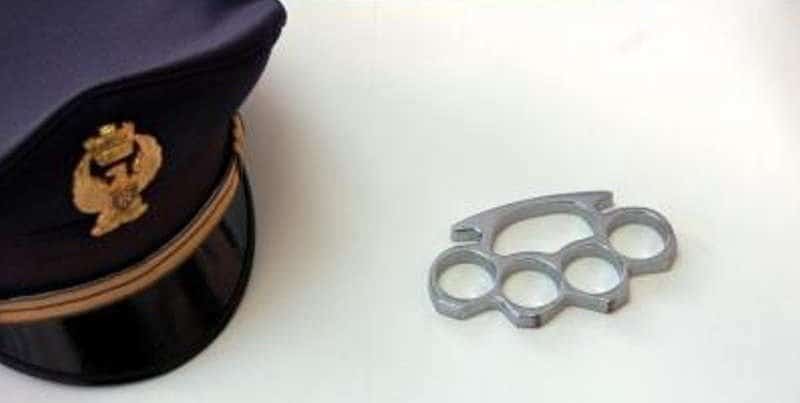 It is a highly dangerous tool and for this reason it is illegal unlike kubotanin almost all countries of the world except in Brazil where if you are of age you can take it and in some state of the United States, but it is illegal all over the world.

Easily concealable and transportable there are of all shapes and sizes, usually metal but today also plastic, carbon, micarta not to be detected by metal detectors and even some wooden versions. 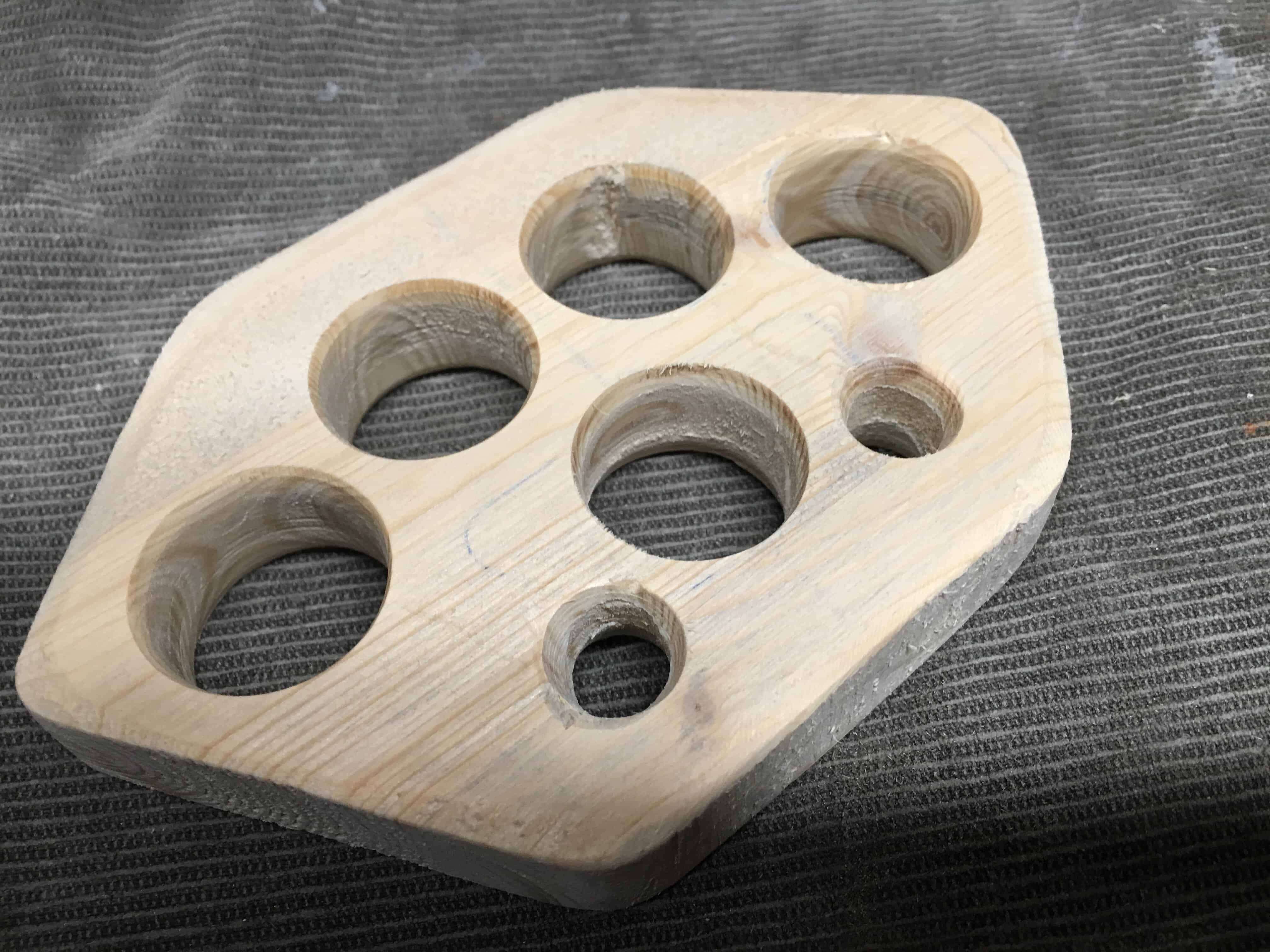 Now being an illegal object often criminals carry with them objects that basically have the same function. 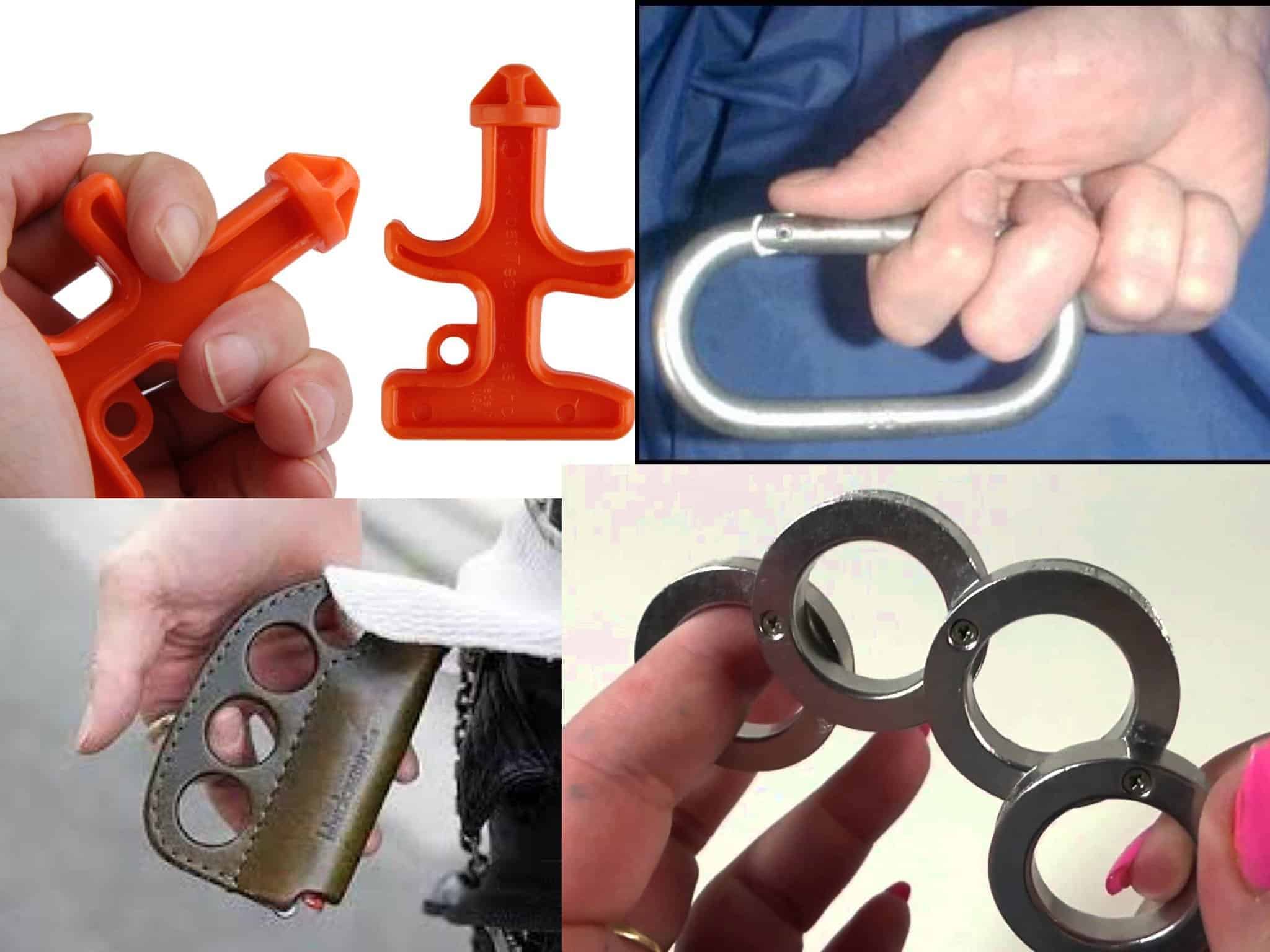 Using the Knuckle Duster or Throw Punches as you can imagine is not very complicated because you have to “just” punch.

These are weapons used in hand-to-hand combat.

Fist pulls are variable-shaped metal objects to fit around your knuckles.

As I told you they are often made of steel or aluminum, brass but also plastic or carbon fibers, wood. 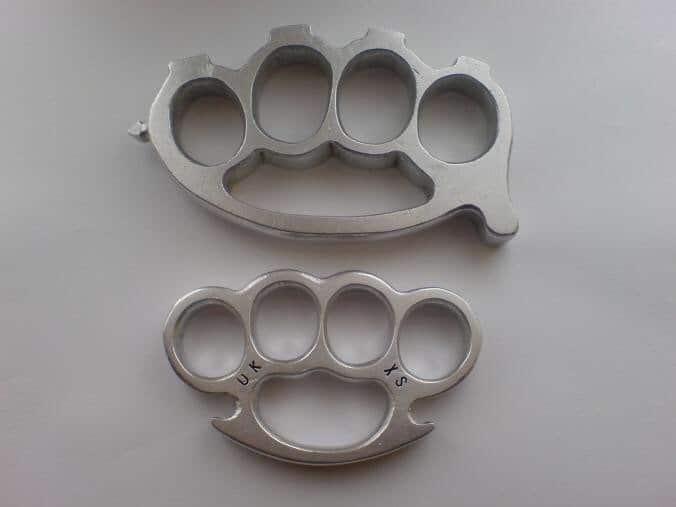 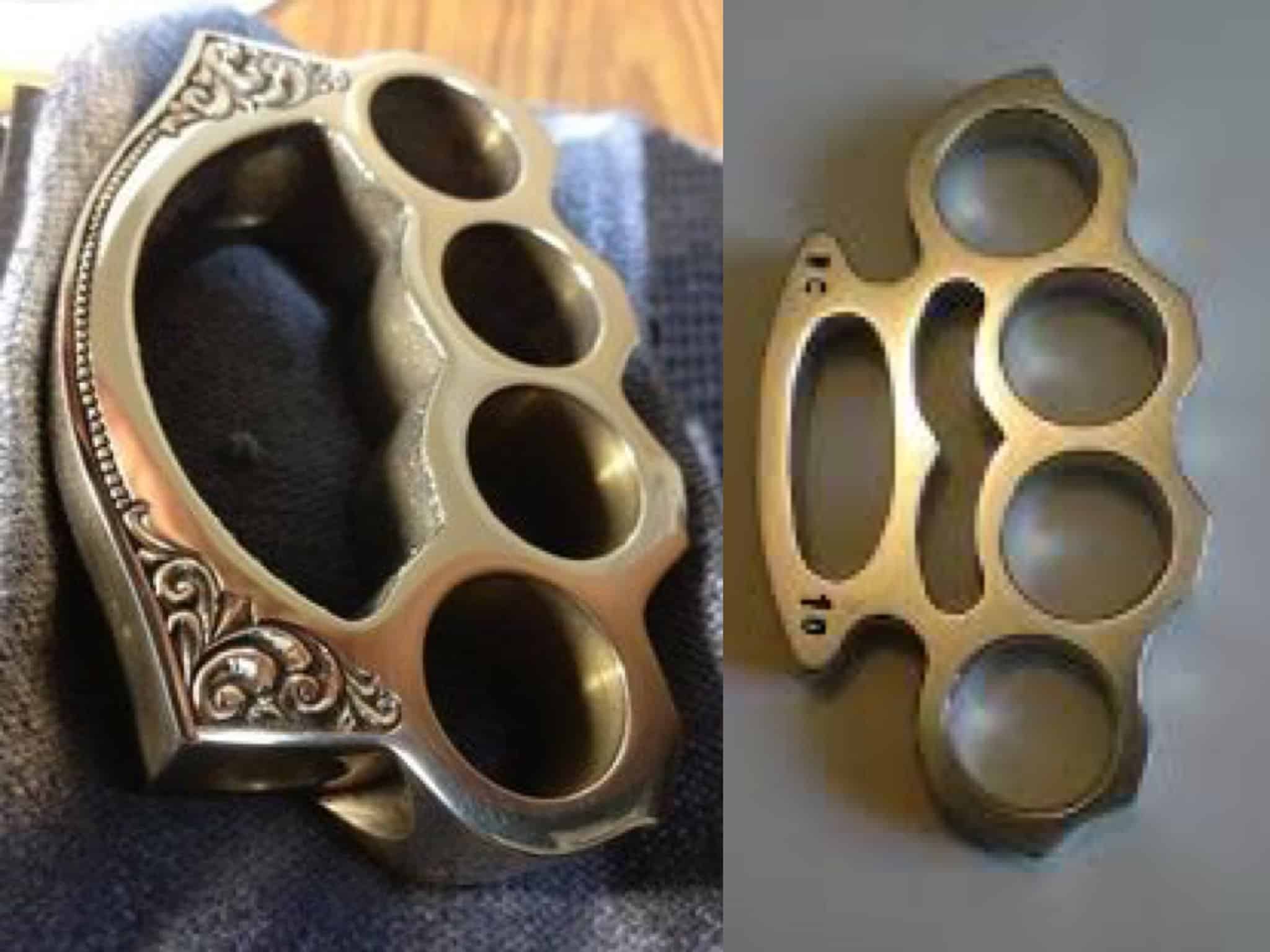 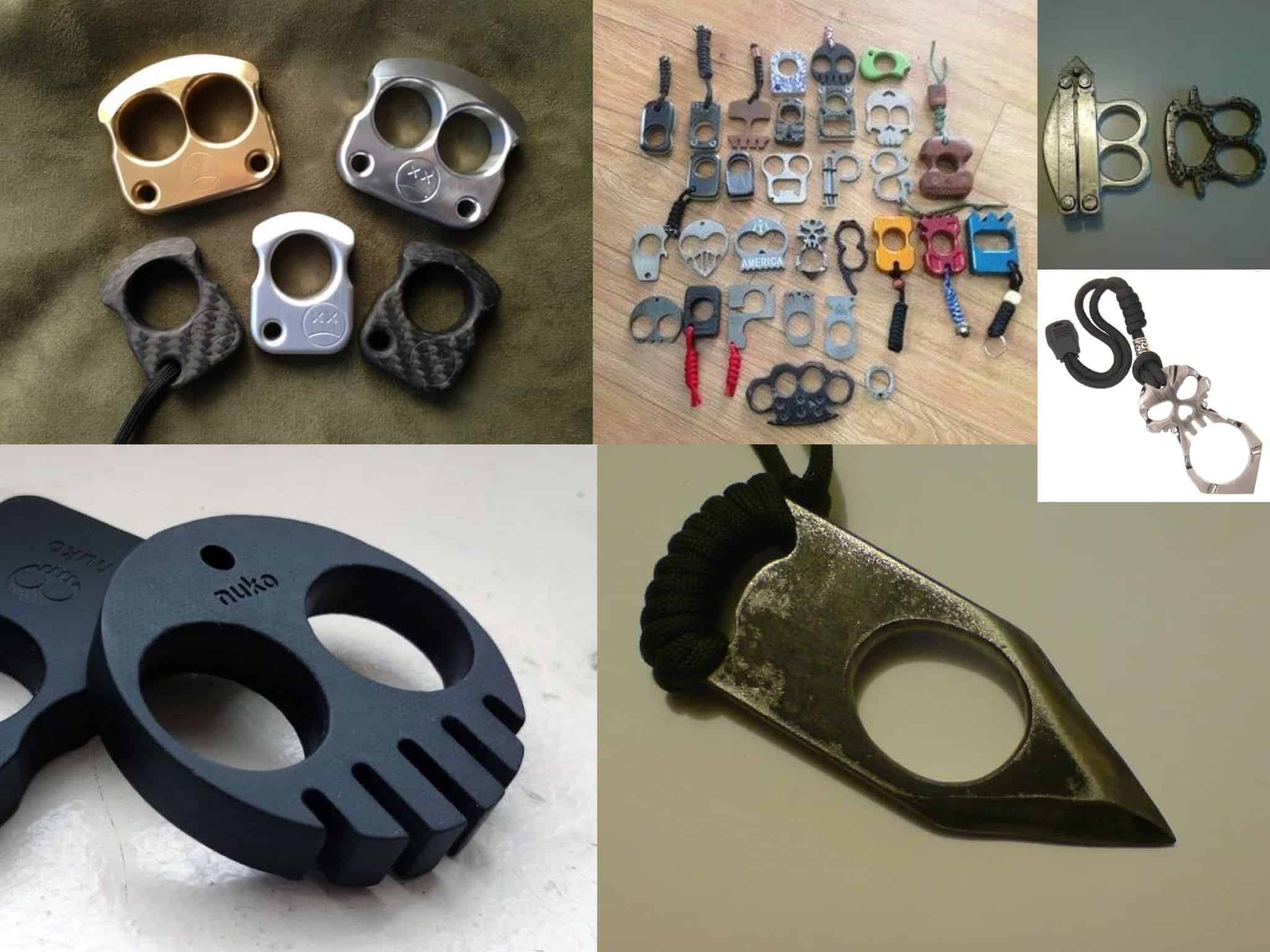 The Knuckle Duster or Punch Pull is designed to preserve and concentrate the strength of a fist by directing it to a harder contact zone, resulting in greater tissue disintegration by creating deep wounds and an increased probability of fracturing the victim’s bones at the time of impact.

The grip with the extended and rounded palm also spreads through your palm of the hand because the counter-force of the impact must be absorbed by the palm and not by the fingers that would otherwise be damaged if not broken, reducing the likelihood of damage to the attacker’s fingers.

ATTENTION!! Consider that most brass knuckles actually do damage are not designed and conceived correctly resulting in unusable because you would fracture your fingers even if you still caused damage to your attacker.

There are some basic rules for building a noccolier, most of those on the market are not designed to pull with maximum power (who knows if deliberately!).

She hopes to never find anyone in front of you with a noccolier because it’s very dangerous even in the hands of a jerk.

If you see a knuckle duster in someone’s hand, they’re a long way away. 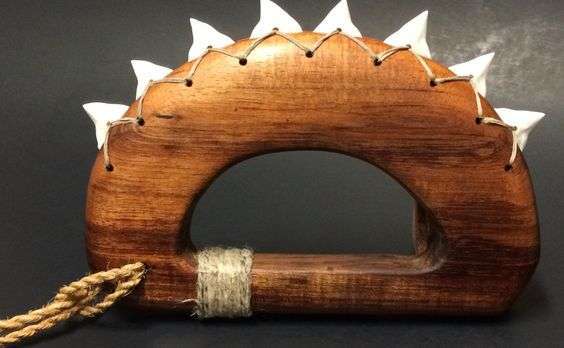 It is one of the weapons that were used in ancient times in the areas of the Hawaiian Islands,these pieces are exhibited in museums all over the world and made by local artisans as reproductions.

It is an authentic Hawaiian Knuckle Duster with intimidating shark teeth inserted.

This beautiful piece of ancient combat art measures about 20 cm in length with a total of 8 real teeth of tiger shark.

It is hand-carved with rare Curly Koa wood and is laced with fabrics of fiber rings also called “olonai”, a Hawaiian shrub, the bark of which is made for its strong and durable fiber.

This distinctive piece of Hawaiian art.

Today many people have it in the house as an ornamental object, perfect also as a tropical decoration for a Hawaiian-style house.

A great gift with a lot of ALOHA!

It is an ancient Hawaiian Weapon Knuckle Duster, and is a weapon used by early Hawaiians for hand-to-hand close combat.

The bow is integrated with tiger shark teeth sharp as razors to make them even sharper.

Each shark tooth is laced with a double wire at the Koa base.

The version of the photo below is with 10 teeth, each craftsman expresses his art in the construction of this object.

As you can also see in the past in every part of the world you tried to find an amplifier of pain for naked hand combat for hand-to-hand situations.

Today, in addition to the Knuckle Duster, which are instruments considered illegal for their dangerousness, there are gloves with plastic inserts on the knuckles and the back of the hand that become something very similar to a Knucke Duster even if disguised as a glove.

The search for tools to amplify the effect of a bare hand punch has always been sought by man.