“See and hear the result of your training techniques”

This is the motto of this training knife proposed by its creators that when it comes into contact it sounds and lights up to “certify” the contact.


What I want to tell you today in this article is related to the search for alternative tools for knife training beyond the systems used such as the aluminum training knife.

Some time ago I introduced you to the Shock Knife that I also tested in sparring already several years ago but today I want to present you a still different and much cheaper alternative and above all that you can buy in Italy unlike the shock knife that by law can not be sold in Italy.

Ps. My two Shock Knife had arrived through Switzerland through a friend to allow me to test the product, too bad that in those years (more than three years ago) I still did not have this blog.

It is an innovative knife training tool for law enforcement, for military exercises, self-defense, martial arts, or playing and competing short knife fencing with your training partners.

Short knife fencing is a “game” similar to the sport of fencing, read the post with some examples of “fencing game” that you can do.

Each opponent has a Mimic Aku Strike T-16 LED and chooses to set a red or green color, and then the game begins. 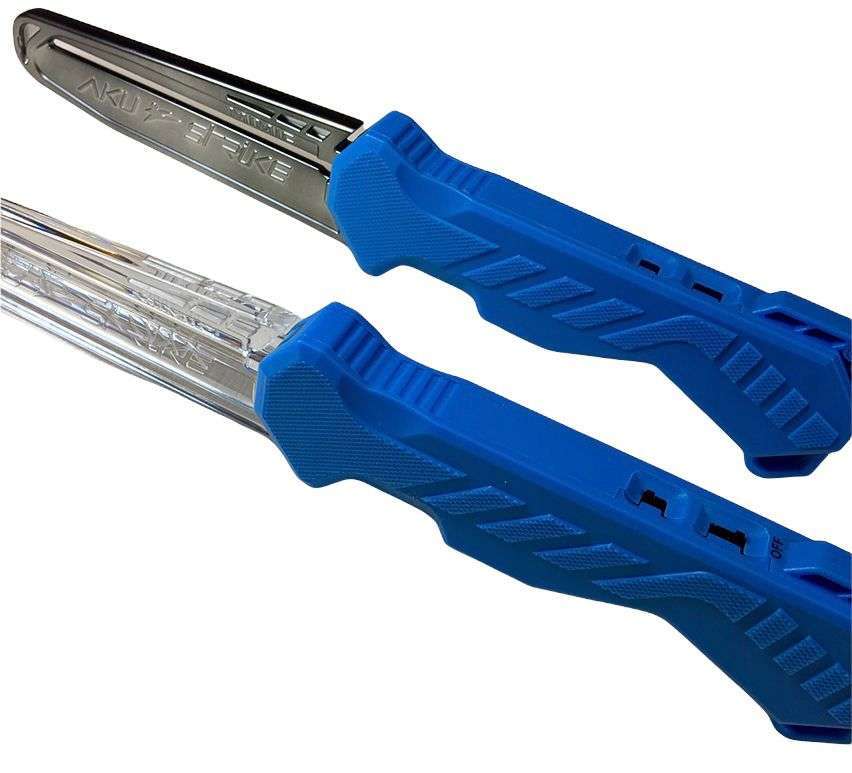 You will learn much more about the knife after using the Mimic Aku Strike T-16 LED Knife Training?.

Due to the light and sonic reaction of the Mimic, which gives you feedback “contact confirmation“, the desire to hear the light activate or sound makes people more competitive and eager to activate the LED/beeper resulting in an improvement in attitude. 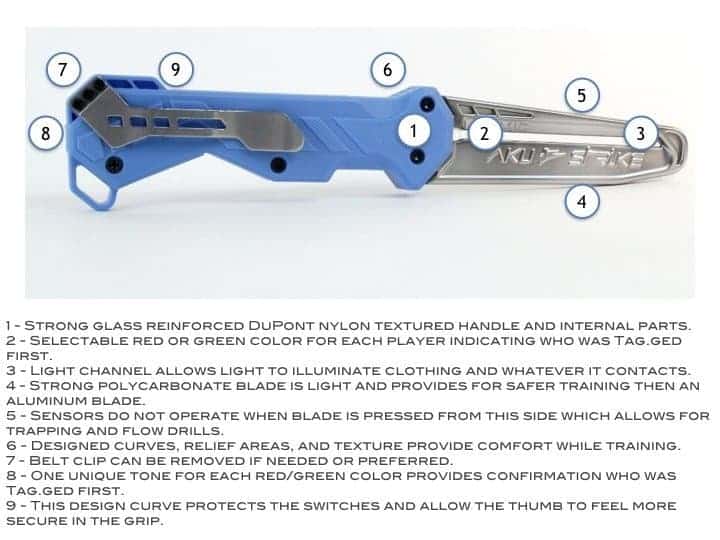 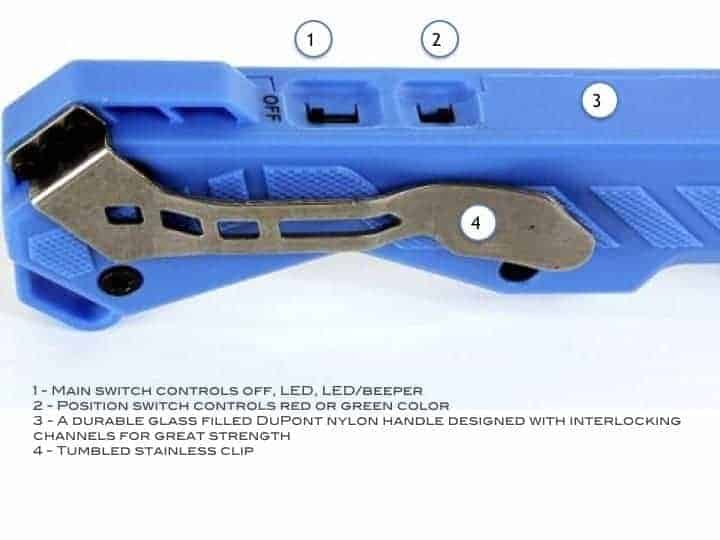 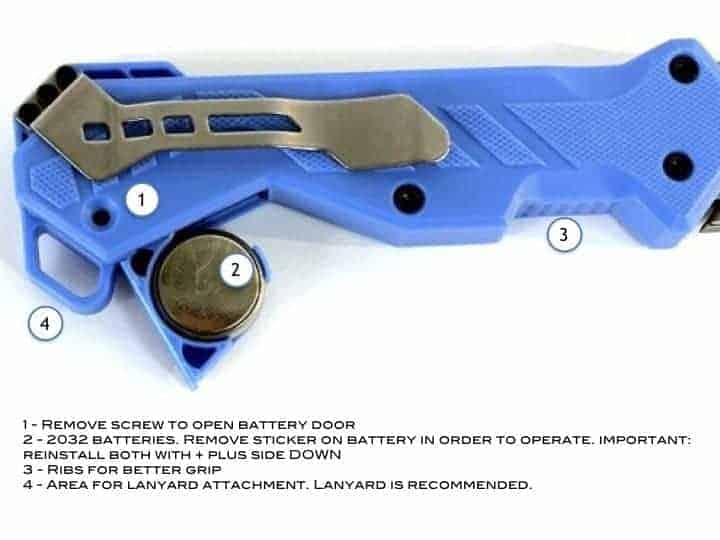 This approach increases the quality of your training because now, your intent is to activate the light and sound with your workout partner that response consequently increases its level of competition by trying to defend, avoid, hit again or respond immediately, etc.

“Visual and acoustic response creates a more sensitive and competitive condition augmented by sensory effects that brings a realistic component to your training.”

Real knife attacks can be so quick at times that you never see the blade.

This is evident in some of the videos on the You Tube channel.

The design is patented Mimics also solves these problems in training in a safer way than any other training tool. 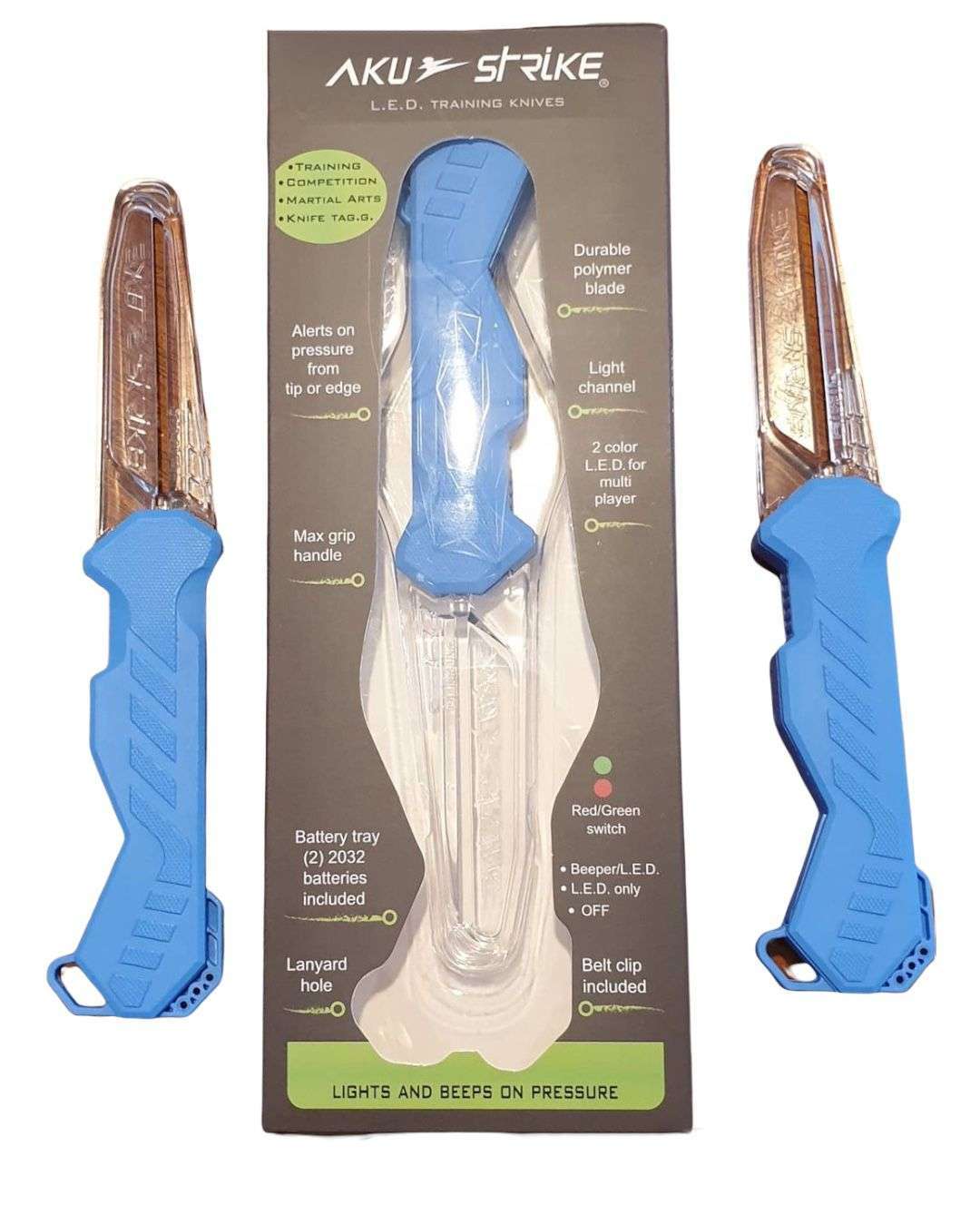 As you have now understood by introducing the Mimic Aku Strike T-16 LED knife into your training there is an increase in your realism formation with immediate visual and acoustic feedback through an alarm beep and / or a light emission through the LED.

The nickel blade emphasizes a more realistic appearance of the blade in the formation due to the blade’s bright color.

The nickel version has a less intense LED than the transparent model but in combination with the beep, you get good feedback to target and will not disappoint you.

When performing drills, the nickel reflection more like a real blade has a more realistic effect in visual monitoring of the blade than the transparent model.

The blade in the transparent model allows LEDs to be more intense and illuminate the contact area with more intensity than the nickel blade.

Both knives have a unique and realistic look for your training but have differences.

I tell you this to highlight the differences and help you make a correct decision about what the best model for your workout you need to buy.

You can see the differences in some videos available on YouTube. 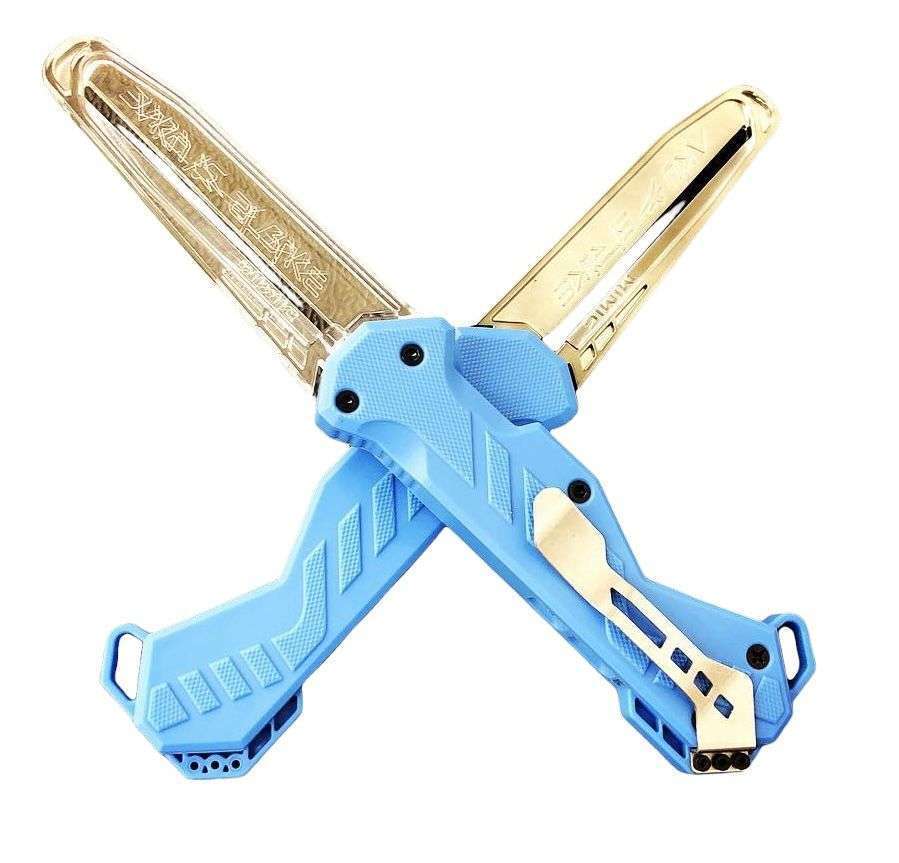 I made this post based on the characteristics of the product Mimic Aku Strike T-16 LED training knife but I have not yet had the chance to test it by doing short fencing to understand how it behaves under stress.

The tensions that are created in the impacts and on the hand itself that holds it are sometimes unimaginable.

But its use in other areas can also give different possibilities in training but I can not tell you if it really adds value even if I really appreciate the research that has been done in this area.

Even the mechanics of the knife doing short fencing does not offer the necessary robustness with the risk of breaking several during a real contact that although safely urges its structure.

Soon the video with real tests and demonstrations in action!!

Soon I will show you a new innovative made in Italy product, stay tuned!