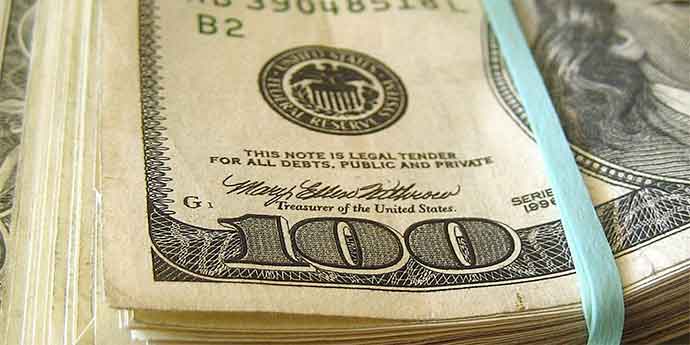 The money in brazilian jiu jitsu.

Fighting in BJJ tournaments pays off but little!

Money and BJJ, but how much do you earn to compete with Brazilian Jiu Jitsu by participating in sportsmen around your country or abroad?

Every now and then I like to do a few posts that are a little more venal and that clarifies some aspects that can become important when an athlete goes from amateur practice to professionalism.

Unfortunately, even the fight on the ground is one of those sports that from many satisfactions but not the economic one and later you will understand why money and BJJ is not something for everyone..

Clearly I’m talking about the cash prizes received in the official races and as a reference we take those of the IBJJF, so we are already talking about a big federation and as a result you can imagine the smaller ones.

Clearly I’m talking about the economic prizes up for grabs in tournaments because anyway the most prominent athletes (for wins but not only) and who have good entrepreneurial skills also have other forms of remuneration as sponsors and their academies, internships, etc. but clearly it is something not for everyone.

The federation organizes many events all over the world, but there are 4 most important events on the circuit:

Winning an IBJJF World Championship is a dream for any BJJ practitioner and winning it in the adult black belt means writing your name in the history of Jiu Jitsu!

The record of gold medals in the adult Black Belts is in the hands of Marcus “Buchecha” Almeida in the men’s (135 Matches, 123 Wins (65 Submissions), 11 Losses (6 Submissions), 1 draw), while in the women’s the first place belongs to Michelle Nicolini and Beatriz Mesquita.

The event, from 1996 to 2006, was held at the legendary Tijuca Tenis Clube in Rio De Janeiro, but has been held in Long Beach, California since 2007.

The Pan-American and the European are the two most important “continental” competitions:

These are two must-see events because in these two events the future stars of this beautiful art and sport are noticed!

The Brazilian is considered the least important tournament among these “Big Four”, but the level of competition is always very high but the biggest difference is that Braziliro participates a lot of Brazilian talents who do not have the money to face a trip to the United States or Europe.

The Brazilianiro for many is therefore the only great competition in which they can show off.

This tournament is obviously organized every year in Brazil and is the last big event before the World Cup and allows you to see the fitness of the athletes before the most important event of the year!

The federation organizes many races in every corner of the planet and has certainly played a key role in the growth and spread of Jiu Jitsu as a sporting activity. 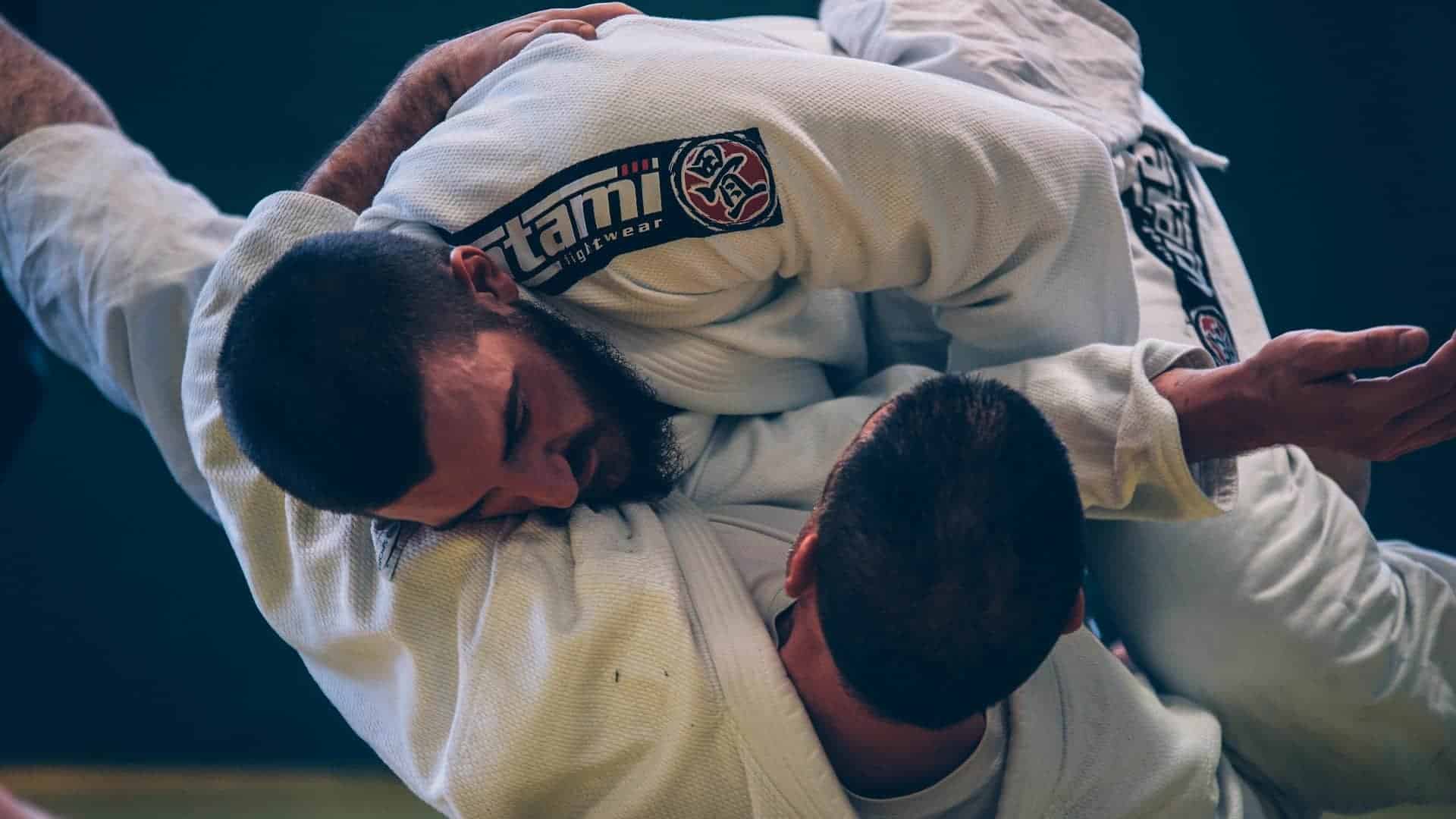 But how much do you earn to compete?

Participating in sportsmen and women around your country or abroad has many costs to bear in addition to registration.

The IBJJF in the 2018-2019 season has created three ways for athletes to win money: win the Braziliro, win the Mundial and be at the first place in the official Ranking at the end of the season.

Again comes a point of passion where money and bjj become necessary to participate in international events.

This was the first year that the federation has put up prize money in some tournaments it has organized. In chronological order the first was the Brasileiro (co-organized with the CBJJ), which proposed a cash prize for the winner and finalist of each weight category in the Black Belts, both male and female.

The prizes ranged from 5,000 to 8,000 Real Brazilians for the winners, from 1000 to 1600 Real to finalists, all based on the number of athletes entered in the bracket.

Take the practical example of Nicholas Meregali, who won category and Absolute at The Brazilianiro 2018: Meregali pocketed a cheque from 7,000 Real for the category and one from 10 thousand for absolute, for a total of 17 thousand Reals that correspond to about 4 thousand euros with the current exchange rate.

At the World Championship, the IBJJF maintained a similar pattern: the black belts could collect between 4,000 and 7,000 dollars for the victory of their category (also based on the number of entries), while the winners of the Absolute took home 10 thousand dollars.

In the case of Mundial no prize for the runners-up.

Meregali, who won his category, then collected 6,000 dollars (about 5,000 euros) that in addition to what he earned at the Brazilianiro result in a total of 9,000 euros, in the space of about a month. 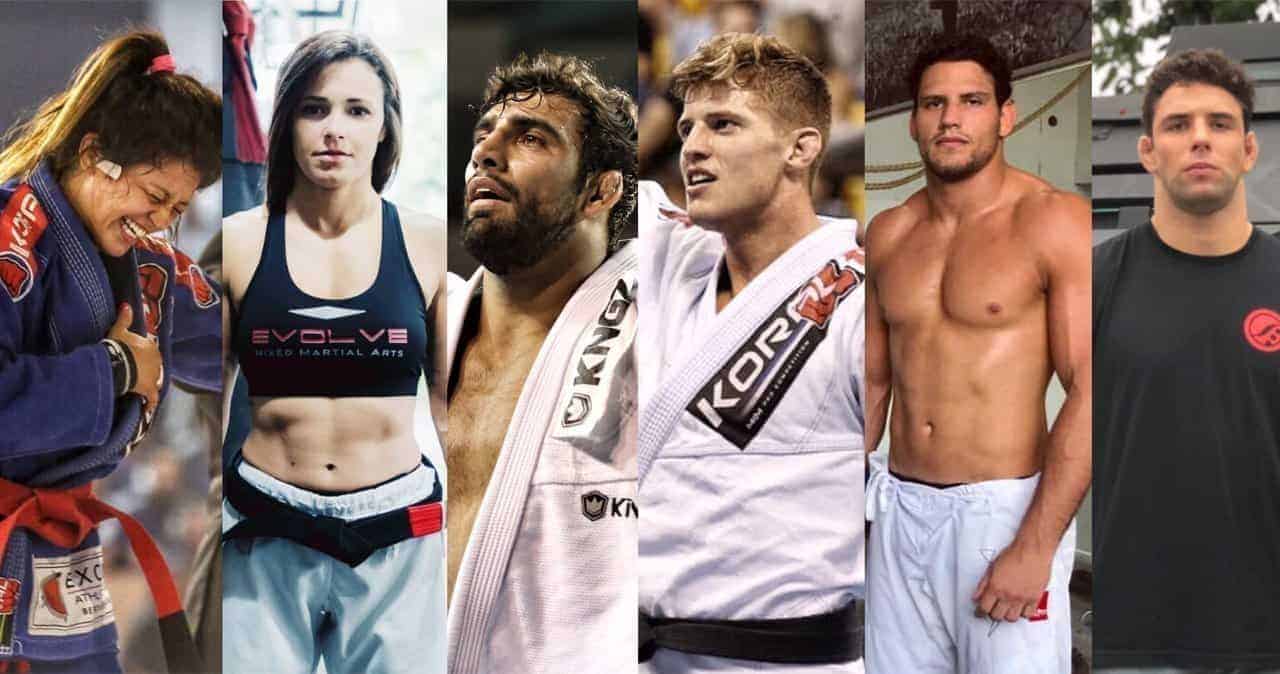 The End of Season Ranking Win

The ranking is the sum of the wins and calculates the score that each athlete gets in each race of the racing season (which starts with the Mundial and ends the day before the next Mundial) and also takes into account the score obtained in previous seasons.

This is also a way to make money, but it’s really not an easy task! The winner of the men’s ranking 2018/2019 Black Belt Adult wasLucas “Hulk” Barbosa, who was able to collect a whopping 15 thousand dollars (about 13 thousand euros).

Black Belt Adult Male and Female Awards at the end of ranking season 2019/20:

As you can see from these numbers really a lot of passion but money and bjj don’t get very much agree. 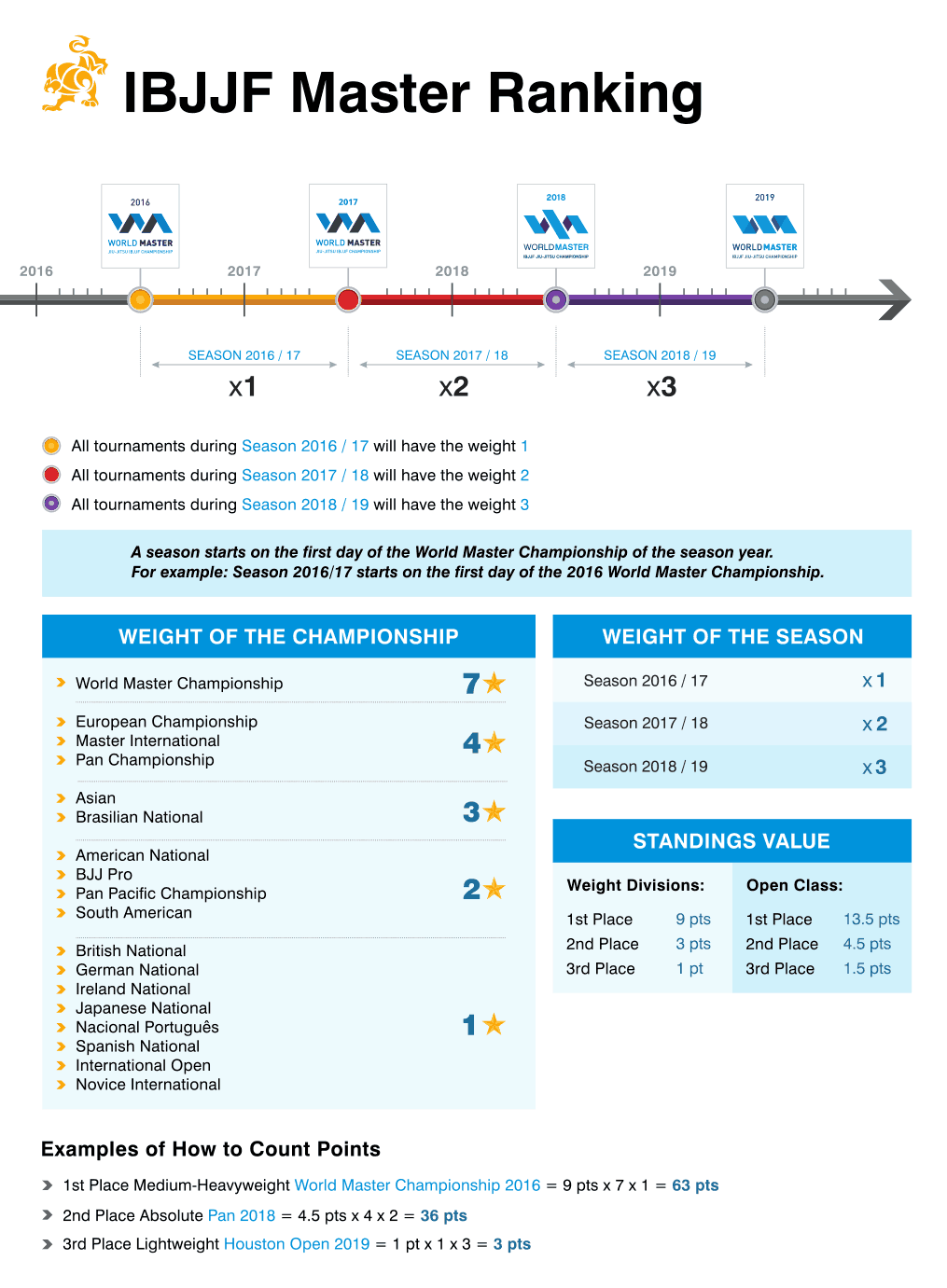 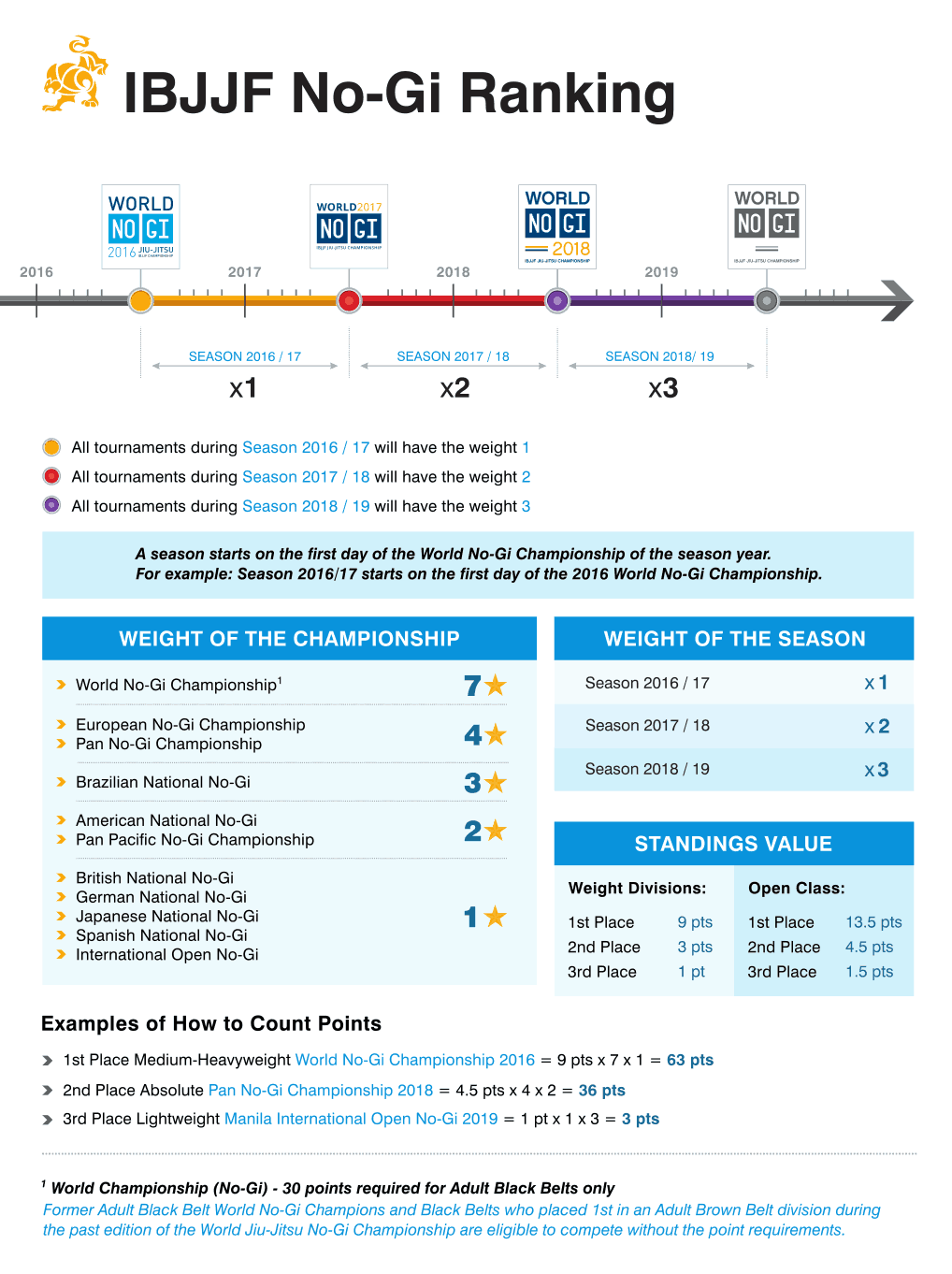 The ranking for academies

Over the years many federations have invested resources to try to offer the athletes participating the most generous awards and the direction taken by the IBJJF is the conceptually correct one where it is given as assumed that athletes should be paid!

Consider that at certain levels there are many expenses to be incurred and if you want to grow an athlete the money and bjj become necessary both.

So the hope is that there is more and more support for sports that do not have a huge following but still require a lot of sporting commitment for athletes.

So the hope is that there will be more attention on the part of the federations and states to create a system for which (as for example in Italy) does not necessarily have to join the police or army forces in order to be a professional sportsman.

Brazilian Jiu Jitsu is an art and a sport that despite being appreciated and respected has not yet managed to really enter certain areas such as the Olympic one in my opinion inexplicably.

The basic concept that must pass to those who organize the events is that when you switch to professionalism athletes must be paid.