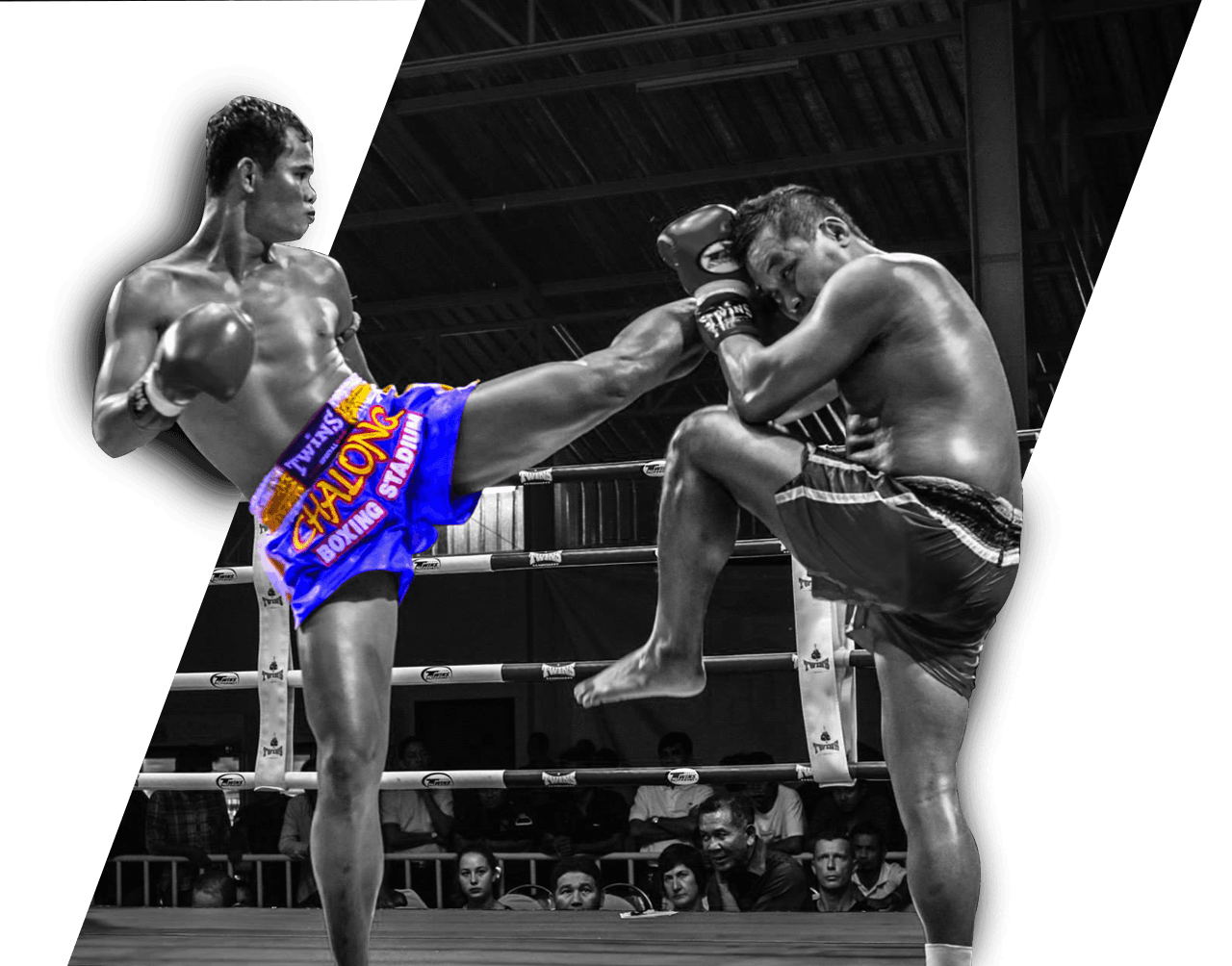 Muay Thai vs Kickboxing (or Kick Boxing), Muay Thai vs Kickboxing, discover the differences.
There is often a bit of confusion when it comes to Muay Thai and Kickboxing but we are talking about important different approaches to combat.
A few days ago I made a post about the differences between Brazilian Jiu Jitsu and Ju Jitsu Japanese regarding the fight and now let’s try to clarify the differences in the sport of striking Muay Thai vs Kickboxing.
In the eyes of a non-expert they look similar but they are really very different!
But what exactly are the differences beyond the few similarities?
There are some similarities between the two sports but there are some important peculiarities that distinguish Muay Thai from kickboxing and that make it more complete and devastating.
Often the confusion also arises because you see many athletes who go from the rules of Muay Thai to those of K1 and therefore the public follow-up sees their favorite athletes fighting simultaneously all over the world in both sports.
It’s easy to see Muay Thai fighters successfully switching to K1 and so for someone who doesn’t have experience they think it’s the same thing.
Even in the same kickboxing you have to make the difference between kickboxing rules and K1 Style! 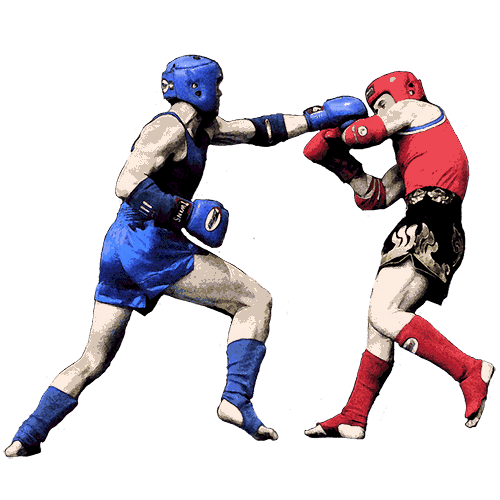 Kickboxing (or kick boxing)is a combat sport of Japanese origin and then widespread in the USA, which combines the football techniques typical of oriental martial arts with the punching of boxing.

Kickboxing has six different disciplines that can be played on tatami (in this case we speak of light contact) or on the square (full contact):

The K1 is considered the most complete discipline of all when it is possible to hit with all the punches of boxing such as the direct (jab), the hook, the uppercut and also is allowed the punch-turned (spinning-back) pulled with the back of the hand, with all kinds of football (including low-kick) and also you can also hit with the knees (you can hit with any part of the knee , in all allowed targets, important in the case of clinch is to give a single knee and then leave the opponent).

Projections are not allowed (but you can grab the opponent’s leg and within a few seconds sweep on the back leg).

The great showmanship has meant that many federations that organize tournaments with the regulation of K1 (the largest in the world is currently glory).

The discipline is known as “the art of the eight weapons” or “the science of the eight limbs” because it allows the two contenders who challenge themselves to use combinations of punches, kicks, elbows and knees, then eight parts of the body used as points of contact compared to the two of boxing, or the four of kickboxing, with an intense athletic and mental preparation that makes the difference in full contact matches.

It uses a wide range of standing percussion and fighting techniques standing Clinch.

Already with this first simplified hit scheme you understand that we are talking about two different sports where even if the ring is the same the possibilities of attack and the approach to combat is different.

The differences between Muay Thai vs Kickboxing 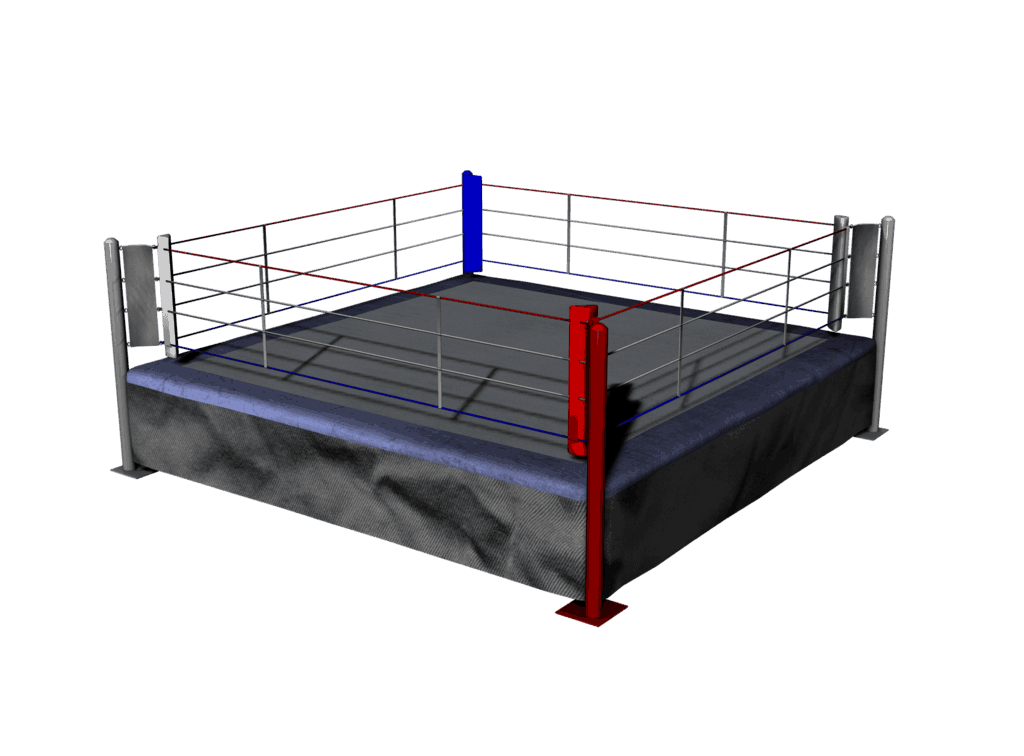 In addition to the typical swaying of the Thai fighter, Muay Thai fighters generally have the elbows more out to throw powerful elbows and important to block tibia kicks or with the tibia when kicks are pulled as a target to the thigh.

Instead, in Kickboxing due to the more pugilistic style and with a high volume of punches pulled and received in a kickboxing match, K1 fighters have as in boxing the elbows well attached to the ribs to protect themselves from blows to the body and to have more fluid boxing.

Also, what you should not underestimate in K1 you can’t use your elbows according to the rules of kickboxing, so they don’t use a guard with elbows out.

Similarly it changes how arm kicks are seen as parades:

This is another reason to add to the difference in positions of technical and tactical reasons related to the regulation. 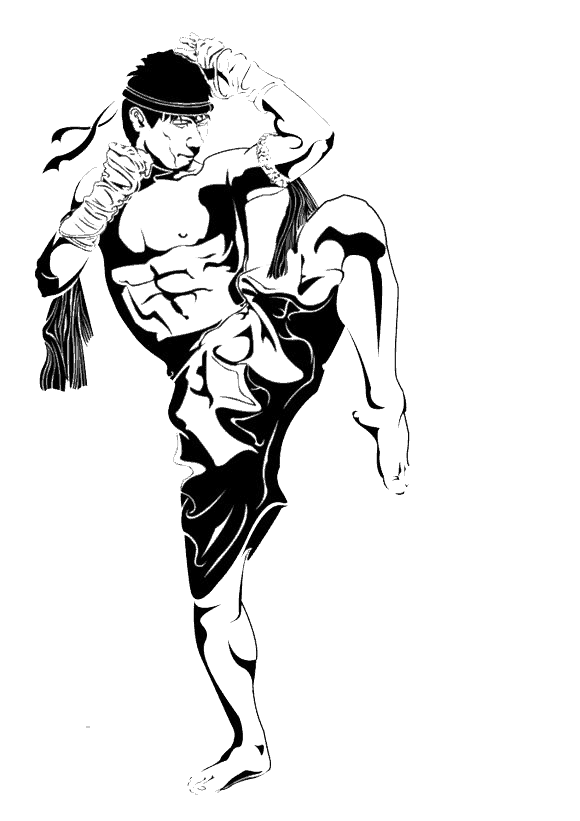 Most of the fights have a duration of

In the regulation, in a fight of:

The fighter who is ahead on points usually:

Ps. In 3-round Muay Thai matches, every round counts, but again the first round is often a “feeling”.

Numeric ratio between hand and foot blows (kicks vs punches)

Here, too, there is a substantial difference between the two disciplines.

When you watch a Muay Thai pro fight the punches are usually only used to place kicks and knees and it is rarer to see a Muay Maat-style approach that attempts to eliminate opponents with punches instead of fighting to win points.

Instead, it’s easy to see many more punches thrown in a kickboxing match, where fighters often pull long combinations or with the style of throwing haymaker punches like real bombs.

This also translates into the different way you score.

In Muay Thai, if you don’t kick, you won’t win unless you take down your opponent with something else.

In traditional Muay Thai, average kicks are scored with a higher score, followed by knees, elbows, then punches.

As you see the punches last.

Fists are scored more significantly when your opponent is against the ropes or if your fists create visible damage.

In kickboxing, on the other hand, he scores effective shots fairly evenly, not distinguishing punches, kicks and knees with different weights.

A clarification to avoid confusion.

A light shot is not marked as a well-placed low kick on target, but hard punches support the opponent’s score at the same level as a kick.

That’s why you might see K1 matches with fighters fighting with bursts of punches.

This way is not often seen in Muay Thai unless the fighter is sure he can get the knockout with his fists then there is the barrage of blows. 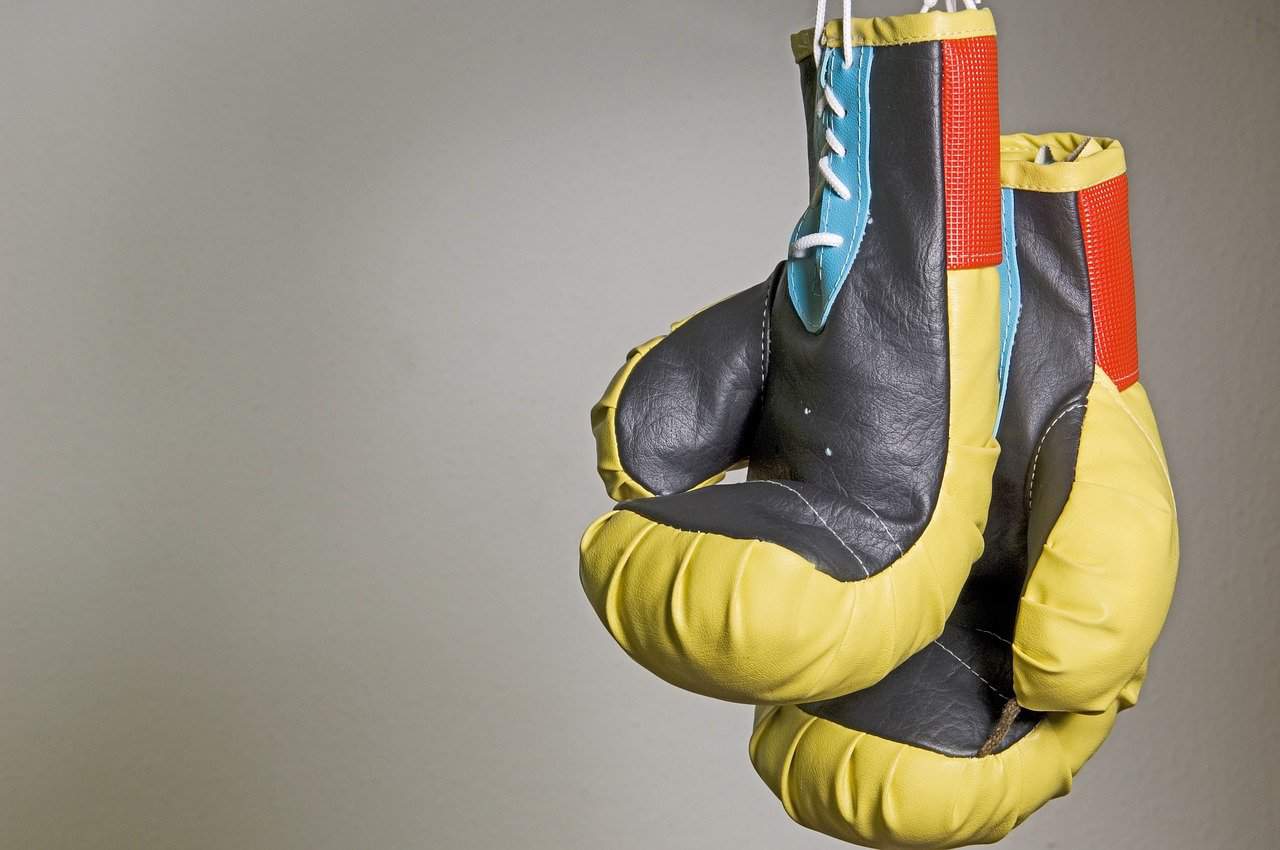 The clinch is allowed in both disciplines but the clinch in Muay Thai is a prerogative is a technique identifying the discipline.

Yes, you read well even in Kickboxing you can do the clinch, many people have the impression that it is not allowed according to K1 rules, but it is not true.

You can clinch in the K1 but only for a short period of time and usually you have to break the clinch after a hit.

In a kickboxing match it is difficult to see during the round prolonged stages of clich and if you keep it too much you are given a warning if you keep your opponent more than allowed.

This is perhaps one of the reasons why some Muay Thai fighters who fight with the rules of the K1 continue to try to close the distance to get into the clinch, because they know how to effectively close the distance and do damage with a knee or two.

They do this because if you have no idea how to deal with and quickly get out of someone grabs you to hurt you with a well-placed knee, you will most likely stand there to take it because you don’t know how to react.

Dumps and sweeps are wonderful imbalance techniques that can be used in clinch or when taking a kick, but ONLY during a Muay Thai fight because none of these techniques are allowed in kickboxing rules (some Kickboxing federations now allow you to capture and sweep your legs).

Muay Thai is imbued with culture and is extremely evident by the symbolism, ritual, amulets of Muay Thai and how they are always present during matches.

This tradition is usually not seen in kickboxing shows unless the fighter is Thai or a Westerner who fought in the local Muay Thai.

Again, although it is K1 out of respect if the fighter wears the mongkol enters and walks only in the ring.

The Wai Kru Ram Muay usually can’t be performed in kickboxing shows as it’s not a Muay Thai fight.

Most kickboxing shows are pretty quiet, except for the most active team and gym support groups or fans of the sport. 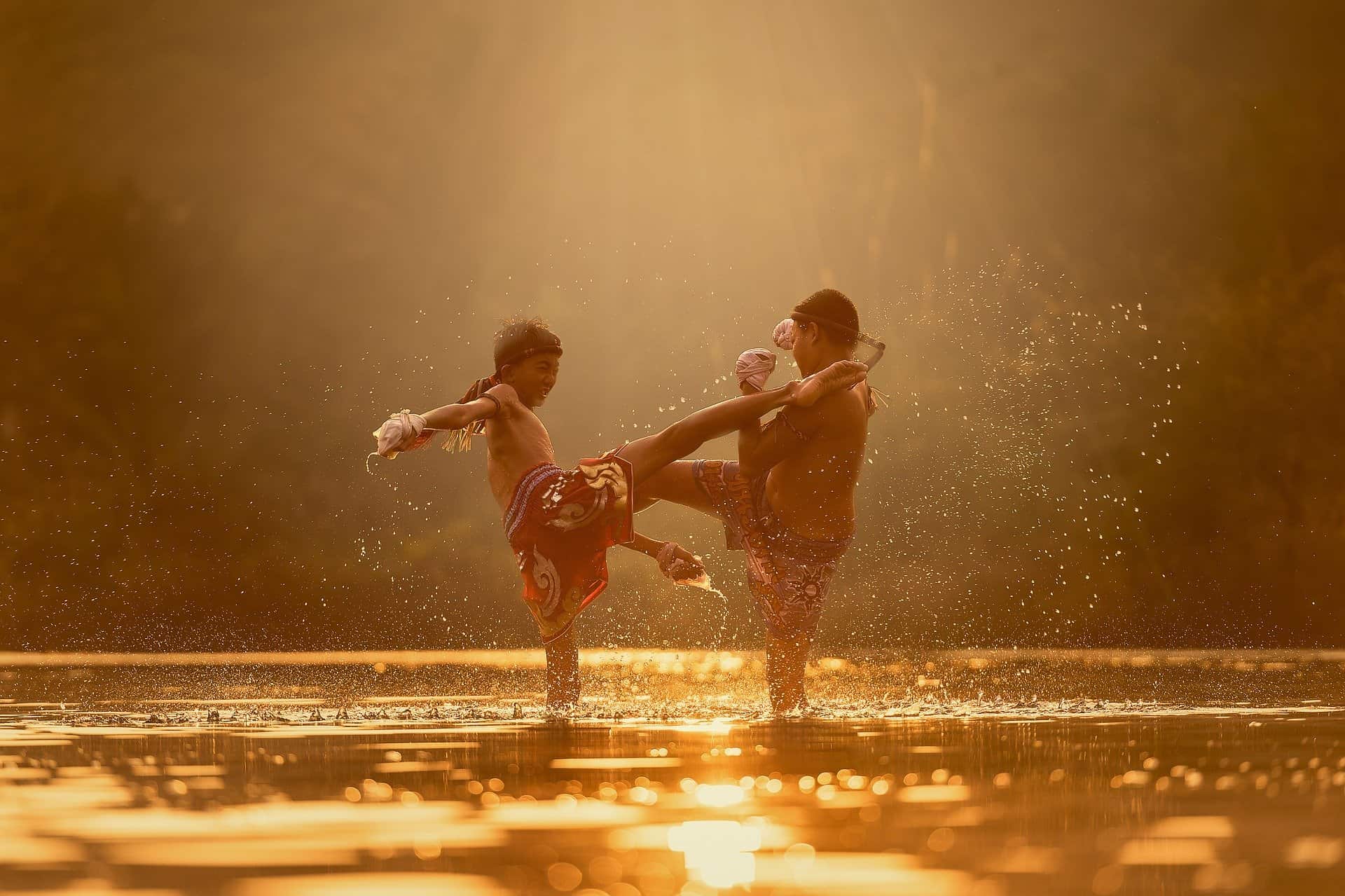 Technique and showmanship of the fight

Also in this there are two different approaches to evaluating the match where:

The aggressively “run” opponent that is something that can often be seen in kickboxing fights is also seen positively because of the pressure and high pace that are well seen.

What is sometimes seen as “aggressive action” in a kickboxing match may not be appreciated and called “sloppy” without hesitation by a Muay Thai coach.

Composure for Thais is important and they love a technical fighter rather than an aggressive one.

This results in matches where most fighters remain composed and attack using the basics of combat and avoid flashy rotational kicks. 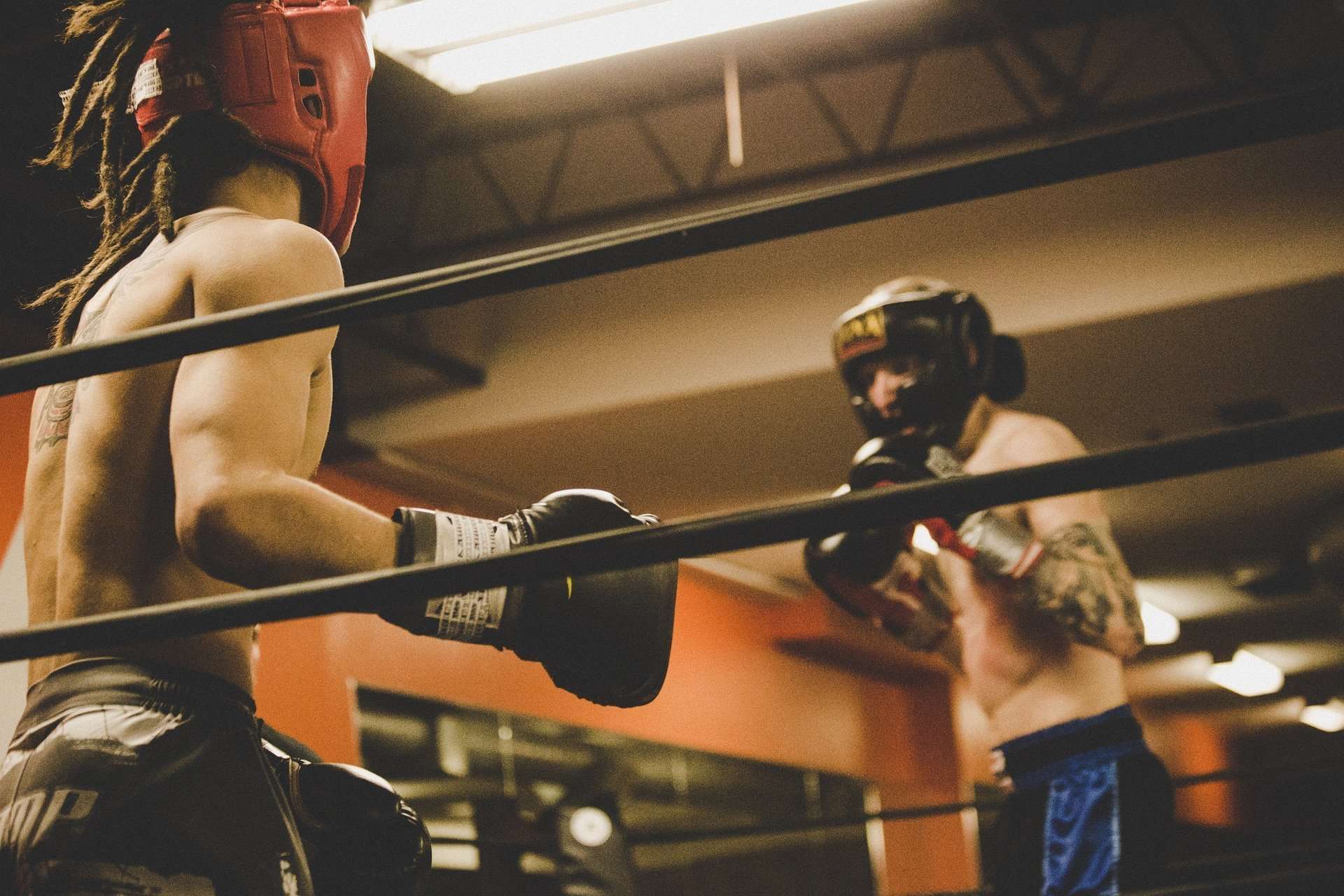 Both Muay Thai and K1 Rules disciplines are combat sports of the highest intensity where super athletes both technically and athletically face each other by exchanging powerful and precise shots that make you tremble!

I advise you to practice these disciplines because they are for the striking of the complete disciplines!