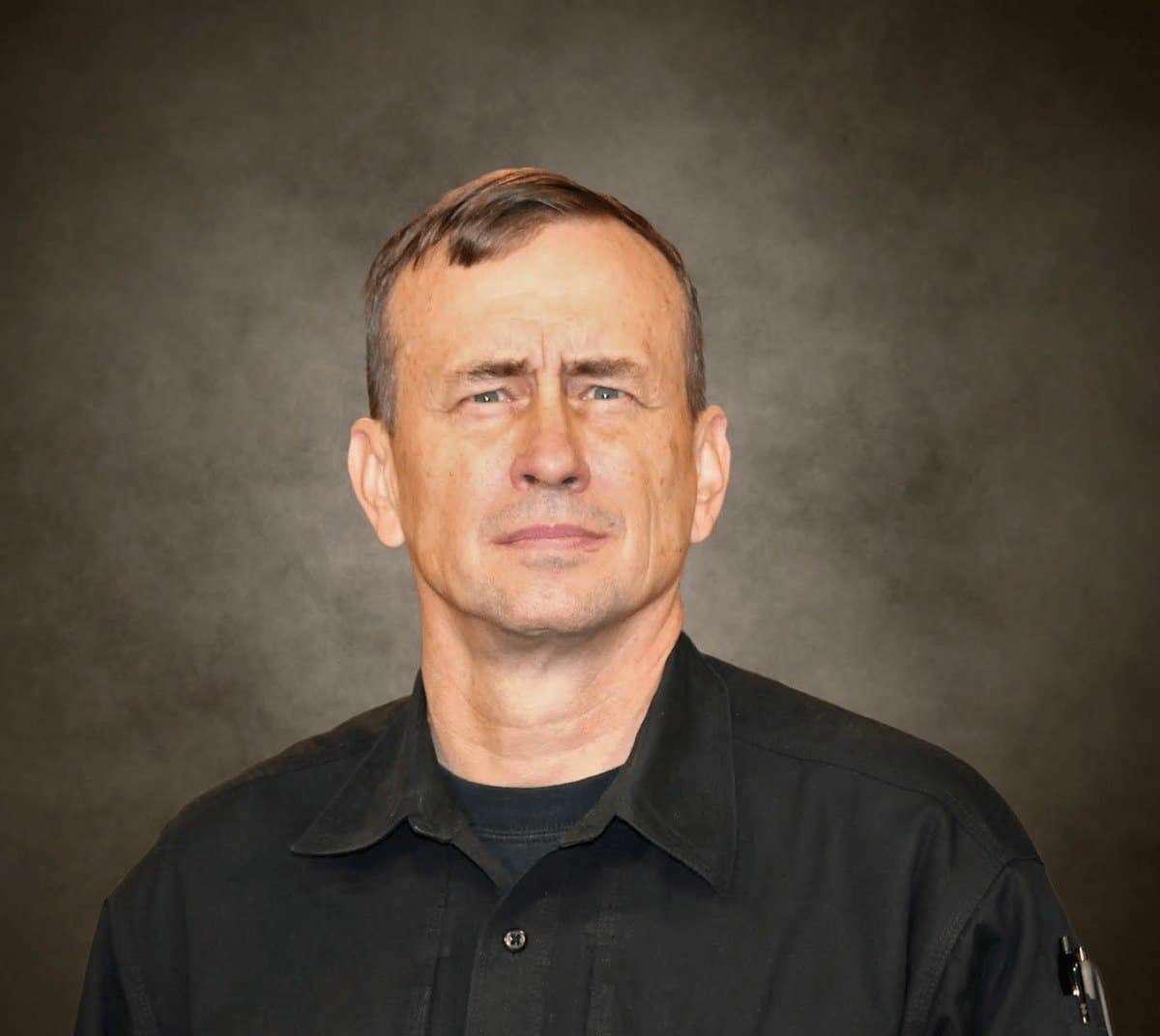 On Combat, the book on the psychology of combat.
I read many books and studies on the subject of psychology and physiology of combat, but I think one of the best books I have read is On Combat by Col. Dave Grossman and I think it’s a fundamental book in the library of anyone involved in security and self-defense.

On Combat is a fundamental volume because it goes to unravel in depth about what happens in a real combat situation.

On combat was given to me a few years ago (its first Italian edition is from 2009) by a friend and I read and studied it several times.

It is a book that I personally like to reread because it is easy to always find extremely useful ideas for the management of such a delicate and strategic aspect as the psychology of combat and to which on the blog I gave a lot of space because it is a central aspect.

This book is based on the analysis of hundreds of cases, the consultation of countless post-action reports in the military and civil spheres, the correspondence between the author and the protagonists of dozens of fights and police actions.

The book explains the physiological and psychological dynamics of the human being while in combat, or in a state of extreme emergency, analyzing the processes of physical and mental reactions that arise from the conflict of the parasympathetic system with the sympathetic one, the distortions of spatial, temporal, visual, auditory perception, the mechanisms of defense and greater capacity that the body and brain automatically activate , and above all their combined influence on the performance of the fighter and the ability, through training and knowledge of mechanisms, to dominate, guide and turn in their favor what nature has endowed the human being for survival. 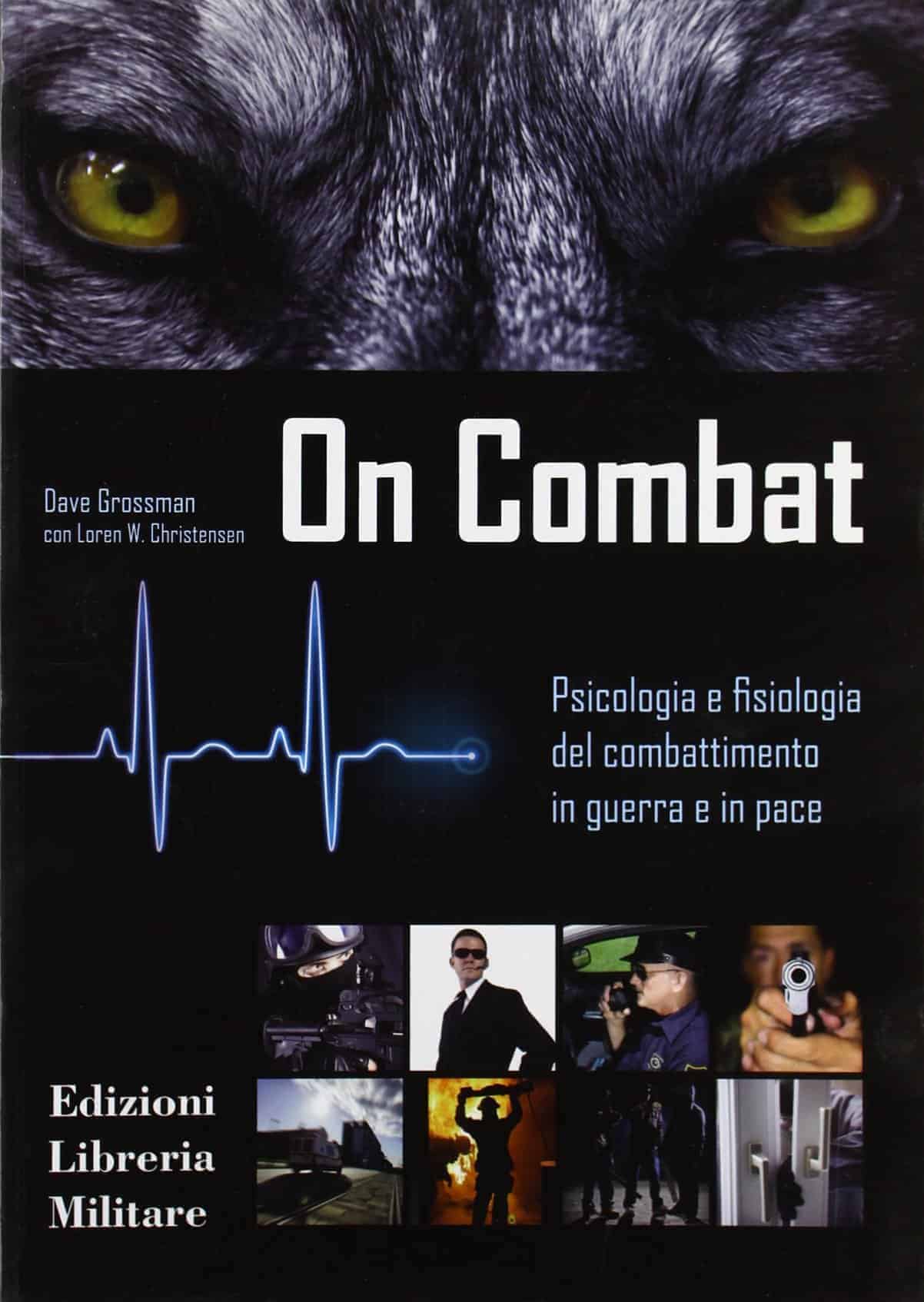 5 Reasons You Need to Read Dave Grossman’s Book On Combat: 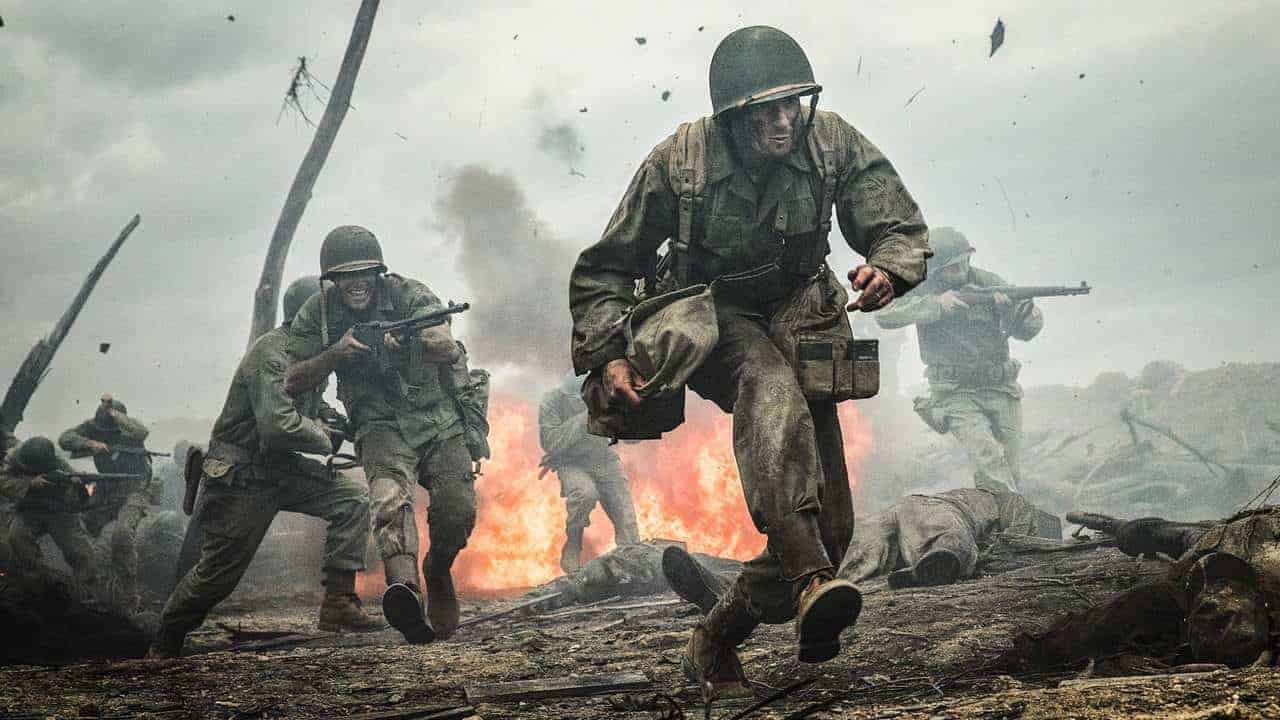 The effect of fear

One of the first things grossman explains in the book is the effect of fear and physiological consequences on the body in terms of heart pulsations and the consequent alterations in perceptual and motor capacity.

This is a fundamental element for the psychology of fightingor that it is very important to explain why it is important to know that under certain conditions your body and psychology are altered and specific training is needed to make it work and respond correctly in those conditions of stress as in the case of an assault, violence of some kind, etc. 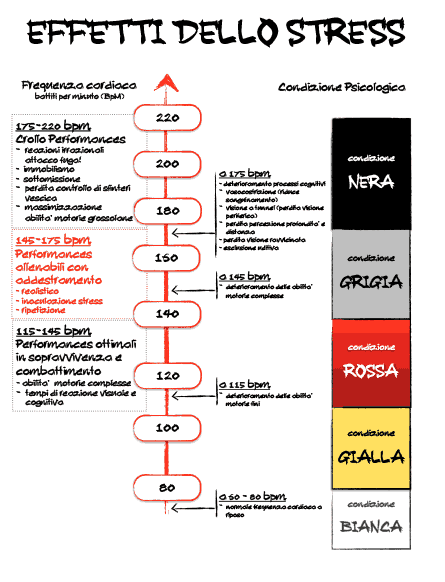 In a first phase, up to about 145 bpm,the body prepares to fight, sacrifices fine motor skills in favor of complex ones and benefits from a reduction in visual and cognitive reaction times. Blood flows from the extremities and surface making the body ready for confrontation (red condition).

At the end of the scale, above 175 bpm,we have the black condition, in which panic creates a collapse of cognitive and motor skills to make the person unable to fight.
In between there is an area defined gray,it is the one in which the trained people manage to fight with lucidity, while those who have not prepared begin to slip into the black condition.
To set up realistic training on the principle of stress inoculation, and teach tactical breathing techniques to control the heartbeat in situations of maximum stress this scheme is to be taken into account.

A number of psychological conditions can be identified, conventionally identified with colors: 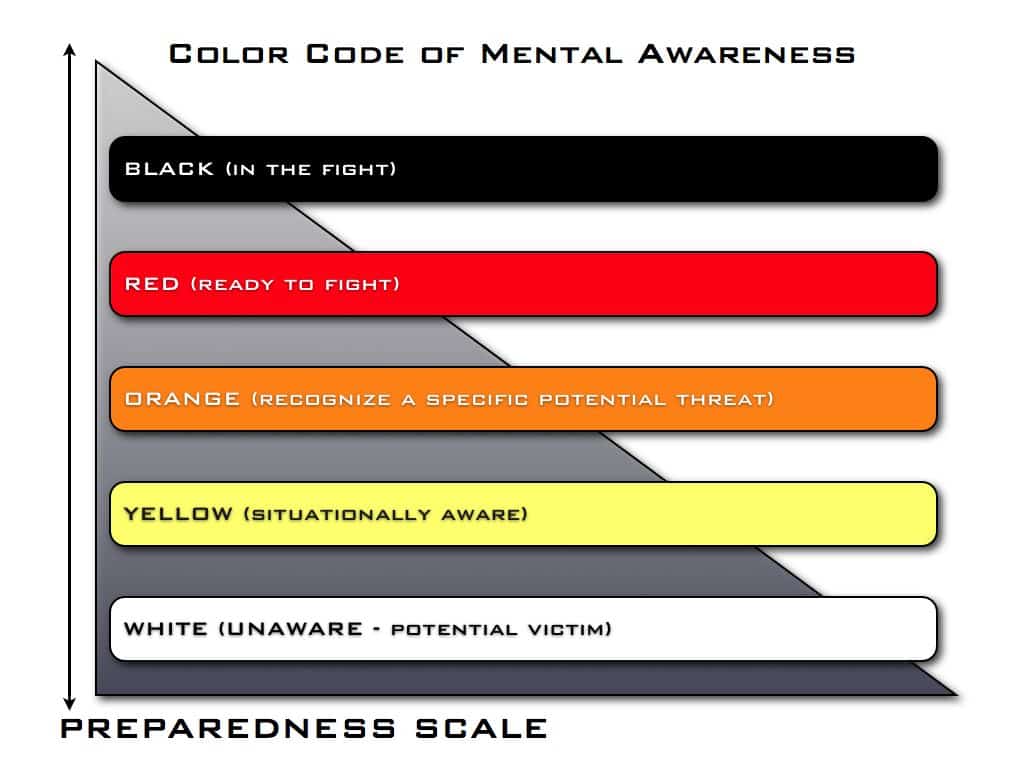 The second part of the book is dedicated to the different perceptual distortions in combat:

When it happens in our body, a rapid release of Adrenaline, and it is so powerful that it can alter the perception of reality.

In fact, under its effect it is possible to have perceptual and sensory distortions.

Tunnel vision: it is the restriction of the careful field that makes us appear larger and closer objects than they really are.

The eyes focus on what is happening in front, attenuating peripheral vision.

Acoustic isolation: The mind, focused on the threat, tends to exclude all other information

Dissociative psychological state : one may have the impression of observing himself outside, as if he were another person;

Feeling of autopilot: you feel transported by the action without you opposing it;

Mind speed: The temporal perception of events can be altered, as if the movements are slowing down.

And still radical alterations of memories:

These distortions can obviously vary from individual to individual and their combination with personality aspects will then determine their tactical ability to handle the threat, outcome and consequences of a violent confrontation or aggression.

All this is documented by scientific research and real cases exposed in a very engaging way.

How warriors are “built”

The third part of the book On Combat is dedicated to how to forge warriors, how to physically and psychologically prepare human beings to better face what can happen in battle or during an aggression.

This is an extremely useful part for all instructors and provides many interesting ideas to share during the courses.

Finally, the last part of the book on the psychology of combat is about what happens after the fight:

It’s a fundamental book, especially if you’re interested in self-defense.

On Combat is one of the most interesting and comprehensive books on the psychology and physiology of combat that has been written.

Surely it is a text that all practitioners and instructors working in security and personal defense should read and study to try to structure training programs and practice closer to reality, however simple it is.
Definitely a text to know and have in your own library.
Happy reading!
Andrea
[amazon_link asins=”8889660090,8889660228″ template=”ProductCarousel” store=”AKIAJHADBPI7N3TBG2GQ” marketplace=”IT” link_id=”8fd81c83-b276-11e8-9fe5-dd7b395a3c44″]
225
Thanks for SHARES
ShareTweetPinterest