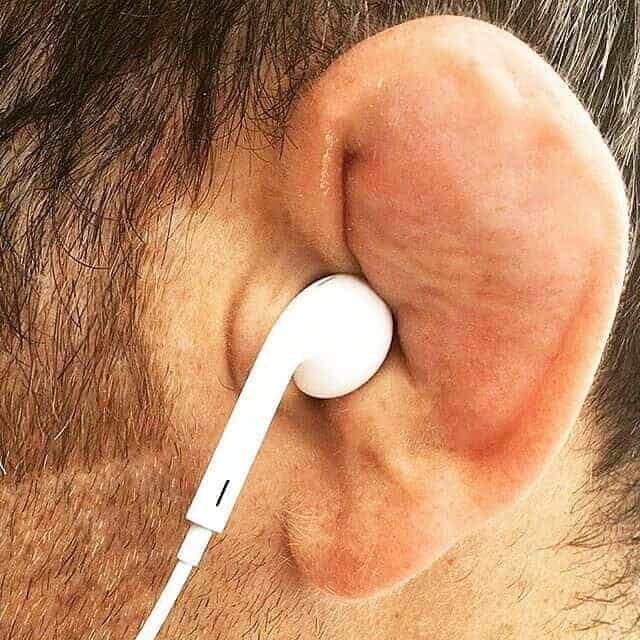 The cauliflower ear is unquestionably a symbol proudly carried by many wrestlers as a symbol of the hours and battles made on the tatami.

Cauliflower ear / Perichondral Hematoma, or “fibrosclerotic alteration of the auricle“.

A cauliflower ear (auricular hematoma) is a deformation of the ear caused by a grouping of blood in the outer ear, usually due to blows or other injuries.

It can happen during a boxing or Muay Thai match but is more typical of wrestling sports such as Brazilian Jiu Jitsu.

But I want to tell you about the cauliflower ear starting from a small controversy that there has been in the environment of the fight at this time because there are those who say that “if you do not have ears so you struggled little!!“, but the answer came directly from a member of the Graciefamily .

Rorion Gracie who during an interview to a direct question answered as follows:

Rorion Gracie’s brief and direct answer took place during the television interview where the journalist asked him why his ears were not cauliflower, he started a heated debate on social networks.

Now if you look at many champions of the fight you will find that not everyone has cauliflower ears! 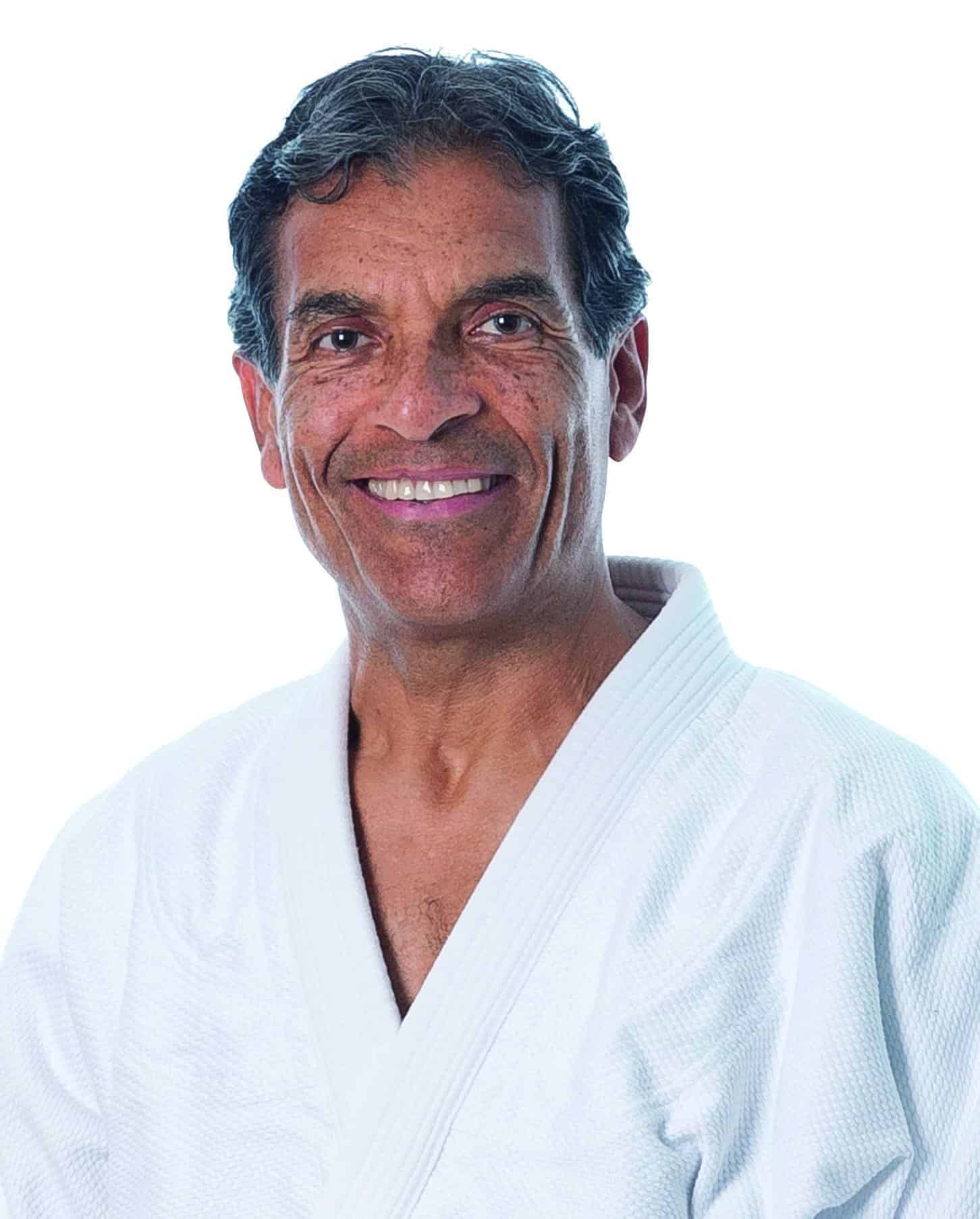 Rorion explained that cauliflower ears come when you are in situations such as, for example, a grip around the head and you want to go out without using the technique and trying to get rid of the grip by crawling and making sure that the cartilage of the ears can be damaged on the thick Gi or on shorts, etc.

So it’s a technical problem?.

I don’t want to make a judgment but I think it’s not just a technical problem.

The swollen ear, originally, was often considered a sign that the practitioner was very inexperienced and impulsive which led him to fall into situations such as the triangle, rear or front choke or other similar situations from which he then tried to get out with impetus and little technique.

Already in the past the same Helio Gracie, in controversy with other members of his family, had said that in his family who had the ““Hewasn’t a good fighter, while others argued that if you didn’t have cauliflower ears you hadn’t fought hard enough, etc. 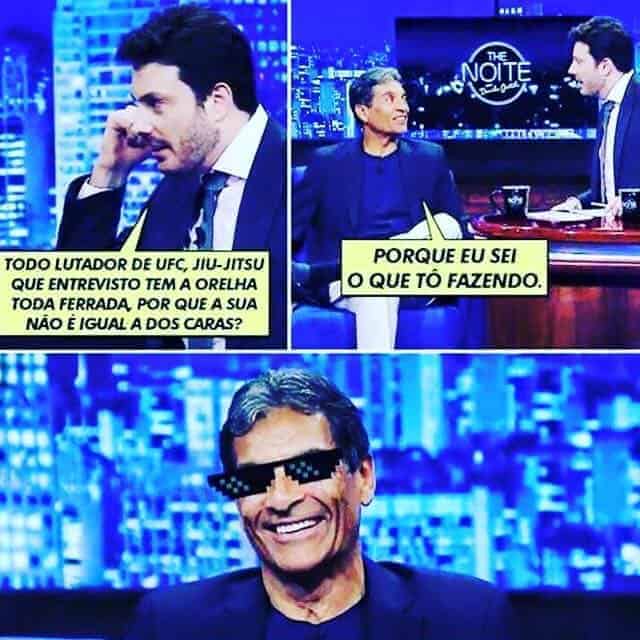 Now I think it’s exaggerated to think this because many great champions have cauliflower ears and others don’t and I think it’s also a matter of sensitivity.

Cauliflower ears actually “burst” especially to those who have hard ear cartilage, those who have soft ears are much less likely to come to them as in my case.

Now there are athletes and champions who have cauliflower ears and others do not, in the Gracie family the same, so I believe that it is not an important issue for the quality of the fight yet in the community of Jiu Jitsu seems to have started a controversy between the pros and cons but the most absurd thing is to see especially novice guys, who want to know how to make them come.

In this regard there are many important names in the world of MMA and wrestling that do not have cauliflower ears such as Rickson Gracie, Royler Gracie, Roger Gracie and Xande Riberio, Fedor Emelianenko, Roggan Gracie, etc. 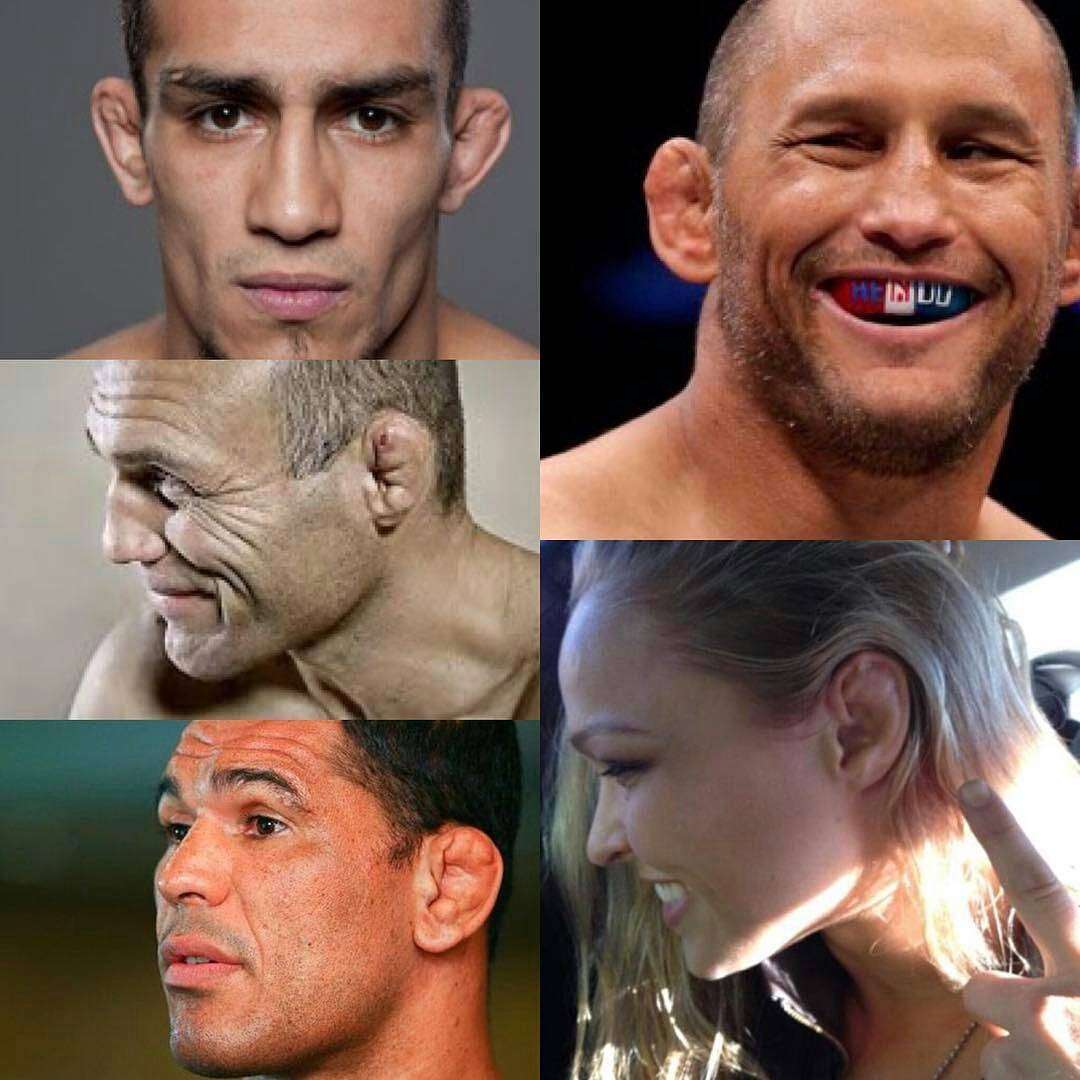 What are the symptoms of cauliflower ear in the struggle?

Many wrestlers have found themselves with a cauliflower ear during a BJJ competition or while fighting on the ground with teammates or friends from the gym.

Discovering a change in the shape of the ear and the blood that begins to cluster around the area and to fill the space that is created between the cartilage and the skin.

It is the cauliflower ear typical of the BJJ and many wrestlers.

Now if the injured ear is not immediately treated, it can lead to a number of symptoms:

Needless to say, but understanding immediately that the beginning of the cauliflower ear is occurring protects you from having in addition to aesthetic complication but from other complications more complicated on a physical level but also over time that does not worsen the situation until you create problems in training.

It is important to intervene immediately and prevent ear deformity.

It is important that you be careful of these common symptoms of cauliflower ears to stay safe from any other inflammation because if you neglect this type of injury and do not cure it can cause serious damage.

So if you are a wrestler you have to be aware about the potential complications of cauliflower ears if they are not cured and you have to do it to train safely.

Therefore it is important to immediately consult a doctor. 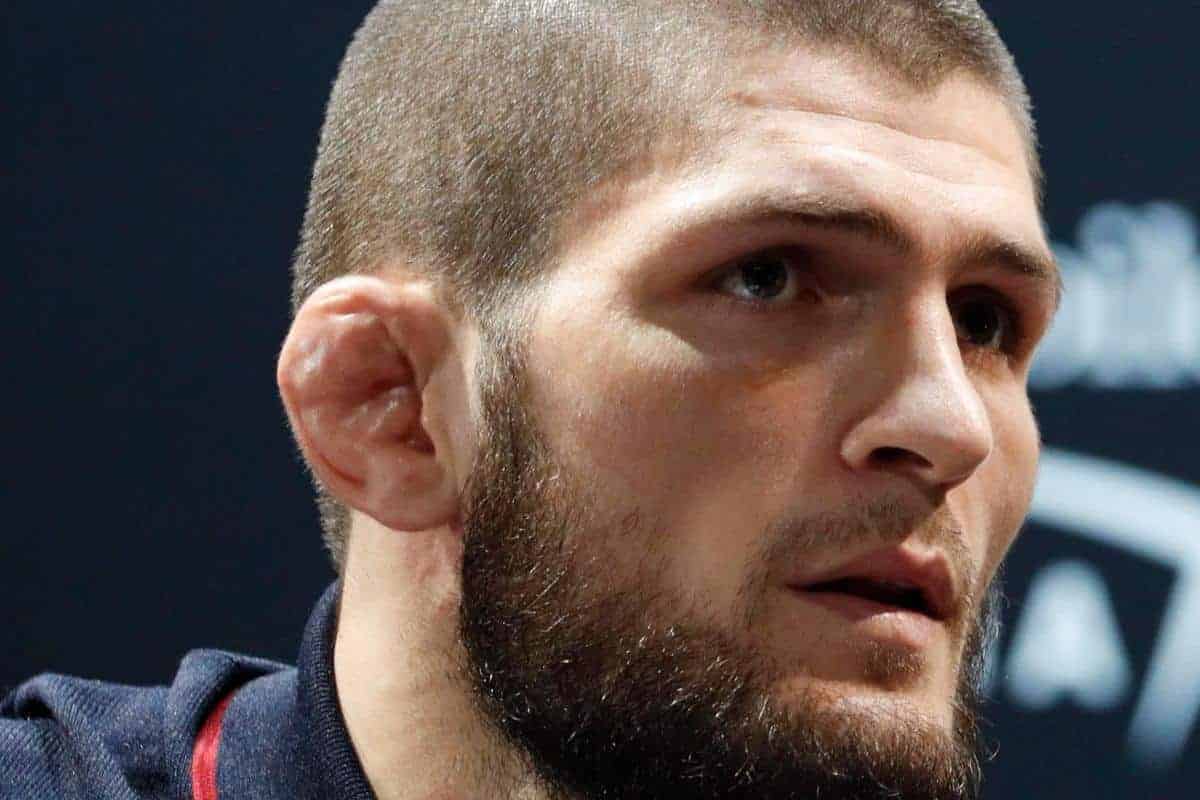 How to treat cauliflower ears?

Treatment consists of limiting and blocking any infection and reducing inflammation so as to re-establish the connection of the skin to the underlying cartilage.

This is why it is important to quickly re-establish the connection between the skin and the cartilage of the ear.

The cartilage of the ear has no other supply of nutrition than that provided by the skin above and therefore if it does not receive the important nutrients that keep the cartilage alive it dies and therefore increases the risk of infection and injury.

Often this phenomenon occurs for the close contact during training and the sparring of struggle rub against the carpet or the Gi and this generates a disconnection of the skin with the cartilage causing cauliflower ears. 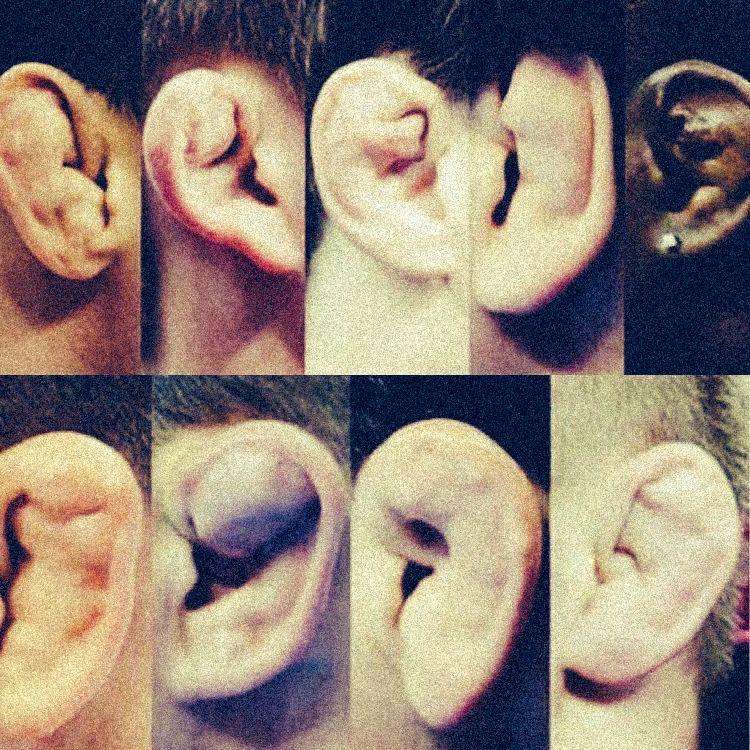 But why get your ear to cauliflower?

The Brazilian Jiu Jitsu but the struggle in general has nothing to do with the aesthetics used as a means of belonging, intimidation or ostentation indeed it is stupid that you let it be known that you can do certain things much better than surprise.

One practice I am aware of is to rub the ears of their pupils who do not have them, to make them burst. 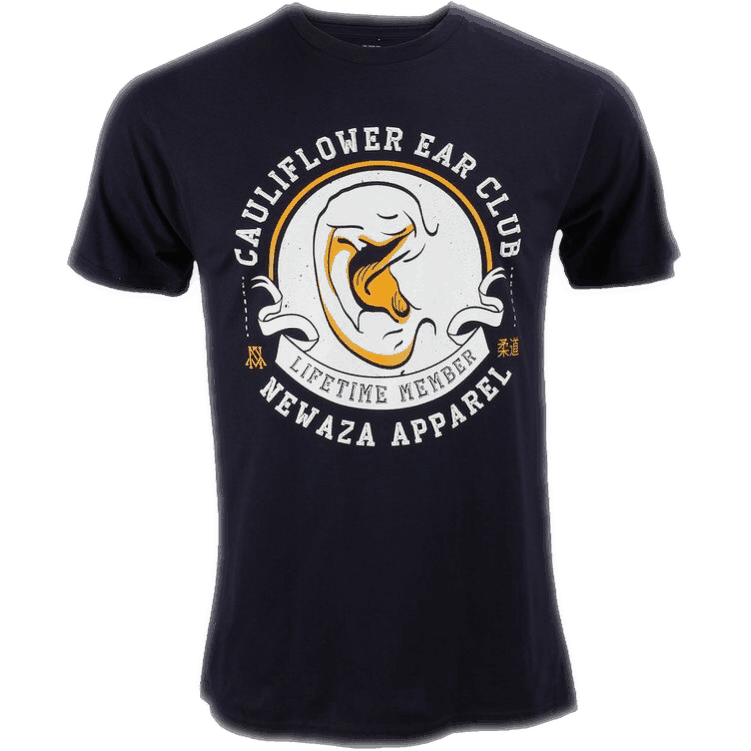 The absurd practice of getting a cauliflower ear

In Brazil, even among those who do not practice Brazilian Jiu Jitsu, there seems to be a fashion to burst their ears by crushing them with pliers!!!

Yes, you got it right but this is absurd.

It seems that many of us are more interested in their ears than in learning Jiu Jitsu where many practitioners get their cauliflower ears rubbing their ears on the tatami during grade passages in what is called the “Baptism of the Samurai“.

Now if you have hard cartilages my advice, not to get your cauliflower ears,is to use the ear guards or not to rub them when you are taken in positions such as guillotines, triangles, ties taken around your neck in general.

Try to go out with technique and not by force and if you can’t beat us without leaving your ear attached to your partner’s Gi and above all work on escapes, improve your outputs.

Good Ear and if you have to crack your ears “do it not deliberately”!!. 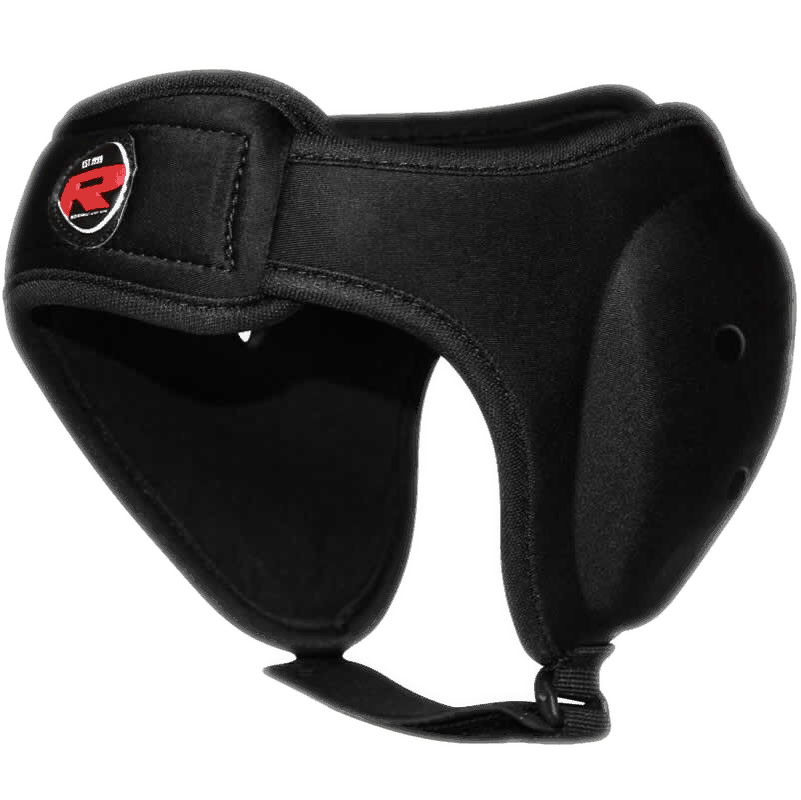 Most wrestlers have become familiar with cauliflower ear and often treat them themselves going to drain them we say home made.

During the practice of certain types of martial arts in particular such as BJJ, MMA, JUDO, Grappling, Wrestling, etc. these types of ear trauma are common to the point that cauliflower ear has become a normal thing among some wrestlers.

Today many fighters especially from BJJ or the UFC have cauliflower ears like Khabib Nurmagomedov, Conor McGregor, Leandro Lo, Felipe Pena and many others.

Jorge Masvidal (UFC) is a fighter who often uses ear protectors when fighting in training!

Training safely is always a great choice even if the cauliflower ear for a wrestler is cool. 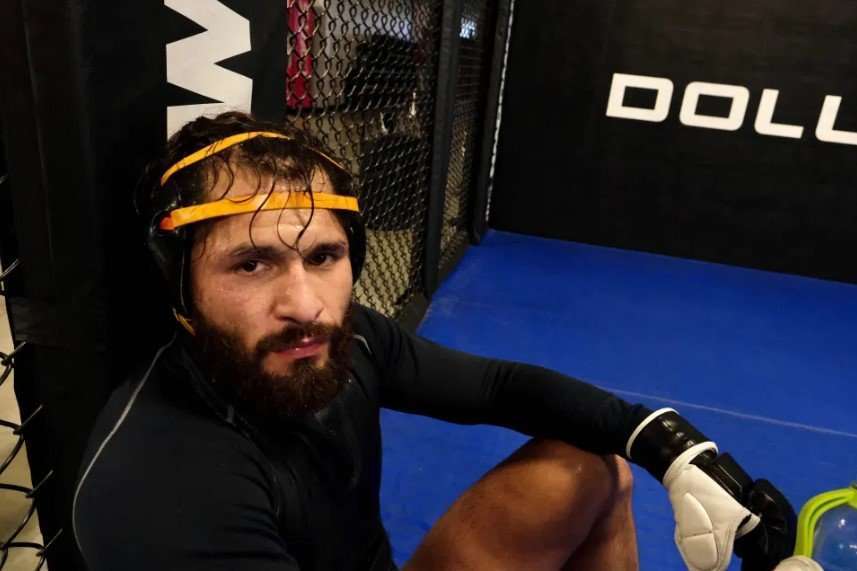 Ps. One of my teachers made 82 meetings in full contact, he had many scars but he never broke his nose, now why break it on purpose?? Learn not to get broken then if you find a stronger one ok can happen, but do not break you from the solo for no reason, preserved friend.

Pss. In the event of an accident, always contact the specialized medical staff.

I know it’s cool to see the scenes in the gym where your training partners drain your ears, but unless you’re someone who can’t improvise, you risk an infection.

Because the outside of the ear is prone to infection, antibiotics are normally prescribed.

When being treated, sports practice is not recommended.