This is to be taken into account especially if you are part of the police or if you block the aggressor waiting for the arrival of the security forces authorized to arrest the subject. 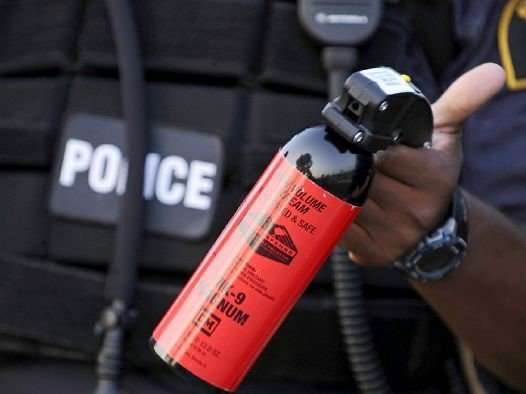 Difference between pepper spray for civilian use and that for law enforcement.

The pepper spray as it is now clear even for the history of use is excellent for your self-defense and is a product now legalized in various countries.

In America it is widely used by the Police who use it instead of the baton, now it does not have the same effects as a nice blow of a baton on the neck, but the purpose is to keep criminals at bay.

Now back to the question of whether there is any difference between the spray that citizens use and the one used by law enforcement?

Absolutely yes,more than one and not really of the slightest importance.

While the spray you can buy cannot contain more than 10% chili extract, the one used by the Police contains a high percentage of this substance, capable of creating much more problems and stopping ability than the person receiving the jet.

In fact, between the first and the second, there is a big difference of Scoville.

Are you wondering what Scolville is? It is the unit of measurement that determines the strength of the chili pepper. If the one normally used by us reaches a power of 2 million,the one used by policemen et simili a has a power of over 5 million units.

A big difference that certainly proves to be risky for those who, rightly or unjustly, suffer the attack of such a powerful dose.

In America, in fact, the use of this weapon by the Police has been repeatedly contested, precisely because of the effects that such a strong substance can bring to the affected person.

When pepper spray hits a person’s face, it temporarily blinds him and causes severe pain and discomfort.

This allows the police to subdue and arrest people, disperse protesters and suppress demonstrations or in the case of a civilian to flee and report the incident.

The use of pepper spray by the police remains controversial.

The latter could run into much more serious problems such as:

All problems that are not brought by the normal use of chili products and that worry a large part of the population.

Surely the spray is auseful weapon of defense,there is no doubt about this, but is it really the case to use such a strong product, perhaps even in the face of small crimes such as peaceful demonstrations or small raids?

Pepper Spray Home Made, You can’t do it at home

Online on the web and on YouTube there are several tutorials to make pepper spray at home but I do not recommend it for several reasons, practical and legal.
There are people who think that, since chili pepper is a natural vegetable substance, it is possible and convenient to make an anti-aggression pepper spray yourself in your own home.
Unless you are a professional chemist and with the right equipment, being able to make a real spray of this type with the quantities in accordance with the law is highly unlikely.

Pepper Spray Home Made, you can’t do it at home!

Another essential point, to be legal a pepper aggression spray must strictly comply with certain parameters.
It is much easier given the price to buy it certified also because if there was the case of use on an allergic aggressor, in case of process you still used an approved product and not homemade.