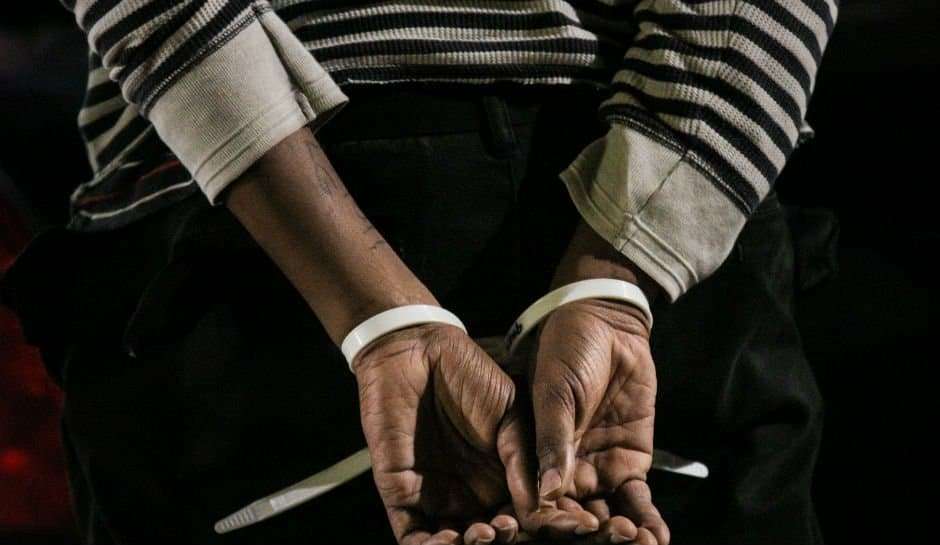 You may have seen on television how the military uses plastic handcuffs to control the hands of prisoners or during demonstrations.

Unfortunately, many offenders also use this tool given the simplicity and given the effectiveness this type of cable ties also requires much less skills than using a rope and more effective than tape.

The cost of these items is about 40 euros for 10 bands,a low price and accessible to everyone.

Given the lightness they can be transported in large quantities by soldiers and police and are therefore particularly suitable for situations where many people can be handcuffed, such as during protests, riots and demonstrations. 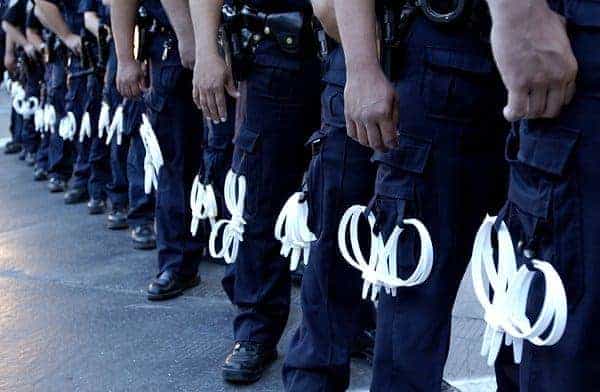 The spread of plastic handcuffs

In recent years, airlines have also begun to carry plastic handcuffs to use to control disruptive passengers.

These types of disposable restrictions can be considered cheap and efficient, but although they are an alternative solution to the classic metal handcuffs with a key, they must be used in certain security contexts;

These types of handcuffs with respect to a rope cannot be loosened, and must be cut to allow a controlled subject to take fingerprints, or to be able to perform his bodily functions accordingly they may need more than one for one subject to complete the different checks.

It is not uncommon for a single subject to have to use five or more sets of disposable plastic “handcuffs” in his first few hours in custody. 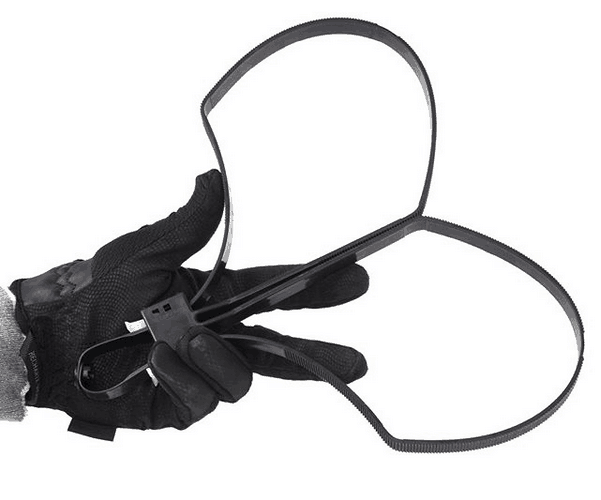 The use of these plastic handcuffs even if disposable is cheap and are useful and available in situations where short and safe stops are required, while steel ones normally used when stops are required with longer times.

Lightness is also an added value of this restriction tool because it allows you to carry a certain number of them without weighing down the operators and that in some situations is advisable compared to metal handcuffs.

Recently, plastic handcuffs have been introduced to solve this problem, including disposable plastic bands that can be opened or loosened with a key; They are more expensive than conventional plastic locking systems however it can only be used a very limited number of times, and are not as strong as the restrictions with traditional disposable band handcuffs, not to mention modern metal handcuffs. 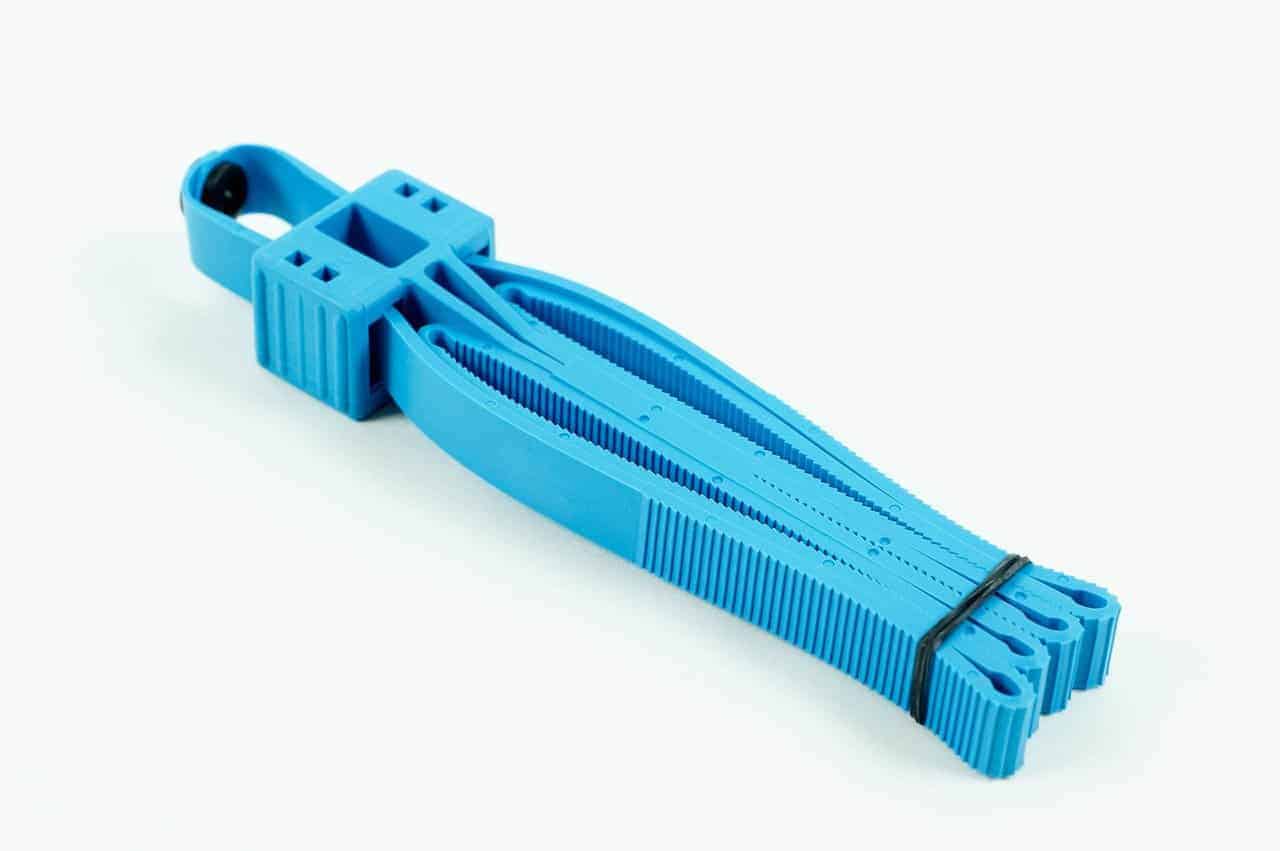 In addition, plastic handcuffs are considered by many to be more dangerous for wearers as they are more likely to inflict damage on the nerve or soft tissues than those who “wear” metal handcuffs.

Some versions of plastic handcuffs to remedy this have been equipped with a shutter to avoid once “put in the shot” that during the control or with the movements clicks further going to tighten too much the wrists blocking circulation and injuring. 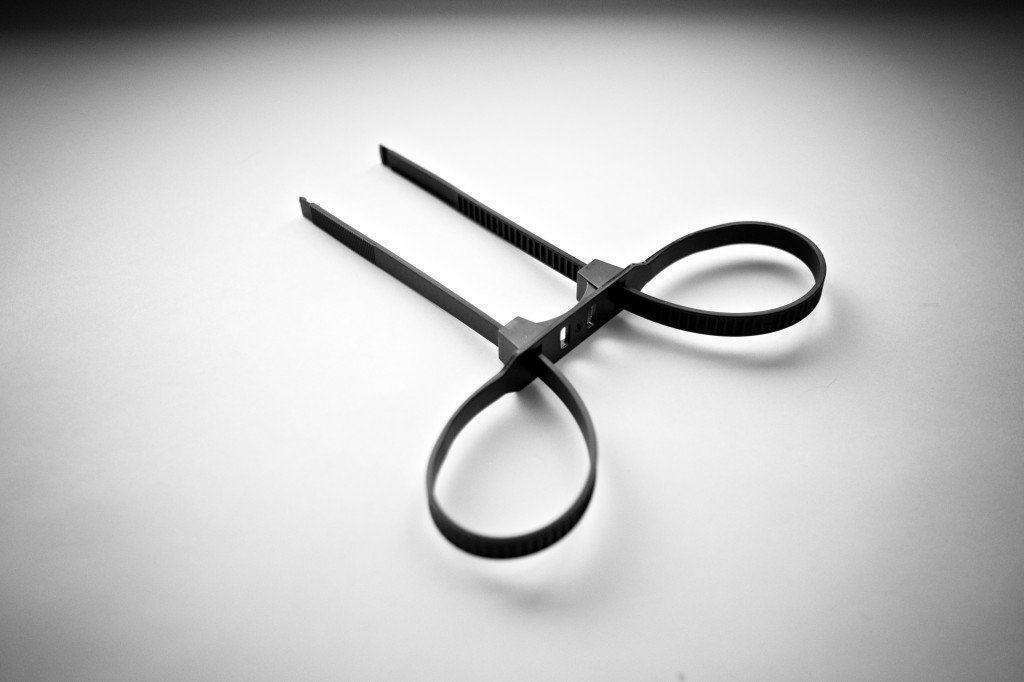 
Attention!! I am sorry to see often videos on the internet (YouTube, Facebook, etc.) or online explanations with common bands that have nothing to see with this type of equipment that if tried you immediately understand that it is not something you find in the hardware as you can see from the image.

Stop thinking that those situations are real where in the videos you see people getting rid of the ties, you think that a kidnapper, a thief, etc. would tie you with the cable ties with which you tie the cables of your computer?

Would use 10 together at least!! more than the parcel tape.

Traditional hardware band (Nooo!! who uses such a thing except to play?)


The technique explained on how to get rid of traditional bands does not make sense and is the following and can also work but it is a game, cinematic, something amateur, to make scene, because the reality is that you will never be tied with a band of this type:

1- Put the end of the band between your teeth and tighten as hard as you can.
2- Raise your hands above your head.
3- Place the band on your wrists and swing your hands downwards while simultaneously moving your elbows away from your body so that the bands stretch as far as possible.
4- Push your wrists towards your stomach violently and repeat this manoeuvre several times if necessary.

Repeat!! Beware what you watch on the internet and on YouTube

If you have the misfortune to find yourself tied up with a band they are unlikely to use a band that you find in the hardware store and so what you saw does not work unless you think that the police in the world and the military are so naive.

This type of band has a thickness and a tooth that is the under square to the serrated part of the band that hardly with a movement of the body although very strong and tearing you can open or break this type of band. 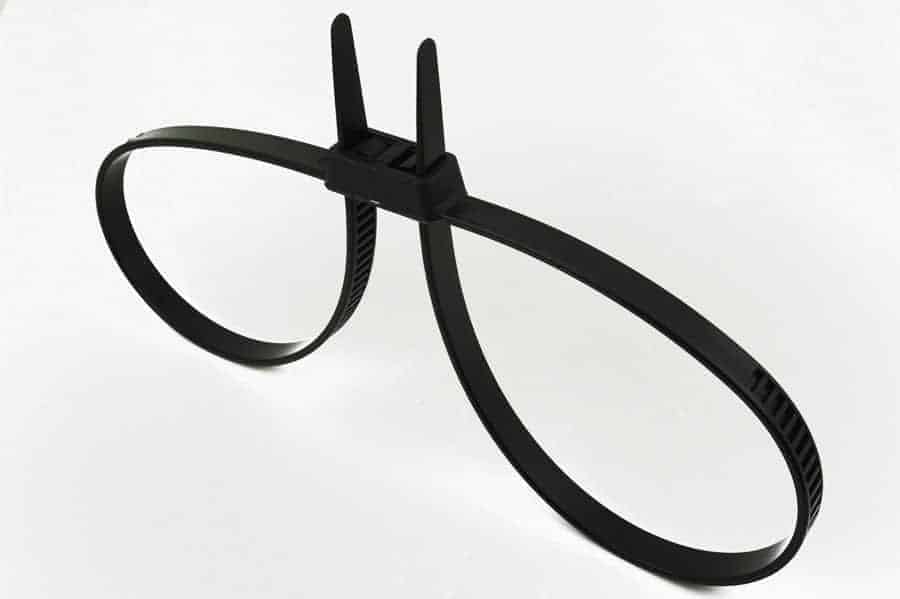 It is not a toy and those who do seizures or robberies in the house unfortunately do not use toy items.

You need to know what you need to get out of this complex situation.

So it’s impossible to open them?.

No absolutely not but it must be done with different techniques and require a different time to get rid of and surely you can not be observed by a supervisor or a jailer to be able to perform them.

The technique to get rid of plastic handcuffs and that works is the one with the shoe lace:

Ps. Consider that those who use these tools know how to use them and hardly put handcuffs in front of you, also if you’re as big as Brock Lesnar sure you put 2.

This technique that you can use to free yourself assumes the fact that you are left alone, that they tied your hands in front of you, but this who does?, in addition they left your shoes, maybe even a Swiss knife, etc.

Let’s face it these are a series of events that hardly a professional leaves you as an advantage.

Now there are also other techniques to get rid of plastic handcuffs in addition to this just described but as you see they always require the fact that you are left there alone quiet free to do what you want and with a minimum of tools and imagination.

Surely they are techniques to learn and know, but my advice is to buy ties and to do tests to acquire skills and understand how to effectively perform these techniques.

Ps. Beware of the law if you use them to block a thief, etc. because even if you are right about the law you may have committed a crime.