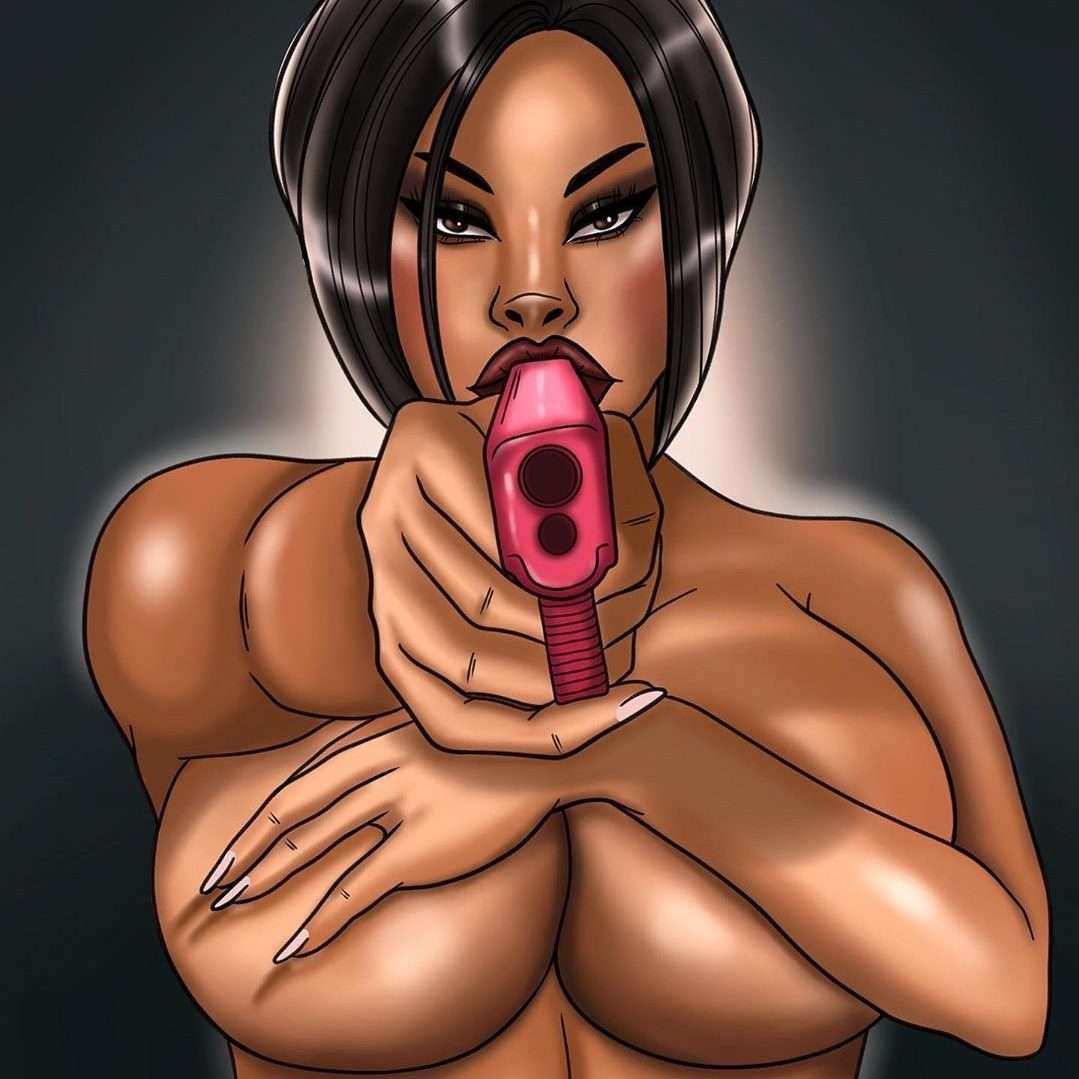 The content is spread across a wide range of online channels (Social, Messaging Apps, etc.) and offline (Sending images and videos to people you know).

It is clear, the intent is usually to damage the victim’s reputation.

Most of the time, in fact, the recipients of the hot material are friends, relatives, colleagues of the latter but also wives and girlfriends.

The new means allow very quickly a quick and simple sharing that allows a propagation of this material both online to strangers but also reaches the people who are part of the victim’s private life such as family, friends, work colleagues, boss, etc.)

The goal is to discredit the victim and ruin his social and online reputation.

This is one of the objectives most related to psychological problems that use the blackmail of images and videos to threaten, insult with the aim of recovering the relationship and to which an immediate response must be given to prevent the situation from degenerating and sometimes even to murder. 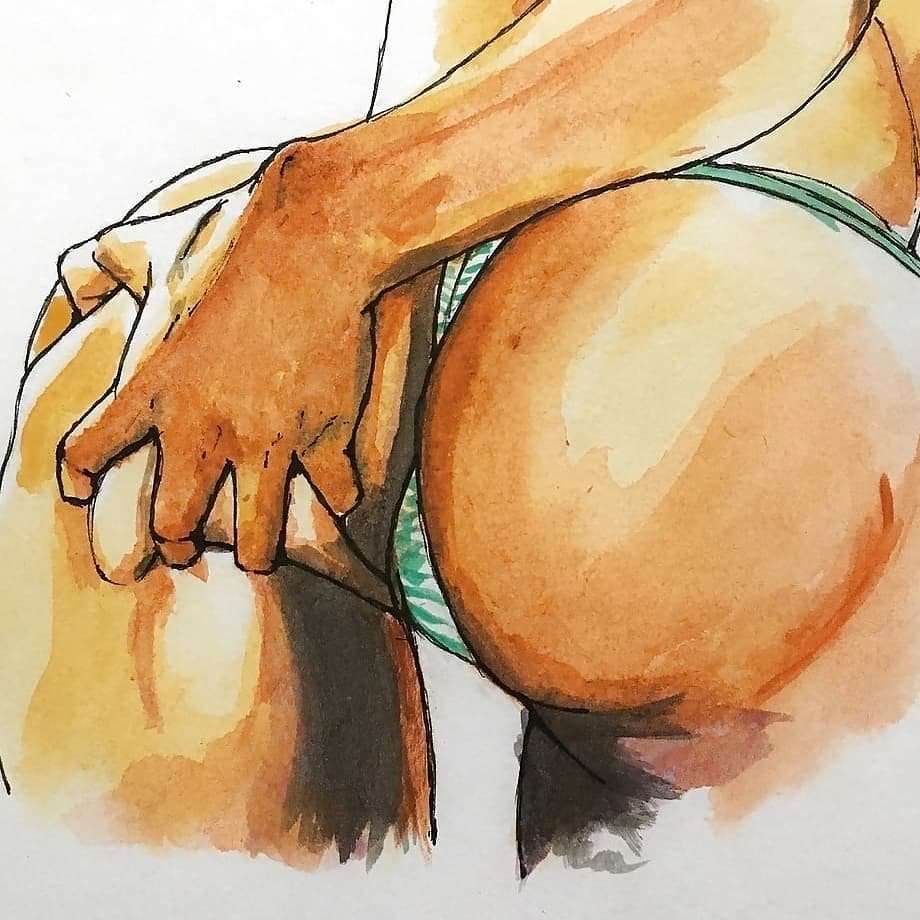 In some cases more crime-related videos and images are used to blackmail and extort money.

Usually people are chosen because they are married and in good positions and once they acquire the material in order to carry out blackmail they begin to extort gifts, money, etc. from the victim to avoid let the wife or husband know about the betrayal with irrefutable evidence. 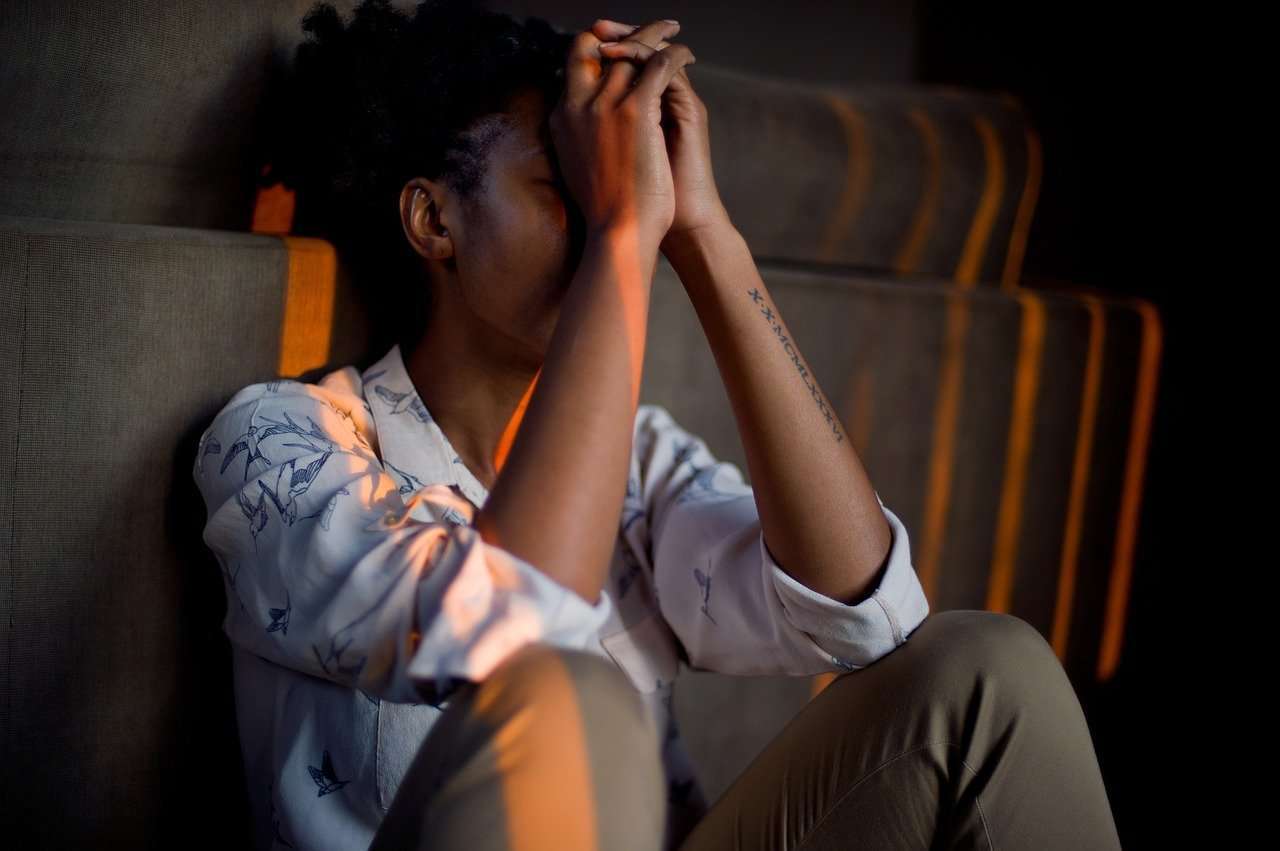 Today thanks to the simplicity of using smartphones it is very easy to take photos and videos during your intimacy or exchange nude photos through chats when the relationship between the couple works well but what can happen next if you have met a fool, or you have left without a deal but angrily, etc.

This phenomenon usually occurs when a relationship between two people breaks down and the other party does not accept that it is over.

Very often those who have this type of material and spread it do not understand the enormous risks related to dissemination and the same thing the person who sent images or videos during private sexual acts does not think about the potential consequences if they remain in the hands of a person you do not know well or trusted wrongly.

Posting a video or image online without the consent of the person portrayed constitutes an offence that takes on different relevance and severity depending on the context in which it takes place.

In the age of social media, you know, privacy is continually undermined by the eagerness to share everything that happens throughout the day.

But what if it is photos that were destined to remain confidential to be published?

Well, on July 19, 2019 something changed, an article was added to the penal code, which incriminates the illicit dissemination of photos or videos with sexually explicit content, without the consent of the person represented. 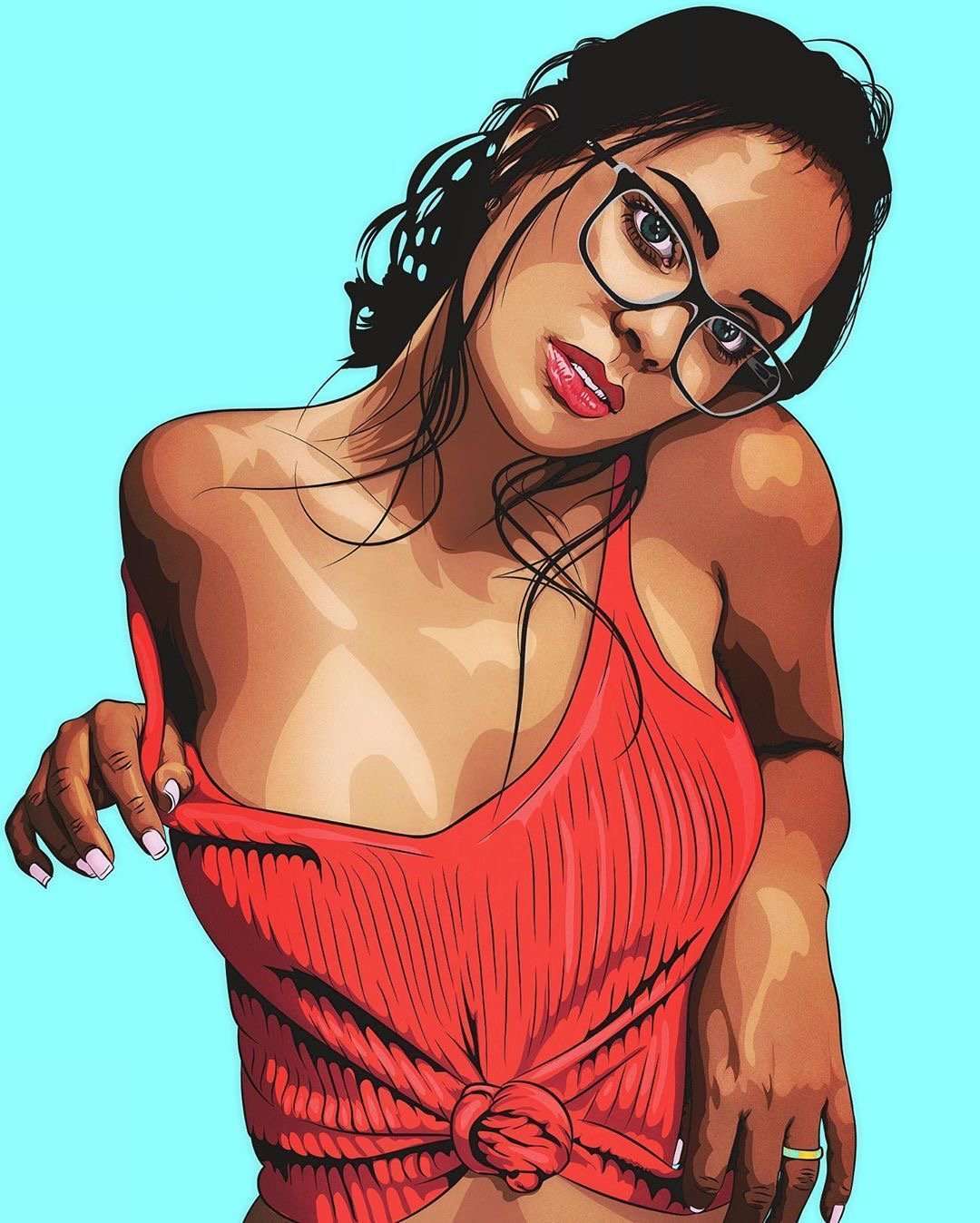 The attacker can get hold of compromising material through:

According to statistics, most sexual blackmail is committed mainly by people who have an emotional connection to the victim.

The effects of Cyber bullying are devastating and destroy people’s lives and in some news cases have also led to suicide.

Cyber bullying on the person can have self-destructive effects that lead to different reactions depending on the subject such as:

The end result of certain acts is that the lives of the victims are turned upside down to the point where they no longer leave home, change cities or even commit suicide when cyber bullies are not aware of the life of a human being.

The sites where cyber bullying is most prevalent are instagram and facebook but there is also whatsapp and telegram.

It is important to have these images removed as soon as possible but the procedures are often slow and so specialized companies have been born even if today the attention of the companies that provide the chat and social service are more sensitive on issues of this type. 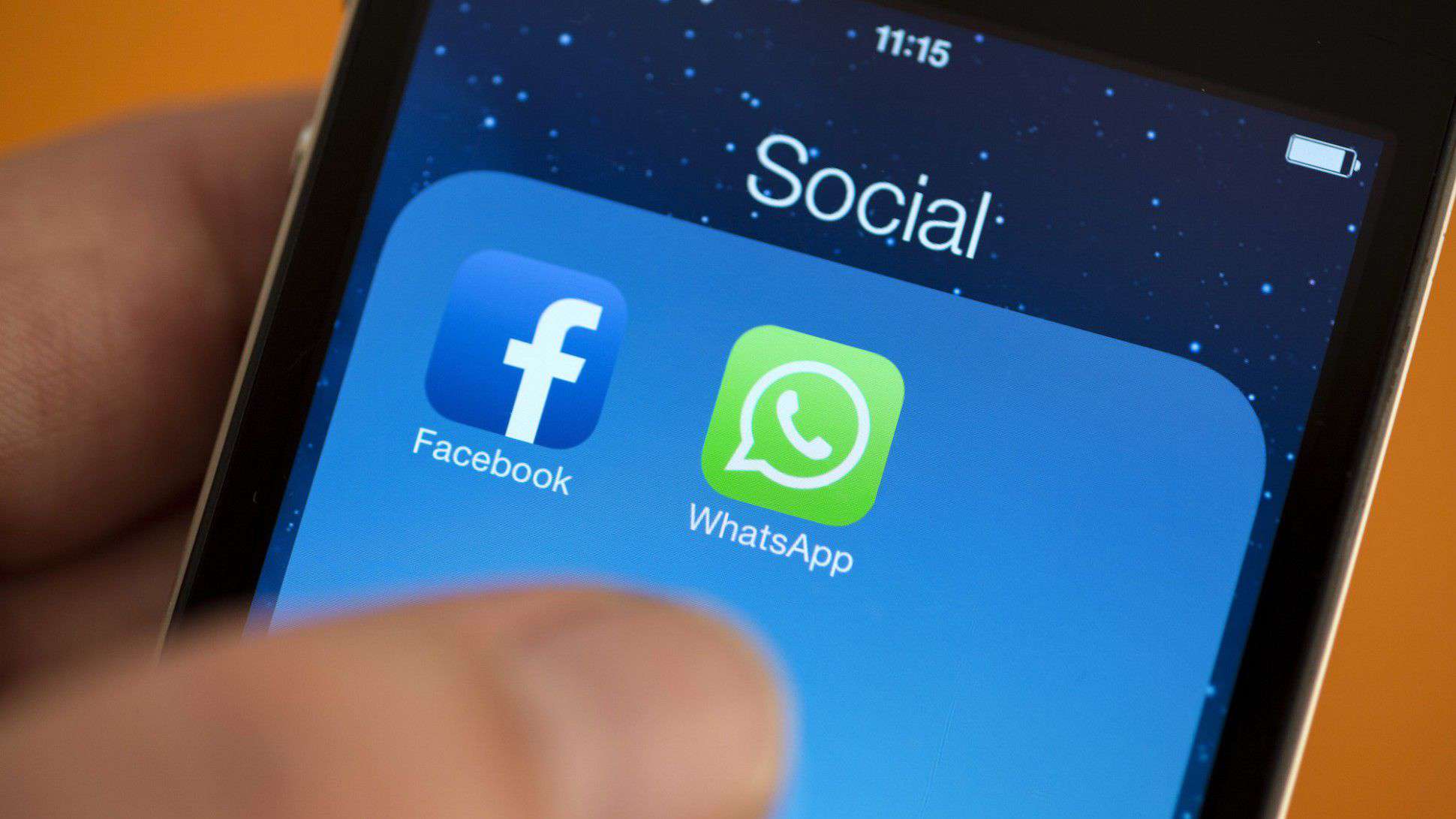 What are the consequences in case of the dissemination of images/videos without authorization?

In the absence of permission to disclose images or videos, there are two violations:

The phenomenon is rising sharply, belongs to a retrograde and ignorant mentality, the victims are in most cases mostly adolescent women, it also causes the gender bias that “punishes” the sexual freedom of the woman.

Objective: to protect victims of violence, especially women and children.

“All those who have made or received videos or images that contain sexually explicit content, intended for exclusively private viewing, and spread them without the consent of the person present in them, commit a criminal offence.” 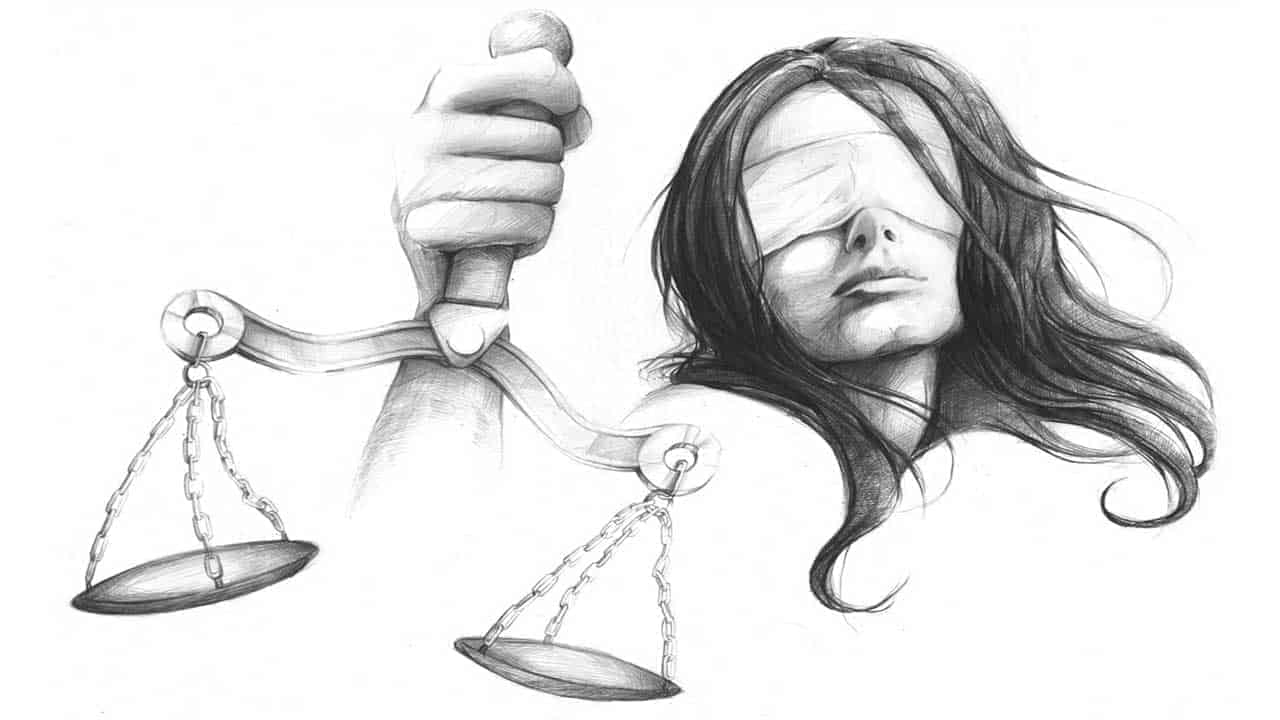 What does this paragraph say:

At the basis of the creation of this article is the desire to protect the freedom of self-determination of theindividual, thus including: 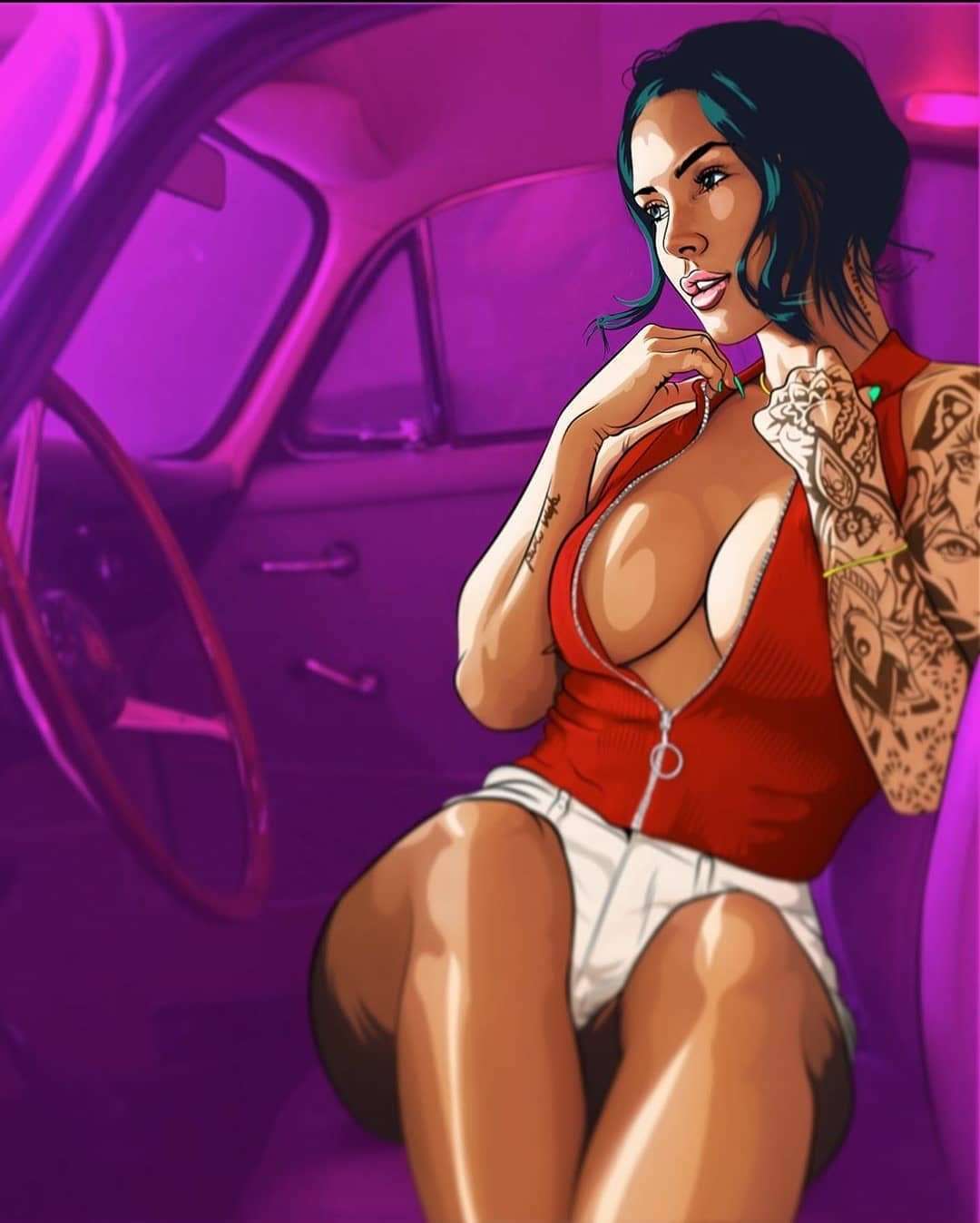 On July 17, 2019, therefore, the famous
Code red was approved,
which regulates the following crimes:

With the exceptionof Article 387a-bis of the European Treaty, which fills what has hitherto been a regulatory vacuum, the other articles relate mainly to the tightening up of existing penalties. 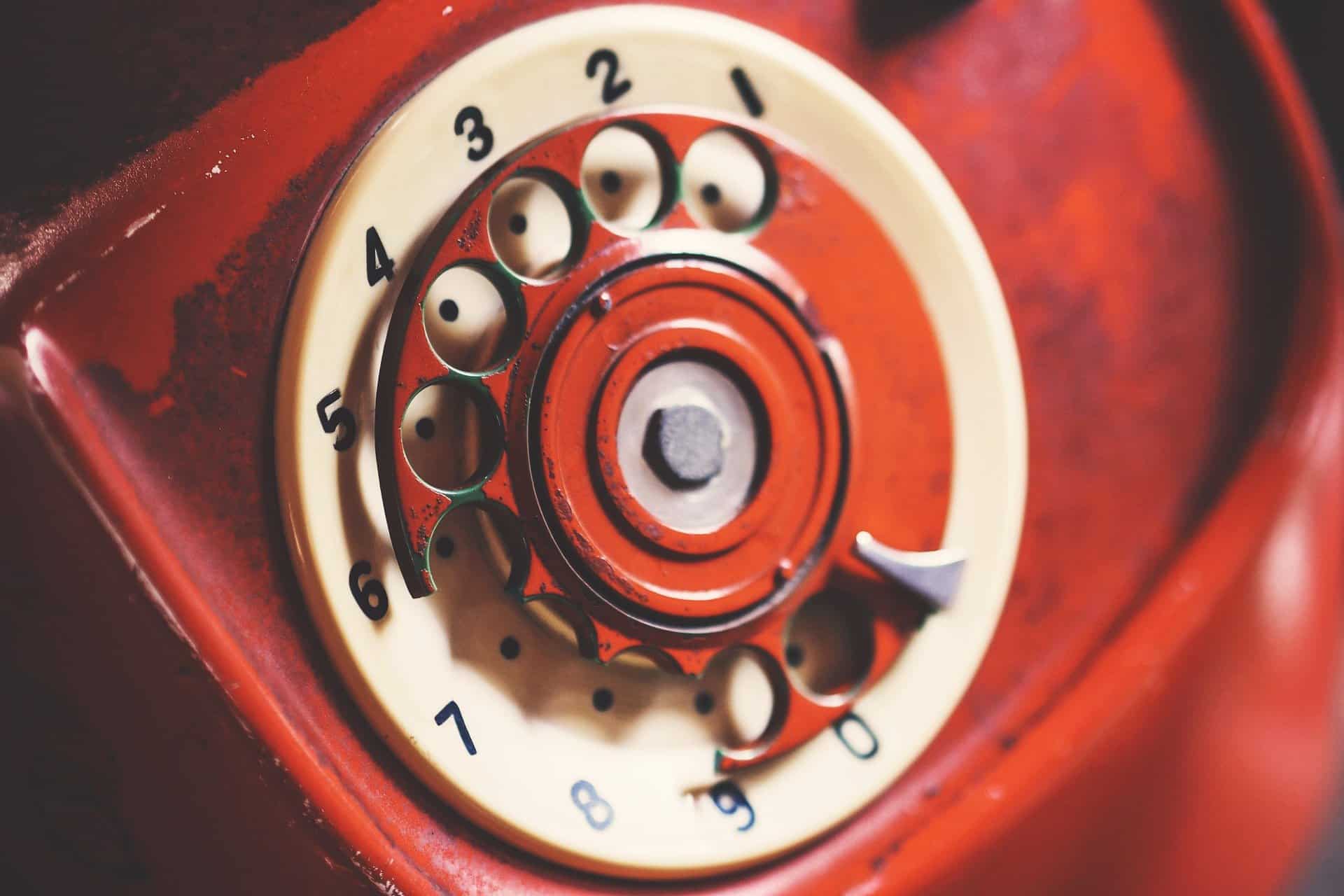 What are you risking?

Increases in sentences may also apply if the crime is committed to the detriment of pregnant women or persons with physical or mental inferiority.

Attention thatart. 612 ter c.p. requires, for the purposes of the configurability of the crime, that the agent is the one who, after having made or subtracted them, spreads, without the consent of the person represented, images or videos with sexually explicit content.

When it is the person who took or subtracted the photo himself who commits the crime and who, after a short time, decides to disseminate it, the norm considers that proof of vengeful intent is unnecessary.

But the dissemination of images of others with sexually explicit content is not always determined by the desire for revenge.

Think, for example, of the case of the finding on the net of a hot photo of an unknown girl, the saving of that photo and sending it to third parties on WhatsApp.

The rule equates, for the purposes of sanctioning treatment, the conduct of those who participated in the realization and then disclosed the hot material to that of those who simply received or acquired it in other ways.

However, in the latter case, it is explicitly requested that the purpose of the dissemination should have been to damageintento vendicativothe image and reputation of the victim.

So when you spread via whatsapp amateur videos of a girl be careful, you are committing a crime. 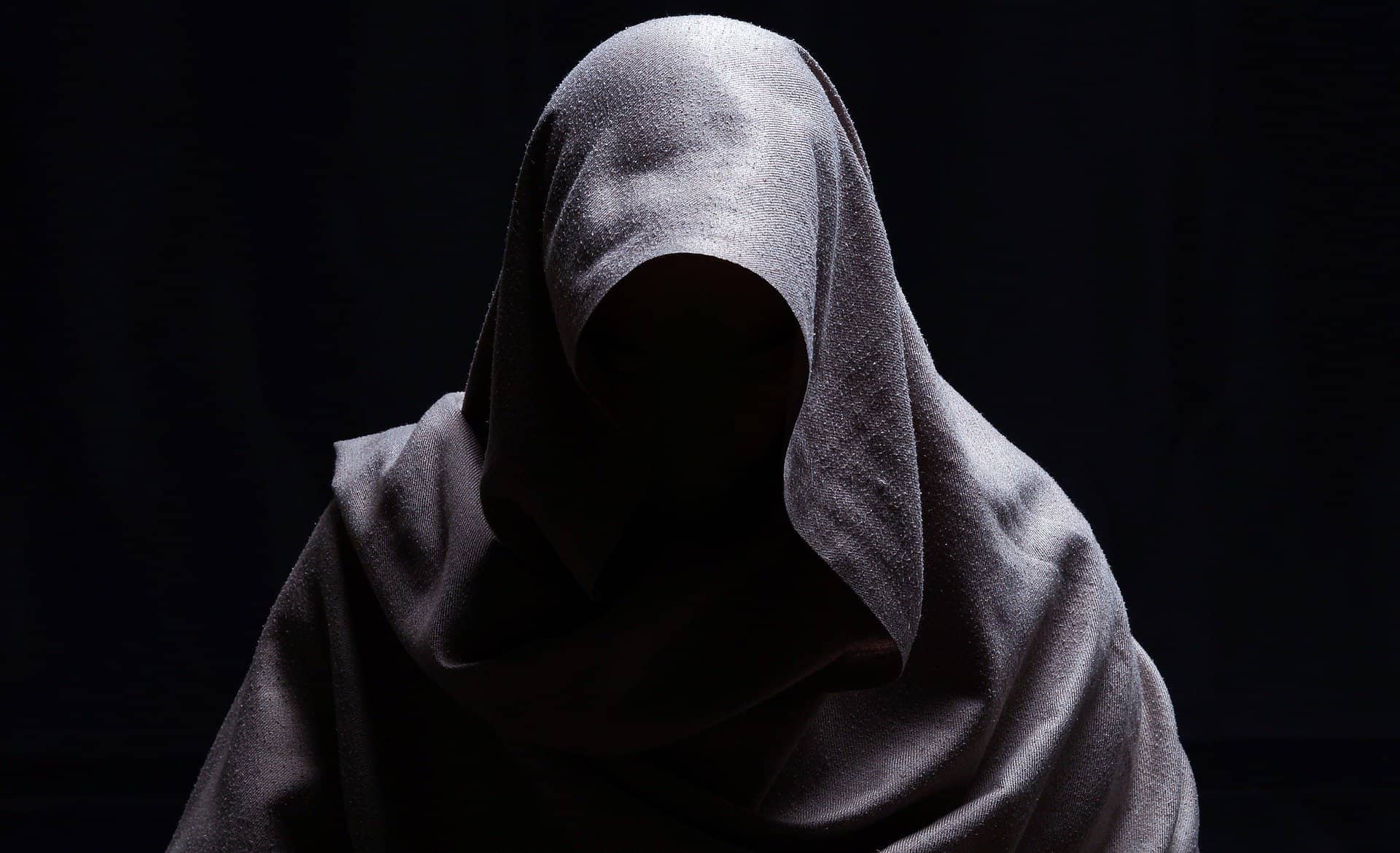 What can be done to denounce the facts?

WARNING:The right to file a lawsuit for such facts is up to 6 months from the moment you become aware of the dissemination of the hard photo or video. 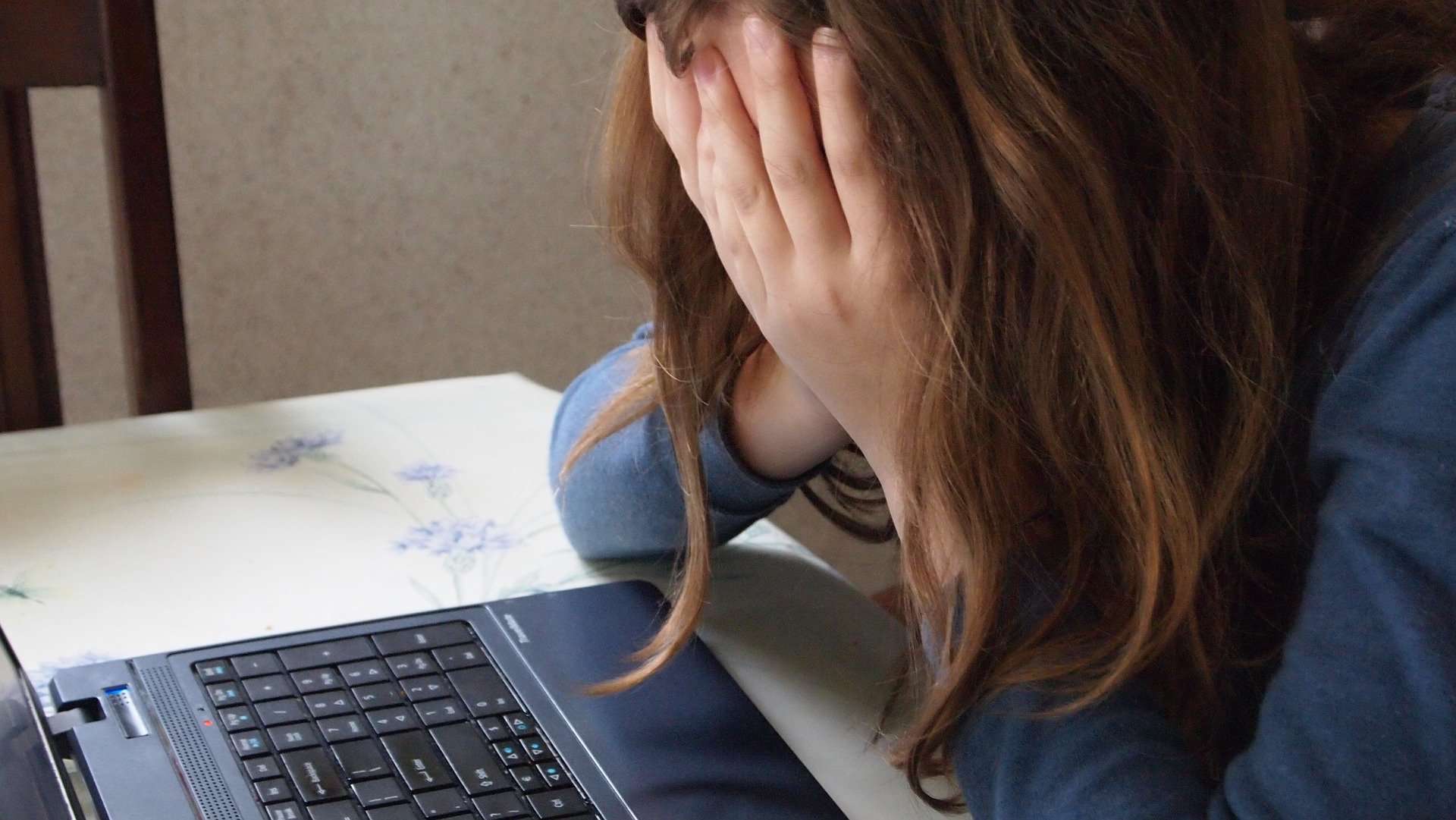 The offended person is advisable to form a civil party in the criminal proceedings that may have begun against the perpetrator of the conduct, in order to be able, in the event of conviction, to obtain compensation for the damages suffered.

In fact, the Supreme Court,on several occasions, has recognized compensation for non-property damage suffered by victims of non-consensual pornography.

This is a real damage to image and reputation, goods guaranteed by our Constitution.

The damage is quantified based on the number of users who viewed the material and, more generally, based on the overall severity of the fact. 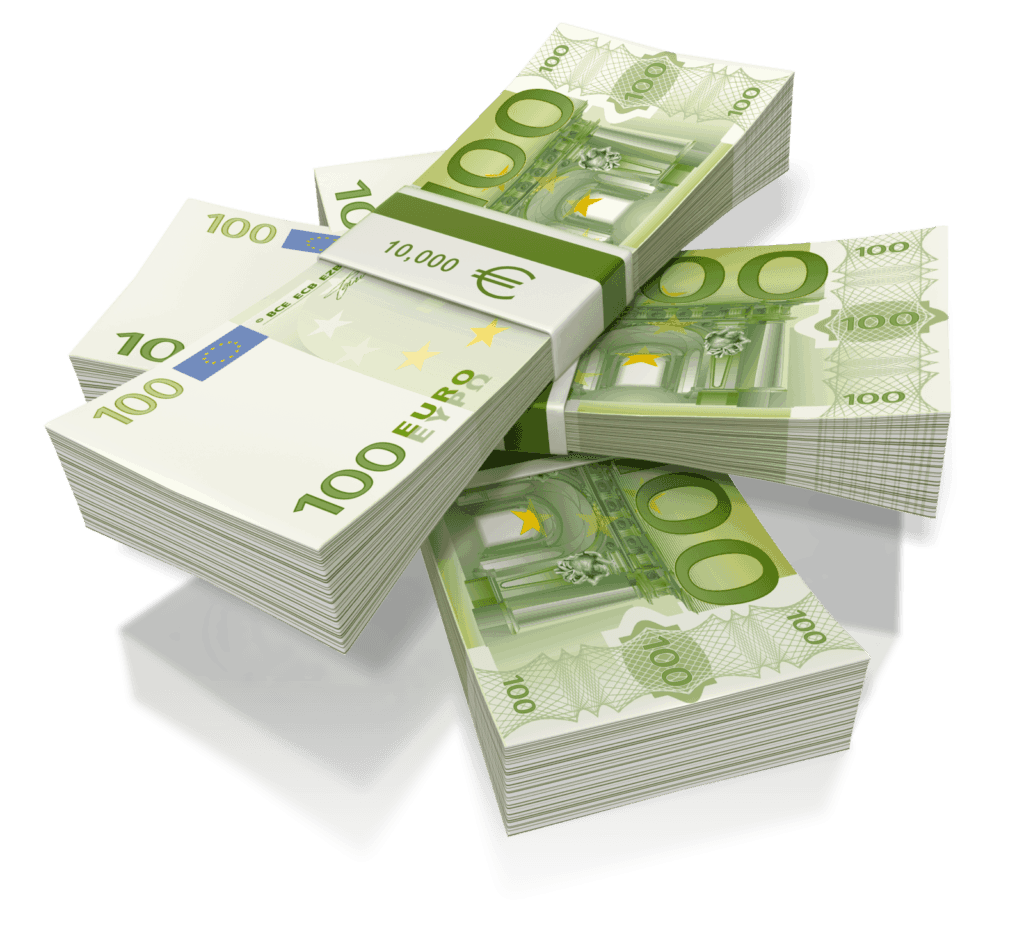 Some European countries have long faced what was in fact a regulatory vacuum.

What should appear in the photo or video?

Just a sexy photo, without veils or in underwear to trigger the crime.

But when is a photo deemed” sexually explicit content“?

Article 10 of the Directive is applicable to the 612 ter c.p. does not clarify what should be meant by sexually explicit content.

It will therefore be necessary to assess the peculiarity of the specific case.

A recent ruling by the Ravenna Court led to the conviction of a 24-year-old man for sending friends, in a WhatsApp group,a photograph of his ex-girlfriend portrayed from behind during sexual intercourse.

The judges convicted him, claimed that a tattoo would make the victim recognizable in the eyes of the other members of the group.

The most problematic aspect of the matter concerns the consent of the victim because the crime is the lack of consent to the dissemination of the material by the person portrayed in the photo or video but it is clear that the consent to be photographed or filmed was there.

The fact and crime to exist and be criminally relevant, must have as its object photos or videos that had to “remain private”, quoting the rule.

“Don’t worry, no one will see it! IT’S NOT a certainty”

Now you know that if a revenge ex-boyfriend spreads your images, he’s committing a crime.

On the web the data spreads very quickly and even if you can delete it from Google or from social platforms and messenger apps by applying the The right to Be Forgotten is a complicated and long operation, and even if there is now a law and you can protect you by asking for the removal of the damaged material and damages the time is long and the photos and videos have been around the world.