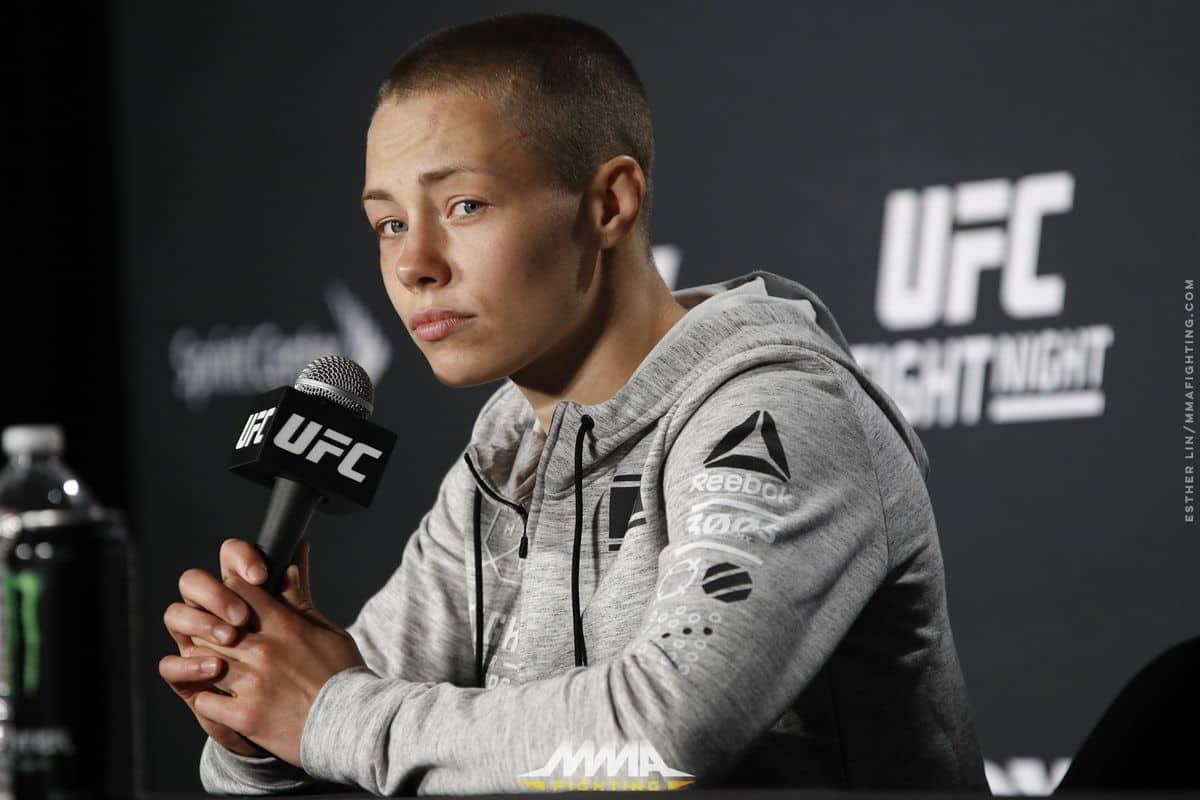 Rose Namajunas explained the difference between a fighter and a martial.
In many combat sports, from boxing to mixed martial arts, we have seen trash talking scenes more and more often.
More and more often, heavy provocations are used to promote matches and big words are flown for the sole purpose of making media shows or humiliating the opponent for no real reason, and it is certainly not an example to young people who come to sport and martial arts. 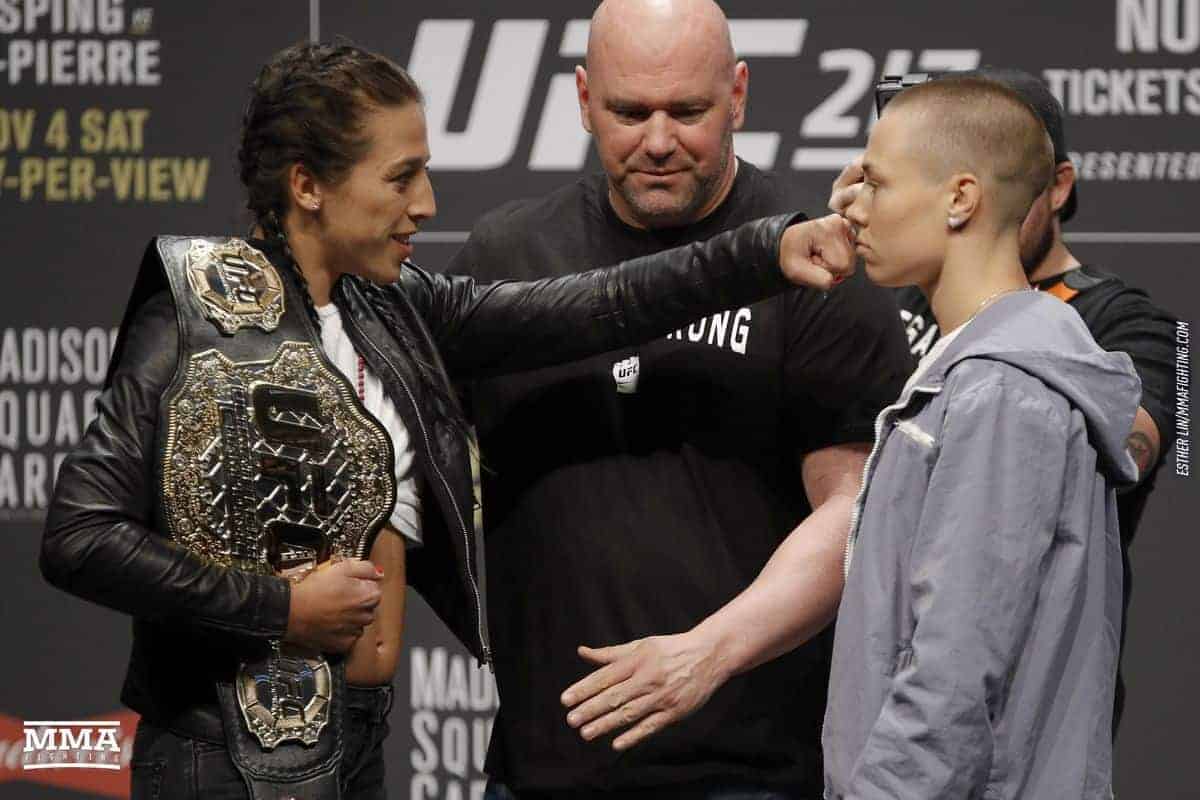 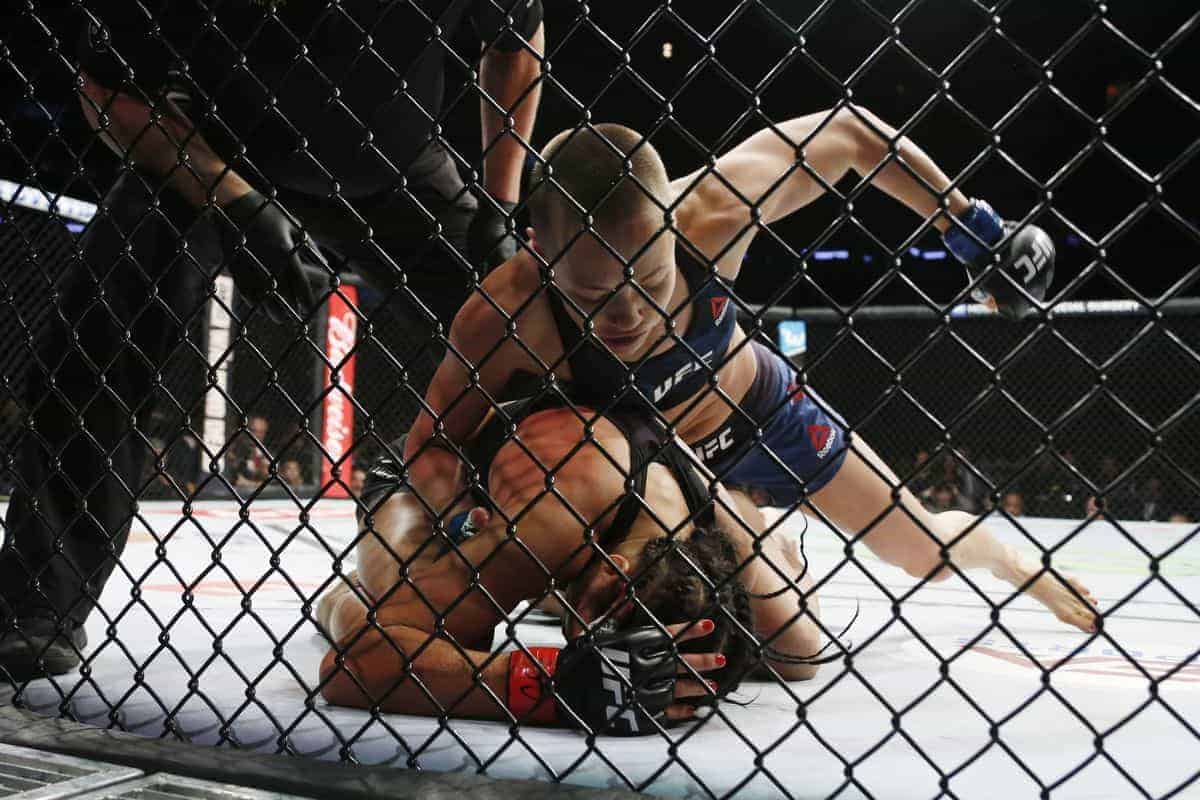 I deliberately let a few days pass from theUFC217match, in which the Lithuanian-born American athlete won the title against Polish athlete Joanna Jędrzejczyk, who throughout the previous weeks continued to make personal provocations and attacks on her opponent, who had replied:

“I have nothing against her, she is a great athlete but in life I have fought against worse things; His words didn’t scratch me. I used to fight with a lot of anger, but I learned that love is a better source of energy than hate.” 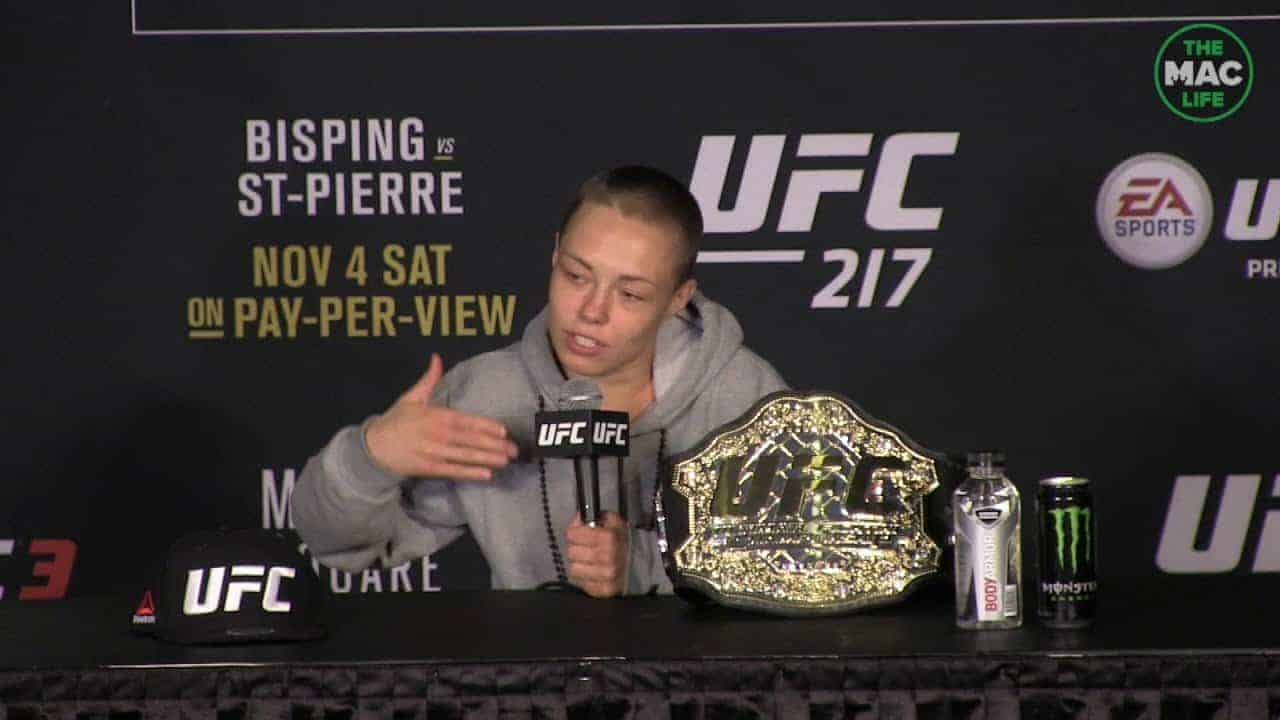 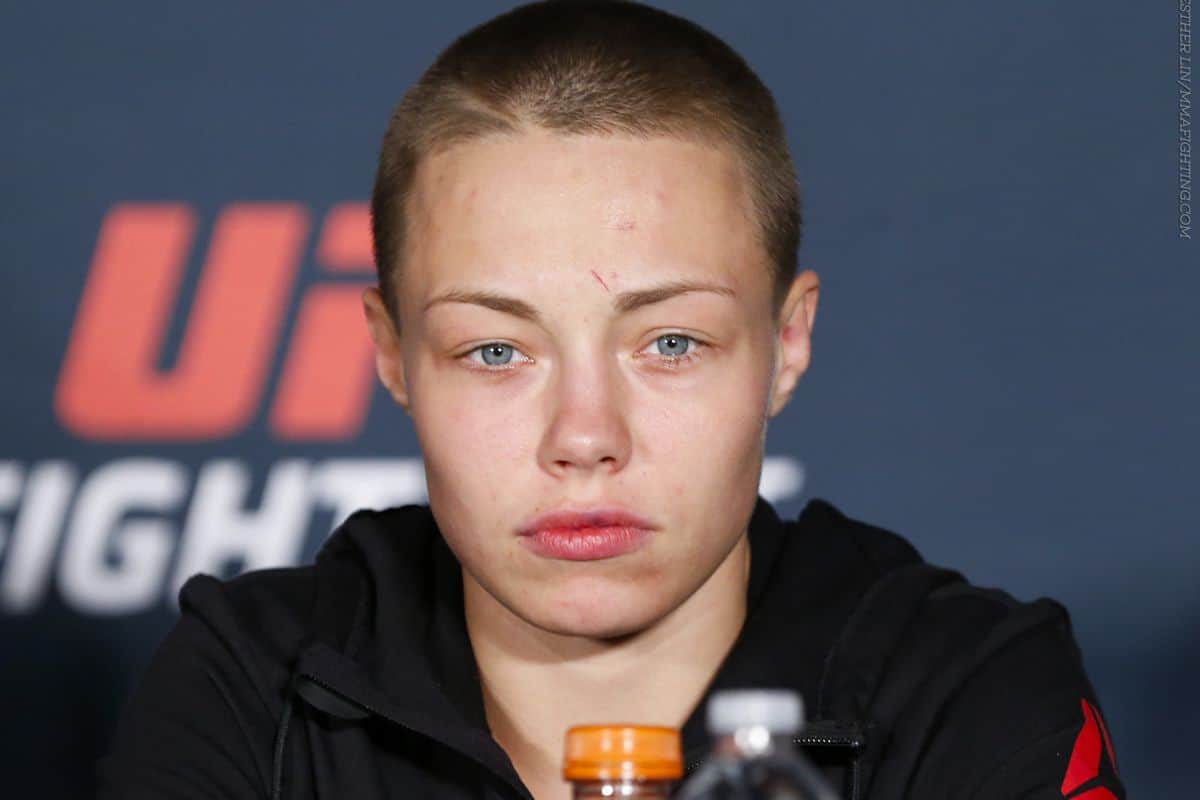 At the post-fight press conference, Rose Namajunas,wearing the UFC Champion Title, commented on the UFC StrawWeight World Championship and the performance of the night:

‘I think there’s too much vulgarity in Mixed Martial Art and people who aren’t really honest with themselves, maybe it’s just because they think that’s what they have to do to amuse but I’m sick of all the hatred, anger and things like that. I feel that as fighters we have a duty, to prove that we are a better example.

Martial arts has to do with honor and respect… it takes a lot of courage to get into that cage, and it doesn’t matter who you are… I just want to prove that I’m an example in that sense.

In the world there is so much negativity, out there, wherever you look, there are always only negative things… I’m just trying to be as much a positive light as possible.

I’m not perfect at all, but maybe we’ll find a way to make this world a better place.” 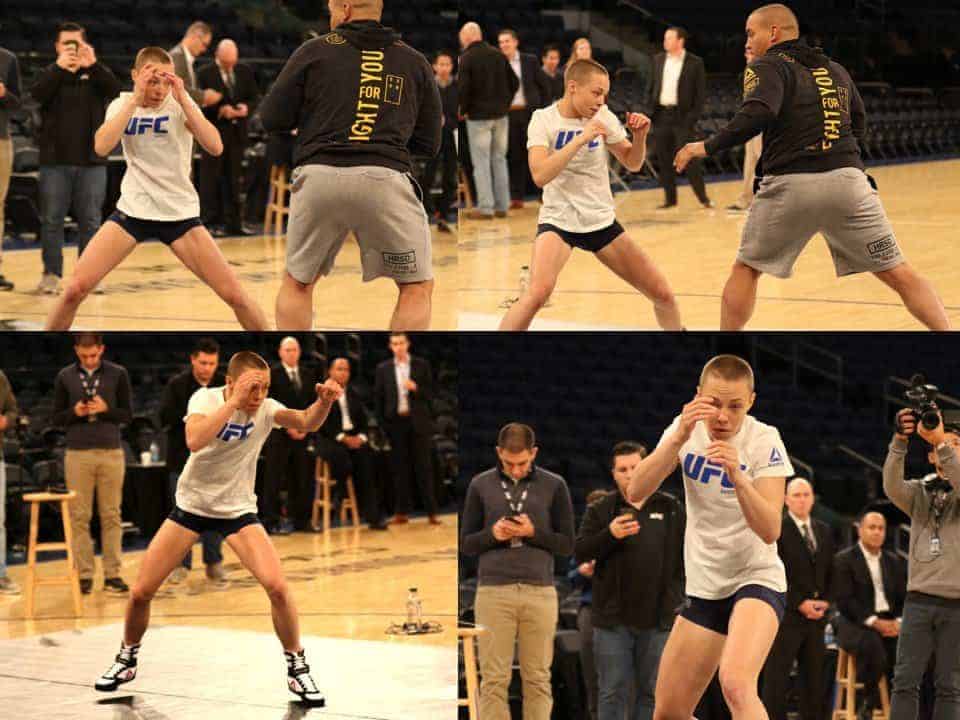 I think it was a good example for sport in general and for combat sports.

For the record there was also the rematch that confirmed Rose Namajunas as the winner again!

Also that evening, the great return of an athlete who has always called himself a martial artist before a fighter, showing great respect for his opponents in and out of the octagon.
I’m talking about George St Pierre who, by regaining the TITLE of UFC champion after retiring a few years ago, has once again proven to be an inspiration and example for young people and for the sport.
In the world of wrestling that is fiction there Faidais a term Feud that indicates a rivalry created at the table between two or more wrestlers but there it is fiction, this is a real sport not something built at the table.
Feuds are part of the storylines that air on television (in fact they always continue in the television programs of the federation, except in some special cases), being the basis on which the anglesare developed .
Bookers,the creative team, usually construct a feud that sees a face (“good”), the darling of the audience, and a heel (“bad”), the bad guy, are the ones who study rivalries.

But I repeat that it is a fiction built at the table not a real sport of competition.

Don’t be anything other than just to appear: respect your art, respect your sport, although maybe what people want is the show… but never betray your origin.

Andrea
300
Thanks for SHARES
ShareTweetPinterest