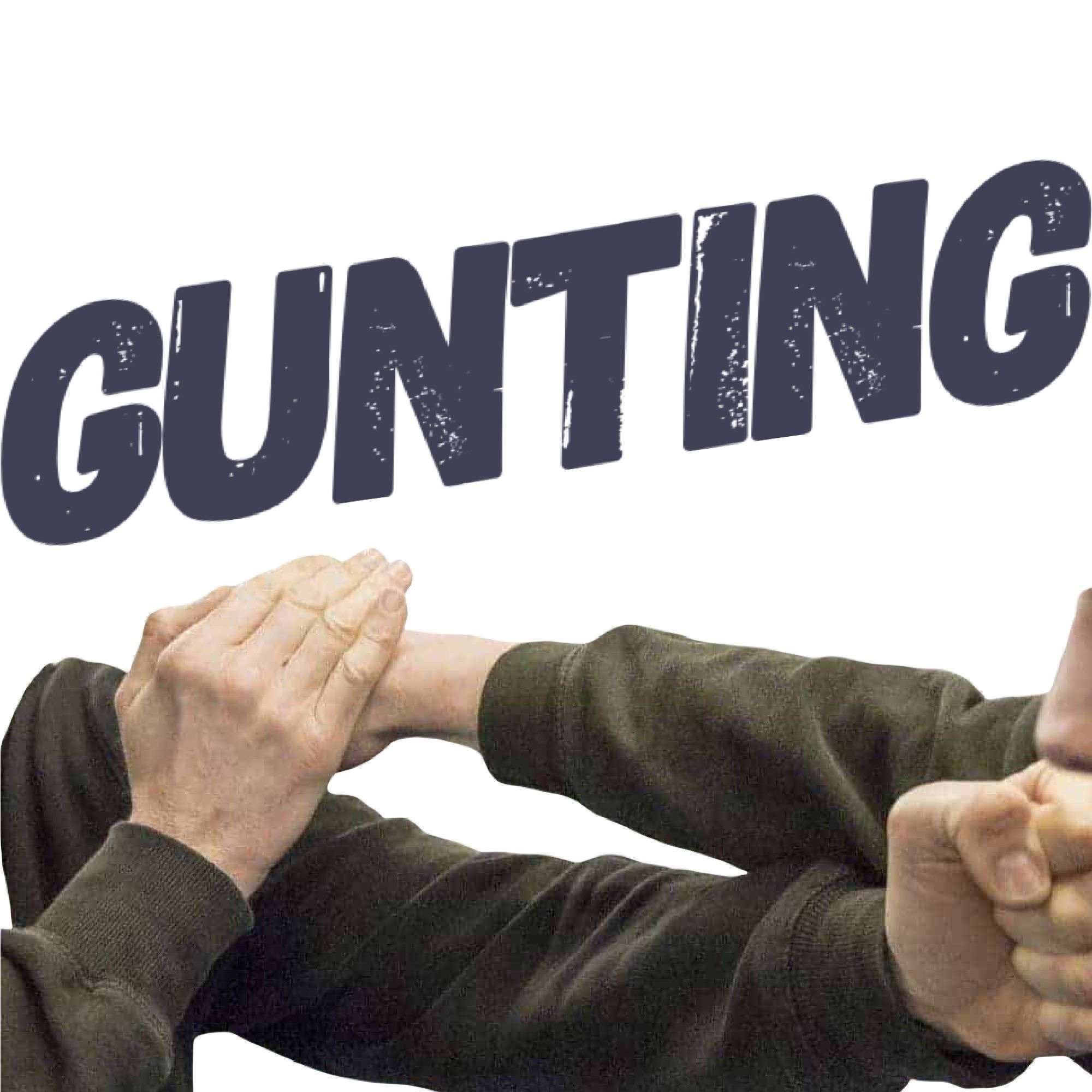 Gunting is a scissor strike typical of Filipino martial arts or FMA.

An active defense of paro and I strike at the same time but from a distance of “security” that allows you to hit the elongated limb that attacks your attacker.

The blow can be done with fist with the knuckles or with an object that I hold in my hand or in the armed version with a knife or stick.

The goal is to damage the limbs of the opponent/aggressor by destroying his weapons by preventing him from using them.

Usually gunting is pulled to the bicep (inside) or triceps (outside / vertical) but can also be directed to the hand and forearm.

Ps. An important thing to consider in gunting is that if you have a Kubotan,a Palm Stick,a key,a pen,etc. the effect of gunting becomes even more devastating.

The destructive effect of gunting has the maximum expression using the little finger knife but the same technique can be performed with a classic knife and with the karambit. 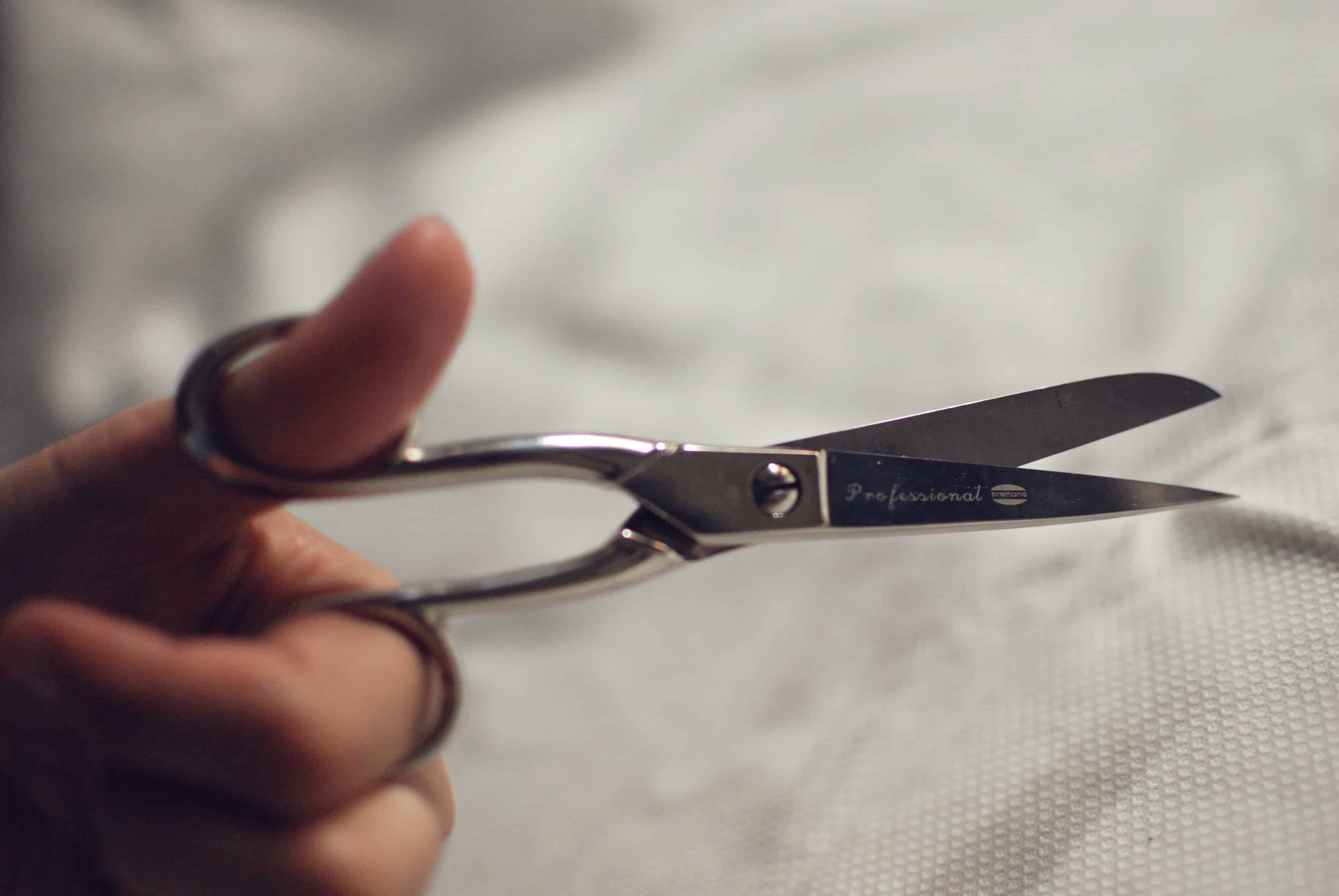 The trajectory of the stroke on the biceps/triceps can be:

Guntings can be done in several ways and direction:

The horizontal gunting the hand deviates and with the hitting hand makes a movement as if pulling a hook to the biceps / forearm / hand.

Scissor movement is used with a blow that goes to hit with the knuckles with vertical fist, hammer fist, etc.

It depends on whether you parry with your left or right hand on a Jab or Cross shot.

The vertical gunting of the hand that goes to strike makes an upward movement.

Often you see this blow with your arm stretched but it is a mistake because in the you risk the moment the attacker is withdrawing his arm after the blow to hit his elbow with his arm doing a damage.

In the gunting vertical the arm should be slightly bent and the fist rotated up to avoid hitting the elbow.

This gunting is typical when you have a very high guard.

The elbow gunting on fist consists of directing the opponent’s fist towards the elbow by driving the fist with a pawas towards the bent elbow of the arm vertically or horizontally or diagonally, this depends on the position of the guard and arm.

The elbow that goes to strike can be:

The knee gunting consists of striking the attacker’s fist with the knee of his foot, lowering his fist to approach the knee.

Foot gunting consists of hitting with the toe of the foot under the bicep lowering the punch to bring it closer to the shot.

Guntang is a direct punch to the wrist or direct biceps, so without the use of the live hand crossing by parading and directing the opponent’s shot towards my fist.

This is a variant without using the opposite hand that deflects.

Very useful to keep your distance is to create damage to the hands and arms of the opponent.

Very effective if you have a kubotan, a Palm Stick, apen, keys,a hard object, etc.

A very important step not to be overlooked are the shots that follow the gunting that can be different depending on what I want to do as hitting, projecting, escaping, etc.

✔ Shots in the eye with your left or right hand.

This is a very effective blow because it reduces or takes away the visibility of the opponent.

It can be a tip stroke or a blow to scratch the eyes with the thumb.

Example: After the Inside Gunting pull a hook tight plus two other Hooks in lightning combination, then grabbed the back of the neck and knee.

Example: After the gunting shot with the hand that parried shot a backfist taking advantage of the rotation of the body

Continuing with the same hand that pulled the blow and going to strike continuing forward with the elbow to the shoulder, the rib under the arm, the face, the sternum, etc.

The type of elbow is a choice, the idea is to use the elbow

Example 1: With direct elbowing. Inside Gunting Dx – Elbow Dx to the shoulder or face – Dx’s Hammer always to the face – Sx’s Elbow this time but with the right hand grabbing the opponent’s back

Example 2: With horizontal elbow turned. After pulling a hook shot to the bicibide I take advantage of the rotation of the hook to continue with an elbow turned horizontally to the face

Example 1: after gunting I pull a direct knee, or grab in clinch and go to hit with a knee the leg, genitals, liver or spleen, sternum, face.

Example 2: after gunting I grab in clinch and I go to hit with a knee the leg, genitals, liver or spleen, sternum, face.

✔ Kick on the low line

Example 1: After gunting I kick directly to the genitals or shins.

Example 2: After gunting he throws a direct kick on the shins.

Example 3: After gunting I kick the genitals to climb to hook and shoot back the leg (Indonesian silat technique) and after with the same leg I go to hit the knee going to unbalance the opponent/aggressor

✔ Push with foot on the opponent/aggressor’s foot

Example on gunting on Jab: I continue going forward putting the right leg behind the opponent’s thigh and with the right arm like a spear to cut along the face and rotate clockwise and project.

Example 1: On gunting on Jab Cross. Dakup on Jab or Waslik on Jab and Inside Gunting on Cross, I put the hand that hit directly on the face continuing the forward movement unbalancing the head back and projecting with a circular motion pushing with his foot his leg in support.

Example 2: On gunting on Jab, I put the hand that hit directly on the face continuing the forward movement unbalancing the head back and projectement with a circular motion pushing with his foot his leg in support.

Example: After gunting I continue forward with my head down to hit the chin/nose of the attacker.

It’s a very powerful blow especially by closing the distance

After gunting, I run the joint levers.

Here a number of possibilities open up. I will show you some of them, although I refer you to the chapter on dumog and the study of joint levers to explore the possibilities.

Here I will show you with some examples the most common possibilities:

There are many variants you can do like hitting with your head, etc.

Exercises to develop Gunting in a real condition

In a first step it is necessary to study the techniques by isolating the sequences and insert the continuation after the Gunting dividing them into several stages.

Isolating the technique and then adding the next shot or the sequence of subsequent shots, or projections, etc. but to develop the ability to perform the Gunting in a real situation it is necessary to adopt targeted workouts that oblige to follow the technique on an uncooperative opponent but protected so as not to suffer damage, and with the training partner who really throws punches to hit.

Gunting is a very important element of Filipino martial arts and that helps you develop the simultaneous use of the two hands at the same time.

It also allows you to work at a different distance of the blows going to work on the principle of breaking the snake’s tooth.