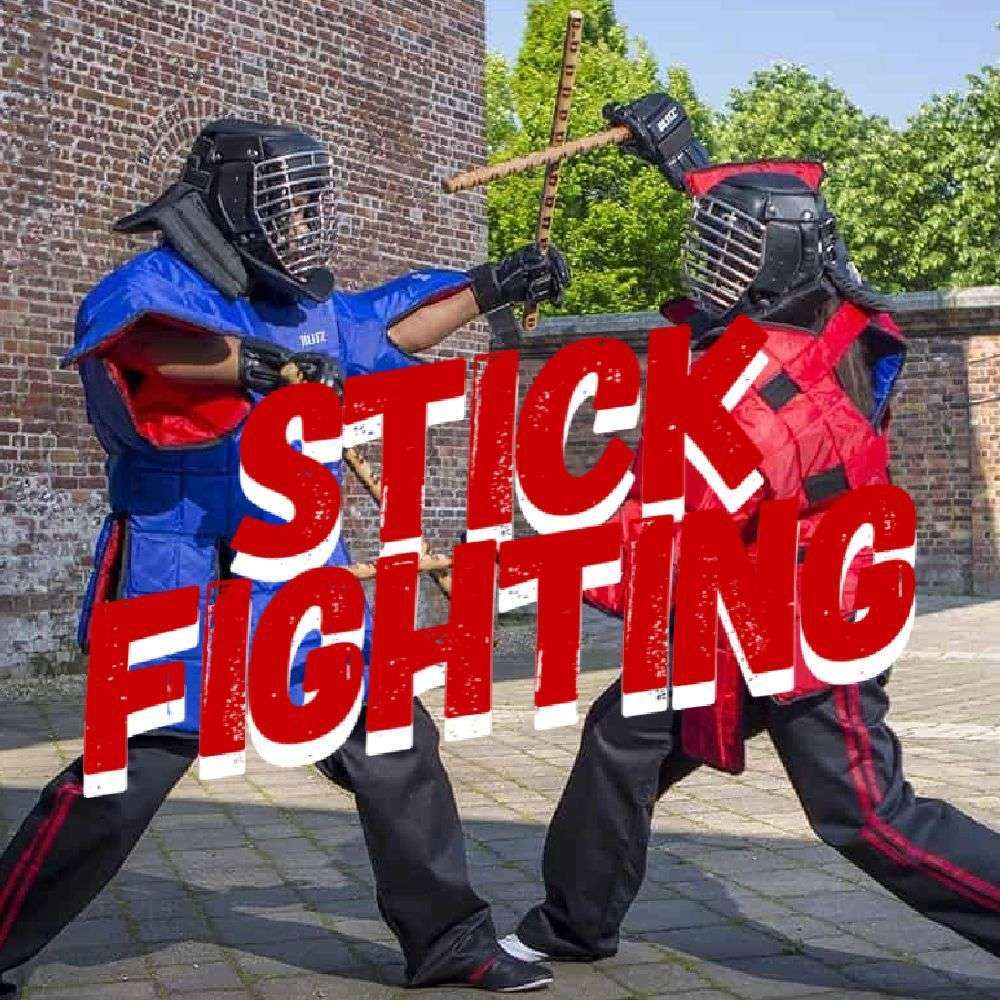 The sparring in Stick Fighting.

I want to call it stick fighting but it is a sector of Filipino Kali, Escrima, Arnis, etc. often you hear people criticize this type of style without knowing it but no one who wants to try to make sparring with an eskrimador even with rubber sticks.

Today social networks have allowed people to move their fingers on keyboards, already the mouth is more difficult and let alone enter a gym to confront each other in friendship to grow their art.

These contrasts are often more related to marketing and keeping pupils than to something real, especially when you claim to want to compete on issues like the stick with specialists in that field, or rather the first sector of Filipino Kali because there are 12of them, it is better for people to begin to understand that Kali is not the “stick” but also the stick.

In Filipino martial arts such as Kali,Stick Fighting Sparring serves to apply technical techniques and exercises in a context that does not cooperate with an opponent who does not want to be hit and who responds to your attacks.
Surely it is something to do progressively or in any case looking for a coherent progression of the skills of practitioners.

Sparring in any discipline is the only real training tool to understand and learn how to use what you have learned during technical lessons. 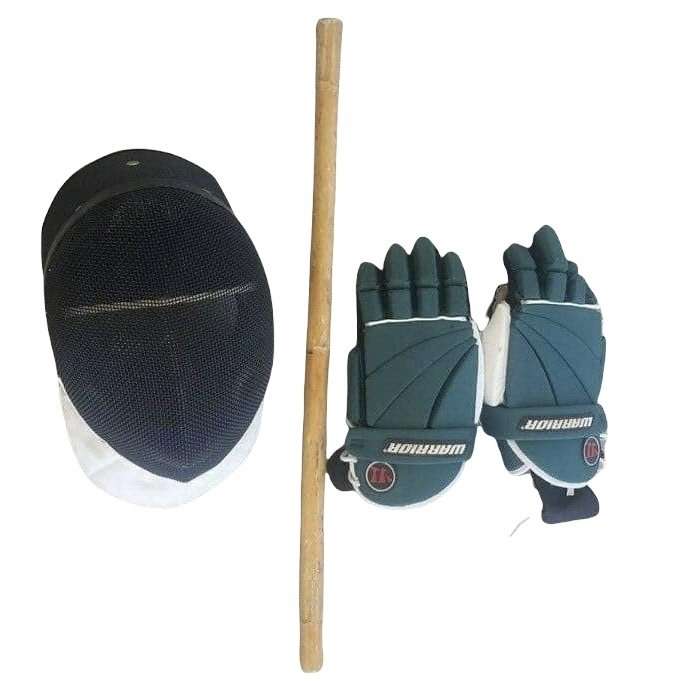 Advantages of the practice of sparring in Stick Fighting

It is the only way you have to clearly identify your qualities, your weaknesses, and understand where to improve the technique but also learn to work under pressure with an opponent who attacks and responds to you.

It’s combat, it’s not just movement, so it’s done by at least two people attacking inside a space and time with single or combined combinations, fake, cunning, speed, power, etc.

Sparring is a fundamental training part to get out of the typical schemes of the technical studio and fully understand the chaos of the fight until you find a sense of it and find yourself at ease.

Sparring allows you to learn how to make the techniques learned in training work in a non-cooperative context that are correct but need that additional step to learn how to actually use them.

Sparring makes you understand how to reduce telegraph movements, increases the sense of distance and timing (timing), agility, and improves the recognition of targets your opponent exposes.

Another important thing is that it teaches you energy management to stay efficient throughout the sparring time. 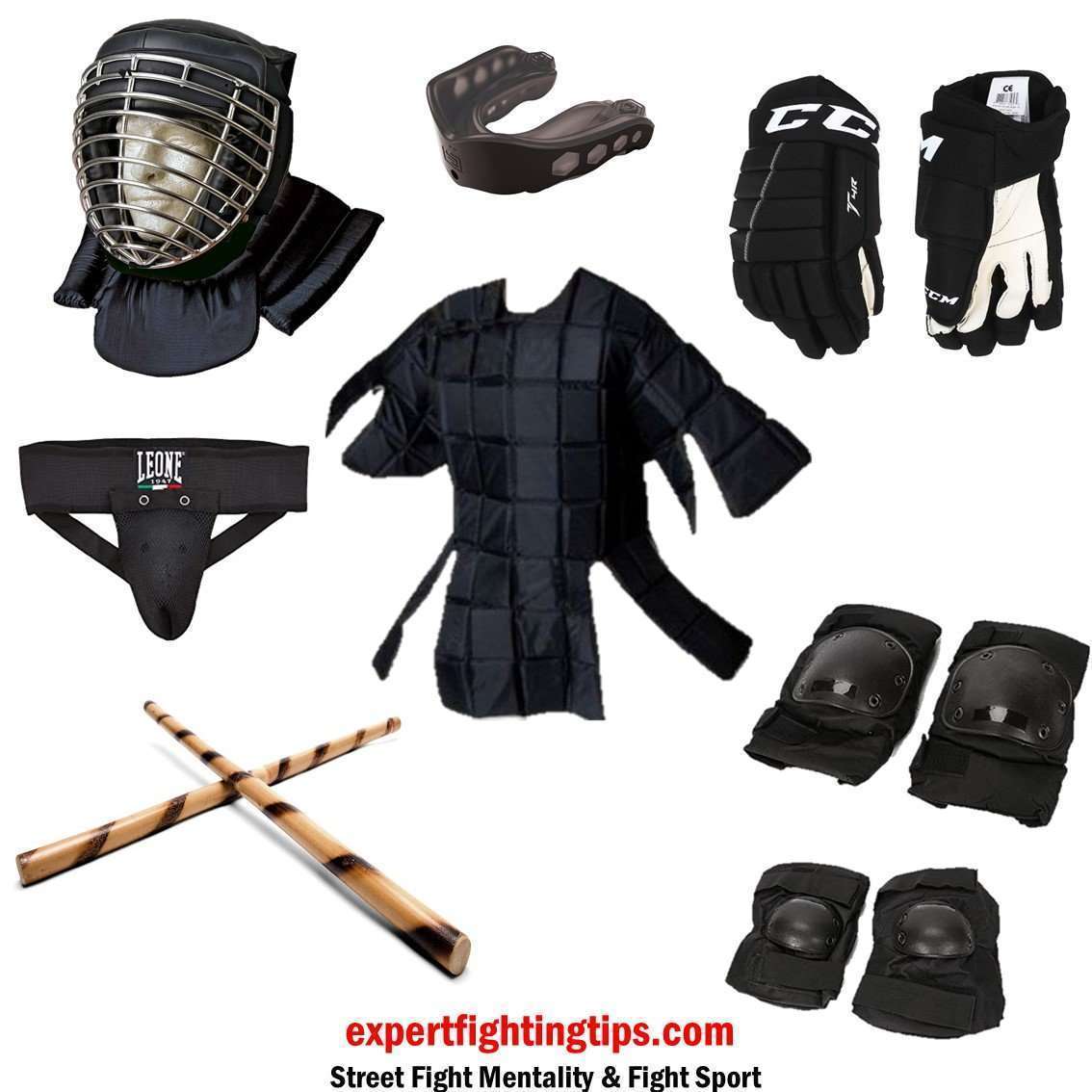 Then it is clear that there is the possibility of making a sparring with less protection but it is at your own risk.
The Dog Brother are an example of Stick Fighting combat with minimal protections, it depends on your objectives, it depends on the level you have, certainly a very formative experience that makes you understand how with a real stick and minimum protections everything changes for both fighters.
It’s like sparring with gloves and helmets or sparring without protection and with your bare hand.
It’s not something for everyone to do stick sparring like dog brothers do. 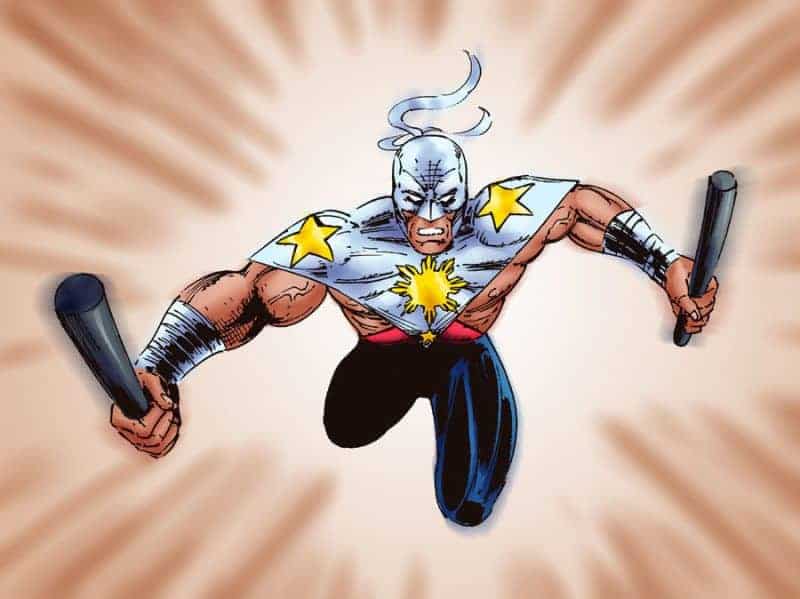 Sparring at a distance

This is the first experience for beginners who start working with an opponent who does what he wants in front of him.

Both practitioners are at a great distance from each other (also called Largo Mano Range), about 3 meters.

This is the safest way to perform combined shots without contact, trying the footwork of the legs, analyzing the movement of the opponent and the speed of the sticks for the development of movements and reflexes.

Both practitioners must focus on the attack, an aggressive approach and do not focus on defensive techniques because there is no contact but it is important to remain in continuous and constant movement of the sticks.

It is very important to move smoothly.

This sparring method allows you to explore and test the techniques learned by continuing to perform the same technician, or combination with a specific flow sequence or technical structure, in order to develop attack or counterattack capabilities.

This allows you to perform that sparring situation over and over again to internalize the learned technique.

So it is a sparring that takes place on a predefined track with a mixture of cooperation and competition in parallel.
It can take place at a long distance (Gamma Largo Mano), medium distance (Medium Range) and short distance (Short Range).

It is a sparring where they both know what to do but not the time and dynamics of attack and this forces while knowing what will happen to have a high level of attention and to develop a response time that is very important.

I use this type of sparring a lot to work and hit only specific areas of the body such as only the hand or only the legs, or by making the two fighters work asymmetrically, where one can hit the hand and the other only the legs, etc.

Usually this method is performed with the use of few protective devices, with limited and specific contact targets, in order to develop combat tactics, increase attack accuracy.

In this method of sparring the fights are short in time and stop when the goal is achieved, it can be any part but usually declares which is the target and works as if it were “a fatal blow” and practitioners repeat this process many times.

The aim is to develop the reaction speed and detect the opponent’s telegraph movements and go to a precise target.

You can play points for example who gets to 10 first.

I’ve already given you an example of point sparring with the knife where depending on the part of the body affected there is a value of points.

You can “play” points or time.

Points for example those who arrive first at 30 points or in time who has made the most points after 5 minutes and repeating multiple rounds with the same training partner or rotating with other fighters.

In this case the fight does not stop but is continuous.
In this method fighters constantly exchange blows, in order to increase realism and pull discharges of blows or not receive discharges of blows in combination.
It is important to get used not to the single shot but to a sequence that you have to manage to avoid taking a burst of blows.

In addition, continuous combat puts you not only under pressure but also a different energy management because there are no breaks until the end of the points or time.

This is a full contact comparison with the maximum protective equipment to work safely.

Rattan sticks are used, and fighters as well as hitting with sticks can hit with their hands alive, kick, stab (in the case of sword y daga),fight and fight on the ground with the stick.

It is a fight using all the weapons of your body! 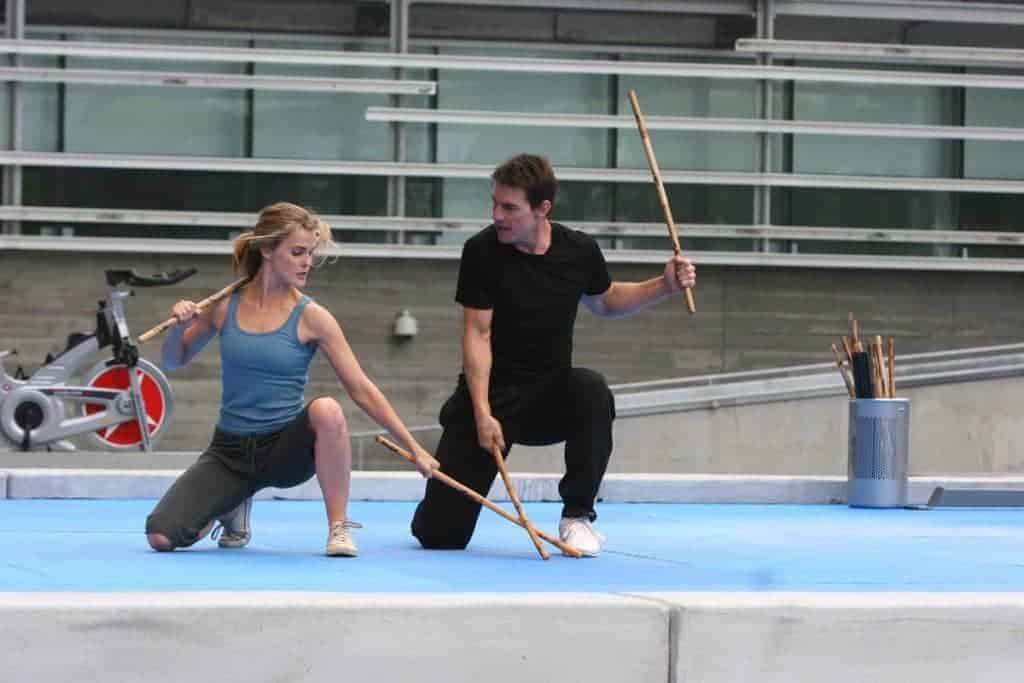 Stick sparring is an experience that regardless of martial art or combat sports practiced is to be done.

A must if you are a practitioner of FMA/Filipino Kali / Arnis / Escrima / Stick Fighting.

Surely you can not exclude the practice of sparring with the stick if you practice self-defense or any defense system because the stick like the knife is a very common tool and easily available even among improvised weapons.