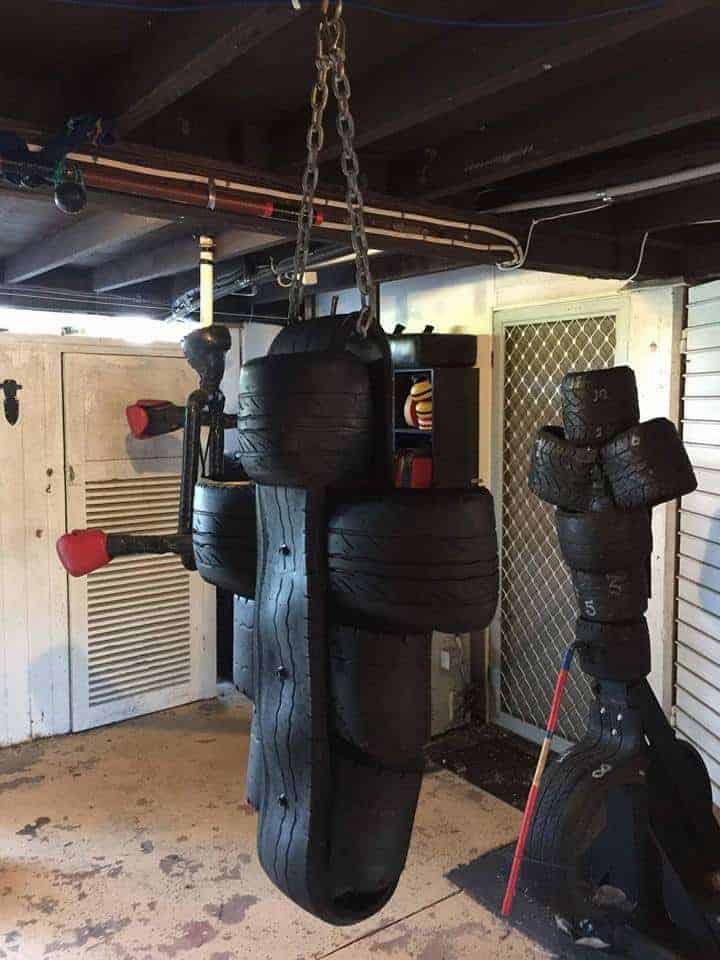 DIY Dummy with tires for training with the stick in 2022.

The use of tires in the Stick Fighting is part of the tools to train the combinations at full power both of stick, double stick, and knife.

Usually they are hung or held by the training partner, it is not always the maximum safety especially if it is a beginner who loses the sense of distance from the target.

With time and practice my advice is to build a real training dummy for stick fighting to hang like the bag or with a base, both solutions are valid depending on the spaces you have and with which you can practice in training only and with a shape and height that has human proportions.

This is not a luxury since it is something that can be built with recovery tires and basic equipment but that allows you to make more effective workouts, in terms of precision of the target to be hit, considering the targets of the human body.

The dummy used for some stages of Stick Fighting training is usually tires.

Now also call it FMA, Filipino Marial Arts ,Kali, Eskrima, Escrima with the C, Arnis but in the end this is a very effective method to be able to train the shots at full power for hours without damaging anything apart from your sticks.

In fact my advice is before you use the tires to tap the tips of your sticks well in rattan.

The tires in stick fighting represent the equivalent of the heavy bag for striking with bare hands!

Consider that you can’t hit a heavy bag with sticks because you’d break it.

There’s no point breaking a lot from Boxing or Muay Thai.

Remember that you have to use a real stick, you do not have to use rubber sticks or lighten. 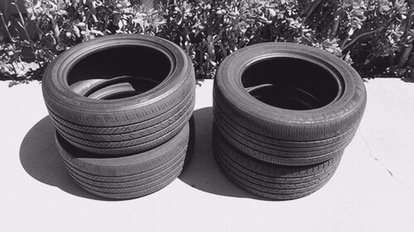 In addition, the tire dummy allows you to train with:

You have to train on a realistic target!!!

The problem is that tires are often used hanging or with a training partner who supports you as you hit.

I used them like this too and it is still useful but it is not like having a form that has the human appearance.

Do you want to take a leap of quality?.

Build or get someone to help a dummy with the human form because this simple tool makes you work properly. 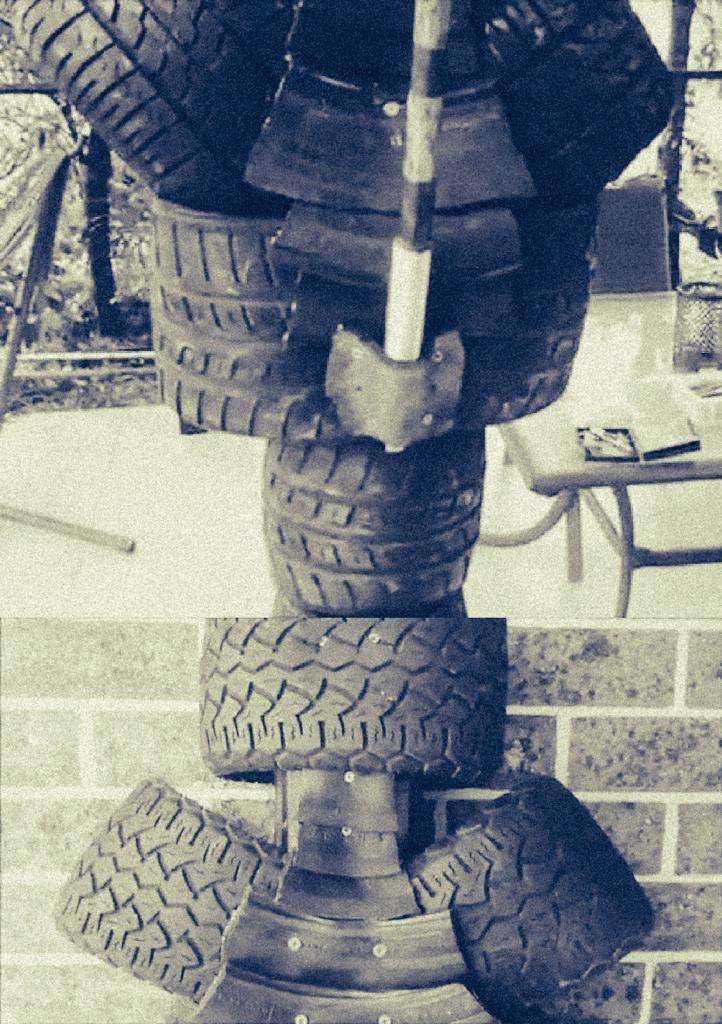 The use of car / motorcycle tires allows you to try shots and combinations at maximum power but has a limit, as I told you they do not have the human form and therefore the shots are not focused on the vital points and joint joints of the human body.

The movements you perform when you make vacuum or work on targets that don’t have human appearance they’re actually often off targets and the
Kali / Eskrima / Stick Fighting
, call it as you want is also done precision if you want to do damage and not only burns, which hurt certainly but they don’t stop a determined and adrenaline-laden aggressor.

As much as you pay attention to it if you don’t work on “human” targets, you’re not sure you’re hitting primary targets.

This approach allows your movements to be internalized and developed with correct trajectories.

When you find yourself using the stick you use it with the precision necessary to make your every shot effective.

This type of exercise is also part of the conditioning for fighting with the stick.

In addition to exercises on tires in training only clearly there are many exercises to develop precision, and actually the use of tires serves above all for the power of the shots and to feel a target that stops your stick but this is very useful to learn how to do it “continue” or “bounce” with fluidity to create a continuous vortex of blows.

But when you build a dummy with the human physiognomy you can also work on the precision of the shots and personally I prefer the hanging version because the movement of the dummy allows you to work a lot on the footwork to go to the pre-established target.

Clearly it’s not like doing precision work with a training partner with full protections and who moves but some things at full power are difficult to do for hundreds and hundreds of times without your training partner starting to tell you enough.

Now even if the tires do not have the function of developing the accuracy of the shots actually if done on specially designed and built dummy allow you to work on this aspect as well.

Consider how I told you that to be precise you need a moving target more than something static because that’s what happens in reality, but you can hang the dummy like the bag and not use a base on the ground, this is my advice but in any case to be precise also for this aspect many exercises used in fencing also come to the aid and that I personally also use for short knife fencing.

Building yourself a dummy for stick training only is what you need to do to properly train the shots in the Stick Fighting.

Many do not use tires but it is a mistake because it is like training striking without doing the heavy bag, or using pao, focus mitt, or not sparring.

The tires are training exercises that you can do for hours using sticks, knives, bare hands,etc.

In addition, dummys built with tires can also stand outside without running the damage, which you can’t do with a heavy synthetic or leather bag if you want it to last over time.

Lately I’ve been using rear motorcycle tires to compose dummy because they have a softer mix and the roundness is more like some parts of the body.

So I compose and use different tires according to the part of the body that I need to compose the dummy.

Train as you should in 2022! Have a good workout with the tires.

If you want advice on how to build the dummy or you want me to publish the photos of your dummy that you have built send me an email or write it in the comments.