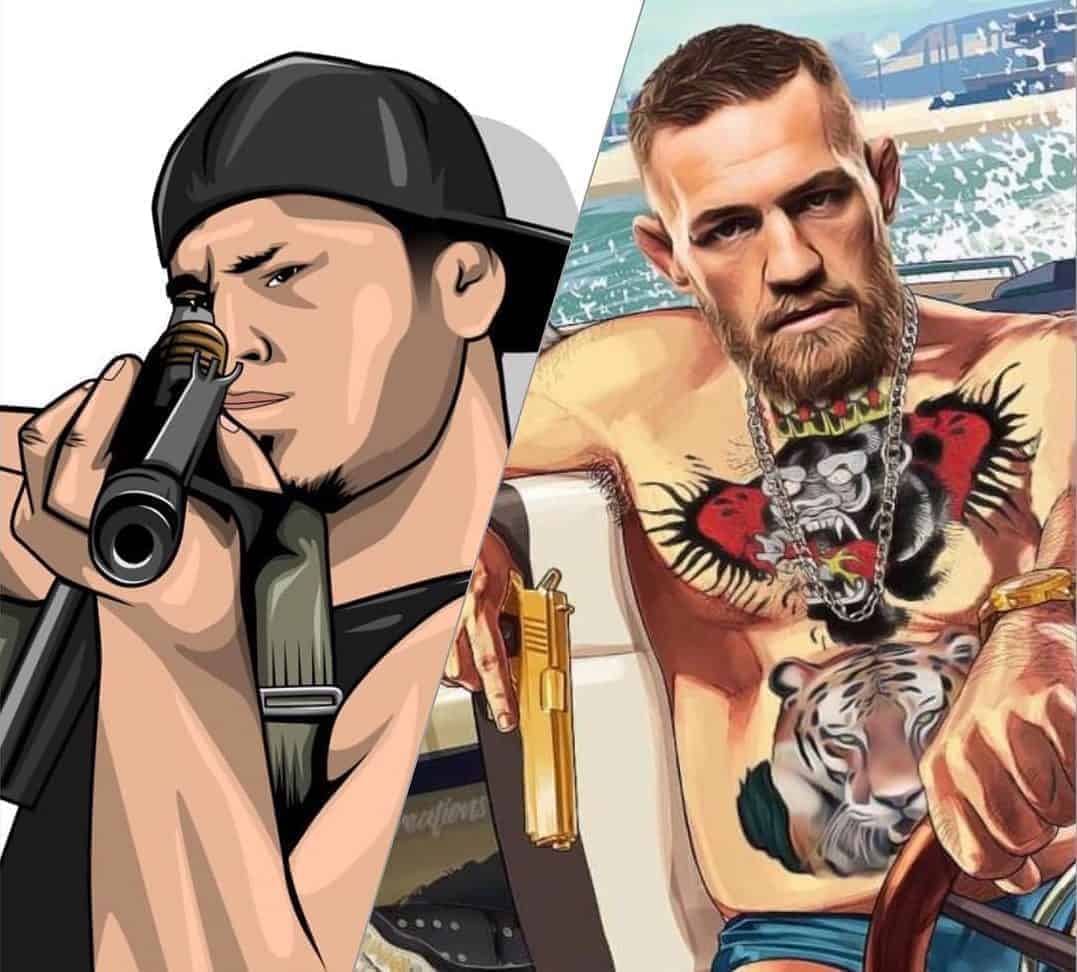 Street vs Sport, the debate continues!

Already on this topic I talked about it in a post a few years ago “Street Vs Sport, the false problem that divides” but it seems that it is never enough.

Every time the usual discussions appear again, which I never participate in because I get bored especially on the forums on martial arts where these days I read that this debate always remains open.

I find this approach, so unrelated to the two areas, absurd, that clearly they are different and require different training methods but that in the case of self-defense, to be effective must be tested through sport and its methodologies plus the variables that are inherent in the street as: 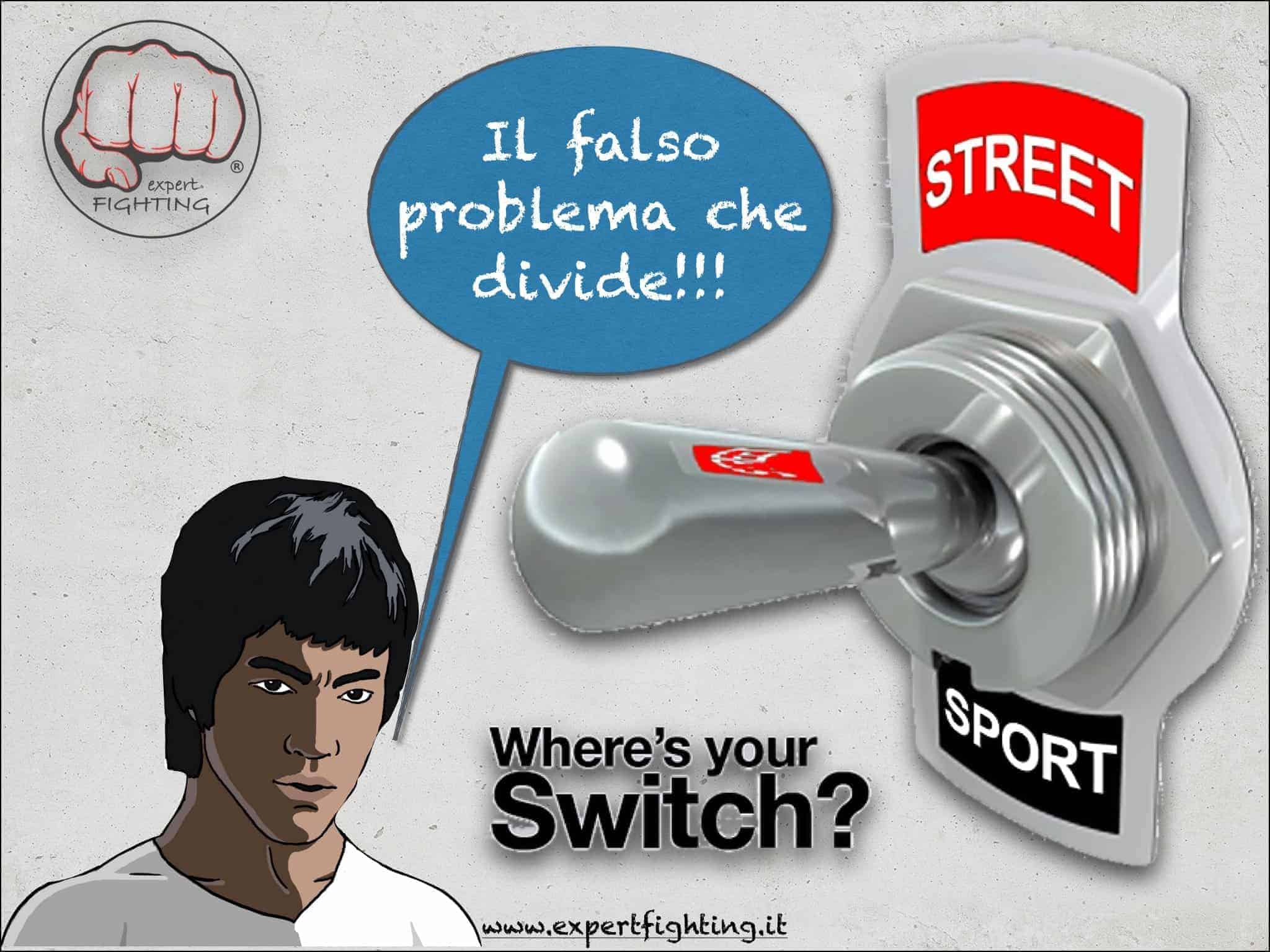 Every now and then it feels like going back to the 90’s, I was a kid and when the first forums on the internet were born still with the modem very slow and everything to text without graphics and were becoming popular the discussions of “street vs. sport.”

In those years Matt Thornton and Burton Richardson were two of the greatest advocates of sports-style training in terms of self-defense, it was still the beginning and they still didn’t have the clear ideas but they sensed that this was the right way not to end up in the supposition and technical simulation.

With the first UFC in 1993, people saw how grapplers and mixed martial artists were destroying traditional martial arts artists on the ground.

After almost 25 years, MMA has also changed and today’s martial artists are very different from those that were only 10 years ago.

Needless to say, practice and sports competitions make art evolve,making it dynamic and adapting it, evolving it not only from a technical point of view,but of training methodologies, athletic preparation and equipment.

Most traditional martial arts practitioners wanted to close their eyes and not look, they pretended that their traditional styles were more effective than those that had adapted to the reality of combat.

Their mistake was not adapting to what the real dynamics of combat are, making their art remain still that surely deserves more of this closed and obtuse attitude.

Those who perched on traditional styles often used the “street vs. street. Sports” claiming that their style was designed for the street where there were no rules and were too deadly their techniques to be used in the ring.

These arguments went on for years, and the crowd of traditional martial artists mostly lost for not being able to adapt to the right change that was taking place while maintaining tradition.

An example in MMA is the champion Lyoto Machida who comes from the Shotokan Karatè who still teaches, but there are others such as George Saint Pierre who comes from the Kyokushin Karatè, managing to bring together the tradition and adaptation to the martial evolution that was taking place.

The training methods and the approach to art have evolved a lot but few have understood it and not only in traditional martial arts. 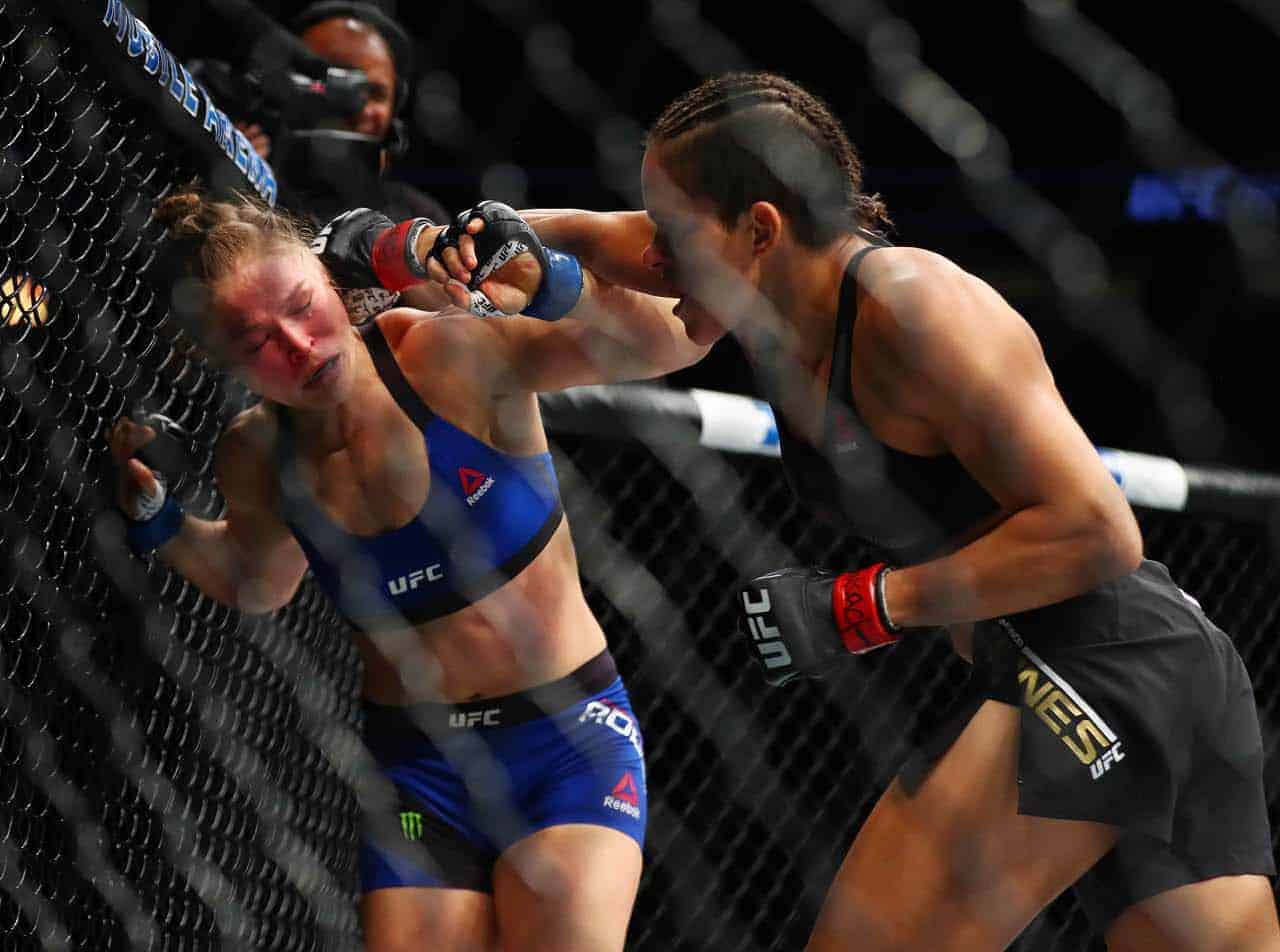 Since then MMA has become increasingly popular and most people today consider traditional martial arts with a modicum of skepticism, usually rightly.

Even those who do not turn to MMA still practice Muay Thai or Boxing , except the Brazilian Jiu Jitsu but has increasingly distanced themselves from traditional methods except for a personal passion of study that anyway respect because it must be a pleasure the practice but must never contain illusions or lies .

MMA training and training in sports that typically make up MMA (Boxing, Muay Thai, wrestling, BJJ, etc.) are the best there are.

In these styles people train against opponents who fully resist, there is no cooperation.

Most training in traditional martial arts but not only, on the other hand, often involves performing solo drills and drills with established partners.

This workout doesn’t prepare you for real fights.

If you want to learn how to fight, you have to train against opponents who do not cooperate and resist completely.

You have to do this in all workspaces (standing, from clinch, on the ground and the three together). 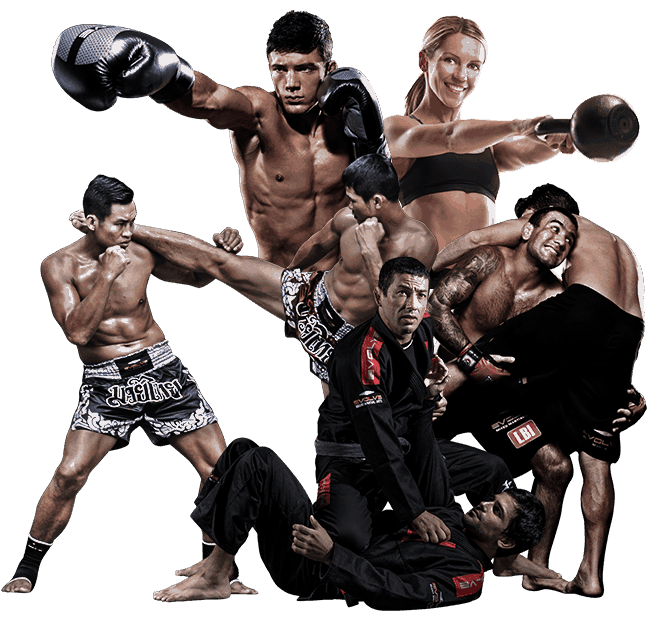 The second reason traditional martial arts (TMA) practitioners are often easy to beat for MMA fighters is because of their poor technique.

When training is unrealistic and you only train with members of your own style, you develop very ineffective techniques, which do not work under the real and uncooperative pressure of an opponent, with different dynamics, angles of attack and timing.

Ps. Bruce Lee was right with his intuitions, he was a forerunner of MMA.

Now I wonder why use training methods developed hundreds of years ago and still use them today with all the knowledge that is there today and the possibilities? Not evolving art has made them unsuitable for what combat is today. 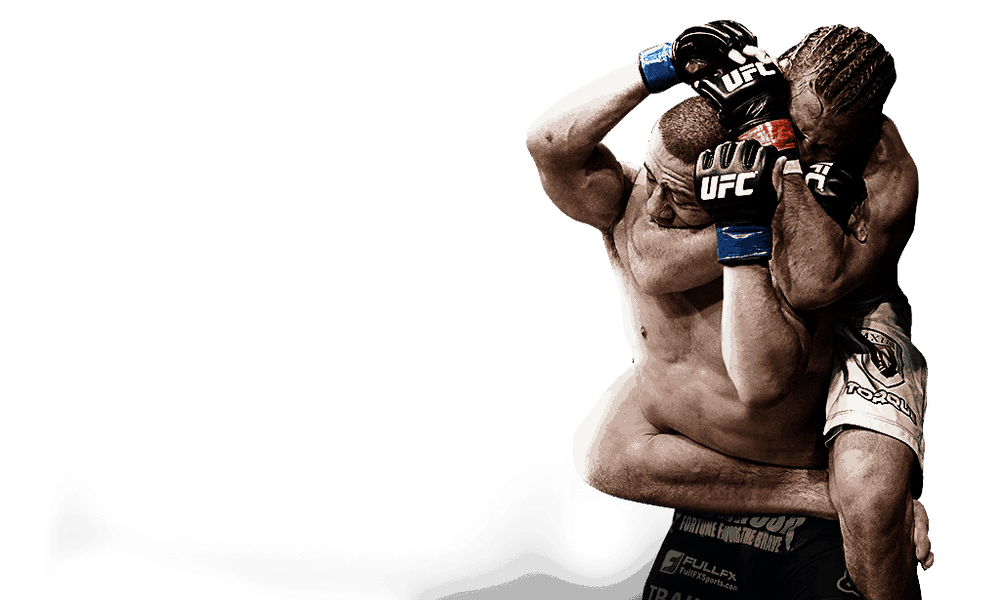 The block parades of traditional martial arts and freeze techniques

This will not work in a context where the shots are in combination and with different rhythms and dynamics.

Both the single shot and the above block are excellent examples of the horrible techniques that evolve following an unrealistic workout, not to mention the complete lack of footwork.

Who attacks you with a single shot? and that maybe you already know what shot will pull you? I find it absurd as a martial approach in 2019.

So again MMA is the best, and the street vs.sport argument is resolved?

No, you can’t fix it that fast!

Just because many of the people of traditional martial arts and who use “the road” against the sporting argument and do not know how to fight does not mean that the topic does not have at least partially valid reasons for diversity between sport and street.

Like everything, it’s not black or white, but it’s a set of shades. 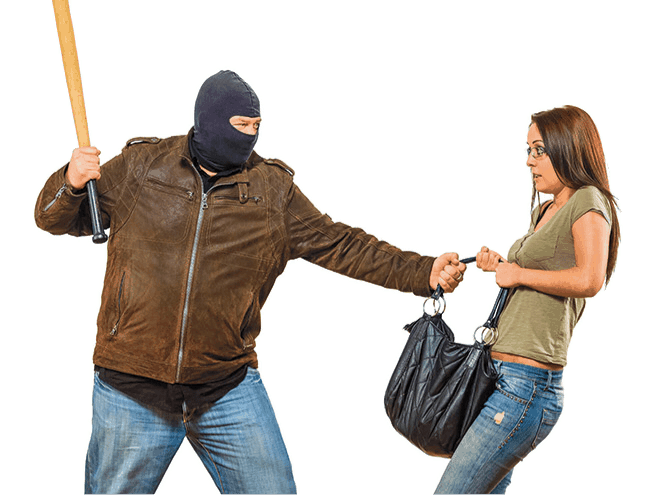 Why is Street different?

Street personal defense is the real MMA and requires several components that sport does not consider, and these make a difference in the real world.

The most important of these are awareness, deception, dirty tactics/techniques and their own/improper and improvised weapons, the environment, etc.

Awareness is not taught or trained in MMA and combat sports but is extremely important for self-defense where fighting is the last solution.

On the blog I talked a lot about prevention issues because I repeat in self-defense the last solution is the clash.

Deception and surprise are extremely important for self-defense and, when combined with the use of more harmful techniques and weapons, can give a smaller, weaker and less skilled person the ability to beat a bigger, stronger and more unsuspecting sports fighter.

MMA fighters can of course learn to be more deceptive and use more harmful techniques, many are capable of it because their training is not only related to the gym but where they grew up as children.

But for many of them since their training does not require it, they generally do not practice with dirty and illegal techniques of their sport, and generally are not prepared to defend themselves against them from illegal attacks, weapons, etc.

Clearly they are trained athletes and fighters but there is a fundamental concept that you need to remember.

Fight for how you work out!.

There are rules in MMA and every specific combat sports competition, but that’s not the case in self-defense.

Try reading the UFC’s rules regarding everything that’s forbidden to do, that’s if it’s dangerous for athletes of that caliber to imagine for a normal person.

Faster and more effective self-defense techniques are illegal in sports combat and this changes the way people fight.

The rules in sport

The game of legs that can accompany a blow with your fingers to the eyes (finger Jab) or a slap/kick tip to the groin, for example, is not very effective or useful in MMA where you are disqualified, or where there are protections, etc.

In MMA and Sport there are weight classes, and a 65 kg woman has very little chance against a 100 kg man, largely due to the technical limitations of sports combat.

The typical sports-style workout completely neglects the most efficient and effective techniques, along with the tools that make them work best where for example the 65 kg woman sprays the pepper spray to the 100 kg man and hits him while he does not see with his shoe with the heel that has taken off to run faster.

Perhaps the most important distinction is, however, the use of weapons on the street and the presence of more aggressors. 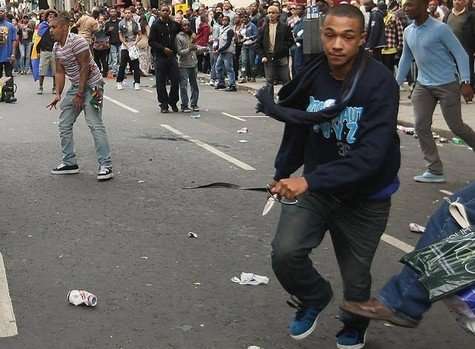 In sport there are no weapons

In MMA, it’s not just weapons training, but the techniques and positions that are trained often lead an MMA practitioner to be more vulnerable and exposed to weapons attacks.

In self-defense, the use and defense against weapons should account for at least half of the training.

It is highly unlikely that a person will be attacked by a single attacker who is smaller, weaker and unarmed.

The use of weapons for self-defence leads to a huge advantage and the ability to defend against them is paramount.

Another very different aspect is related to the dynamics where in sport it is more duelistic while in a clash or violent aggression it is an attack without pauses and this is where the skills of footwork can save you as well as the technique and defensive skills. 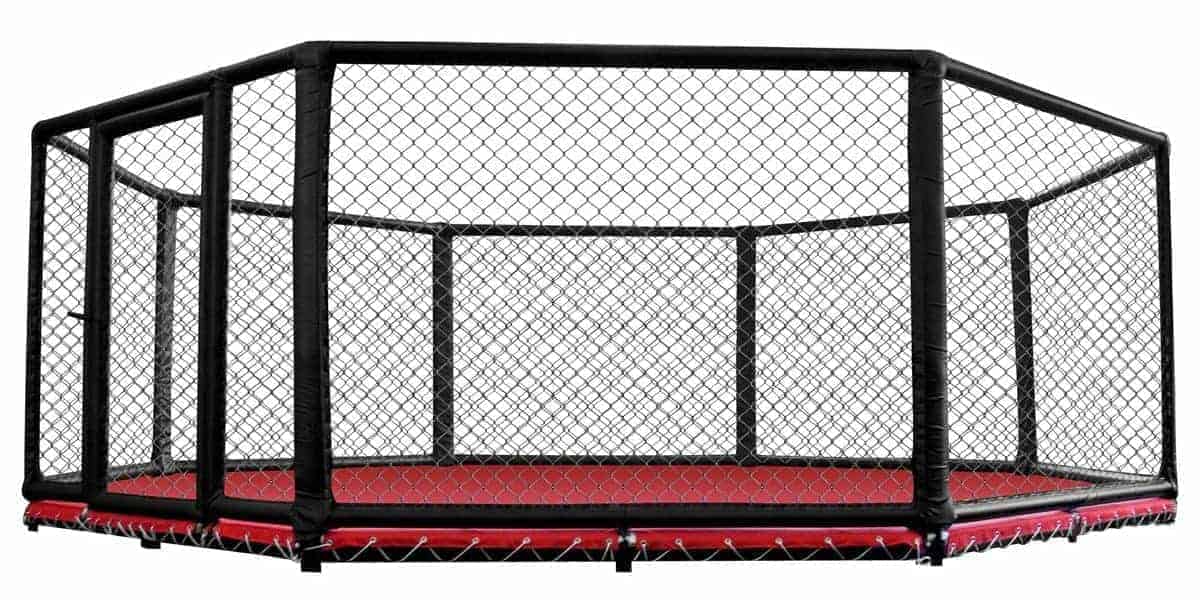 MMA training is top notch and all self-defense professionals should take the same approach to training.

On the other go, MMA is severely lacking in areas of awareness, deception, two or more against one, spaces, dirty tactics although here there would be some clarifications and cutting and firearms.

The solution is to combine the strengths of both, ending with the most efficient and effective armed and unarmed techniques, with realistic training and a winning strategy involving awareness and deception.

This is reality-based self-defense but the problem is often that the expertise of those who teach self-defense in combat sports is really poor especially when it comes to MMA where there are different areas of expertise and some like the fight that have a considerable educational complexity.

That’s why I’ve often told you that you have to study areas of the industry and not do whatever if you want to learn well even if it’s not easy to find places that have multi-disciplinarity.

The road is the real MMA but you need the sport to test your real skills!

Street vs Sport is still a false problem that divides.