Both competitive wrestlers, but also serious practitioners, follow each week technical training, free-body movements and with functional athletic preparation tools, and rolling that is much practiced more than in other disciplines that makes the body strong, explosive, agile, flexible and make the physique sculpted and lean but this happens if there is also a proper diet.

Training is not enough even if it clearly plays a key role!

So to say that fighting makes you lose weight is true but if you enter into the flow not only of the fight but also of the lifestyle that is typical of wrestlers.

What’s different for those who practice competitive wrestling because it means to devote ourselves in addition to the time for technical training, rolling and specific exercises of enhancement and for the increase of strength also a correct diet that also means important sacrifices because often you also find yourself doing even if for short periods compared to other sports such as MMA or Boxing the famous weight cut.

The time that passes between weight detection and the match

Consider that it is a different weight cut that is often done in wrestling tournaments because the weighing usually takes place 2 hours before the fight and not two days before or a day before as in the UFC or boxing where there is therefore enough time that allows you to hydrate and eat more meals before the match to restore the energy levels necessary to face the match or competition , therefore if you weigh yourself 2 hours before the race you do not have time to eat, drink liters of water and make the race, you would be without strength and energy for the fight.

For this reason the fighter must already be practically in the right weight of the category in which he wants to participate with a maximum of a couple of kg more, there can not be a cut of the weight as in MMA or Boxing of 8-10 kg that are even dangerous practices to the point that some federations other than UFC such as the ONE Championship adopt different weights.

All this inevitably leads to an improvement in one’s personal aesthetic appearance.

Clearly you don’t have to compete to follow the guidelines that follow theagonists in the first place to learn how to fight well and also to get the benefits in terms of slimming if that’s also your goal.

I repeat a fundamental concept for any sport:

Nutrition for this kind of sport is essential.

If you practice the fight seriously it is easy for you to train every day and you have to be careful how much and what you eat before you go to training.

If you eat too much or badly before training you arrive on the weighed, swollen tatami, and with little energy and is not the condition to train properly.

One of the most common mistakes made by those who want to lose weight is in fact to eat little to lose weight but here you also have to fight where you take the extra energy the less you eat the more your metabolism slows down.

These concepts are now known and widespread should be clear to you by now if you want to become thin and strong:

To fight you need energy, so eat in quantity and well.

Divide your diet by making 5 or 6 meals a day as needed; This way you have both maximum energy and top metabolism!

If you eat properly and in the right amount your body does not tend to conserve energy, because it has the “tank” full, has a lot of fuel and can push into the accelerator all the way that results in training intensity, and coming to have a dry but full physique with muscle tone, strong and robust.

You’re taking advantage of the metabolic effect of food by eating more meals a day instead of the three traditional meals.

Those who do low-calorie diets for prolonged time are people who appear unloaded, undernourished who follow the philosophy of deprivation (typically people who do not play sports) and are lean certainly but with a slow metabolism indeed very slow, because their organism desperately tries to retain energy that is necessary to survive.

This approach makes no sense and is not sustainable for a long time even if there are also those who succeed but the appearance is undernourished.

So the mix of fight and nutrition makes this union a success!

In addition, fighting is an incredible waste of energy! 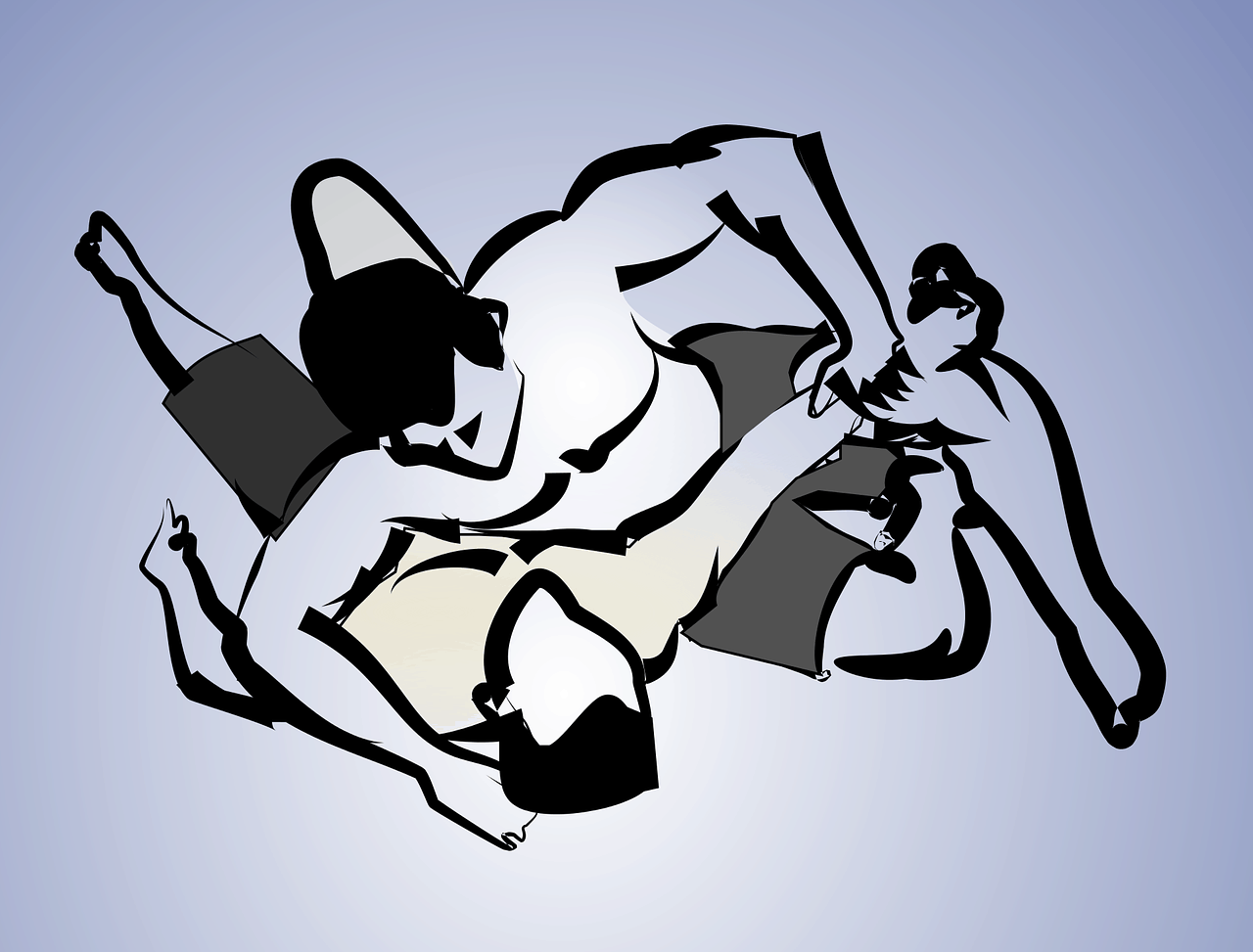 Struggling to lose weight through rolling

In the practice of fighting in addition to technical exercises there is a lot of room to the practice of rolling that is sparring in the fight and that much is done in the wrestling classes, whether it is BJJ, Grappling, etc.

Whether it’s free or easy, it’s still a non-cooperative way of training, so it really leads to competing with your training partners as if you were doing a race but clearly without that psychological pressure.

Through rolling you try the techniques, you train, you learn to apply techniques really, you learn to defend yourself, you have fun (which is very important) and of course that struggling makes you lose weight.

Rolling is a highly expensive training method for the athlete and allows you to greatly increase the metabolic rate.

It is a way of training that recruits many muscle groups and the techniques are made with great explosive energy, intensity and speed.

The higher the metabolic rate, the greater the amount of calories burned and the easier it will be to lose weight.

But the advantage of doing a high metabolic activity is that you lose weight while you train, but especially continue even after training, thanks to the resting metabolic rate(RMR).

The resting metabolic rate (also called RMR) is the rate at which your body burns energy when it is at full rest.

You can calculate your resting metabolic rate to see how many calories your body needs to perform basic functions such as breathing and circulation.

The metabolic rate when you lot not only increases when you’re on your tatami and you’re struggling but it stays high even for a number of hours after training, for a certain period of time.

By increasing the metabolic rate even when the organism is at rest, its daily energy expenditure greatly increases.

Rolling is part of those types of activities defined as aerobiche and high intensity that is ableto significantly increase heart rate and breathing to levels that generate conditions to speed up metabolism and therefore also lose weight.

In motor sciences, an aerobic exercise is a gymnastic-conditional activity in which oxygen becomes a crucial part of the ATP resynthesis process.

Physiologically, an aerobic exercise becomes such when the stocks of muscle glycogen are no longer sufficient to allow the re-transformation of pyravivic acid into ATP.

For this reason, an exercise begins to be aerobic only when the effort is prolonged for more than 3-4 minutes; a fully aerobic exercise is a prolonged effort for more than twenty minutes or so.

In the same unit of time it takes less energy than an anaerobic exercise, but being these protracted for longer allows you to consume more energy.

The intensity of training and the duration of rolling

If you increase the intensity to 100 in fact (as in the race), you can fight only for a few minutes, negating the cardiovascular benefits that you can get from this type of training by doing prolonged sessions.

The more you are trained, the more you can fight at high intensity for a long time which is an important goal!

Struggling to lose weight and struggle makes you lose weight if you train seriously and follow a diet.

If your motivation is just to lose weight you would never hold up the wrestling workouts, the motivation to learn a fantastic art like wrestling requires a mental strength that not everyone has, so the reward you receive if you apply to learn and face the hard workouts the rewards you will receive will be more than rewarding beyond the physical aspect.

Definitely losing weight is an important reflex that comes as a result of marrying a fighter lifestyle, somehow a reward for your commitment!