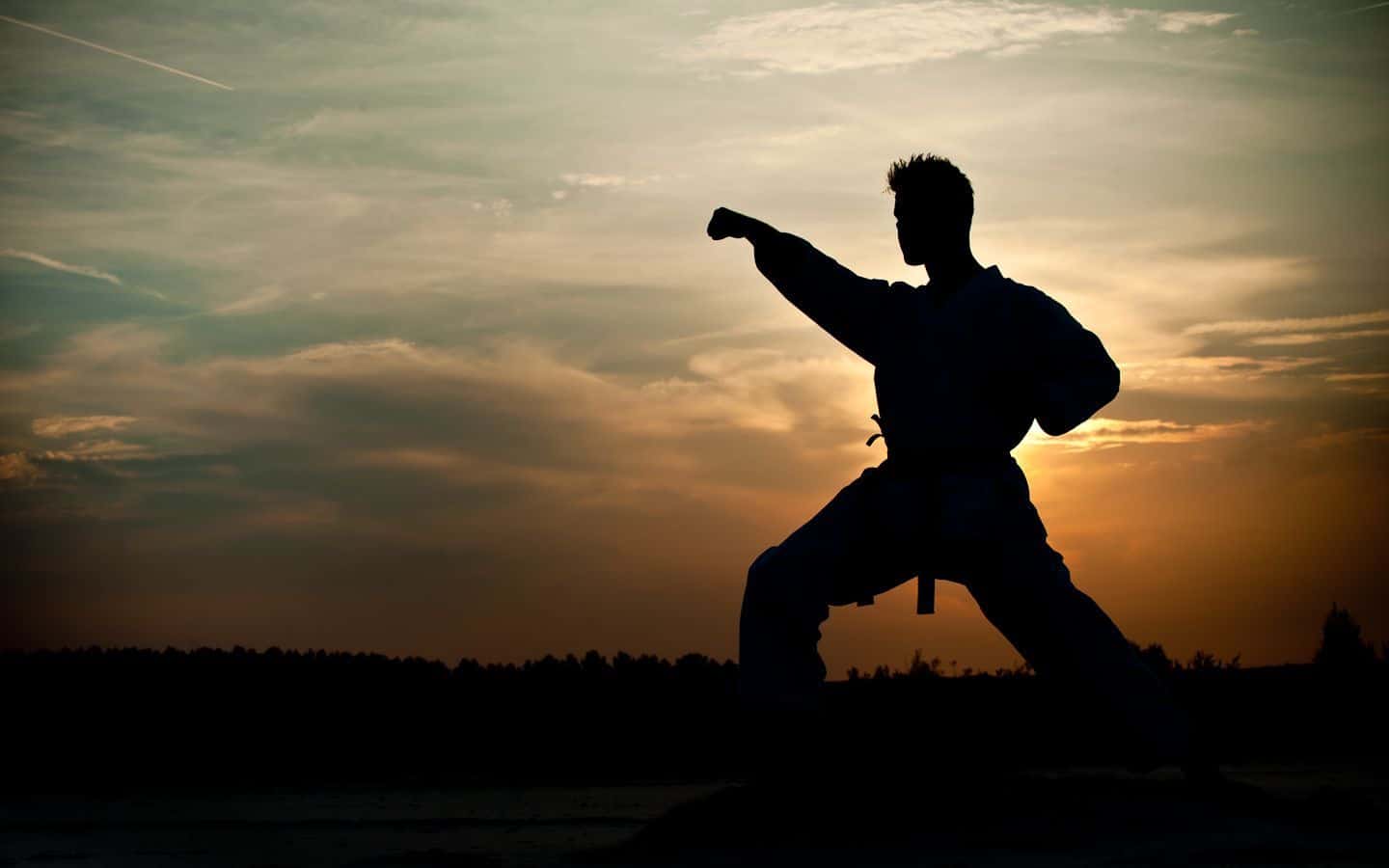 The 20 precepts of Gichin Funakoshi Karate are a very important legacy applicable to many arts.

Anyone who knows me personally knows that my first experience in martial arts as a kid was in karate shotokan and that after a short time (the thing makes me laugh given the young age I had talked about time) I abandoned this path because of my curiosity towards southeast Asian martial arts (Philippines, Thailand, Indonesia) and for fighting systems (Submission Grappling , Brazilian Jiu Jitsu), but there are aspects of karate that I still appreciate regardless of my personal choices.

The spiritual, moral, ethical teaching of this martial art has the correct vision of the martial spirit that goes beyond the hours spent in the “gym”, but it is a culture of life, a philosophy based on fundamental principles to be a great human being and go even further.

This approach is also present in Filipino martial arts (the 12th sector), Jiu Jitsu and many other martial arts where personal research goes beyond martial art itself but is something broader, a lifestyle.

Now we will also see Karate at the 2020 Tokyo Olympics, too bad that there is no Brazilian Ju Jitsu yet.

My approach and blog compared to traditional martial arts

Those who follow the blog know that my approach to martial arts is without presumption and prejudice even though I clearly chose my own teaching and personal training path that is not in traditional martial arts.

At the same time, however, despite being not directly interested I can not stand those who exploit other martial arts to say that only his is beautiful and works or who puts too much marketing inside the martial arts leveraging on the weaknesses and insecurities of the people.

This game that definitely brings customers, is dangerous and not close to martial spirituality.

Ps. “Dangerous” I also say this because martial art is practical, therefore if you have to prove that your system is what it says would serve real combat challenges, but the truth is that there is no system, but an educational method that develops attributes with a focus on the martial art practiced to develop specific approaches and characteristics by giving emphasis to certain shots and combat strategies.

The attributes and skills, which for some you build by learning and studying art and for others you bring them out by “sharpening” them because they are already hidden inside you (talent) but regardless of your case this I want to tell you, often not to say always it is the person who does the difference not the art practiced, and those who are experienced and often fights in the ring or sparring know how true this statement is.

A good training method, an educational program that takes into account your physical and mental characteristics leads to make a difference but I laugh when I hear the names of the “new” martial arts with names and logos from film.

Unfortunately there are no new “enlightening” martial arts as may have been the Jeet Kune Do which was a real study of combat, something scientific as approach and innovative in that period to the point of anticipating the times.

Never believe those who say that only he has the correct solution and method and that others are scammers, who do not know, that he has the ultimate method, etc., it is only marketing, self-advertising.

HAVE NEVER HEARD great masters do this?.

People who know do without needing to celebrate themselves.

I speak to you in my field of interest of the likes of Dan Inosanto, Erik Paulson, the Gracie, etc., they never played to denigrate others but demonstrating and when they denigrated someone they always did it openly, always putting themselves inside a ring and a cage, then again ZERO words but only deeds.

To accept this you need to know your fact, but the certainty that you must have is that martial arts, whether they converge in sports or personal defense are something so wonderfully simple and complex at the same time that one of the foundations has always been humility, because both the speaker and the speaker will be defeated.

Those who practice really know this, even the super champion has known defeat, so talking serves only to bring closer to if the insecure or the researchers of magic wands and that is why the Karatè and the 20 precepts of karate still last after hundreds of years, because it is based on values and does not leverage the hopes or false certainties that you will find in the last method or system with the last high name to make you excite , but it gives you a path, IT GIVES YOU A NEW DIRECTION OF LIFE.

Now whatever martial arts you practice there are thoughts and indications present in other martial arts that are important as values, as approach and as a spirit even if they do not belong to YOUR martial art.

One of them is the 20 Karate precepts I want you to know.

There is no need to invent new martial arts that explain things already present in other martial arts, it takes deep respect and humility in this world. 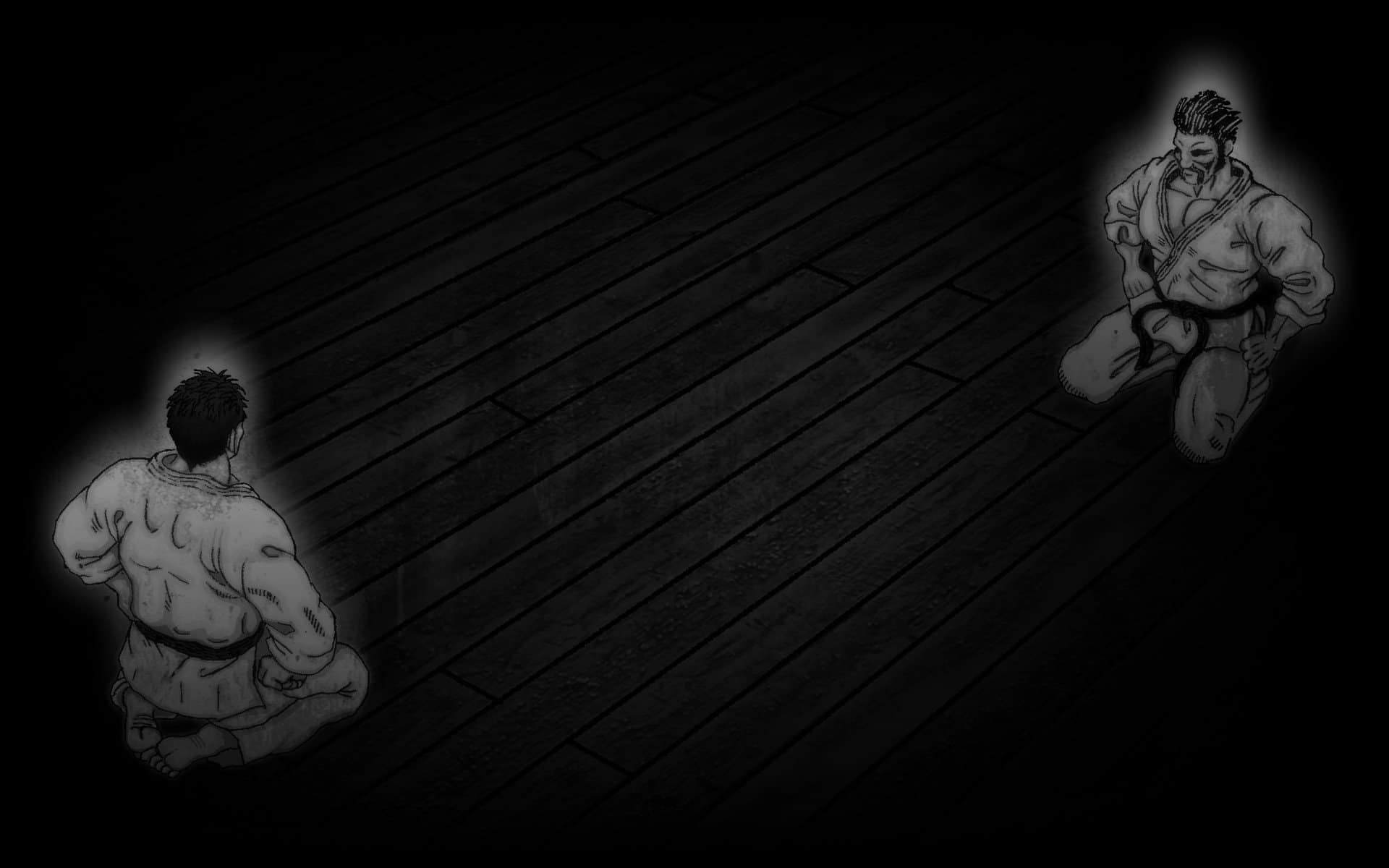 2 – Karate Do ni-sente nashi : Karate is not a means of offense or harm. Those who truly understand karate never allow themselves to be easily dragged into a fight, because a single shot can be a matter of life and death. Karate does not take the initiative of the attack.

3 – Karate is righteousness and gratitude. Those who study karate must not only seek the perfection of the technique. Karate is a complement to justice. 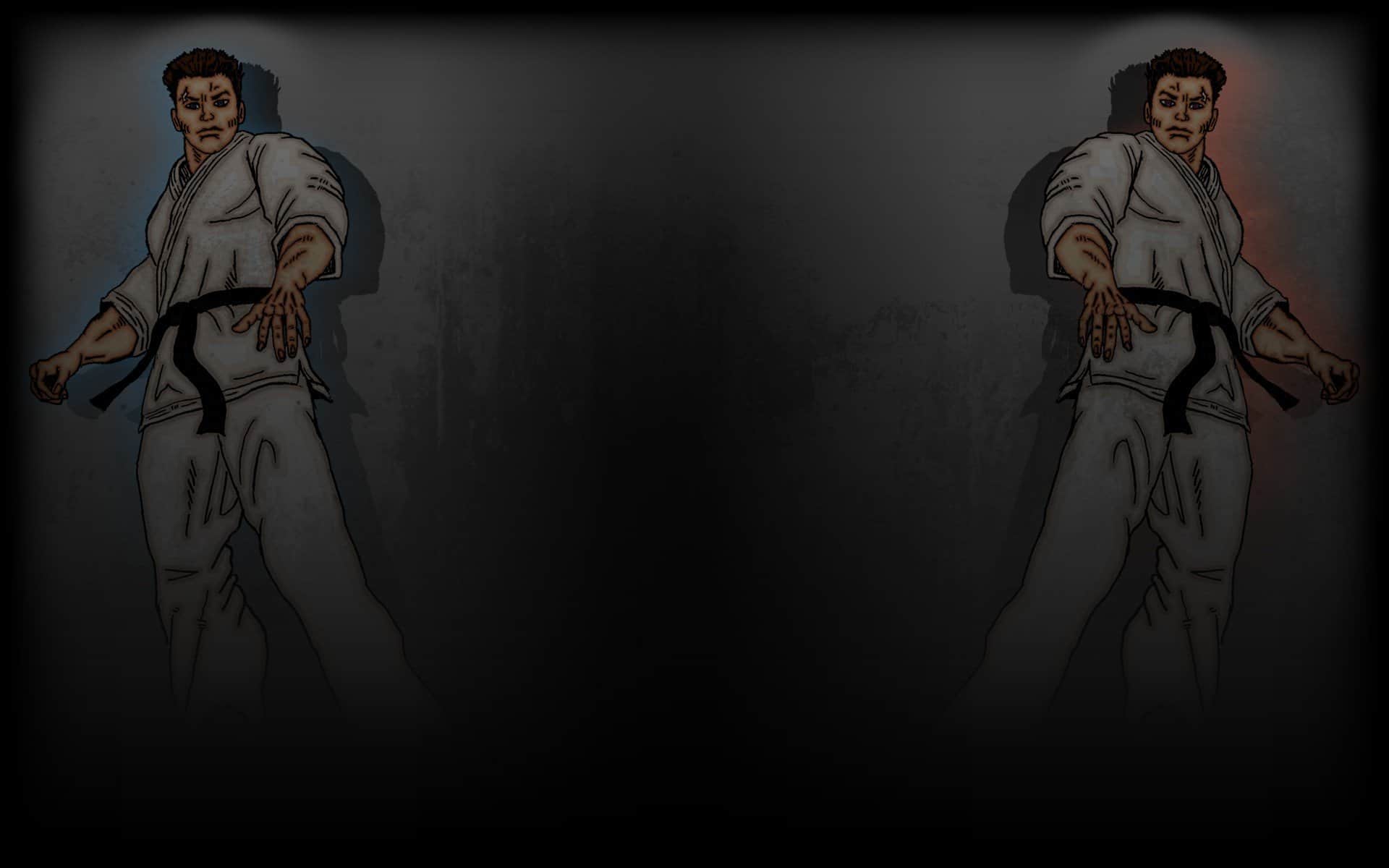 5 – In karate the spirit comes before the action. Once you have decided to fight to defend the cause of justice, throw yourself with courage expressed in the saying: ” Even a hundred million enemies, forward . ” In art, the spirit matters more than technique.

6 – Karate is a way of sincerity, it is loyalty and spontaneity. The important thing is to keep your spirit open to the outside world.

7 – Karate teaches us that adversity strikes us when we give up. Misfortune comes from laziness.

8 – Karate is not just in the Dojo. Don’t think karate is only practiced in the Dojo 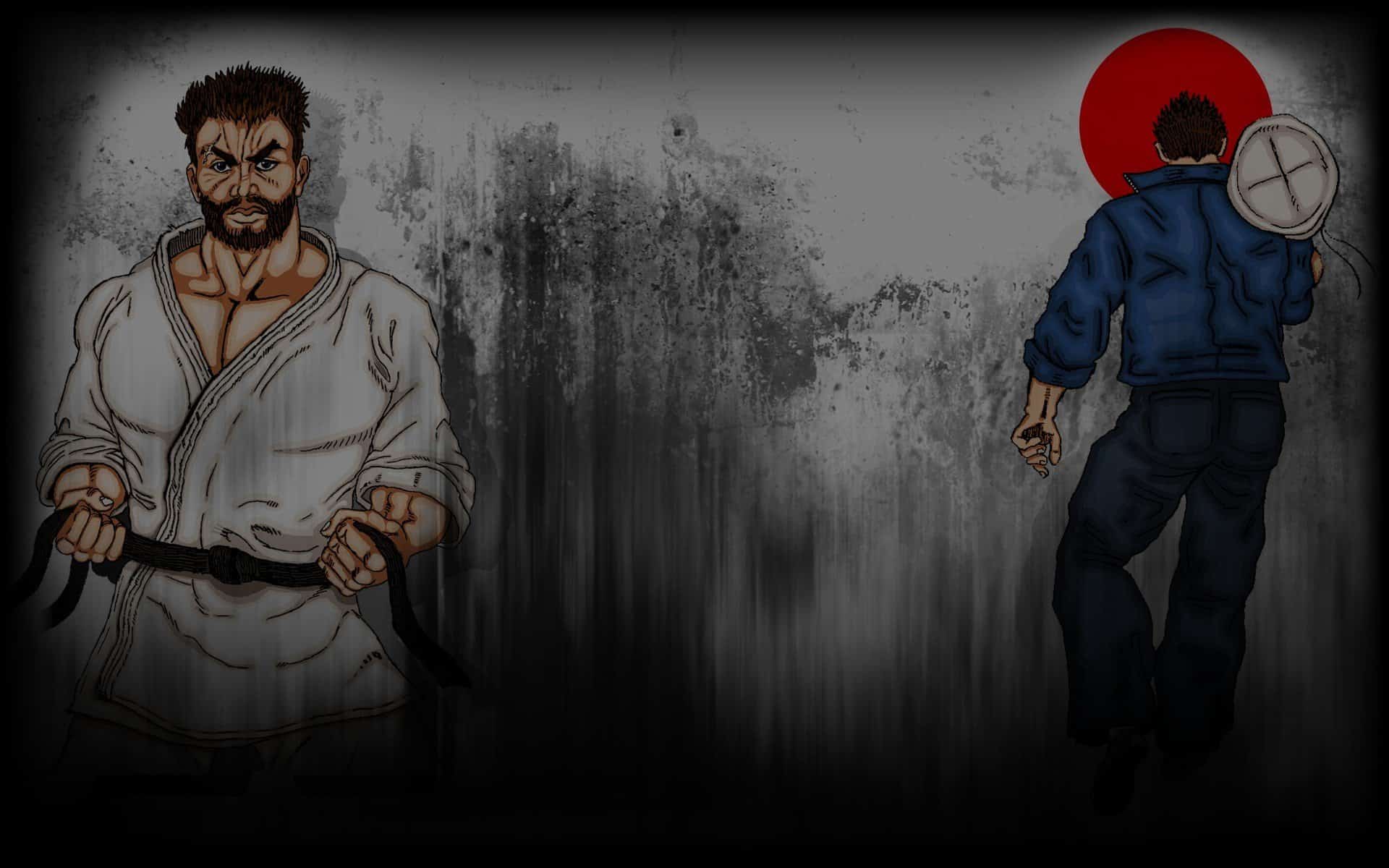 9 – Karate is a lifelong rule. The training in Karate continues throughout the life.

10 – The spirit of karate must inspire all actions. You see all the phenomena through Karate and you will find the subtlety.

11. Karate is kept alive with the fire of the soul. Karate is like hot water, it cools down when you stop heating it.

14 – Concentration and relaxation must find a place at the right time. The essential thing in combat is to play on the false and the true.

15 – Hands and feet are like swords. Consider your opponent’s limbs as swords.

16. To think that the whole world can be the adversary, and that outside your door, a hundred enemies await you. When a man walks through the front door, he can be confronted by a million enemies.

17 – The practitioner always keeps in kamae that is in the guard position, while the shizen tai standing position belongs only to the highest ranks. Warn yourself like a beginner, then you can stay naturally.

18 – The kata is perfection of style, its application in real combat is another thing, its movements will adapt to the need. Kata must be executed correctly, they are different from combat.

19 – How the bow the practitioner must have contraction, expansion and speed; relaxation, concentration, sweetness. Do not forget about the variation of strength, the fluency of the body and the rhythm in the techniques.

20 – The spirit must always strive to the highest level. Always think and process. 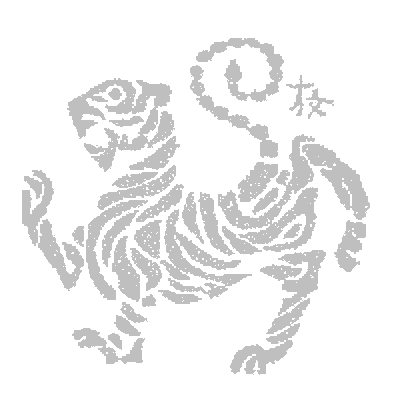 Now if many Karatè practitioners really read the 20 precepts of karate they would find that point 18 tells her something very important.

Those who read the blog know how my approach to martial arts is aimed at something practical and this point is an important direction where a practitioner of any martial art must turn, whether to emphasize style or its effectiveness, both are reserved for a few, hence the choice of how to dedicate the hours of your training.