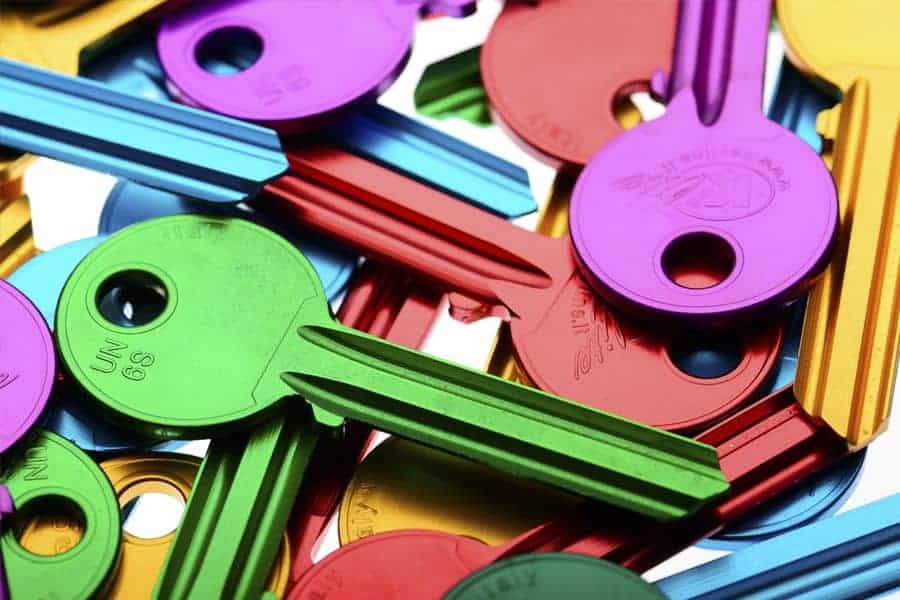 One of the scenes that are often seen in movies is that of the victim who runs away from the murderer, finds the door of the house or his car, looks for the key, falls on it, puts the key in the lock but it is not the right one, then he tries another but nothing and in the end the killer arrives and there the scene ends.

A simple solution that allows you to quickly find the main key is to color the key or use colored keys.

My advice is not to have them all colored but only the main one, at most 2.

You can make them directly colored in hardware or do them yourself with simple nail polish (every now and then as for the nails you will need a touch up). 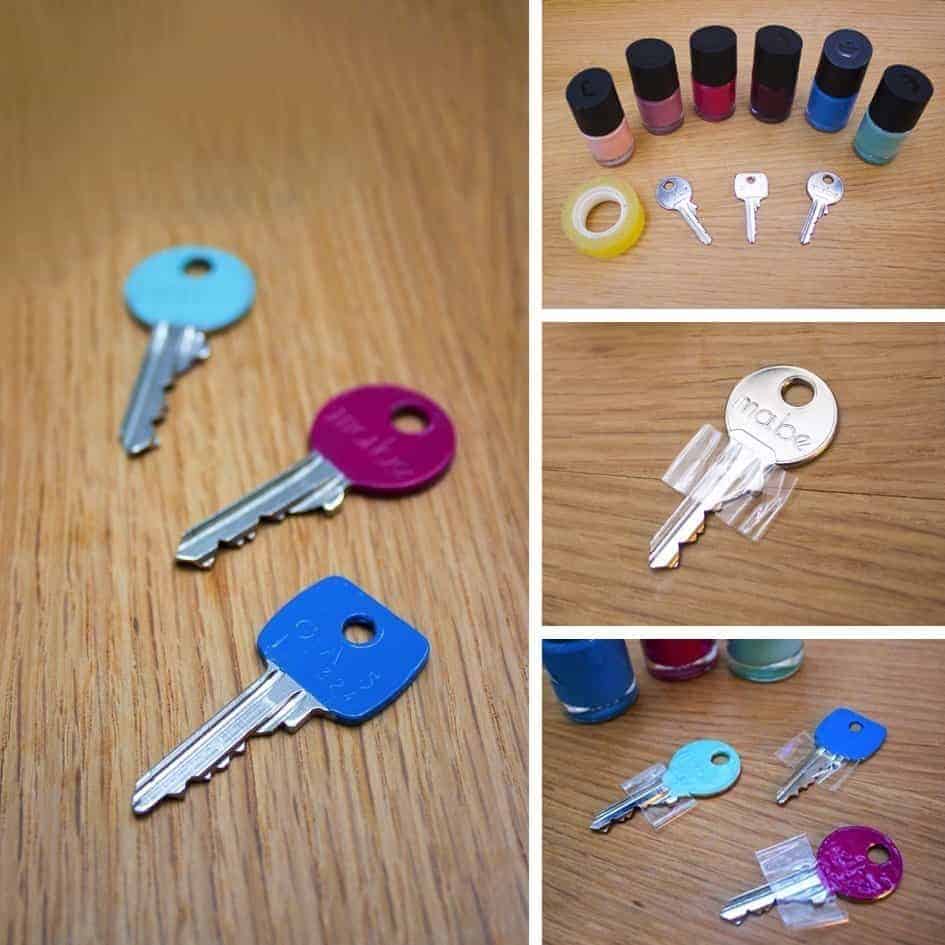 The colored keys for personal defense in the bag

An additional precaution is to place the keys so that they are the easiest to recover and not in the middle of the other keys.

Use key rings that allow you to have a good grip, the ideal would be to have them hooked to a kubotan that also integrates the pepper spray such as the Key Defender. 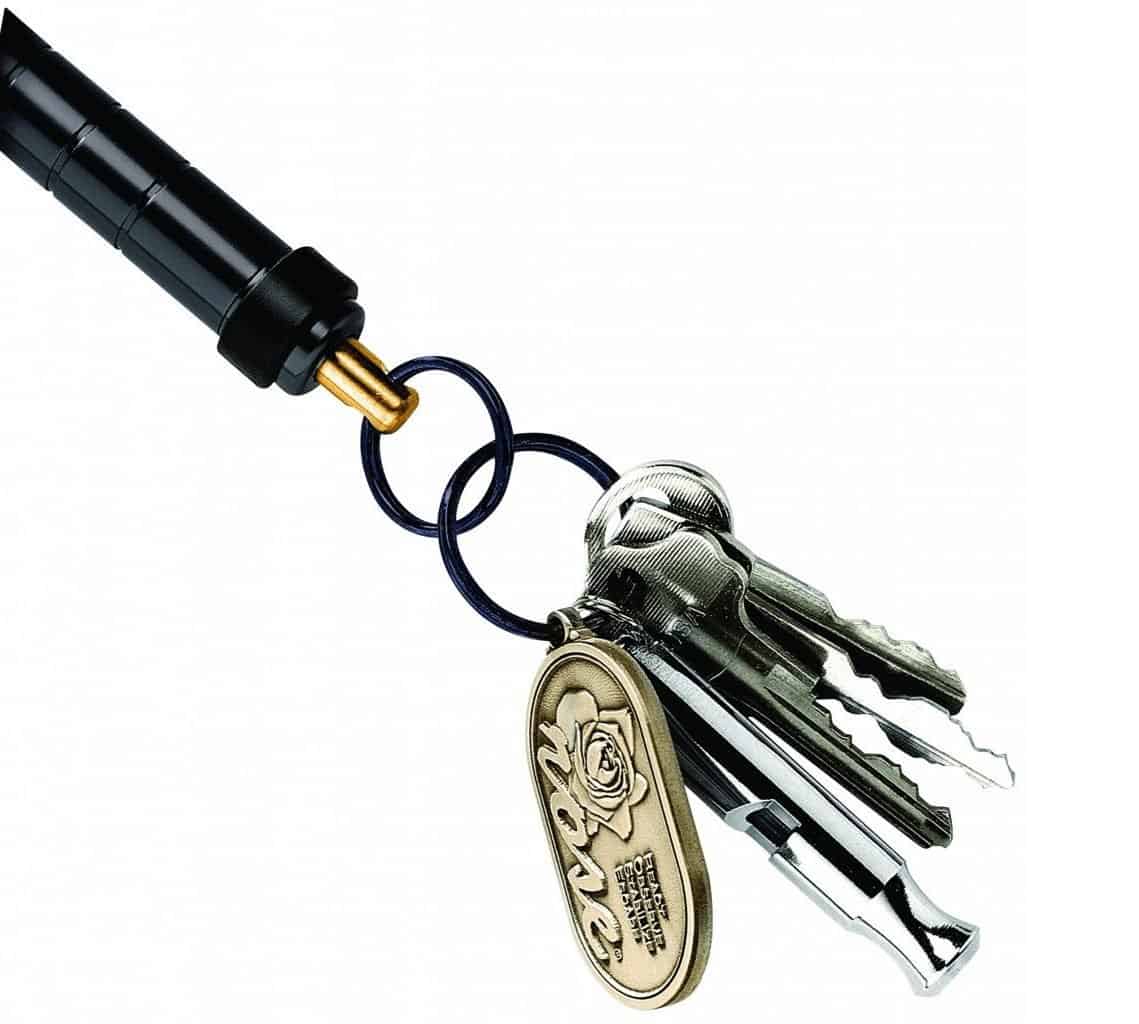 These precautions in addition to being useful in everyday life, allow you in case of need to be much faster even in conditions of tension or stress.

Another option is to insert between your keys a “special” that you have to choose in one from the hardware store where this key that you do not need to open any of your locks but that lends well to be modified for use in personal defense.

Self-defense is made of prevention and simple everyday objects that do not change your daily habits but with measures that allow you in case of need to be adapted to the new context.

These are small measures but in certain contexts they can really make a difference.

Fundamental since the colored keys for the self-defense of the house you always have them with you, even when you are away from home you must be sure that everything you attack and use as a self-defense keychain respects the law and that is why I advised you to use a kubotan or the Key Defender to avoid facing legal problems.

Ps. This image below is very interesting but illegal by Key Self Defence ! You’re breaking the law because the Knuckle Dusters can’t be transported, they’re illegal.

Consider that you can buy fake keys but with shapes suitable to be used as improvised and legally transportable weapons. 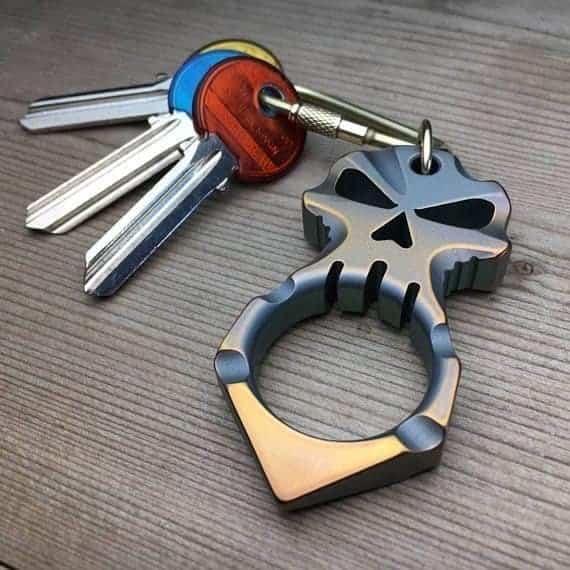