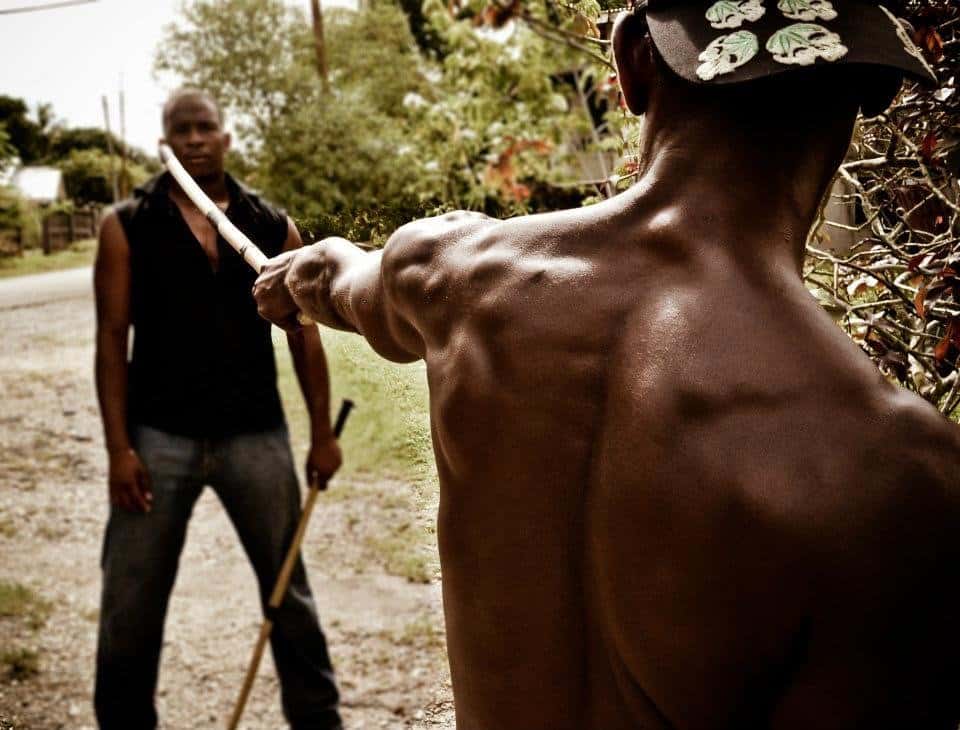 The movement of stick fighting shots.

Today I’m talking about some movements that I need to know in stick fighting.

Regardless of whether your guard is abierta (open) or serada (closed) you can perform a series of shots that to an unseeded eye are beaten but that are actually shots with precise purposes and functions.

All these methods of hitting should be studied on the base corners and doing sessions on the tires and in sparring.

As with boxing, also in stick fighting there are combinations of single stick shots or with the double weapon that work in combination.

The long arc or detached blow, similar to the movement of a sword cutting through something.

It is a full, very loaded shot that is directed through a desired destination with great force.

It’s a passing blow to strike with strength and determination.

This method of hitting does not stop in half but you have to stop at the point of impact.

This shot follows its path from start to finish.

This shot does not stop until it is at the end of his bike, unless he has encountered a resistance or is stuck.

A variant of this movement is the half-shot a “lobtik with less shot”, a shortened arc or less blow stem that i are pulled inward halfway through the swing. 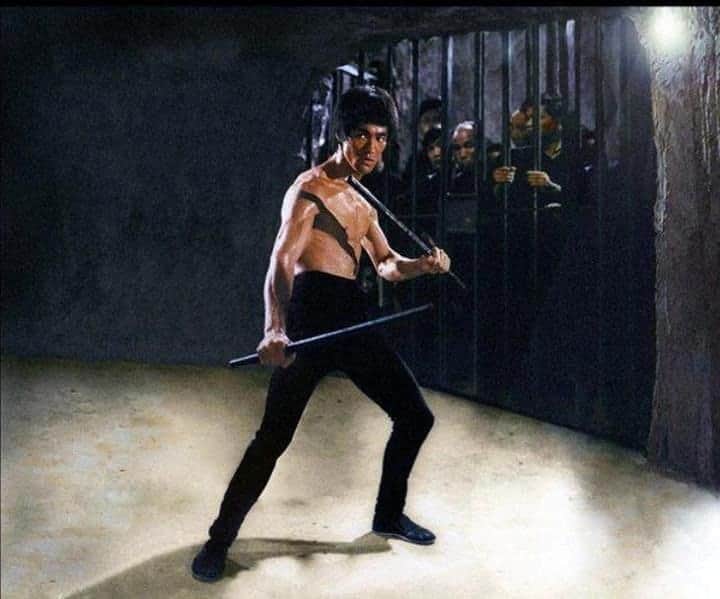 The “rap”, which is a shot that returns along the same path that it went.

It’s a whipped shot that then returns to charge immediately to strike again.

This method of hitting involves retraction, which is useful when you want to vary the angles of attack.

The advantage of this shot is its speed and uncertainty that it give your attacker where the next shot will come from.

Simulates maneuvers and hits more are all performed in the witik module. 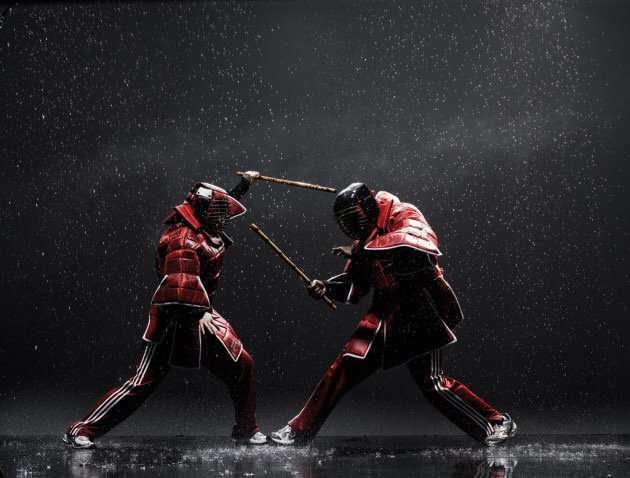 The push or jab.

Push attacks especially go right down to the center, but they can occur at any angle.

There are two types of energy that go into a thrust motion.

The first is very similar to a jab with the end of the weapon.

As a jab in equal emphasis is given by fast movements that surprise and retractable because once hit you have to immediately return to the guard.

The movement of the transfit thrust is very similar to that of the witik where the flow of the retraction movement leads to the next movement.

The stick must always flow.

The second type of energy is the stab that suggests a weapon with a pointed end like a sword or dagger.

The excruciating push is a fully committed kill move, delivered as a grace de coupe.

The only place that could be used otherwise is as a body fired with a heavy or long blunt weapon. 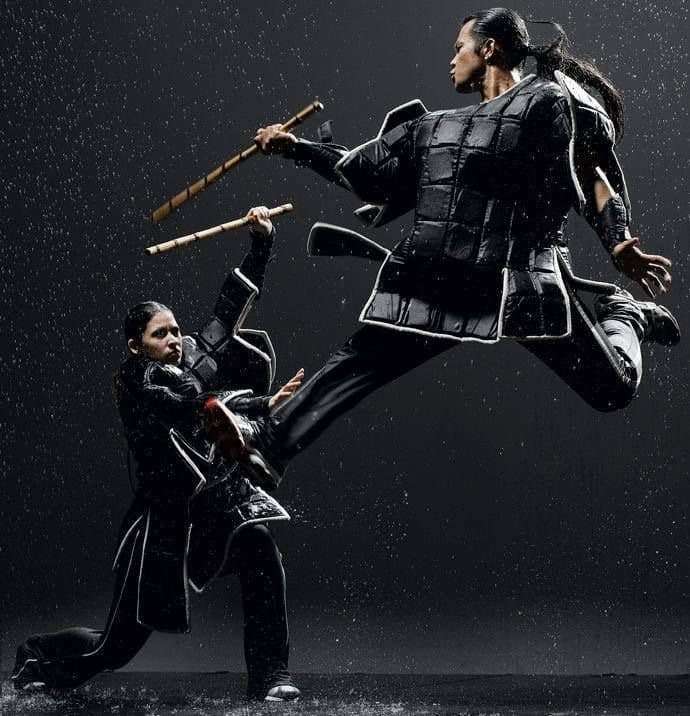 The abaniko blow is a rotary movement that is made with the stick.

The abaniko can be performed horizontally, diagonally or vertically.

It is important that the body and arms move in sync to provide the correct mechanics necessary for a powerful whipping motion.

Many times the abaniko is used to fake or set-up your opponent, allowing you to choose the desired target area.

The arko is the base eskrima twirl or circle of the stick.

The stick can be rotated in an upward or downward motion.

Relax your hand, but hold your fingers by grabbing the stick.

There’s a trick, but I won’t tell you here.

Kamay Bantay Kamay is the “living hand” or the empty hand.

This is the hand responsible for controlling or monitoring your opponent’s hand or the weapon itself.

It also serves to disarm, hit, push with a knife and pass and deviate.

Possibly it also has the function of a parade in sacrifice 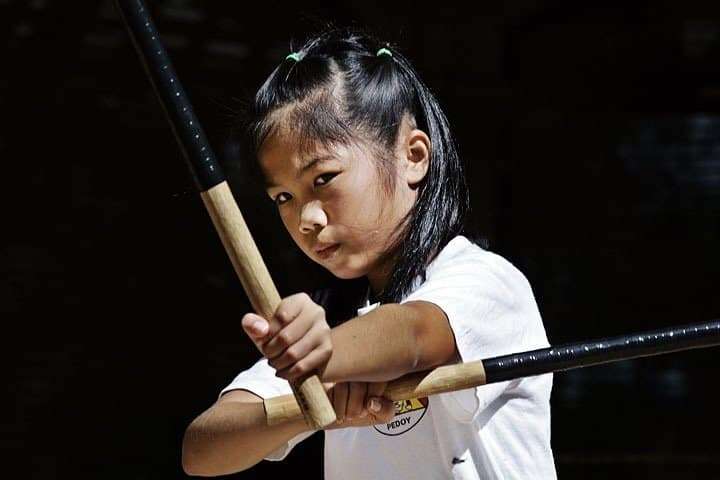 Basically, there are four surprising proposals that can occur in any attack. (See diagram).

The shot can be carried with more movement than your body

These three ways of carrying the shots must be combined and regardless of the type the shots must be pulled to primary targets (eyes – throat – genitals) and in the joints of the body because the stick although it is true that it hurts if you hit the muscles but becomes devastating on the uncovered bone parts such as the skull, elbow, hands, knee, foot.

The duration of a shot:

This is an important aspect to give you an idea of the speed of the stick.

That’s why stick fighting is a gym for any martial art and it’s gymnastics for your mind.

One shot should take less than 2/10 of a second.