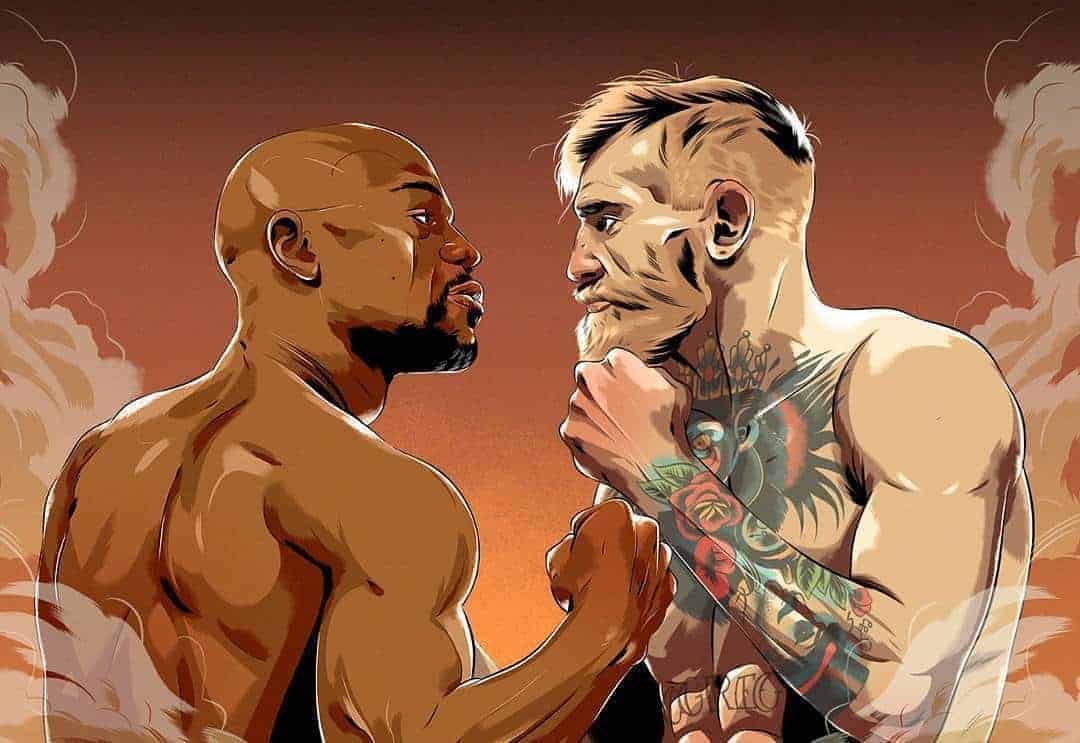 The rhythms and dynamics of attack per fighter.

It’s not the first time I’ve talked to you about combat pace, timing and dynamics.

There’s a phrase you often hear in gyms,“It’s not the shots you throw, it’s how you shoot them.”

It seems banal and the phrase made to use in class and that maybe you already have not only for the sport you practice but also in life as the classic phrase about quality compared to quantity but pull quality punches (with precision and timing) it is much more useful than throwing so many shots in combination without a sense (wasting a lot of energy and exposing yourself unnecessarily to counter attacks).

But what I want to talk about today is much more than just quality and motivational phrase that you’ve heard many times before and that hasn’t changed the way you fight.

You can use different rhythms to make your attacks more effective without inventing new shots or weird and imaginative combinations or spending extra energy.

You can create an infinite number of combinations even while you shoot the same shots over and over again … simply by changing the pace of attack! Yes, you got it right!!


Why do you have to have more attacking rhythms and change the pace of attack multiple times?


Pulling combinations with the same pace is the easiest way to be predictable.

Smart opponents can sense when the next punch comes and will know how to counter-attack before they’ve even pulled the shot.

Now I’m sure you’re wondering, so what pace of attack is most predictable?

The answer is simple and it’s the one you see doing the most:

Throwing non-stop hard shots is the way most beginners attack.

It doesn’t look like something smart but that’s exactly what almost everyone does and you see them do this for months and months, and even as they get faster and faster they still remain predictable.

Then if you’re lucky you meet someone who knows about it and start explaining to you that you’re pulling all the combinations with the same rhythm – every combination of yours sounded like *Pam! Pam! Pam! *.

All equal shots that make you feel your rhythm and a little shrewd knows immediately when you are going to attack and insert in the middle of your rhythm his shots or his dodges.

That little, always-equal detail makes it easier for your opponent to escape your attacks.

Fortunately today you are learning how to change your pace by changing your speed and using power only on certain strokes.

Tips for fighting using the rhythm and dynamics of attack per fighter.

Maybe now you’re wondering what’s the difference between a quick hit and a hard hit.

Shouldn’t all shots be fast and hard together?

Yes somehow you but it is also impossible to shift the weight on each shot to VELOCIT MASSIMA.

So, a pace of shots with different speeds and dynamics creates a mix of shots that can get on certain shots even the maximum speed and maximum weight of the shot that you can generate.

Using a rhythm and dynamics of different shots takes your opponent into complicated areas because some shots come faster or harder than others and he won’t be able to easily pinpoint where to focus his defense and just the fact that he keeps changing things will confuse him. 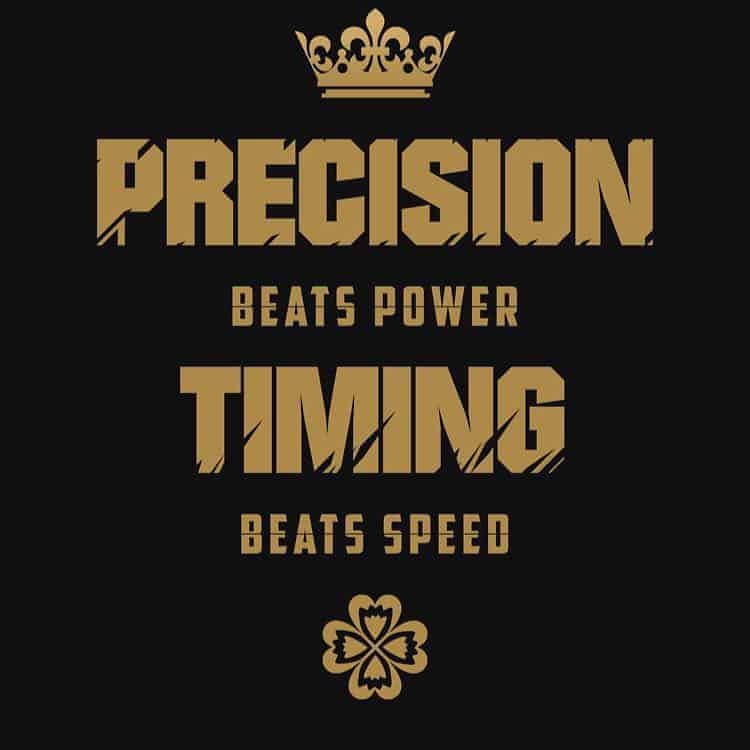 I also want you to remember this important rule:

I want to make your job easier by pointing out the rhythms and attack dynamics for fighters that you’ll see used many times:

This is a classic that is used a lot

Imagine someone throwing a 1-2-1-2 combination.

Instead of trying to throw all four punches hard, you throw the shots quickly and then you powerful with the right hands.

Instead of pam-PAM-pam-PAM, your combination sounds more like paPAM! -paPAM!

The combination is immediately more effective because you put more emphasis on the right hands by bringing them faster and with more power.

Your opponent is so busy trying to evade the quick shot and is hit by the hand with the hard blow.

This is a great pace for fighters with very powerful Cross, the fast Jab and the hard and heavy cross, over and over again.

Or pull a combination of cross hooks like the 2-3-2-3 at this pace where you shoot quick cross shots followed by powerful left hooks.


You can have fun at this pace!

It’s a simple combo but many fighters are afraid to shoot at exactly this pace becausethey’re afraid to wait until the third shot to throw the first hard shot.

Throw 2 really fast shots to surprise your opponent and then finish with the third powerful and accurate shot.

We analyze the first combination, throw 2 shots really fast to open and hit your opponent and thesecond jab will be a surprise if you throw it fast enough compared to thefirst, which perfectly creates openings for the right hand.

The first two quick shots should put your opponent on defense while the 3rd shot is the one that deals the damage.


The same goes for the combination with the Low Kick, where here in addition to the pace is added a change of the line of attack.

This is an easy pace of evasive attack that works surprisingly well.

All you have to do is escape your opponents by first dodging and then breaking his pace, and then attacking him with a quick 3-shot reaction surprising him with this speed reaction.

Don’t worry too much about the shot you pull; Dodges the first shot and counterattacks with 3 very fast shots.

Keep doing it over and over again.

I simply walk towards my opponent in a stalking way.

As soon as he pulls, you walk away and then he comes back with 3 quick punches.

Do it repeatedly to get maximum damage!


A quick counter-pace to immediately stop your opponents in advance.

Pull a shot, dodge the reaction and counterattack with your right hand.

This approach helps to be fast and play ahead of its combination.

This combo works best at the start of fights when it’s too early to tell what reaction to have and at the end of fights when opponents get slower with reactions.

Another great pace of attack is to pull a series of quick shots and then make a dodge and a final DURO shot.

Pull 3 quick shots to force your opponent to cover up, dodge his reaction and return a

DURO blow in its opening.

Use this pace just a couple of times to scare your opponent from counter-attacking.

These combos work best against aggressive fighters and punchers.

They exchange blows then take quick shots to expose the counter reaction and then dodge before counterattacking again but with a match shot.


This pace of attack is made by a series of strong shots that always start and end with fast shots.

In theory, you can pull endless hard shots and pull the final fast only when you feel your opponent is about to counterattack.

This pace is very fun and incredibly annoying for your opponents.

You take three hard shots, you move, double jab, and you move again.

Your opponent will be sent out as you continue to switch from a tough to a fast-moving combination.

You’re hitting him hard and then you move and then you throw 2 shots but when you expect more power shots are quick shots and away again.

In the repeated attack he might expect to trade jab shots, but now you’re pulling powerful shots again. 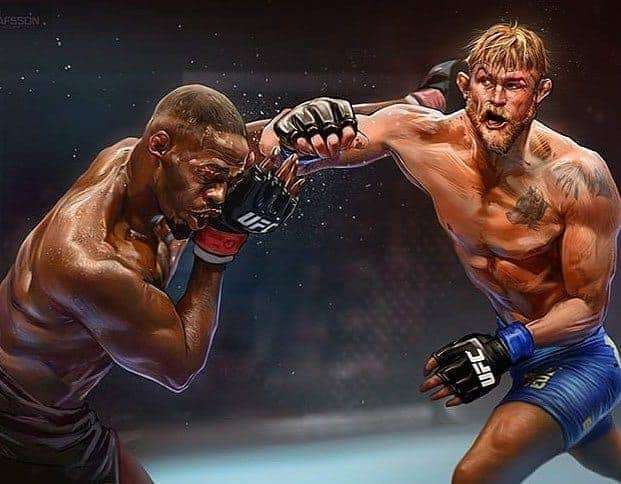 Initially take a rhythm of those proposed and try it, but the goal is to mix during sparring sessions the various rhythms.

This is what the real champions do, combine different rhythms forcing the opponent to continuous adaptations and not to understand anything.

So as you can guess it is essential to train to switch between rhythms.

Use different rhythms to create different combinations so your opponent can’t understand you.

You can win a lot of matches or get your training partners in trouble during sparring sessions by pulling a “simple” 1-2 or 1-2th low kick, if you use different rhythms.

Fast shots on target but also not

Fast shots don’t have to “get in.”

You have to and you can use them to set the hardest shots.

So instead of trying to target, you could try shooting shots at different points (elbow, shoulder, forehead, opposite side, etc.) to make them defend a different area, create openings and expose it for your hard shots.

You could also throw fast shots at your opponent’s guard or use fets to keep him on the defensive.

Try these rhythms with a training partner!

Fighter attack rhythms and dynamics are essential if you want to improve the way you fight.

Working on rhythms and dynamics, on the power of shots, on fakes, etc. allows you to have more variety in your fighting language.

“Speaking” always the same makes you predictable, make your language varied and unknown.