The tip and cut shots in the knife fight.

The role that tip and cut blows play in knife fighting.

In knife fighting the role of stabbing and cutting has different meanings and purposes mto if you grab a knife to defend yourself you have to know your weapon and know what it can do because your survival can also depend on it.

In knife fighting you need to know that they give a blade tohuman anatomy because pugnalare and cut are the two fundamental ways to inflict trauma with a knife but how and where it makes a lot of differences.
The knife in all cultures is a common and widely used object and therefore in principle everyone knows how to use even for this reason even today it is one of the simplest, most versatile and lethal tools on the planet.

Gunshot wounds are considered more lethal than stab wounds due to the increased possibility of damage to internal organs with the advantage that can be inflicted from distance and require “less skill” to do damage with a knife.


Now if you consider these two elements, the application of force and the placement of the weapon,the stabbing has a greater chance of piercing a vital organ than cutting but the cut can be deadly even if it severes an artery.
Death from a stab wound or a stab wound is often caused by shock but thistype of shock is different from the emotional state of shock and has a sound called“Hypovolemic Shock”.

Hypovolemic shock is the state of shock caused by the acute decrease in circulating blood mass, caused by bleeding or loss of fluid (hypovolemia).

(From Greenberg’s Text-Atlas of Emergency Medicine by Michael I. Greenberg). “

This condition occurs when a person loses a large volume of blood due to an injury and considers that the body suffers a shock when it loses 20 of its total volume of blood.

Blood carries oxygen and various nutrients throughout the body and severe circulation disruptions cause death, so a cut can kill if it severs an artery or stockpile can strike an organ mortally.


Tip and cut shots in knife combat have a precise function and role. 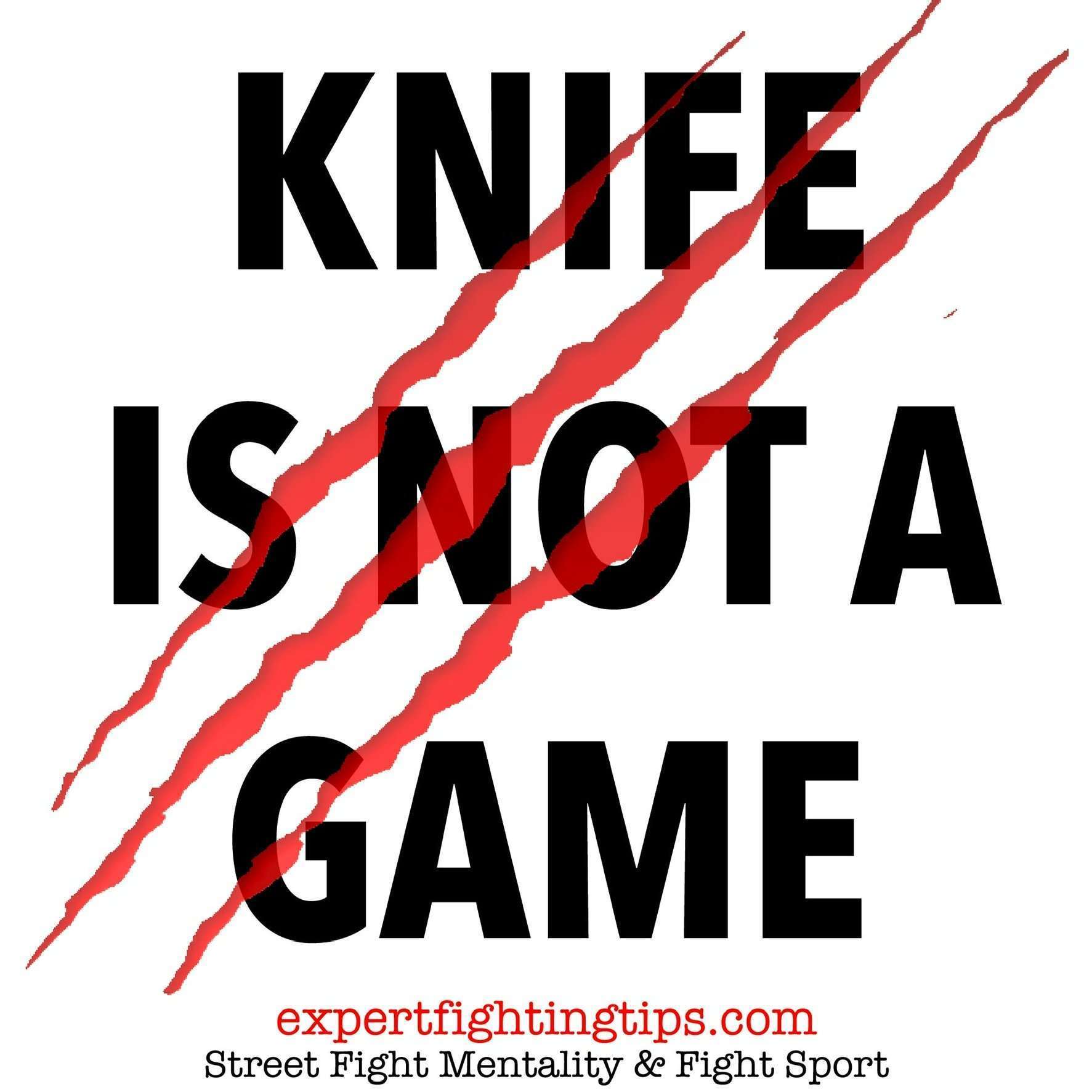 Which tip and cut shots in knife fighting use the most?

The study of angles and points of attack related to human anatomy are fundamentals.

With many friends experienced in cutting gun combat we have done excellent research on this topic and today thanks to surveillance camera videos and an in-depth analysis of forensic data, modern traumatic medicine and advice with subject matter experts, and it has been seen as the conclusions of this specific analysis, that when it comes to knife fighting, stabbing and blood loss cannot in a short time render an attacker incapacitated.

In a self-defense situation every second counts and the faster you can neutralize an attacker the higher the chance of escaping injury or death.

Remember that even if you mortally injure an attacker doesn’t mean he doesn’t yet have the ability to do the same to you, there’s still a time of delay that’s very dangerous and you don’t have to underestimate.

There are several cases of people who, despite the stabbings received, were not rendered incapacitated instantly despite the severity of the injuries sustained. 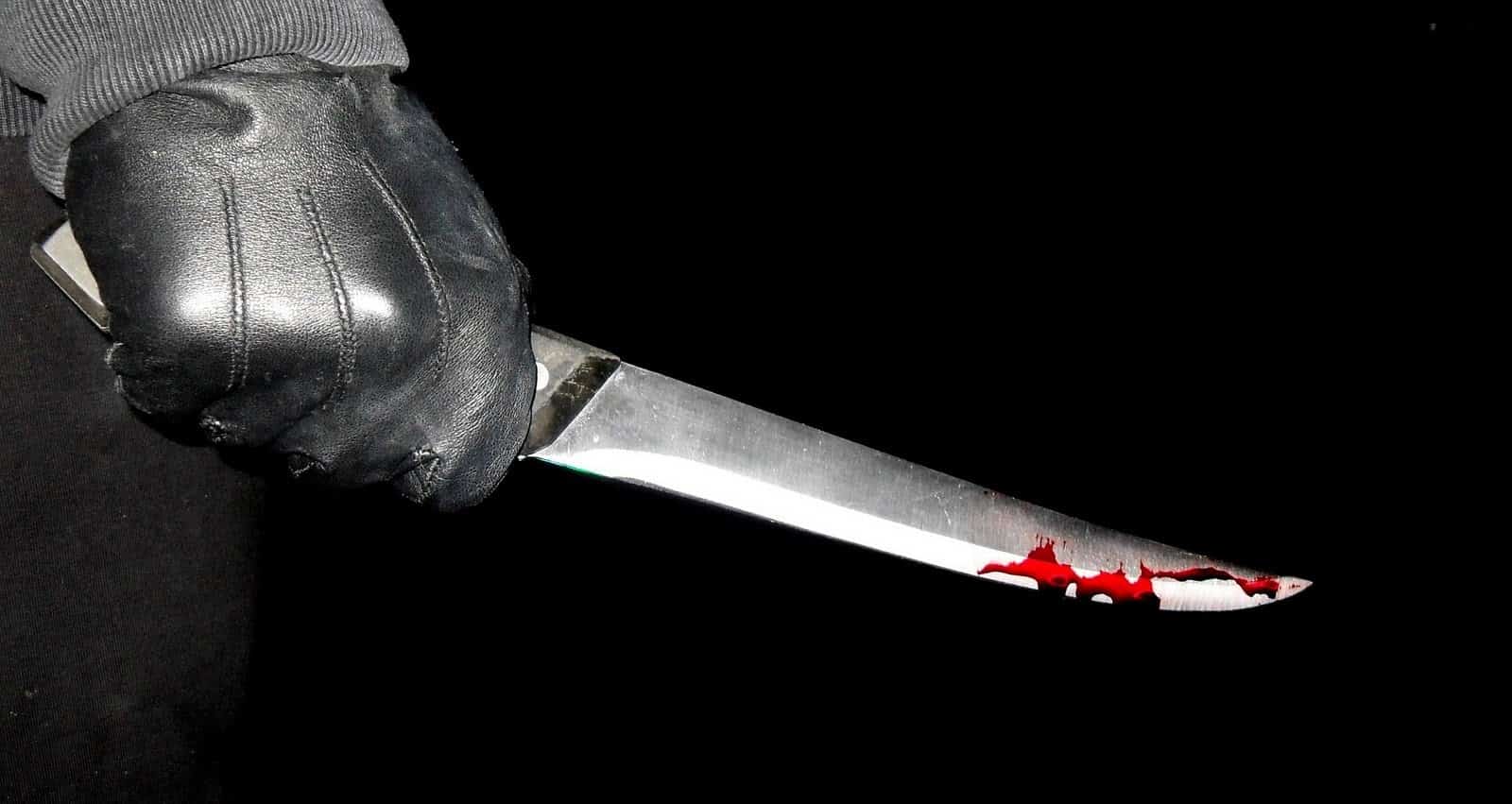 In the Filipino concept you prefer to first cut your muscles and tendons before you hit with a stab to the trunk or cut the arteries when the target is immediately incapacitating an attacker,breaking the snake’s tooth.

In The tactics of Filipino martial arts, as well as the tactics of many Western systems tested in battle, the main target is the arm that wields the attacker’s weapons.

To grab a weapon, the muscles of the forearm contract and pull the flexor tendons, which pass through the wrist and attach to the fingers.

By separating the tendons or muscles that feed them, this connection breaks and the hand can no longer close to grab anything.

Physiologically, this concept applies to all muscle groups, tendons and limbs.

If you separate the tissues responsible for the movement of a limb, it destroys or at least severely inhibits the function of that limb.

Sometimes called “biomechanical cutting,” this is an approach that has been used for centuries around the world in cultures where cutting weapons are used as weapons.

Ps. This biomechanical cutting thesis is also validated by the numerous cases of domestic and industrial accidents in which people were cut off and immediately lost the use of the affected limb.

This allows you to understand thereliable and effective effectiveness of a cut with the force necessary tosever the tendons to stop the limb and make it unusable to do damage. 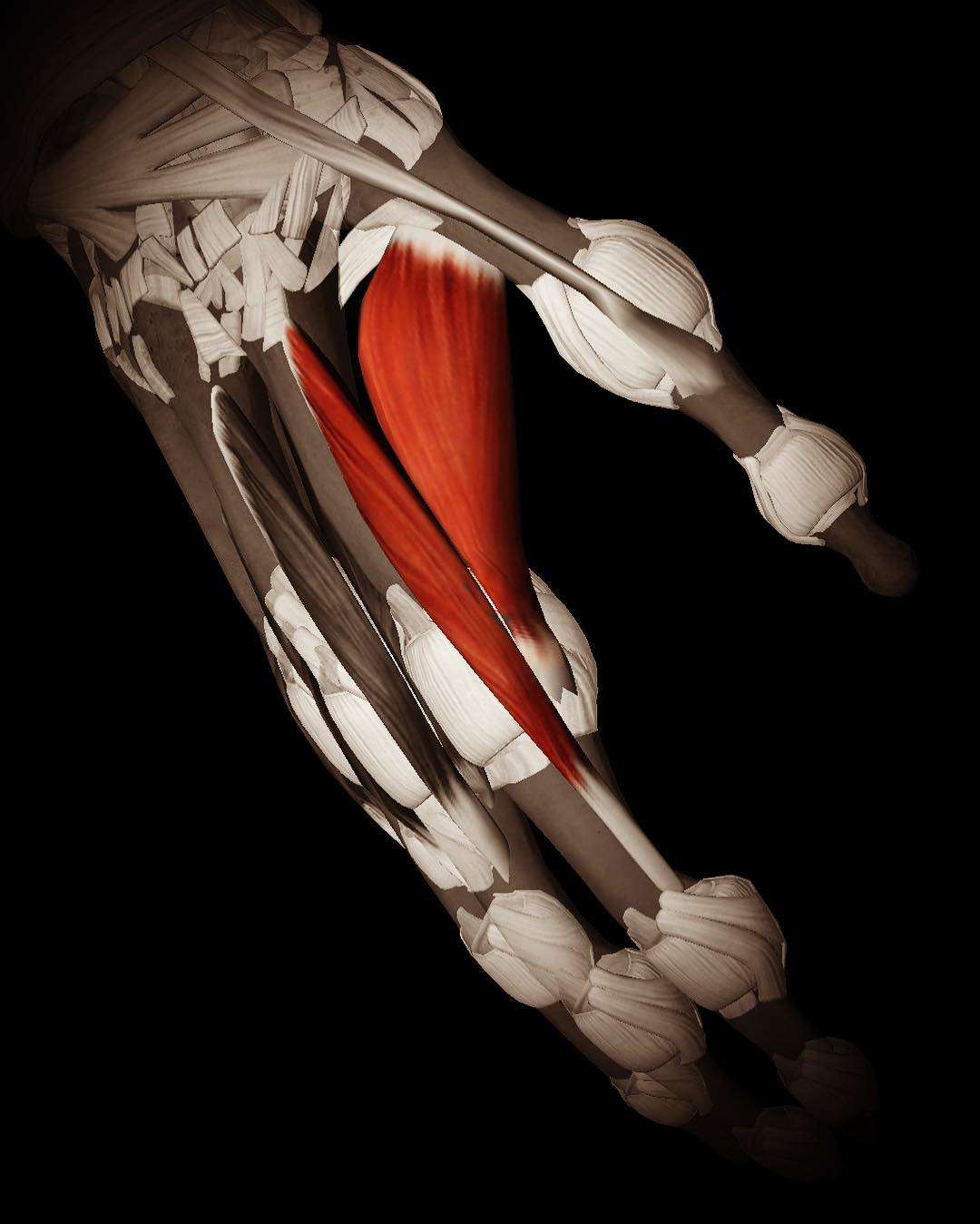 For biomechanical cutting there are specifically the following objectives:

An important parenthesis to the above-the-knee cut contextualizing it:

“Just above the knee, where the muscles shrink and connect to the patellar tendon, it is typically covered with a single layer of trouser material.”

This area is under the bottom of most jackets and under the pockets of pants with coins and wallets inside, various items that could protect your cut.

Imagine the thick and heavy winter jackets and long under the waist!

Cutting this goal means preventing it from moving, what in jargon is called mobility kill. 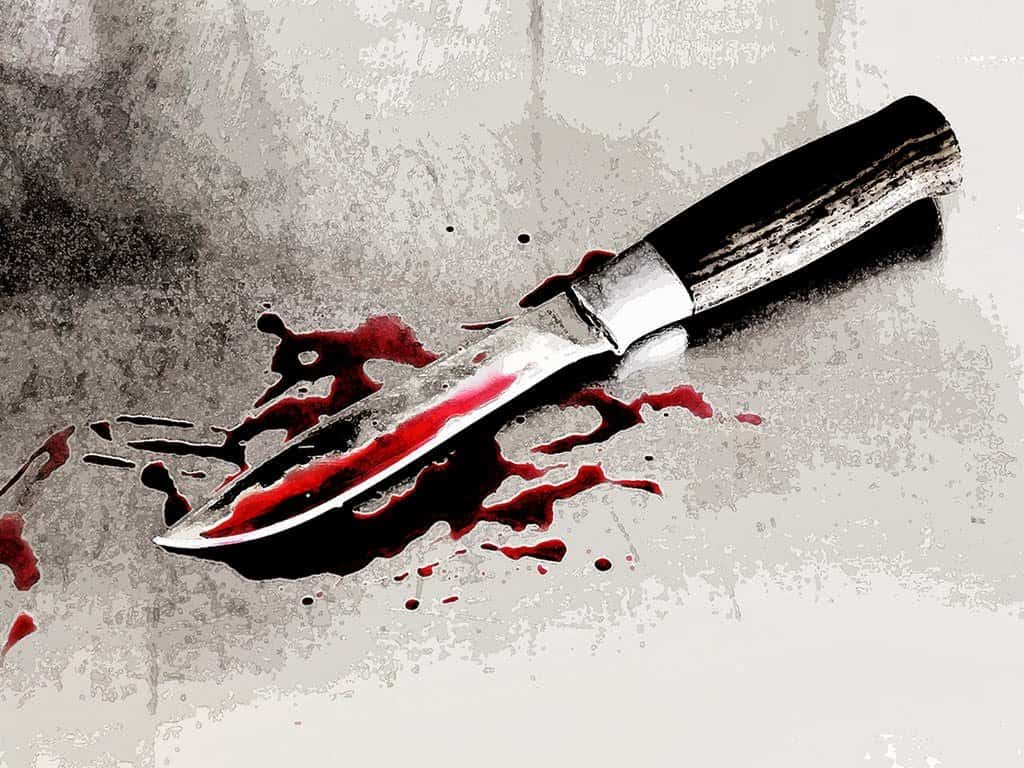 The first thing I want it to be clear and that I want to emphasize given the sensitive issue I’m dealing with is that this post is for good guys and it was never my intention to promote or even “romantically” promote violence.

I hope that the following words by Dan Inosanto can serve everyone as a solemn reminder to all practitioners of the arts of the daga:

“There is no excuse to take a man’s life for life is precious.
Every man can take a life, but no man can give back a life.
Killing is therefore a matter between a man and his personal belief of right or wrong.
It is therefore important to train the mind before training the body. “

Today more and more people are attracted to the study of the fight with knives, short fencing, a word that thanks to this blog is spreading.

A term that was previously totally unused even if it exists from the dawn of time but evidently lost.

This pleases me when it is used with ethics and not by the usual charlatans who on the net fill the mouth of words far away from them and without realizing the great responsibility that comes from the learning of this murderous art.

So learning this art requires a great responsibility and that’s why I do the lessons only privately, because it is essential to know the person and above all understand his nature.

Always respect the blade! and learn the function that tip and cut shots have in knife combat.

See you in the commentsbox ! And I recommend, share this article on your social channels! 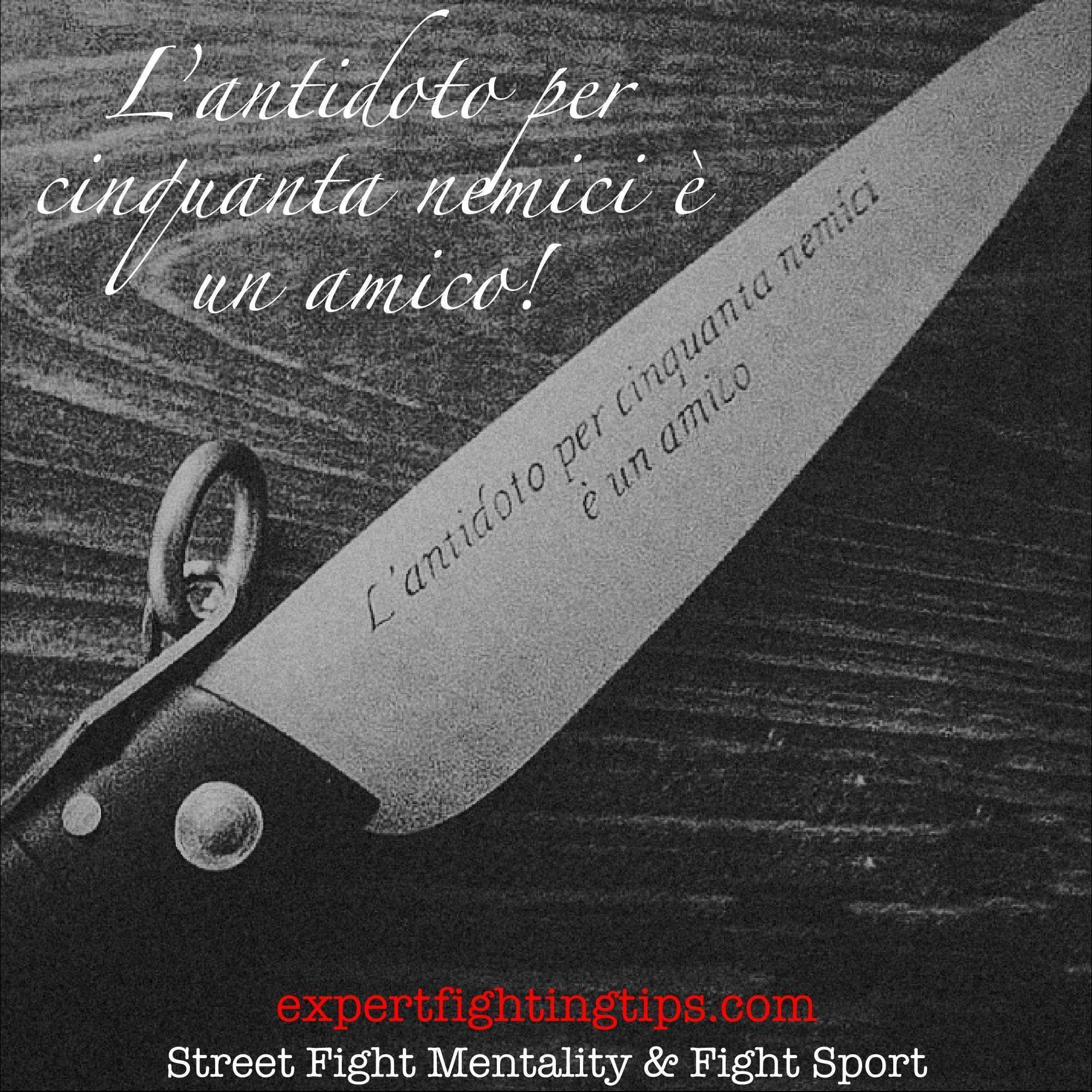