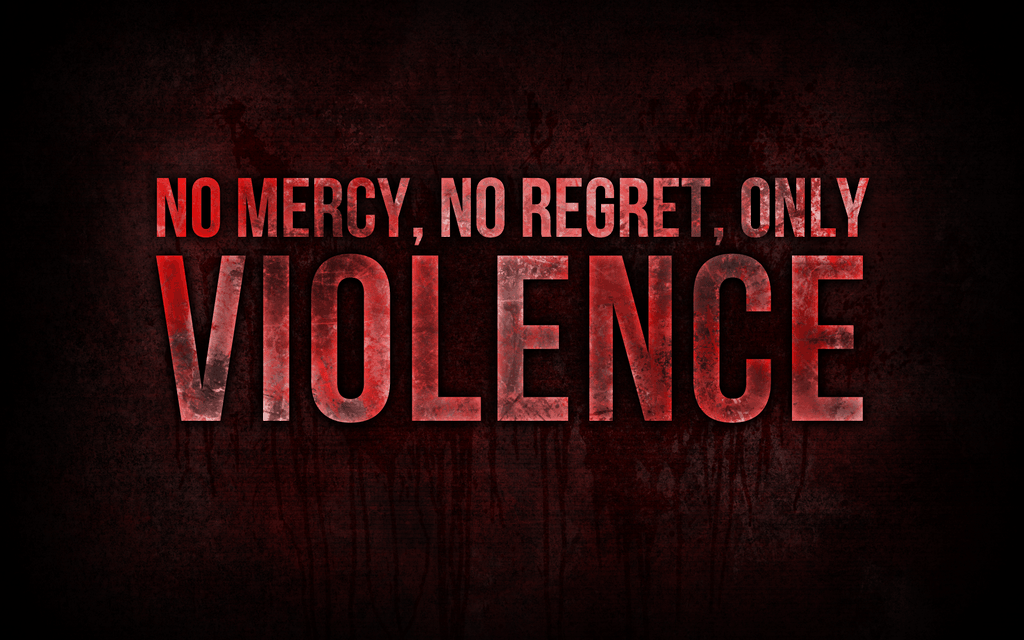 The truth about violent assaults.

When we talk about certain aspects of self-defence such as violent aggression, it may seem macabre, but unfortunately the analysis of these is the only way to be able to build systems based on real conditions.

Although a personal defense course can’t give you absolute guarantees but has a responsibility to increase your chances of getting away with it in a situation of aggression and bringing your skin home through a range of technical, physical, and psychological knowledge that you need to implement.

For the vast majority of people who read this, violence is easy to prevent without resorting to physical self-defense and fortunately it is so with the proper precautions but it is not always possible unless you give up living a social life, limiting yourself.

Everyone happens to leave the house to: 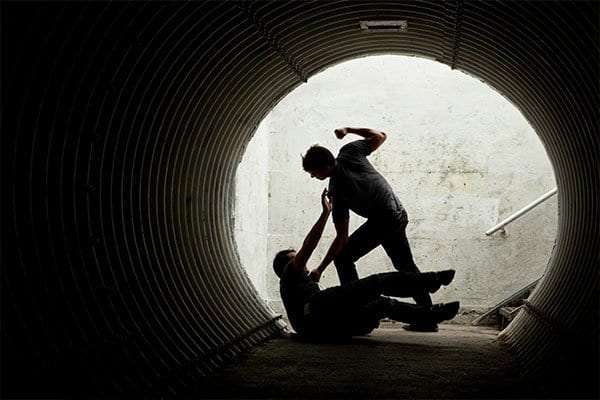 The prevention of violent attacks

Sometimes you are in company, sometimes alone but fortunately it does not mean having to make bad meetings but it is important to know what attitudes and precautions to use and the tools you have at your disposal to preserve yourself.

It also considers that in self-defense non-physical “means” have a much lower level of risk and greater chances of success.

Physical confrontation is for the few and requires a high preparation/dedication better to equip yourself in some cases related for example to particular physicalities or advanced ages than to train in the fight.

It may not seem so, especially for those who have fallen victim to misleading martial arts and self-defense marketing, but I hope that reading the blog is clearer that the chances are many before you get to the fight.

Most people do not need to learn martial arts to avoid being attacked but by following some directions and changing and adapting some attitudes according to the context and equipping themselves with tools such as pepper spray can already do a great job.

There are many misconceptions about physical violence and the purpose of this blog is to help shed light on the nature of serious violence and common problems related to physical self-defense and martial arts training in a self-defense context.

If you follow the blog and my advice on prevention, this material should already be largely useful.

But if you don’t follow that advice, if you’re in an inevitable physical conflict or if you’re simply interested in defending yourself physically because you’re proud, full of ego even if the chance to avoid confrontation or escape is there, the following material can still be valuable to change your approach to sport or martial art that you practice.

Unfortunately I see that despite I say this and there is a lot of information people insist on sticking to totally wrong concepts as if they are not ready to admit that it is necessary to change their approach if they want to contextualize it also to self-defense.

Ps. It is also great to practice arts or sports for the pleasure of learning and having fun but if you want to put it in a context that comes out of the gym then you have to be willing to change many of your beliefs.

The nature of physical violence

The moment between the danger phase to the real attack you can perceive it and at that stage, that feeling that you have to act, switch in a state of maximum violence or maximum escape.

You feel it as if it surrounds you and when you feel it you have to act immediately even at the cost of making mistakes or attacks or fleeing!

At least one person in the encounter will try to hurt another person, and neither person will know what the other will do afterward.

It’s not what you see in most movies or discover most martial arts classes.

There are many images of real assaults, captured by security camera that where you see people walking peacefully walking on the sidewalk when someone stops them, a man who comes out suddenly or who runs to meet them.

Many get stuck in fear, and give what they have or are pulled or hit, dragged to the ground if they hint at a reaction as the man yells at her and curses at her, choking her and banging her head on the ground and tearing her things off.

Then he escapes, the fear, the care of the wounds, the denunciation, and the fear that continues for months and months.

The dynamics of violent aggression

For example, even the techniques to bring to the ground are never like the projections trained in most martial arts or self-defense schools, but it is made by surprise without someone who kicks off, tearing the person who in the case of A woman can also have shoes that are not as comfortable as heels or taking advantage of the big weight difference.

It can also be that you were not on a flat, dry surface with shoes with proper grip where common defenses are trained.

As I told you in addition to the irregular surfaces, the significant weight differences are exploited to slam, jerk, pull the victim of the assault, causing the victim to repeatedly slam against the ground, the walls, etc. and adding intimidating screams and shots or to injure.

This is a real assault.

In any attack where you can legally defend yourself, your attacker (or more than one) will likely have a significant advantage over you, or at least a perceived advantage from him in the sense that he may not know that you are armed or that you are a professional MMA athlete and that even if you weigh 20 kg less than him you have skills that can help you still prevail.

If size always mattered, the elephant would be the king of the forest instead of the lion.

But returning to the topic, the attacker will have more advantages over the surprise, will have weapons and/or will be bigger, stronger and faster than you.

Will he be alone?

If you don’t think you have an advantage, even one, you will choose another victim.

True violence is horrendous, and it is better to avoid or prevent.

The vast majority of martial arts today do not prepare practitioners for actual assaults of a motivated attacker.

They do not address context analysis, awareness and prevention, they do not have effective strategies to deal with an assault or training methods that consider dynamics and statistics, modes and times, distances.

Techniques are for art or sport rather than to do maximum damage, and they just can’t deal with the use of weapons and defense and multiple opponents even when they say they do.

All workouts take place in well-lit rooms, on clean, flat surfaces, with nothing to stumble or stumble at, and in clothes that are easier to move.

Attacks are often pre-built and fake, they are generally made weed with a “correct stylistic form”.

A freeze approach that makes no sense, with single or easy-to-identify attacks or techniques one after another, and “the aggressor” who does not react after his initial attack has been blocked.

You may not even know if your attacker has a weapon or not, even after you’ve been shot, cut or stabbed or beaten with this weapon to intimidate you, but you still can’t understand and identify what’s in your hand because of the shock and stress it’s caused.

The places of aggression and dynamics do not resemble at all what most martial artists train for.

Ps. Unfortunately the woman attacked in the video above was killed in the assault, beaten to death by her attacker because she continued to make noise, the other girl in the video survived the robbery.

This is a real assault. 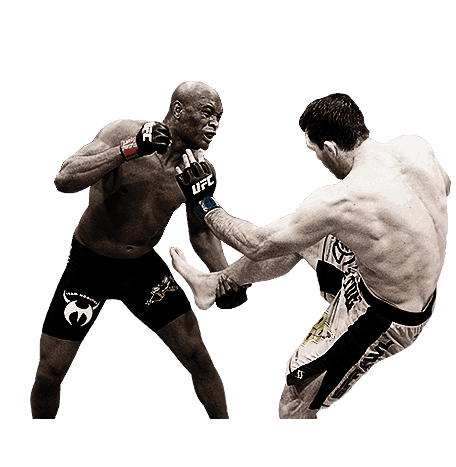 Martial sports such as boxing, Muay Thai and Brazilian Jiu Jitsu, for example, do a good job of preparing students to face an unarmed non-cooperative opponent.

However, they focus on “one-on-one”fights, with limited techniques and intervals, between two participants who challenge each other loyally, without weapons and in clean spaces designed to fight.

No rules in the street

In an assault there is no loyalty, time limit, ethics, etc.

Many traditional martial arts than combat sports claim to focus more on self-defense, but fail to train against uncooperative opponents who are counter-attacking because they do not work on the necessary attributes.

In fact, although they can use potentially dangerous techniques in training, students of these styles are even less prepared to face a real attack than those who train in martial sports, due to their lack of specific workouts such as sparring, then working in uncooperative environments.

These are not things that you learn by doing it a few times a year.

I will post on some methodologies to use to get out of the traditional and sports scheme to understand dynamic diversity and context.

As you know for me sport is a necessary means to work but to bring it into a field of self-defense you need to build a change of dynamics and non-cooperative work of your training partner.

Smart work is needed and with many precautions starting from protections but surely contact sport or wrestling is a means that benefits those who simulate or carry techniques without real contact.

Writing precisely on a subject such as violence is not easy.

Violence is negative because it is destructive, it can lead you to be paranoid or obsessed with crime by reducing the quality of your life.

You can avoid/prevent an assault, be ready to defend yourself physically without being obsessed with violence, wearing camouflage pants and hiding weapons in every room of the house.

In fact, such behavior could potentially make you an attractive target for other types of attackers such as people trying to start a problem for futile reasons, the classics looking for grains that only look for an excuse to provoke you.

It’s easy for some people to take self-defense too seriously and allow it to change their lives for the worse, avoiding going out, and staying indoors.

Negative thoughts, words, and actions produce negative feelings and make the world a worse place for all of us.

Just see how the press conditions social perception even if the statistics say otherwise.

Positive thoughts, words and actions make the world a better place for all of us, and even if violence is ugly, you don’t need to behave hard or imagine being an operative to defend yourself.


One more assertive approach and the other more aggressive!

Both approaches can work but the first one will make you a happier and more likeable person who knows what he has to do and moves spontaneously, with awareness but normal, while the second approach will make you a negative, scary and paranoid person, always on who goes there, always with objects to offend, etc.

But my advice is to stay yourself, never play a part that doesn’t belong to you, you wouldn’t be credible, and you’d be ridiculous.


You have to be self-aware and work to grow, not wear a dress that is not yours because appearance will not save you, you would still be weak.

Work constantly without lying to you, I know it’s hard but learn if you want to be!.