Threats, intimidation and declarations of intent are a kind of promise of vengeance and is one of the ways often present when there are aggressions or discussions of various magnitudes.

This is not something new and the threat has always been a form of extorting something from someone without a real conviction, it happens even if in less dangerous contexts in many social and personal contexts.

But bringing it into the context of self-defense and security that it is aggression for the purpose of robbery or discussions for a banal parking lot, discussions between neighbors, etc. threats and intimidation, declarations of intent are always present.

A robber armed with a knife / gun / other to simplify usually offers you two options: 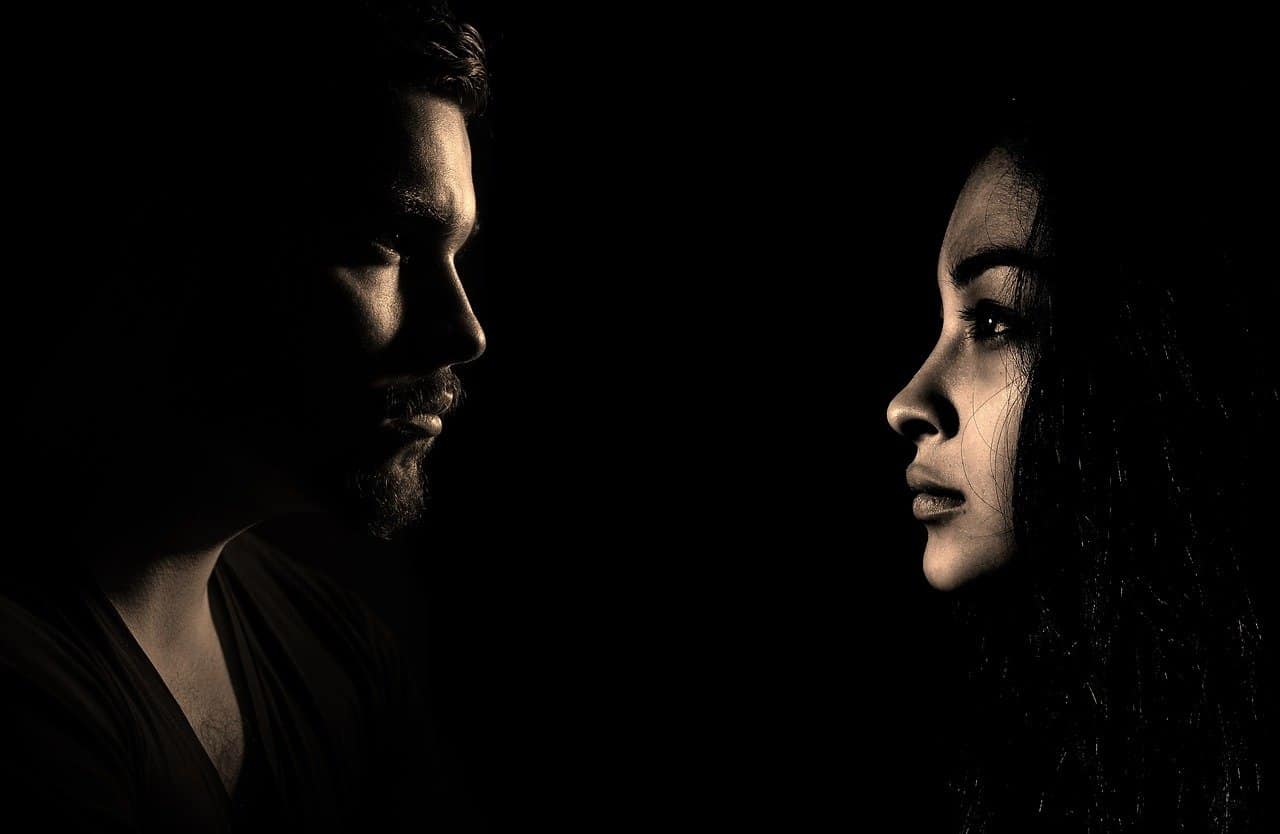 Now regardless of the situation you can be sure of some things:

Usually a robber does not improvise but has planned the aggression, deciding the place, the type of person (the victim), etc.

Surprise and improvisation is all for you, especially if you have never trained and trained to this eventuality.

A robber especially if serial had the foresight to buy a knife, to procure a weapon with the knowledge of having with him objects to give weight to his threat / “question” and have a suitable tool to punish you if you do not comply with his request.

Use an object as an equalizer of which it is certain that the victim of the aggression understands that it is better to listen to it without too much explanation.

If you see a knife in front of you, it doesn’t have to tell you that it’s an object that can hurt or kill you. 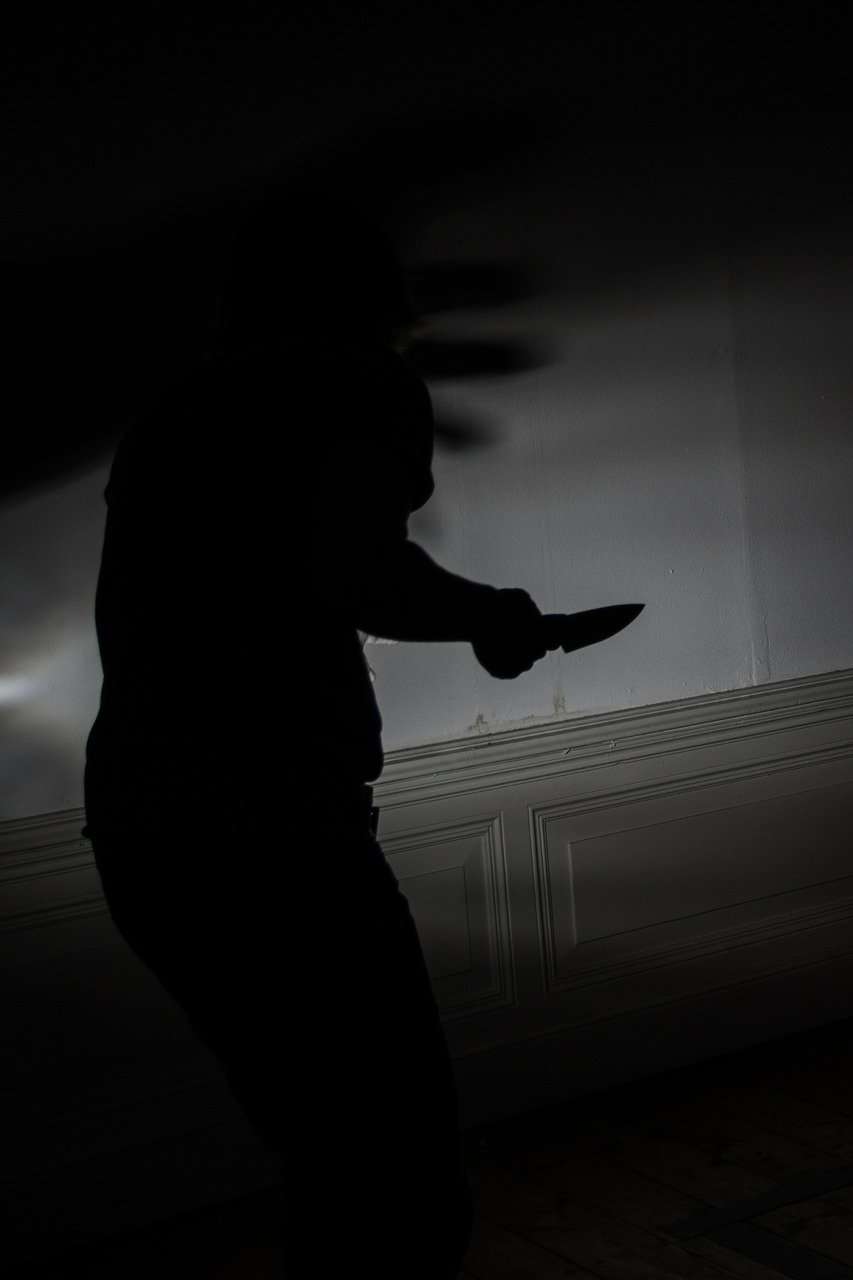 The knife is a tool that has an atavistic power and that acts strongly on the psychology of man,

The knife is a tool that has gone through the history of humanity filling it with positive and negative actions but its fame in killing comes even before the blade itself and that is why it blocks.

Two cases of requests from an attacker

Case 1 – The attacker “asks his question” in a decisive, confident and controlled way, so you surely immediately understand the potential dangers and consequences of what could happen if you do not respect the agreement and it is probably better to respect the agreement that you have proposed.

Case 2 – If an attacker is nervous, emotional, sometimes shy and in control of the situation it is more difficult for the victim to understand his request and then to accept the terms of his request that he used to “negotiate”.


In this context too, the attacker’s verbal and non-verbal communication skills are also crucial to the victim to know exactly what to do.

Sometimes you risk more with an aggressor of case 2 because you see him hesitant, undeased and read a chance to escape, to get out of it, he is not giving you the right instructions to get out well both in the negotiation but this can cause an escalation of violence. 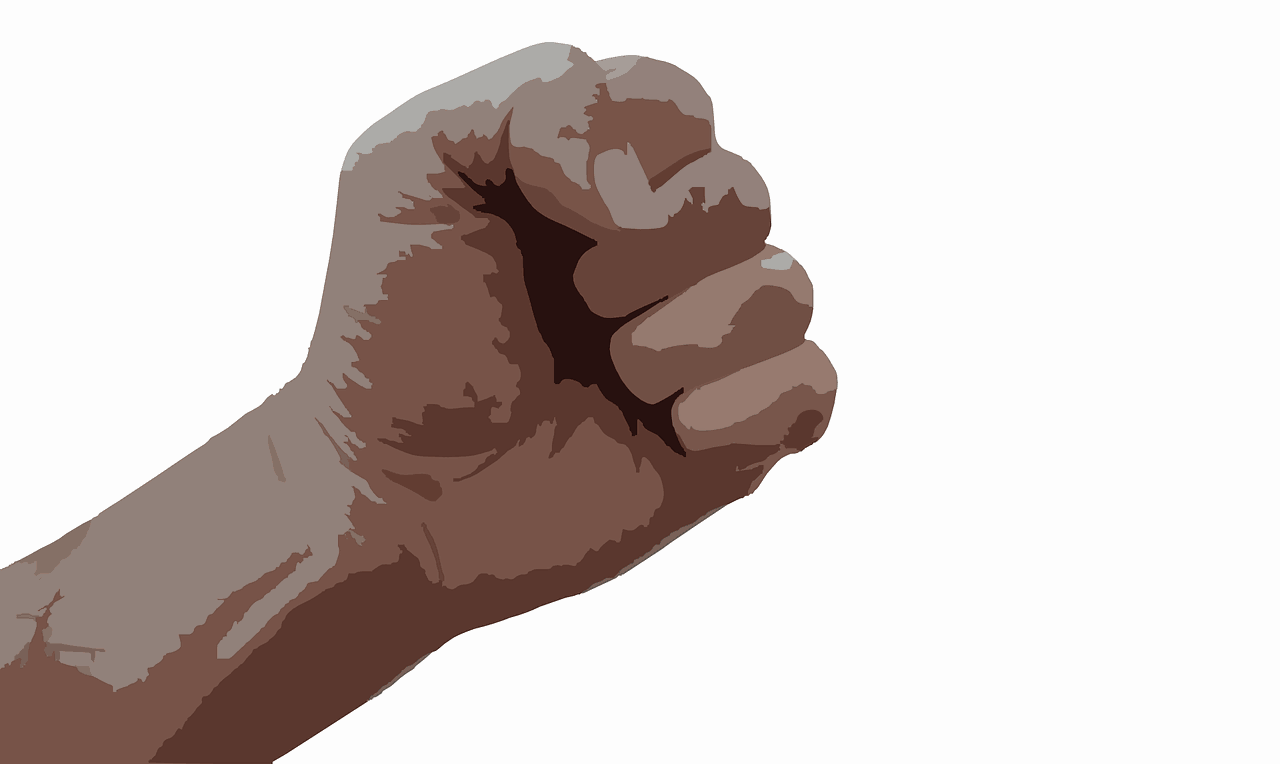 The threat is a negotiation

A threat is basically a negotiation where if you respect that what it asks you is all right and if it does not happen many scenariosopen up .

The context is everything, like the emotional state of the aggressor because this is the determining factor.

If you talk to someone who works in the field of security (local / market / etc.) it is easy that he will tell you that he has lost count of the times when a person who stopped for anti-shoplifting or threw out of a local, promised to make him payfor it .

Now you must always take seriously all kinds of threats and intimidation!

You should never underestimate threats or intimidation, but with a look at how:

The threats and intimidation in which a person or group of people immediately tells you to the discussion, must scare you much less than the person who leaves in silence and without saying anything but later tells you that he has a strong desire to make you pay, to hurt you. 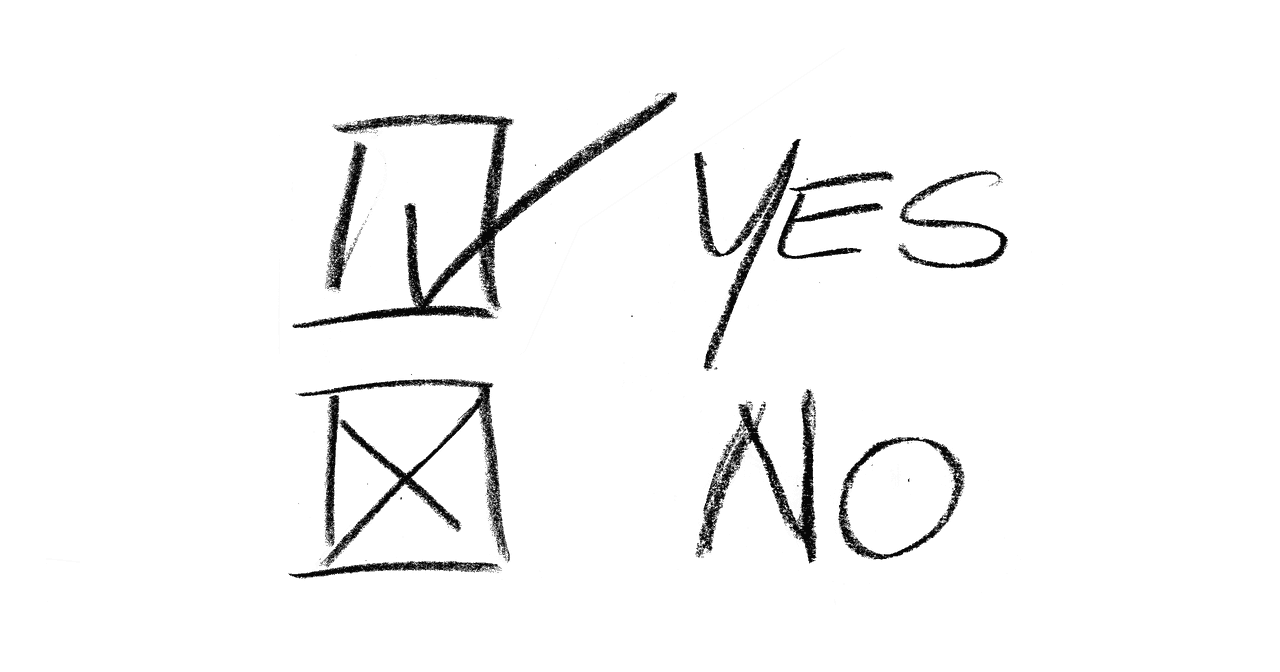 Why am I telling you this?

Delay is one of the key factors in determining seriousness and intention.

To understand a person’s real intentions, you should always consider these two factors:

With these two elements you can make a good assessment

Let me explain it better! 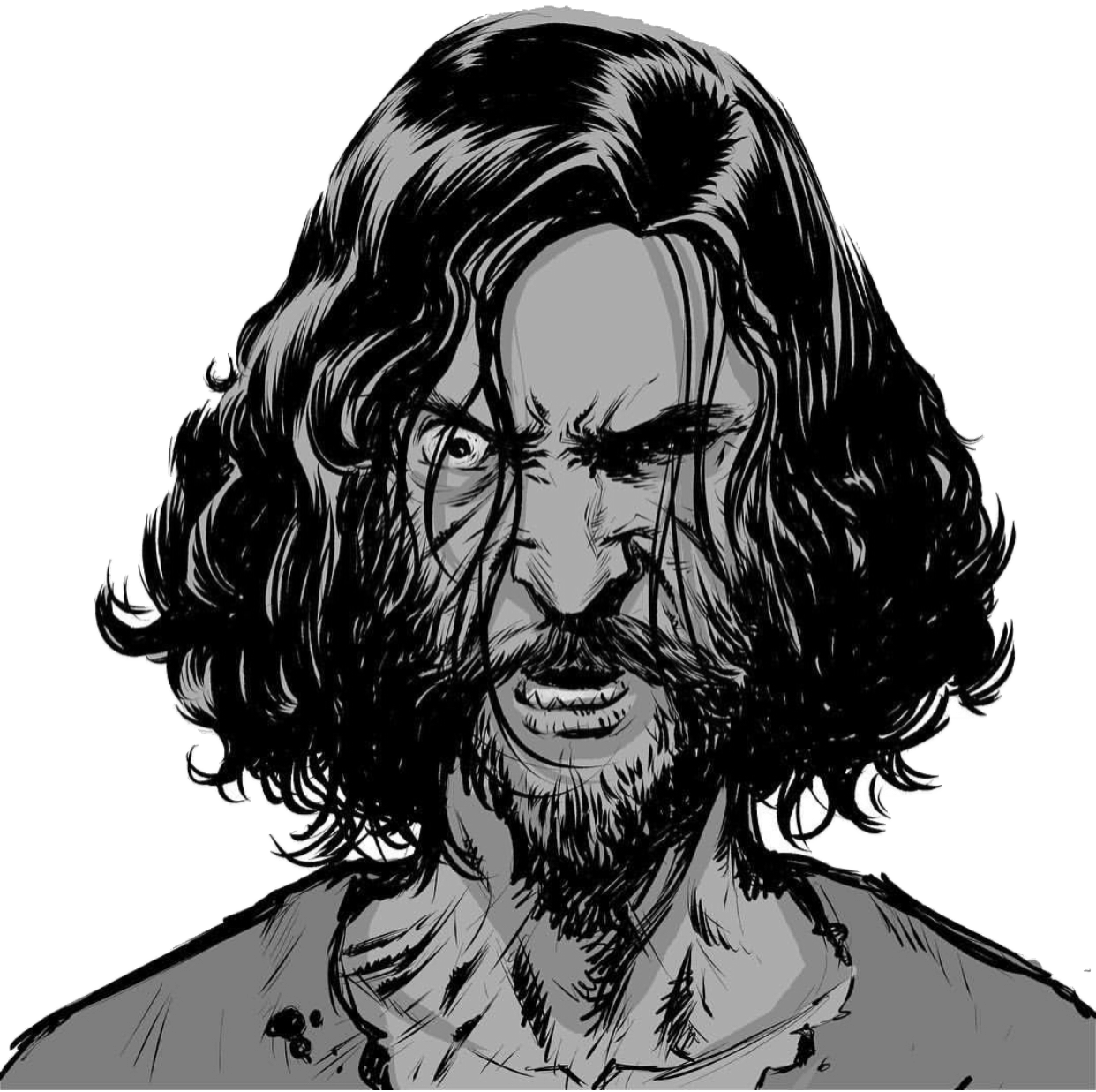 An emotional person is the one who immediately makes you heavy threats or promises to hurt you.

This kind of person is much less dangerous than someone who later becomes emotional and promises to cause you harm and injury, and even worse if he uses terms that do not give alternatives, with absolutist terms such as if you do it again or avoid looking at me, etc.

Even worse if those promises of intention are made privately and not publicly,although private threats are usually rare it is easier for them to be public before the aggressor actually intends to put them into practice.

Who knows how many times you’ve known or seen some scene where someone said/promised or told you they would kill you.

Here are the words spoken in an emotional moment mean little or nothing after arguing for a parking lot, or a row, or because you are safe and you have escorted someone out of the room, or recovering stolen items in the market, etc.

A similar thing is also when a threat arises at the moment that the fact happened with phrases such as “you’d better buy me another drink or kill you“.

Here are always threats that have no follow-up and intention, they do not count anything.

That doesn’t mean you don’t have to take the threat seriously but this way must make you understand that “demand” comes in a place/context where the person is not sure to achieve his goal by any other means he has and therefore uses this method of threat.

The aggressor in this case feels the need to intimidate you and does so by making extreme requests and threats that go far beyond the alternative they are suggesting.

Such as “death against a beer!” It doesn’t make sense to say that.

Weak people who show up seemingly strong, or as tough people, are people who are motivated by fear, are often relieved and grateful, when they respect their rules.

Even if he says it is very likely that he will not put into practice the threats he has made.

Understanding the partner you’re negotiating with

You have to be very careful anyway! All the time! But..

He’s using the best shot or psychology in the case of threat he has, there’s nothing beyond that, they’d like to end the dispute with one action.

So it’s a weak psychology and a poor ability to fight.

They try to impress!

They’d like to sort it all out right away in an instant!

The individual who starts with passive requests, “you should think about doing it”, who then switches to active requests, “this is what you should do”, which then will evolve into real threats, “if you do not, this is what will happen” then it is essential that you take these statements seriously, since they are the people most likely to act.

You understand that you are in a state of escalation!

He’s looking for the right time to hit you.

The people who act with this increasing approach of the moment, do not think beyond that moment and this is the critical situation of escalation but it is also the time where if you can communicate and make consider the consequences of their potential actions.

Often making them “see” the potential consequences dissuades them and you can lead everything to a win to win where no one gets hurt.

Consider that the person who builds the action over time probably thought about these events and considered them.

He has reached a conclusion on how to avoid them or put them into practice so you have to be very careful because he still has the emotional background emotion of aggression, which he continued to nurture.

He’s thinking about how to make you really pay!

The person who accumulates threats and promises of increasing intensity and degree is much more likely to act physically than the person who exaggerates quickly even if the danger they represent seems more immediate.

If you succeed and you can create a small amount of time and space, then it is likely that you can apply de-escalation techniques.

The person (aggressor) who listens to you and ignores the alternatives you are proposing to violence and begins to increase his demands and threats is much more likely to act.

Don’t wait for him to leave first!

The most dangerous person

The most dangerous and also the most difficult to predict is the person who leaves physically but not mentally, the one who walks away and who seems to have received and accepted defeat but instead is a calculator.

This is the worst because she is the person who is really preparing a revenge, but not immediately, wants to study you, get to know you, to hit you when you least expect it and not in any place but that give her a strong advantage of action and surprise.

Here it is not a punishment, an action of domination, here usually a murder takes place!