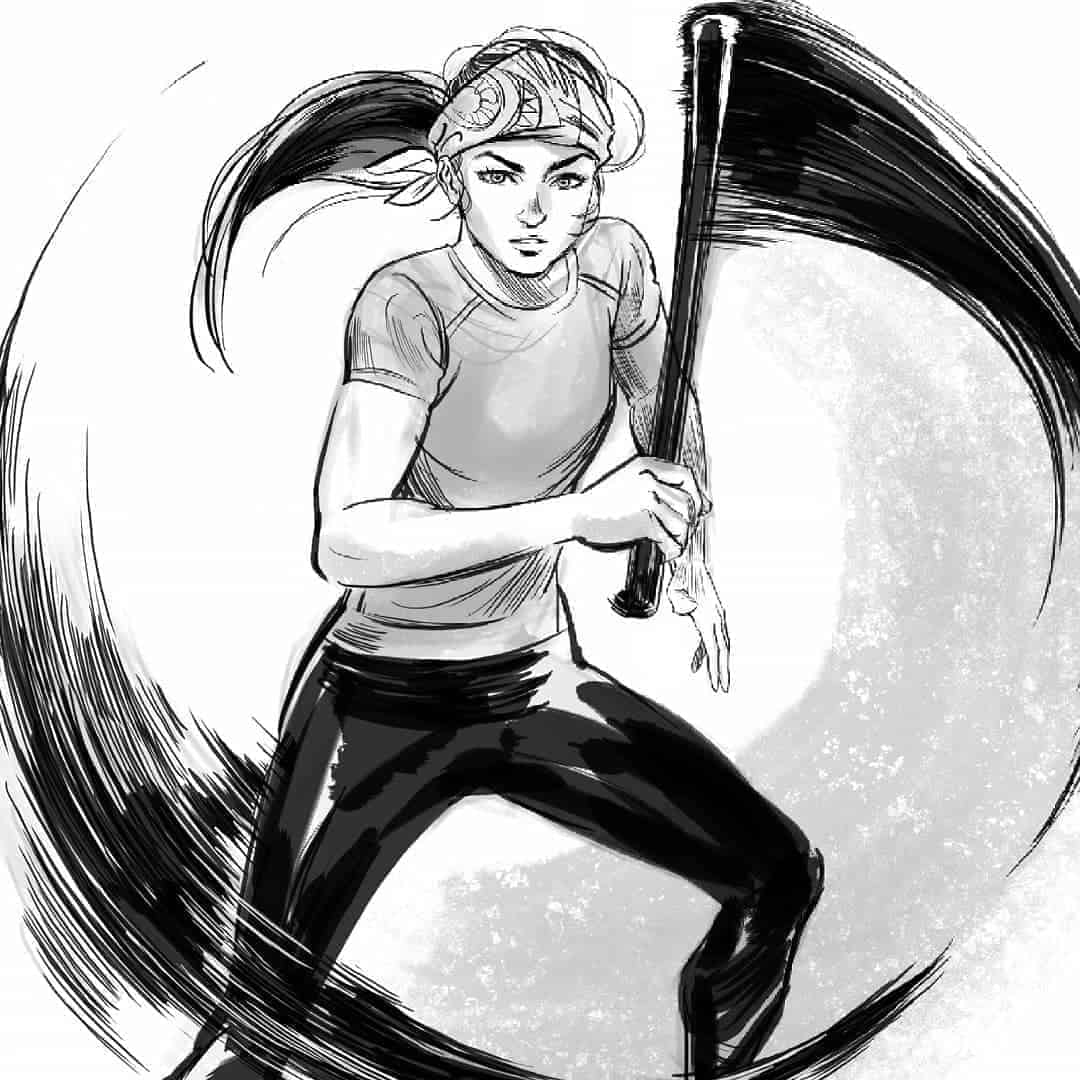 Traumas with the telescopic stick and effectiveness and impact capacity of baton steel.

More and more often we read articles questioning the effectiveness of the telescopic defense stick(baton steel).

One of the key reasons for this discussion is often videos where people who do not have a training use telescopic sticks hitting people in the wrong places that clearly causes pain butunder the adrenaline effect more than hearing burning does not.

The fight with the stick has a precise pattern and with precise targets to make it destructive especially when the weight of the stick is light.

Today if you are a modern practitioner of Filipino martial arts (FMA), the telescopic stick or also called expandable stick, it is to be inserted as a practical alternative to the hardwood stick or rattan olysis.

Advantages of the telescopic stick

The telescopic stick has the advantage of being able to be carried in a hidden manner and to be used as a palm stick with the appropriate precautions that relate to the risk of an accidental opening of the stick, and to extend it and have a stick to perform percussion techniques, levers and choking.

Although it lacks the balanced balance of its traditional wooden counterparts, the telescopic stick has the advantage of ease of transport and concealment that is fundamental from a self-defense perspective.

Important! Transportation in many countries including Italy is prohibited.

The mechanics and size of the telescopic stick

The telescopic defense stick commonly consists of an external cylindrical steel shaft with two or three internal telescopic shafts plus a solid tip that maximizes the weapon’s ability to hit and increases its impact power and weight on the tip.

Today there are some polymer versions that make it durable but lighter.

The stick is opened by a strong blow of the wrist and collapsed by slamming the solid tip on a hard surface.

Telescopic batons are available in various lengths of 40 cm, 50 cm, 66 cm and 78 cm are the most common. 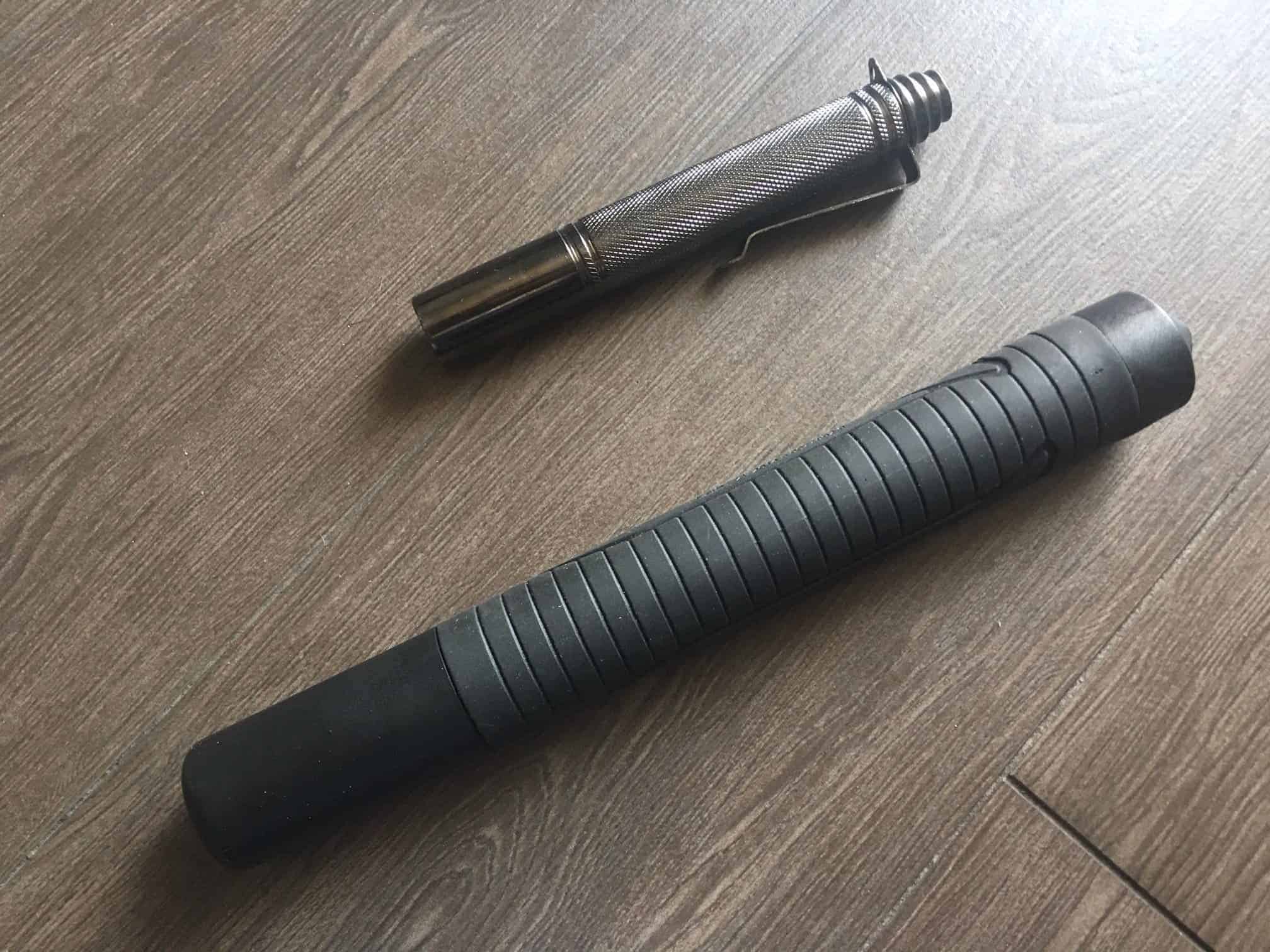 There are several versions on the origin of the telescopic defence stick including a version that says its roots date back to the 1960s when gangs in Ireland discovered that car antennas could be used as weapons.

Interestingly, it was also in the 1960s that the folding steel keibo was introduced to Japanese policemen.

The Japanese version of the expandable stick, with its sword-breaker guard, is based on the design of the jutte, a samurai combat weapon.

The most popular manufacturer of telescopic batons is the company Armament Systems and Procedures, Inc.

No wonder then that ASP has become the generic term for the telescopic stick.

I want to repeat that it is a dangerous tool and that transporting or using it irresponsibly can cause you serious legal problems.

The purpose of this article is to make you better understand the ability of the telescopic stick to inflict trauma not only from a percussion or impact point of view.

The telescopic stick can be used closed or extended: 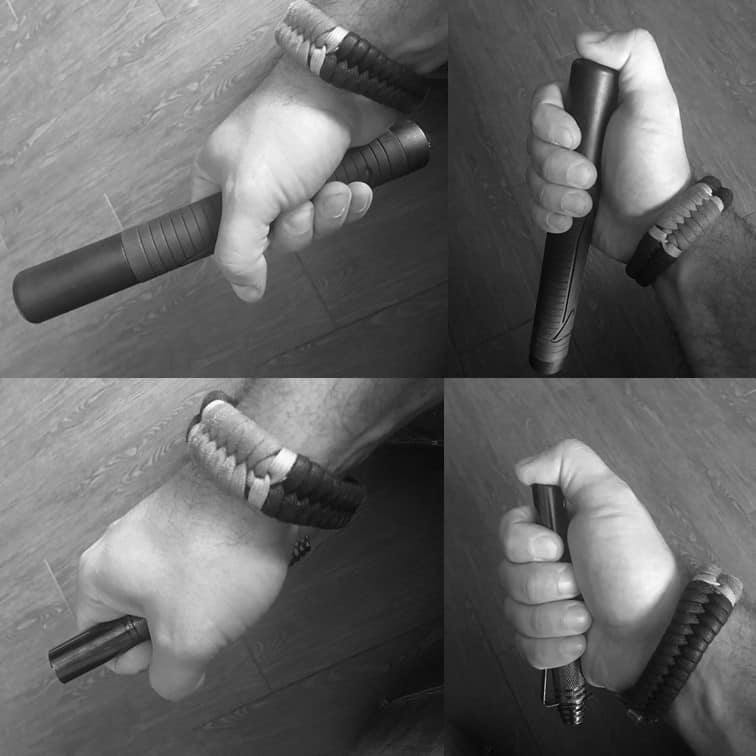 Ps. Be careful in hammer and notice how the thumb fastes the tip of the stick to prevent the two inner trees from expanding completely.

Using it as a palm stick I do not find it the best way since having a stick and not taking advantage of its length and keeping it with a thumb exposed above with the hand so already half open can make sense with the necessary premises.

Being an impact weapon, the telescopic stick is likely to cause trauma to the taut head, trunk and limbs.

For a Filipino martial arts professional, the telescopic stick can be used closed or extended.

When closed, the stick can be used as the tabak maliit or palm stick.

It may lack the range by exploiting the length of the stick but the collapsed stick has more mass, which makes it a more harmful tool for hammering or hitting the bony parts of the body.

Since the most damaging blows with a stick are always on the head and exposed hard parts of the bones it is good to examine how much force is needed to fracture the skull.

If the skull hits a hard surface, an energy of 33-75 ft-lb is required to cause a single linear fracture.

The torque of most portable power tools is measured on their feet (pound-pound), so looking at the strength they generate will give you an idea of how strong a “33-75 feet-pound of energy” is.

What material the weapon is made of will affect its performance, for this reason; It is useful to know how the telescopic steel stick has an impact capacity superior to other wooden or plastic batons.

Hunsicker in his book “Advanced Skills in Executive Protection,” cited a formal study of the telescopic stick in comparison with other impact weapons issued to police officers, it reads, “P. Gerais and P. Baudin conducted a study on various sizes of extendable batons compared to the PVC work stick with standard emission. The project also included a tonfa stick and a traditional PVC police stick.

Compared to those quantifiable mechanical variables, considered significant for trauma, and the expected application of the witness as an intermediate weapon.

These variables included: impact force, impact pressure and kinematics of movements, while performing swinging shots with these different police batons.

The three expandable steel ASP batons, compared to the PVC tonfa and the classic PVC police stick, all produced smaller impact forces than those obtained with the PVC sticks.

Which translates into more depth!

The greater potential of the telescopic stick

Not considering its considerable potential, the greatest stopping power of the telescopic stick lies in the use for the application of strangulations.

The pressure on the neck

If you use the stick to apply pressure on the neck area from behind, frontally, with a figure 4, etc. it can be deadly and can only be justifiable in situations where there is a serious imminent threat to your life.

The pressure above and around the neck line is well known to be a potentially lethal action if held for a number of seconds but with the stick all this is amplified making the technique even more effective and dangerous in a short time.

The painful pressure is immediate and the blockage of breathing and arteries is deeper going to decrease the time of suffocation or blockage of blood flow, speeding up the process of fainting or if further restrained death.

Death can be caused by compression of the neck by any of the four mechanisms or by the combination of two or more of them:

Vague stimulation causes bradicardia (slowing of the heartbeat) that can progress in asistolia (a state of zero cardiac electrical activity) or, in some cases, immediate asistolia ” (from” Forensic Legal Medicine: a guide for the doctor “of Margaret M. Stark ).

Today they are often light and polymer and therefore do not have a great impact power unless they are very precise and use it to “break the snake’s tooth“, therefore on bones as small as those of the hands. 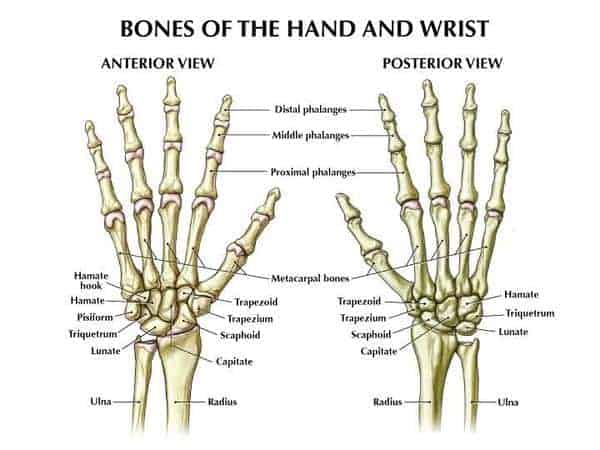 The telescopic stick is an instrument that requires training to be used correctly to avoid seeing situations in which its stopping power is questioned.

Probably at the level of impact capacity is more useful a displacement agent who is heavier with a greater destructive power but is lost in concealed and ease of transport.

Personally, I find the displacementr more versatile but we are talking about two very good personal defense tools.

Attention! If you are going to count for your life on a weapon, then it is better to choose the best quality that you can afford, and the same thing applies to the choice of knife.