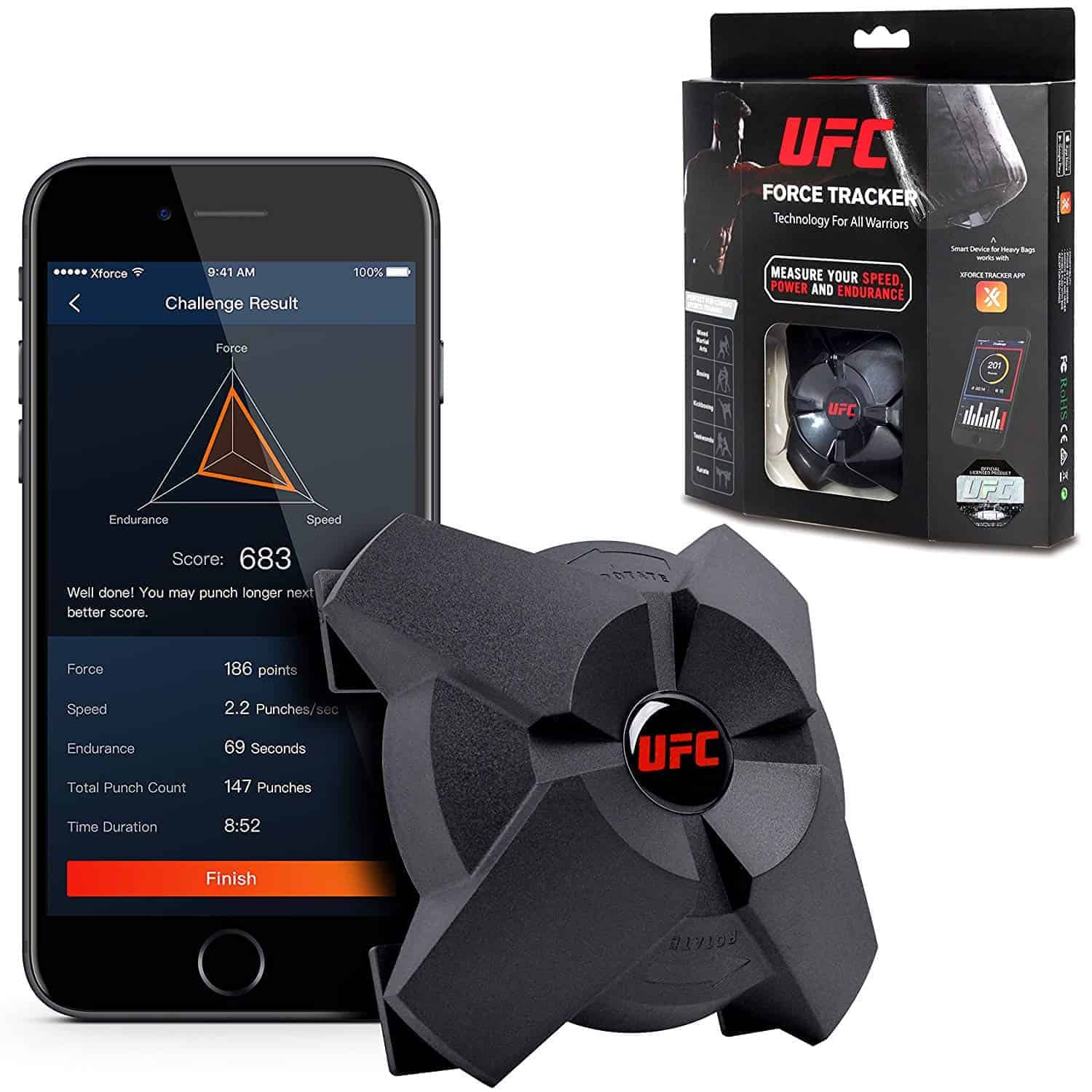 The UFC tracker is a smart device that attaches to the base of a punching bag.

Unlike the others boxing trackers that are worn by the athlete under the gloves in this case the sensor is positioned in the lower part of the heavy bag and this allows to detect all types of shots (Hand Strike, Elbow, Leg Kick, Knee, etc.) and also allows you to detect for all the same data unlike the boxing trackers worn by the athlete but there is no advantage of being able to use them by doing sparring or focus mitt / pao.

So these are two different products with different characteristics of use:

In this case the UFC Combat Strike Force Tracker is fixed on the bag just clean and dry the bag with the wipes includedin the package, attach the sensor via the included stickers on the bottom of the bag, let the sticker dry for 8 hours.

The UFC Combat Strike Force Tracker product requires 3 AAA batteries (not included) and you need to download the x force tracker app for iPhone or Android (iPhone 4s and later and Android 4. 4. 2 and later) and synchronize with the device with bluetooth. 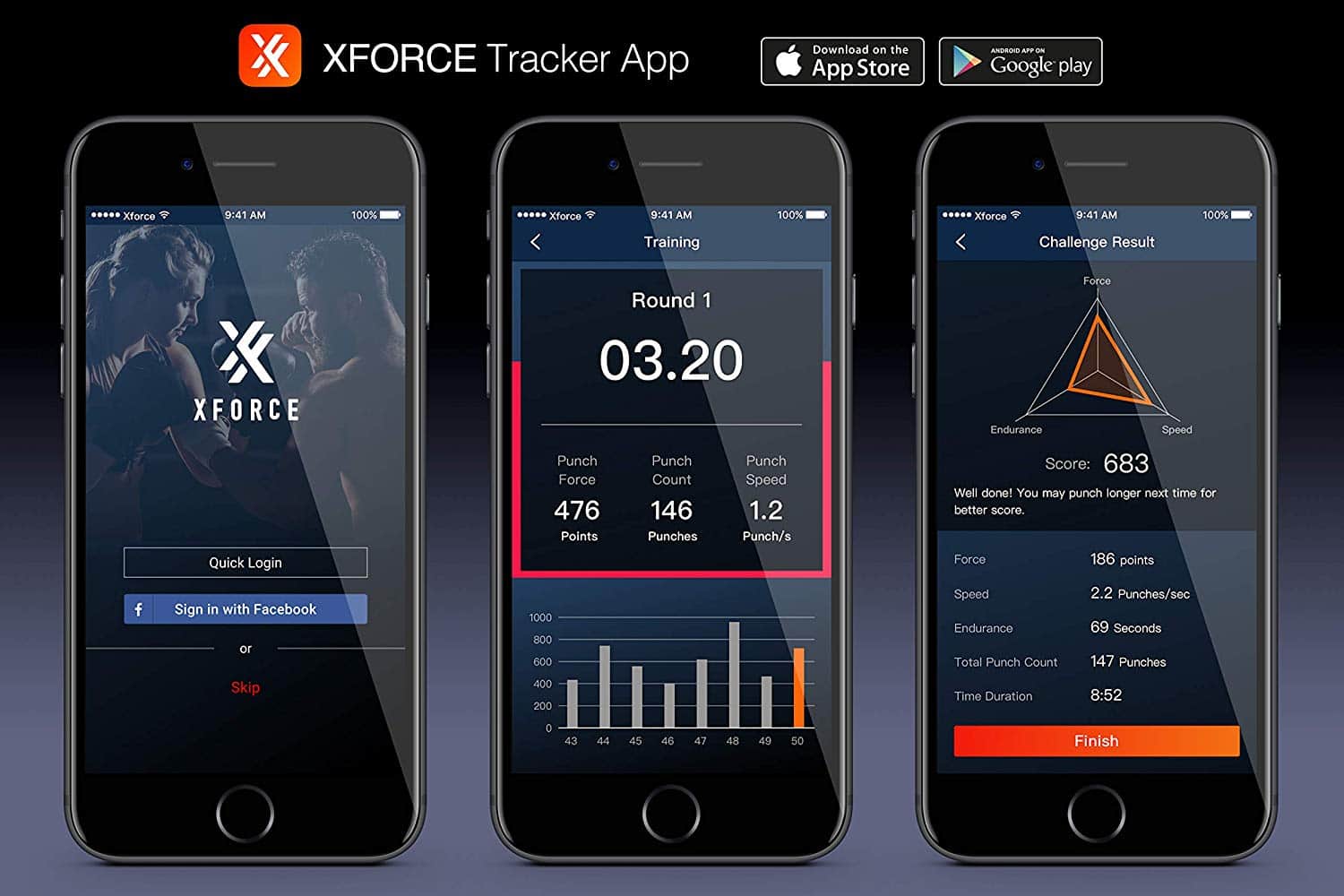 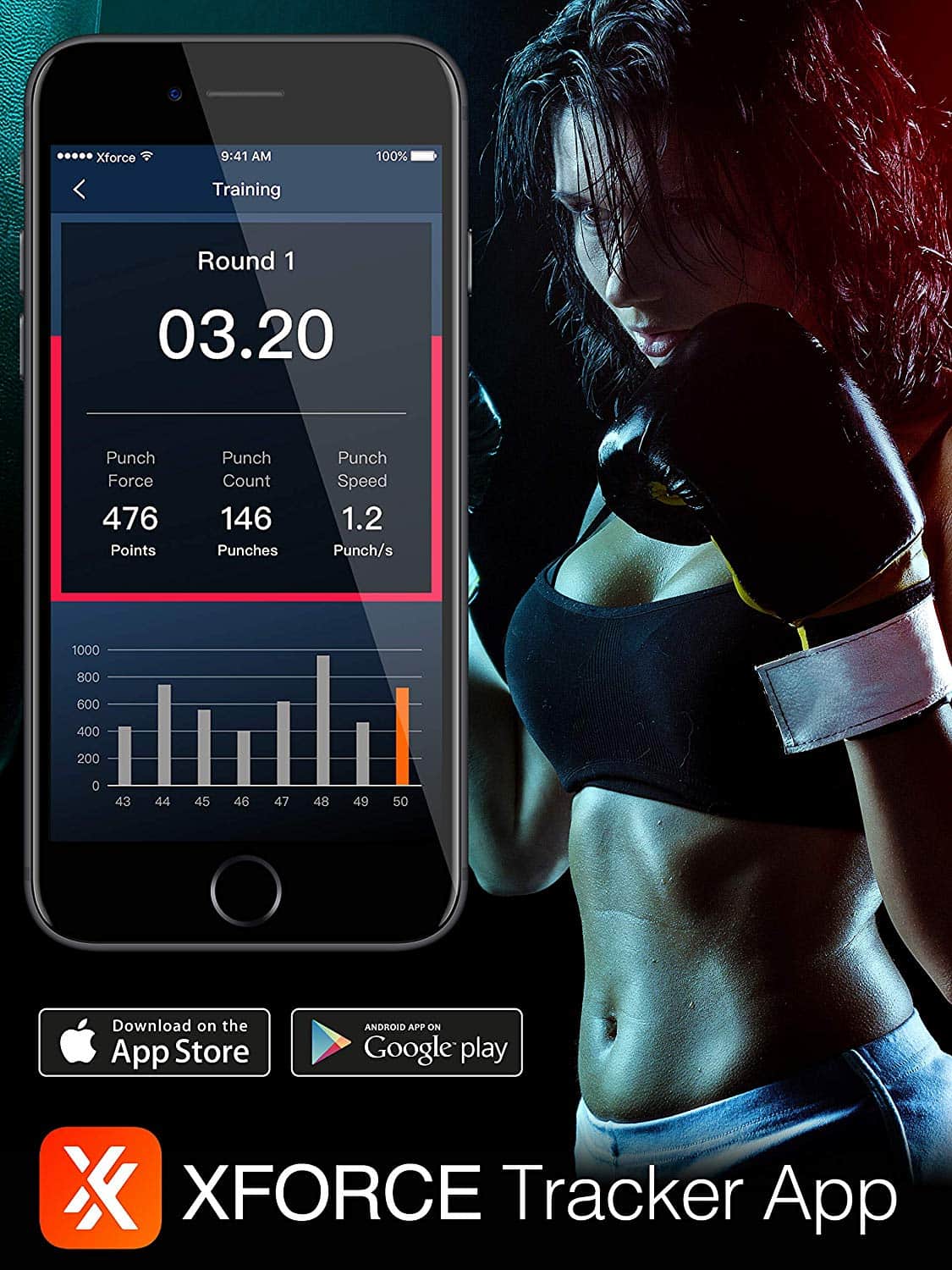 Performance monitoring technology in sports has become the norm in most sports over the past decade, and combat sport is no exception.

From Hykso in the US to the very personal UK Corner (both punch trackers), several combat sports-specific brands have popped up in the past two years.

Even one of the most iconic brands of combat sports has provided its own product version with the Force Tracker of the MMA UFC mega brand. 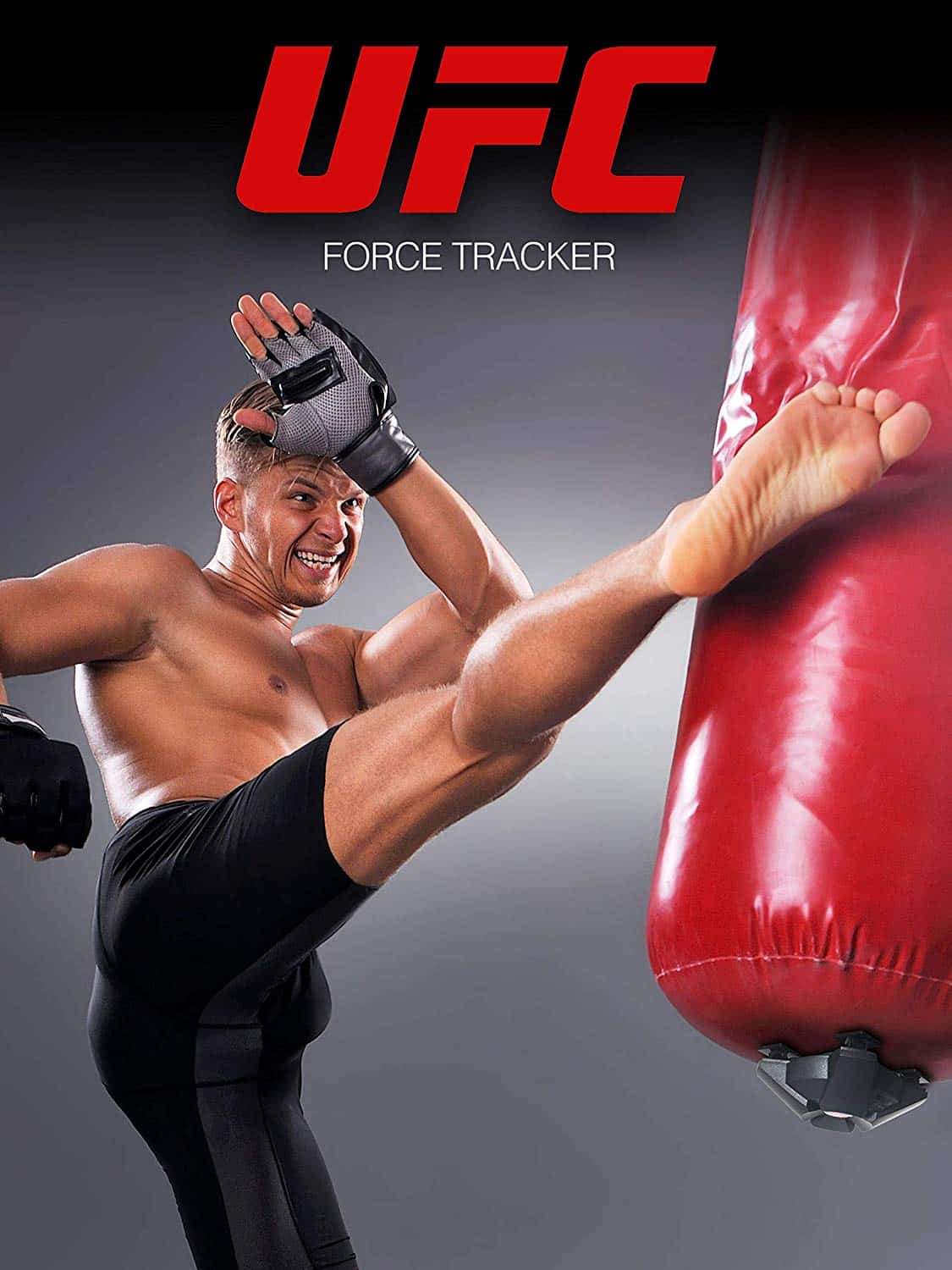 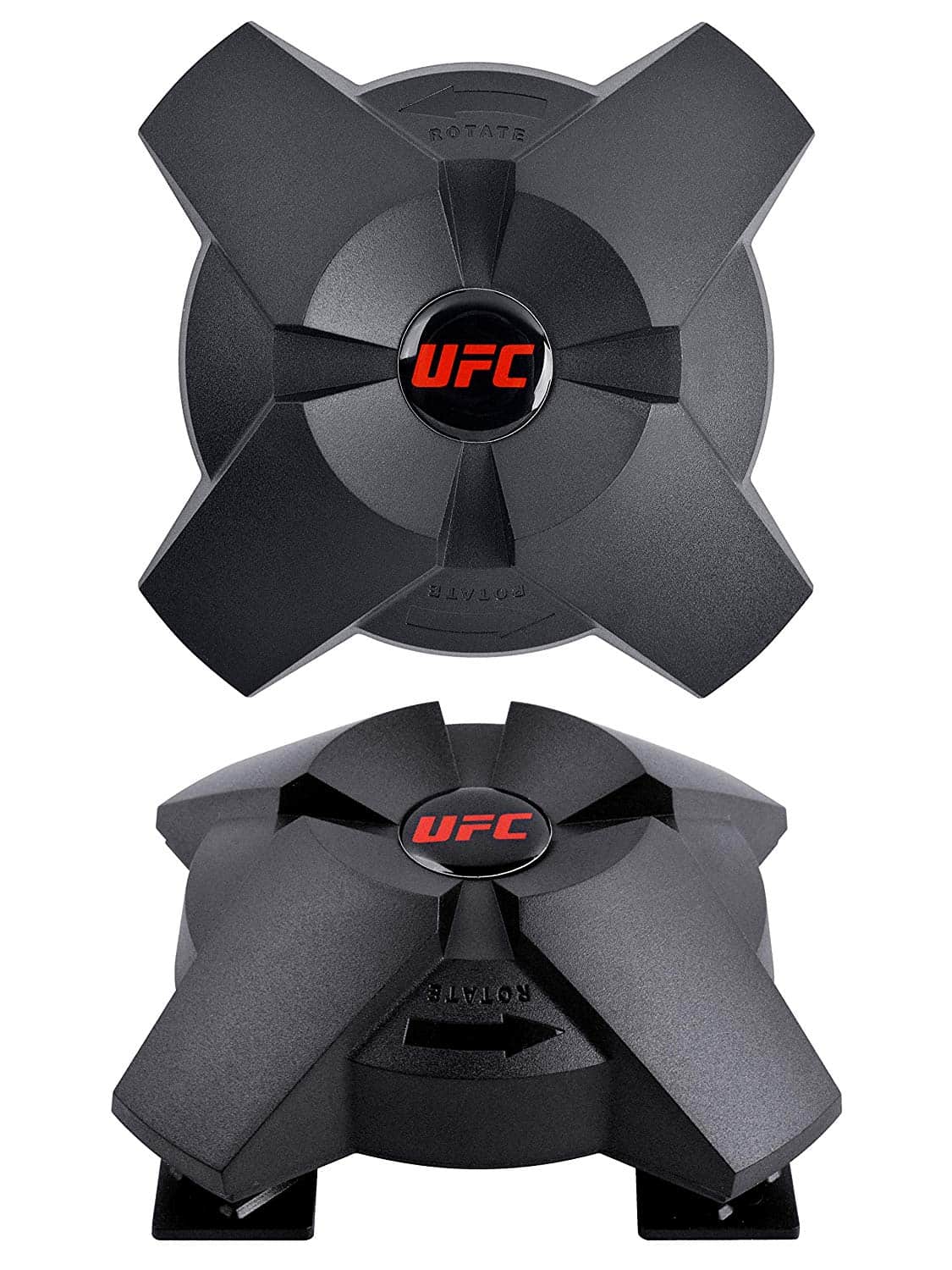 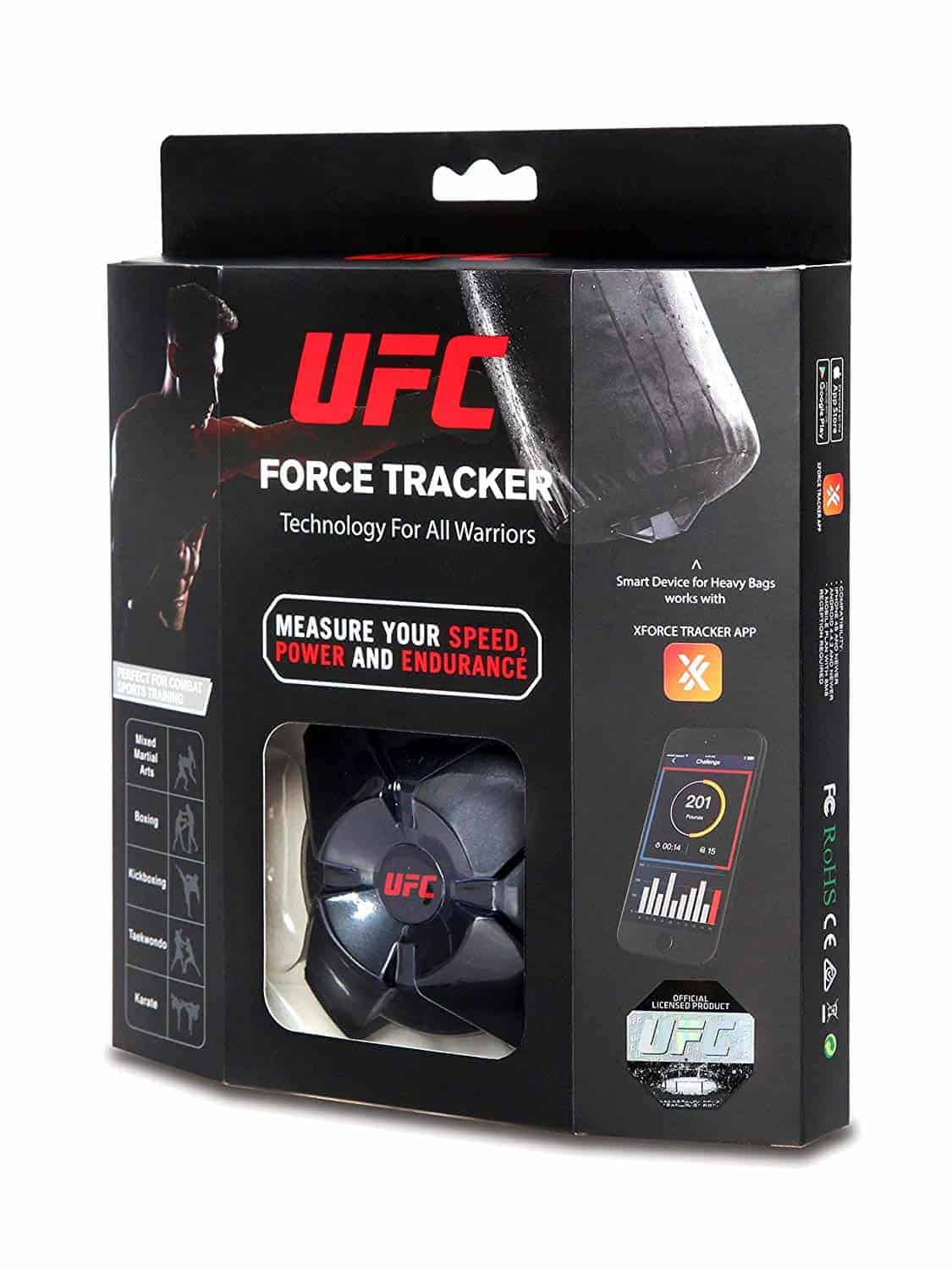 What it’s like to use UFC Combat Strike Force Tracker

Then we have installed the tracker firmly attached to the bag and we are ready to throw the punches.

A few attempts to start and already the shots immediately begin to register on the smartphone screen.

Working even with increasingly strong kicks, knees and elbows, the speed between shots and screen recording is almost instantaneous.

The tracker works well and is simple to use at a very competitive price.

The advantage over the punch trackers worn is immediately evident:

monitoring is not limited to punches only but the UFC tracker is designed for a multitude of fighting disciplines, not just boxing: knees, kicks and elbows are recorded just as effectively.

The only downside is related to mobility compared to wearable trackers because the installation is fixed to a lot.

While Hykso and Corner can be transported to gyms, clubs, parks, etc., the UFC is attached to a lot, limiting its use to one place.

However, tracking feedback is both informative and compelling in using it to challenge yourself to improve yourself or to challenge training partners.

It is also worth noting how well the tracker attaches to the bag with only 4 adhesive pads that attach the tracker to the bottom of the bag and after several uses it seems that despite the blows and vibrations of the bag the tracker has still remained firmly attached.

With your personal profile set (weight, height, etc.), there are essentially a couple of training options:

The Training mode on the app allows you to set the number of rounds, the time of each round, the break, etc.

If you train yourself, it is a useful little tool to direct your training.

More fun and engaging is the Challenge mode: an assessment of your combat skills, taking into account your attack strength, speed and endurance.

Challenge mode also allows you to track your performance compared to other members of the UFC Force Tracker community in their Global Ranking League.

We hope that with time there will be upgrades of the app to be able to insert other training modes. 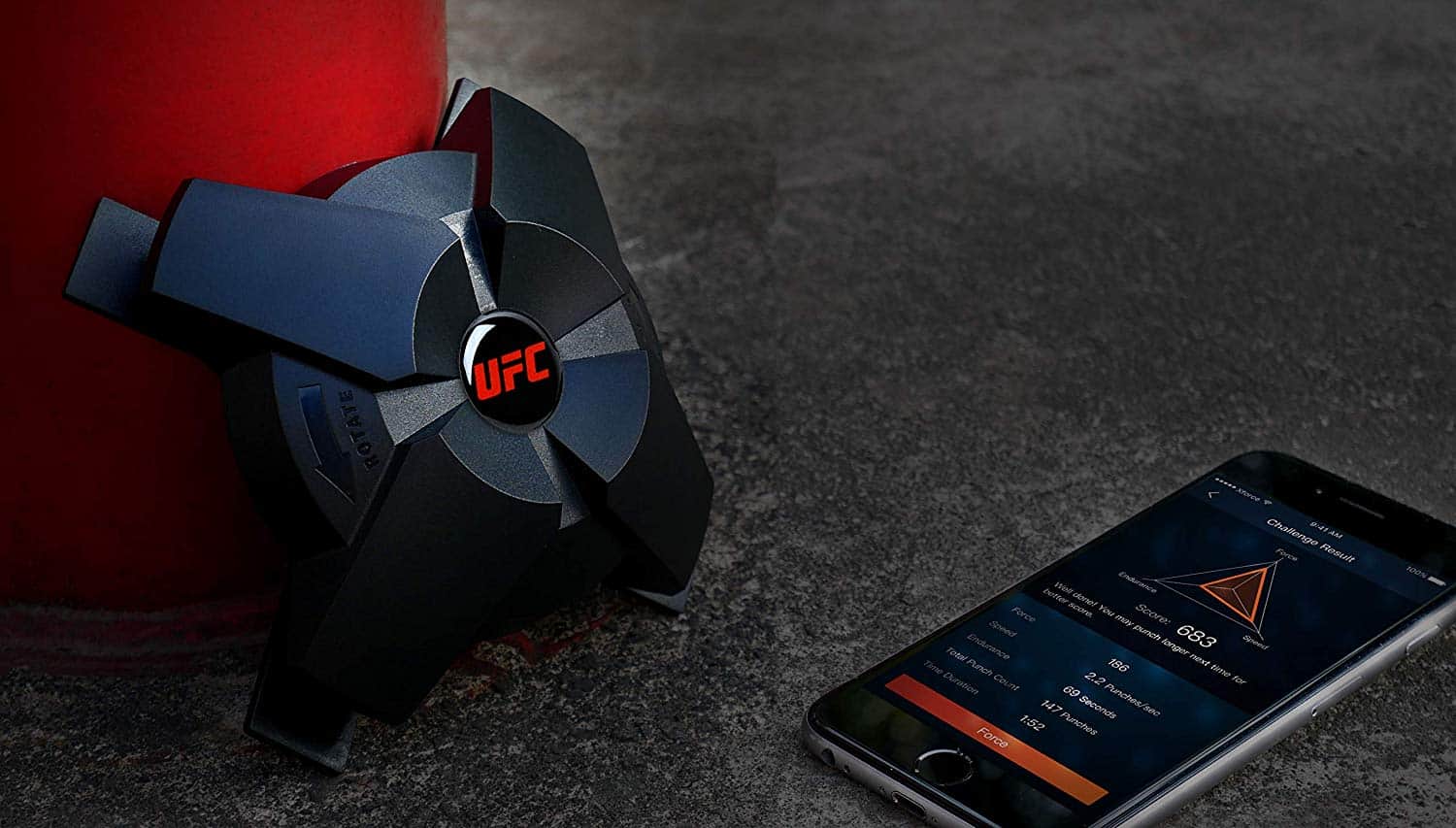 One of the biggest advantages of the UFC Force Tracker is its ease of use.

It’s super easy to set up and use, and the information is easy to understand.

For some users it could also be a negative aspect and compared to for example the Hykso Punch Trackers it is more basic and seems a little less scientific in its approach.

In fact, if you take your training seriously and want to get a thorough insight into your training (at least for boxing work), the Hykso and Corner could still be the tracker to orient yourself on but the price is very competitive and can be a tool to add to your home gym for fighter or combat sports gym.

But it’s hard to give up this bag-mounted tool like the UFC Tracker.

Its ease of use and ability to support all kinds of combat disciplines make it an interesting proposition.

It may not be suitable if you need to put it on a sack in the gym and put it on and take it off but for home gym users with a saccon in their garage and who want something ready to start training quickly is ideal, there are few devices that can compete with UFC Force Tracker.