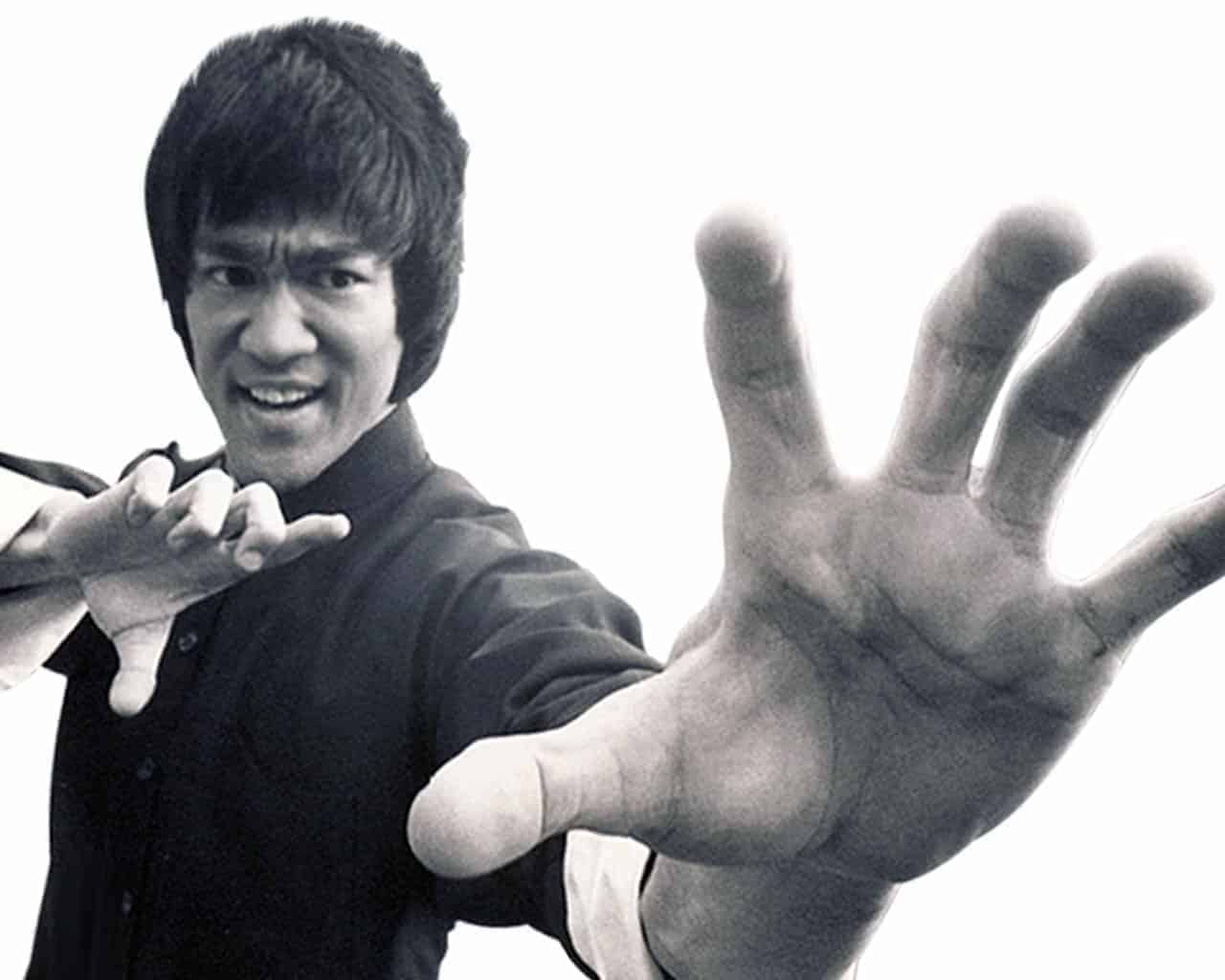 This form invented by Bruce Lee dates back to the early days of lee’s Kung Fu abandonment.

Although the teaching of Ung Moon was abandoned by Bruce Lee at some point in his journey, Dan Inosanto felt that the form was still useful for the training of the new students of Jeet Kune Do, and still today is included in the Jun Fan Jeet Kune Do Curriculum / Program of theInosanto Academy. 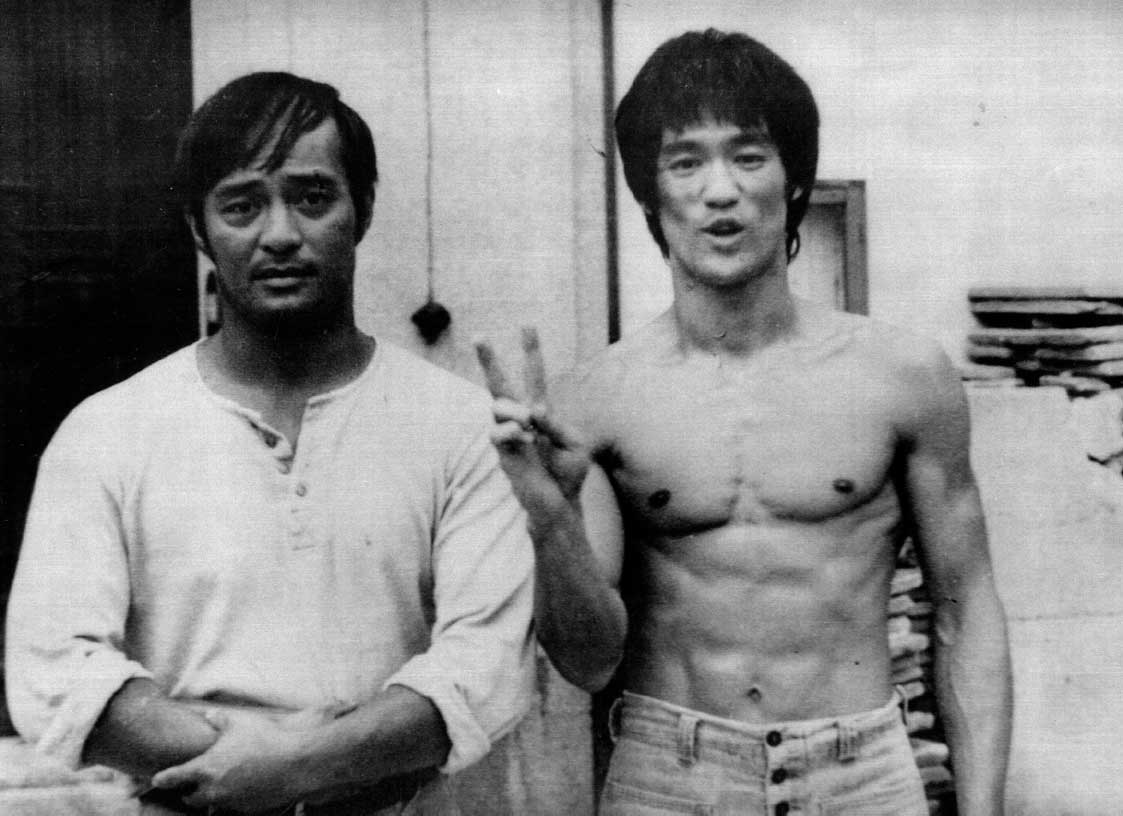 This form was not intended to be a static form,but a way to execute the four corner defenses and basic combinations of entrapment.

Bruce used it as a propedeutic form to learn simultaneous defense/offense methods.

What is the Ung Moon form?

The Ung Moon is a form invented by Bruce Lee around 1964-1965, during the Jun Fan Gung Fu era, then before the founding of Jeet Kune Do. The name “Ung Moon” means “5 doors or barieres or gates”, as, as a primary concept, it teaches you to deal with attacks from five angles

Bruce Lee believed that the sequences in this form was very useful for new students to learn some of Wing Chun’s core moves, such as the sympathetic attack and defense (Lin Sil Die Dar), variations of Biu Jee (spear finger) and some options for hitting them with their hands after trapping.

This theme can certainly trigger a long discussion about understanding the “formless” aspect of JKD, but I want to tell you that Ung Moon is taught in the Jeet Kune Do curriculum for historical reasons, since the foundation of JKD is the Jun Fan Gung It was, but also because it still has indisputable values for beginners (and not only) and that’s why cI used to tell you if the teaching of Ung Moon was abandoned by Bruce Lee at one point but Dan Inosanto felt that the form was still useful for the training of the new students of Jeet Kune Do, and still today it is included in the Jun Fan Jeet Kune Do Curriculum / Program of theInosanto Academy.

The execution of the Ung Moon form

In the Ung Moon, each movement is performed first with the left side of the body and then with the right side.

Before you start the actual sequence you need to perform the Gin Lai (hello), followed by Yee Chi Kim Jang Ma (neutral position of Wing Chun) and Bi Jong (combat position) with the right weight distribution.

A peculiarity of the Ung Moon is that the whole form is performed by saying the names of the moves, which is a good way to memorize the names, actually and personally I think the fact of adding the voice element in the synchronization with the moves toIt is also possible to assess the performance of the form by vocal sound, voice level and empathy.

I see it as a way to express the internalization of the movement reflected in the decision in communicating it vocally.

It is not something essential but a method that I prefer to communicate and that you can use in other contexts as well. 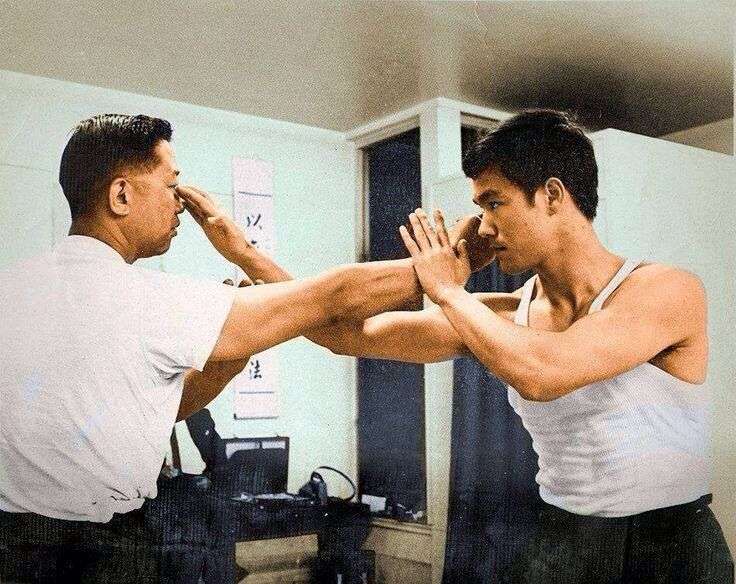 
Here’s the sequence. The shape is divided into 5 sections (I put a different space and colors to indicate the sections).

There are 16 movements (Biu Gee – Boang Sao – Lop Sao) is a prefix for each of the moves that follow.

The following words may be written differently (it is Chinese-Cantonese and some pronounce it differently than others, but the phonetics should be the same).

These are the essentials behind the form of Ung Moon. 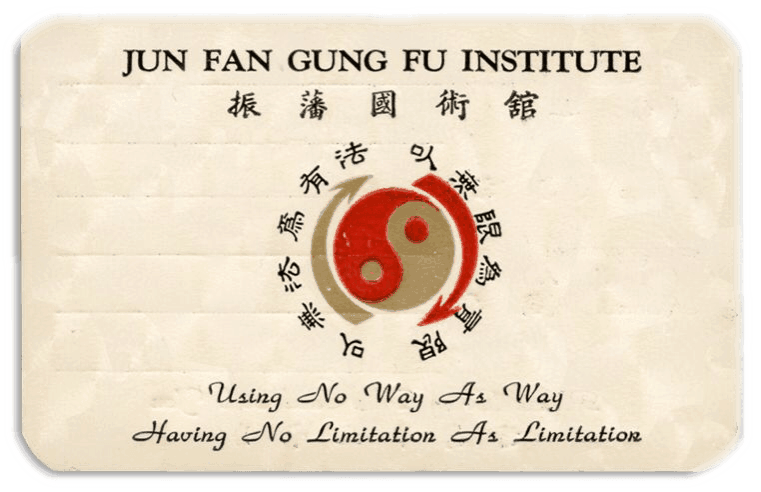 If you are a Jeet Kune Do practitioner, you should learn this form. It is not a difficult form to learn, and as with all forms, it gets its value in repetition, so even when you have assimilated and internalized this form continues to practice it regularly.

Consider that it is one of Bruce’s intermediate studies before the total abandonment of forms when he probably still felt the legacies of Kung Fu, but it is still an interesting approach to the study of a fundamental concept of simultaneous parade and attack.

Definitely to know and explore.