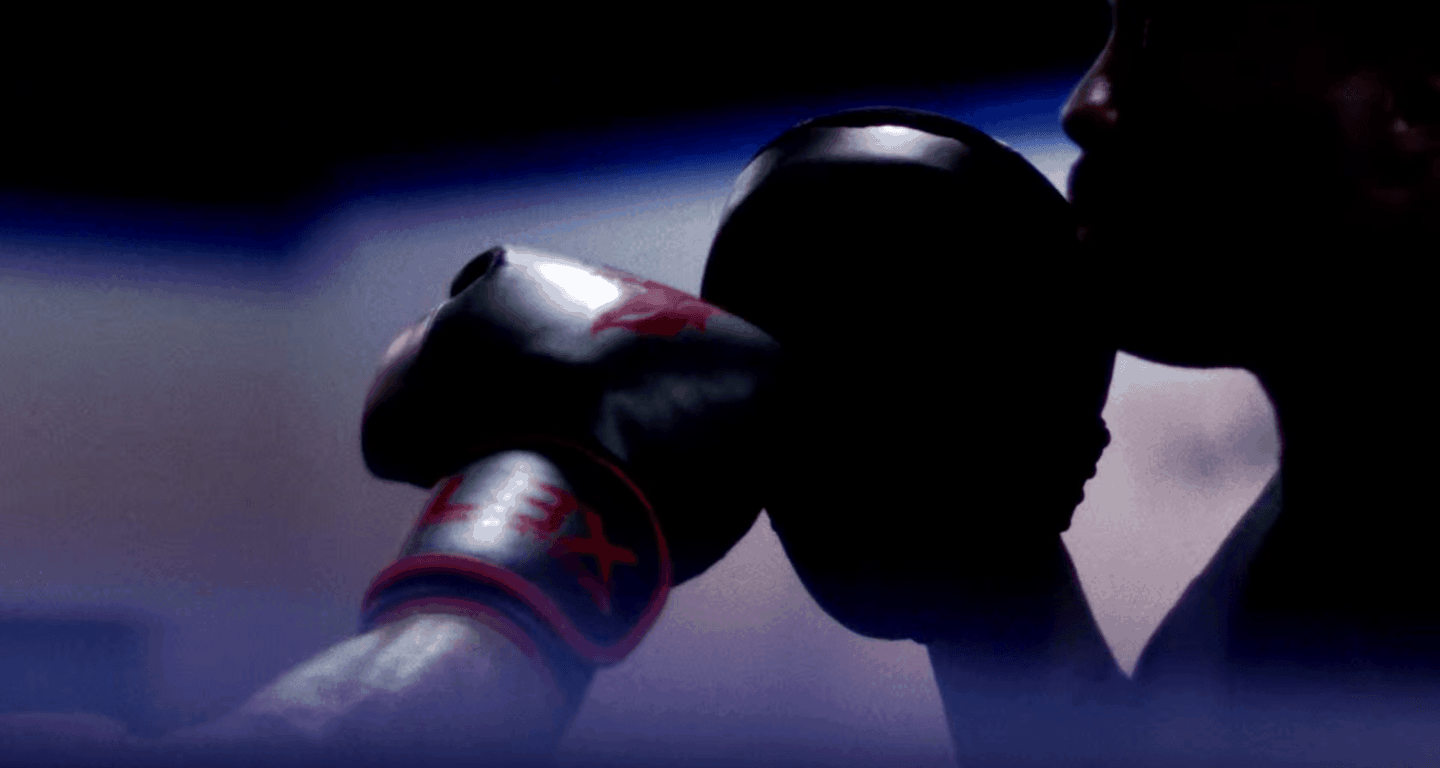 3 errors you have focus pad.

When you make focus pads beware of these 3 mistakes.

When you start working on the strikers whether it is focus or pao it is easy to make mistakes especially if it is not long that you do them or you do them so little that it is as if every time you start from the beginning.

So my advice is to be careful of these three common mistakes that are often seen to be made to those who start.

Hitting the pads or focus mitt is one of the learning foundations of all striking systems, whatever the sport or martial art practiced.

Now there are not only these three things that you have to be careful of, there are many more because the work on the focus is not so trivial even if it may seem something simple but it is not so.

It is easy to see when someone keeps you a target, the “target”, losing sight of everything else, it is no coincidence that the work of those who hold your pads is very, very important.

Everyone can learn to shoot pao or on the focus, complete a sequence of combos, etc. but it is also being able to build defensive skills and an intelligent footwork that allows you to be able to shoot hard in sparring where in front you do not have the pao but the gloves of your opponent.

Here are three common mistakes (especially if they’re the first few times) that you can develop while hitting the focus or pao:

Most of those who start doing paos or focuses are so eager to immediately pull the shots as soon as they see the focus or pao appear that when an opportunity presents itself they do not even realize where it is and how it is put.


You can never stand with your heels resting on the ground!! Seeing someone do the pao with his feet on the ground means that you have not understood anything about the basics of footwork.

Unfortunately, this concept becomes the main concentration for many who start to do the focus or pao during a training session, too bad that in your hand you do not have a firearm that just pull in that direction but you also have to put yourself at the right distance and with a base that allows you to have balance in order to have the right thrust that generates power in a certain direction.

Herein lies the problem: the eyes have been conditioned to be so extremely focused on finding goals, and footwork work is often totally overlooked.

Common mistakes and difficulty pulling the blow derived from incorrect positions of the feet, or simply because you keep your feet resting will begin to appear when a simple movement is required or a lateral movement is introduced in the work at the pao/focus.

Where you begin to see the movements of the legs when you pull the blows or move the paos away and you have to recover the distances.

Many also find themselves in a lateral position with their feet together or in line after throwing a shot and making a lateral move, a position where they are completely unbalanced and unable to pull the next shot if not a simple armband.

The structure of your body must always be correct, if you find yourself with your feet or your posture different from when you warn (basic stance) there is something wrong and again you have to check your footwork.

Poor footwork and your body movement will not only decrease the amount of force placed in each shot, but even worse will leave you in an extremely vulnerable position where it will be easy for a real opponent to hit you.

Power is generated by strong and stable basic work and effective footwork, so it’s important to understand the movement your body has made before each shot.

Take note of the placement of your feet while working on the pao and focus.

You must always be aware of your base during each combination and for every single shot.

Ps. If you have to take “too many steps” to regain the guard position there is something wrong.

This is often overshadowed especially when you do the pao/focus the first few times where you are usually only busy putting a punch or a kick.

Sometimes distance control is not considered and this it is not good because even if the work at the pao or focus is set in a safe environment, where you can shoot three or four combinations in succession without repercussions, in reality then the opponent is not that he does nothing, he moves and then moving changes the distance from the target.

The need to control how close an opponent is for some while doing the pao is not of great importance as long as there really is an opponent and you go empty and you are hit or until the work becomes more complex and you find yourself unable to place shots because you are at an incorrect distance as too close or too far.

The correct control and maintenance distance distinguishes the work put into a deeply technical training session compared to beating the strikers just to say I trained.

The work at the pao and focus is an extremely technical job.

Punches like the jabs or the Cross with lines and trajectories that meet the pads too close not taking advantage of the length of the shots and working in a range that exposes you a lot when in front of you have an opponent who hits, not going to exploit your stretch.

It means that you pull too close for the length of your arms.

Pad work done too close generally resembles a total brawl, with the arms bent 90 degrees with movements coming from every direction and the head so far forward that it almost touches the pad.

Or the opposite situation where you are too far away and go empty or hit with little impact power.

Your body is stretched and unbalanced to get to hit, trying from an impossible distance to hit the focus anyway and this incorrect assessment of the distance makes you hyper extend your arms and lose all strength at the end of the shot.

Controlling and keeping the distance not only helps to generate power, but it is also the difference between throwing a punch and not finding the other shots immediately after targeting for a wrong evaluation of the distance.

It will be increasingly important to be in an optimal range at the end of a punch or kick on which you bet more to finish a winning combination.

Take the time to find that precise point from where you can get to the target with power, balance, fluency and precision characterized by that beautiful feeling of simplicity.


Very important the work of footwork to always be at the correct distance!

Error 3: Low guard at the end of the sequence or combination


Many striking jobs and drills generally consist of high-volume combos and chained jobs.

Most combinations go well beyond the three shots (1-2-3) especially if there are also legs, over 5 shots depending on the trainer, there are some sequences that go much further or include a reset to launch another long combination.

A habit of mine is to call mixed combinations where there is a combination of two or three shots and then move or dodge with footwork and a long combination. The goal is not to get stopped and build a loop of footwork attack and constant defense.

Repeating such combinations to the bitter end will begin to come out with the going of the rounds the flaws, so in the following rounds it is easy for old and bad habits to emerge, it is the optimal time to find out where your mistakes and incorrect movements are (this I say for trainers).

Beginners tend to drop their hands at the end of each combo to catch their breath. Noooooo!!!!

If you do it on the pao you will also do it during the sparring or the match, maybe a little less but just enough to leave space for your opponent to hit you, especially when thinking is more complicated due to competitive tension, fatigue, etc. and you work more with the autopilot that you create with a correct way of training, and all mistakes come forward.

You are and you do things the way you train!!

Even worse if you put your hands on your belt, turn your shoulders to catch your breath, and take time for the next repetition. Do this several times and it will become a mental stopping point after each combination during work on the pads or even worse in sparring with the consequence that you will take a lot of sledgehammers.

It is important and fundamental that you always remain on guard and in the combat position, no matter what the situation is!

Nothing dictates that every combination of pad work should be done without pause over the course of 15 minutes of a session and keep your hands on guard at all times to build a proper habit of resting with constant protection while facing someone.

There is no such thing as lowering your guard!

Then consider the mistake of loading the shots a lot or breaking down to shoot shots that make you gas and say fucking as a strong shot sin that then when you have one in front that pulls you become a predictable target and all that power you thought you had disappears.

There is much more work than you see in hitting the paos and memorizing sequences of combinations.

Instead of treating each pad session as a game to break the arms of those who hold them, try to use that time to optimize your overall movement and to build combinations and shots towards goals that make sense, with a focus on your defense and footwork.

There is no need to pull hard to the pao if then just one takes two steps you do not find it anymore !!

Start from here when you do the pao or focus and avoid the 3 mistakes to the focus pads!!

Stay Tuned and have a good workout!