One thing I want to talk to you about today is why you insist on studying traditional martial arts.

Now I don’t want to discuss their potential effectiveness, because they are, but I want to argue about the fact that they are systems born hundreds of years ago and even though man is biologically equal there was an evolution derived from the knowledge that led to the development of combat with a different approach but above all with working methodologies that really lead to the development of attributes to combat.

This does not mean not practicing traditional martial arts because it is essential to do something you like but because if you are interested in combat and self-defense do not look elsewhere to understand what is there and not only from the keyhole?

Today, even more effective systems and methods have been developed, why not study and learn them?.

This progress was also possible thanks to the technology that allowed to connect people and to have equipment that allows you to train and hit yourself without doing damage.

This allows you to do more sparring and better test the techniques that work or learn how to make them work but also the consequent development and evolution of attack and defense systems that to be developed and created had and need more knowledge in the field that only through real combat could be born.

Martial art is not form or theory, its true nature is expressed in the chaos of combat, youbecome a martial artist when immersed in this chaos you feel calm, at ease, aware of yourself and what happens.

You must also think that martial art has evolved greatly in recent years also because of its spread in the world where different cultures have interpreted the same coding but with the vision of a European, a Latin, an American, an African, etc.

Think today what chance you have, although very confusing to see videos in You Tube of people doing techniques, some very useful videos others less, others of discoveries, or the possibility to see highly prepared athletes who compete in competitions such as Boxing Judo, MMA, Jiu Jitsu, etc.

There was no such possibility, you were born lucky.

What is now personal defence and mixed martial arts is also valid where perhaps the phenomenon is is most evident that there has been natural selection.

Think about it, In the beginning there were different styles and athletes who faced each other, from bouncers, to karateka, to giant, to boxer, to kick boxer then came the Gracie with the Brazilian Jiu Jitsu starting to win on all with the consequence that the strikers understood the importance of the fight and the practitioners of fighting the importance of having offensive skills as strikers with the result that today it is easy to see that all athletes compete in the octain have , athletes are an amalgam of different styles (non-mono styles) and they are athletes who know the part of Striking standing then Boxing, Muay Thai and ground fighting whether it is Judo, Brazilian Jiu Jitsu or Submission wrestling and possibly other contaminations related to their origin.

But you have to understand that a lot of the things you see these super athletes do don’t have to be considered within everyone’s reach.

One thing I want you to stop doing is look at the sports champions and think that you can be like them, that’s not how it comes back to reality.

When you look at a fighter like Mc Gregor you have to know that inside he has characteristics that you don’t have, explosiveness, precision, combat vision, training, experience, how he reads his mind the fight and the movements of his opponent, etc. so even if you see that it easily hits opponents repeatedly what he does is not easy.

To think of this, that is to model a champion is like seeing Messi play football and think that if you watch him and you train also very much you become like him, I’m sorry it is not so, he was born for that sport as a 9-year-old plays Bach singing and counter-singing on the piano who do you think taught him this??

No one can do that, that’s how it was born.

It doesn’t mean you can’t get very strong but you probably have to change your approach to combat,as a vision, as a preparation, as a training method.

This is one of the hot topics of martial arts, because unless you study martial arts as a dancer or fitness what you want to learn to do is defend yourself that as a word sounds good, very political, that puts you on the side of reason

Defending yourself from someone who attacks you is not that you can do it with caresses. 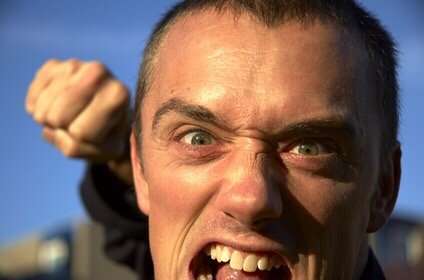 If you walk into a gym and every time you touch someone you’d be the first to say listen, get ready to compete because you’ve got something inside that makes you special for this kind of art or sport.

You have to compete right away.

But when you’re in the gym, did you find so many?

Did you find so many Jon Bon Jones who at 17 because he had a long lunch break joined a gym in New York’s MMA and at 23 won the world title in the UFC’s ottagon?.

That guy after a few weeks was already a champion because by nature his movements, responsiveness, reflexes, mentality were already developed as a high-level fighter even if no one had explained this to him, most people to do this has to work years.

Now having landmarks is important but I don’t want you to feel frustrated and depressed because it’s not useful to you.

But I want to give you a piece of advice that’s worth gold, you don’t have to watch an athlete’s ending but what made it such, it’s much more useful for your growth to know what sport he’s played, how much and how he trains, with who he trains, what he thinks, etc. that seeing his fight, that’s the ending but you don’t know the path.

Let me give you an example of an athlete who is currently at the top of the UFC, Conor Mc Gregor.

Do you know that Mc Gregor practices 15 rounds a day of sparring which is 75 rounds a week and 300 sparring rounds a month?. 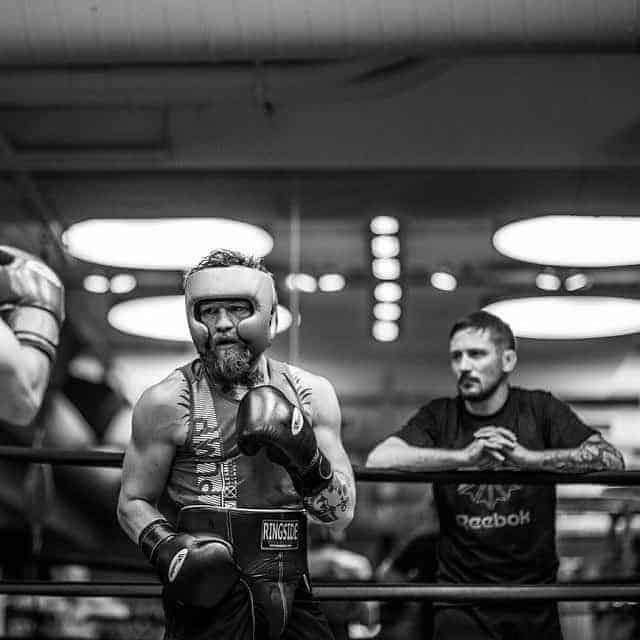 howmany do you do with it?.

Do you know that Mc Gregor studies the moving body with a global guru on mobility and movement named Ido Portal?.

It studies how it moves and must move the body to express maximum energy. 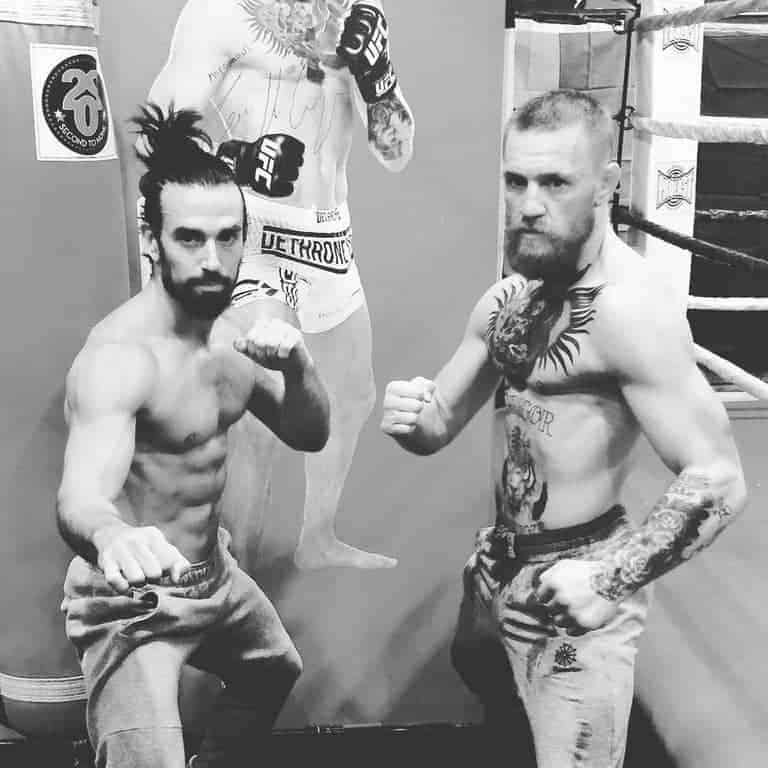 He uses professional trainers to make pao and hitters that propose non-classical trajectories, this to meet the need to vary the combinations inside the cage that have now been standardized and the fighters have become accustomed to these schemes that hardly surprise them.

These are just a few examples of how a champion works.

Some time ago, an experiment with 3 UFC fighters was done at an American military base with special forces groups. but that’s another story.

Now studying traditional martial arts is great because it is important to preserve history and martial culture, I appreciate this work that I also do but I do not want you to make the mistake of making as your martial art only the traditional one if you really want to learn self-defense.

Consider, for example, today’s karate, beautiful nothing to say, a pity that it actually lost its true original heritage when using weapons, but above all the Japanese warrior studied a lot of areas such as sword, judo, jiu jitsu, etc.

So what was he doing?.

Mixed martial arts but because he was obligated because in battle he didn’t know what was going on.

Now if you also want to become a self-defense expert you have to study more areas because you don’t know what’s going on.

Good training in your art but take a new step, I know it’s hard to “look” at yourself in traditional martial arts but your evolution starts here.