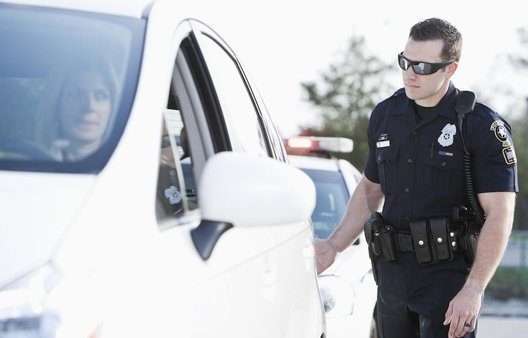 Why do American policemen touch the back or back of the car when they stop someone?

What is hidden behind this gesture apparently unimportant and later in the post I will explain why it can be useful in some cases even for an ordinary citizen.

This is a procedure, and it is something that not only the Americans do.

In the Police Academy they are trained when they stop a car to touch the taillight, the trunk or the bumper when we approach the car for different reasons.

The most important thing, according to the instructors, is to make sure that one or more fingerprints of the officer remain on that vehicle so that investigators can always establish a physical connection between the officer and that vehicle in the event of a critical accident or in the event that the officer should be seriously injured or killed (shootings, traffic accidents, and so on).

Instructors teach you to always put your hands on the side of the vehicle near the rear but NOT on the back. 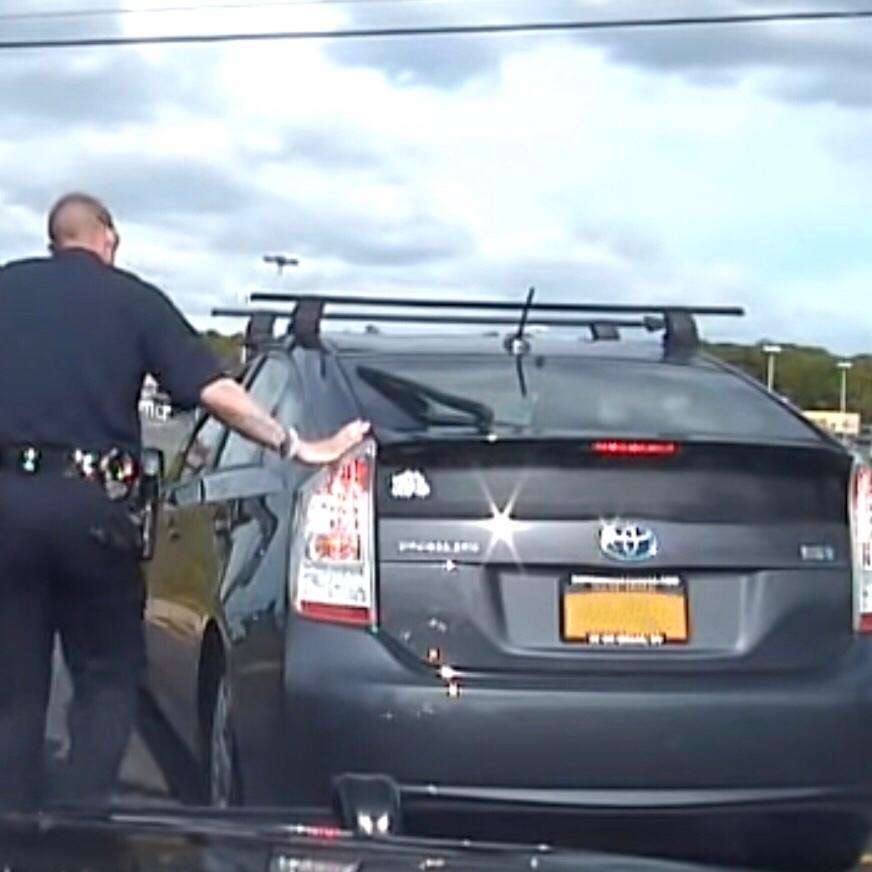 Never on the back because it means you are on the line of travel of the vehicle.

It is important to touch the vehicle while remaining to the side to prevent the agent from being hit in case of reverse.

There are several shots from dash cams where the officer stops a suspicious vehicle and crashed into the patrol car in reverse just as the officer or officers are approaching.

If you look at the videos the impact was strong enough to burst the air bags and break the radiator, think if the officer was in the middle between the two cars.

Sometimes they are deliberate events of a criminal who wants to hit the car and then flee, other times they are elderly people where being cars with the automatic transmission in the agitation instead of putting the car in neutral (P position) was inadvertently positioned in reverse and panicked when they took their foot off the brake they pressed on the accelerator.

If the officer had approached from the back and not slightly to the side he would have been crushed.

In addition, the supported hand allows you to feel the vibrations, even a micro movement anticipating if necessary the movement and leaving fingerprints on the car as proof of escape, as well as video footage, etc.

Criminals are very creative and when they follow a suspect and stop him some of them have committed ferocious crimes and are armed.

It is full of footage of people who shoot when the officer approaches the car.

Touching the hood serves to leave the footprints but also to give yourself time to observe what the person does inside the passenger compartment, if he is agitated, where he has his hands, how many are inside the car or van, etc. 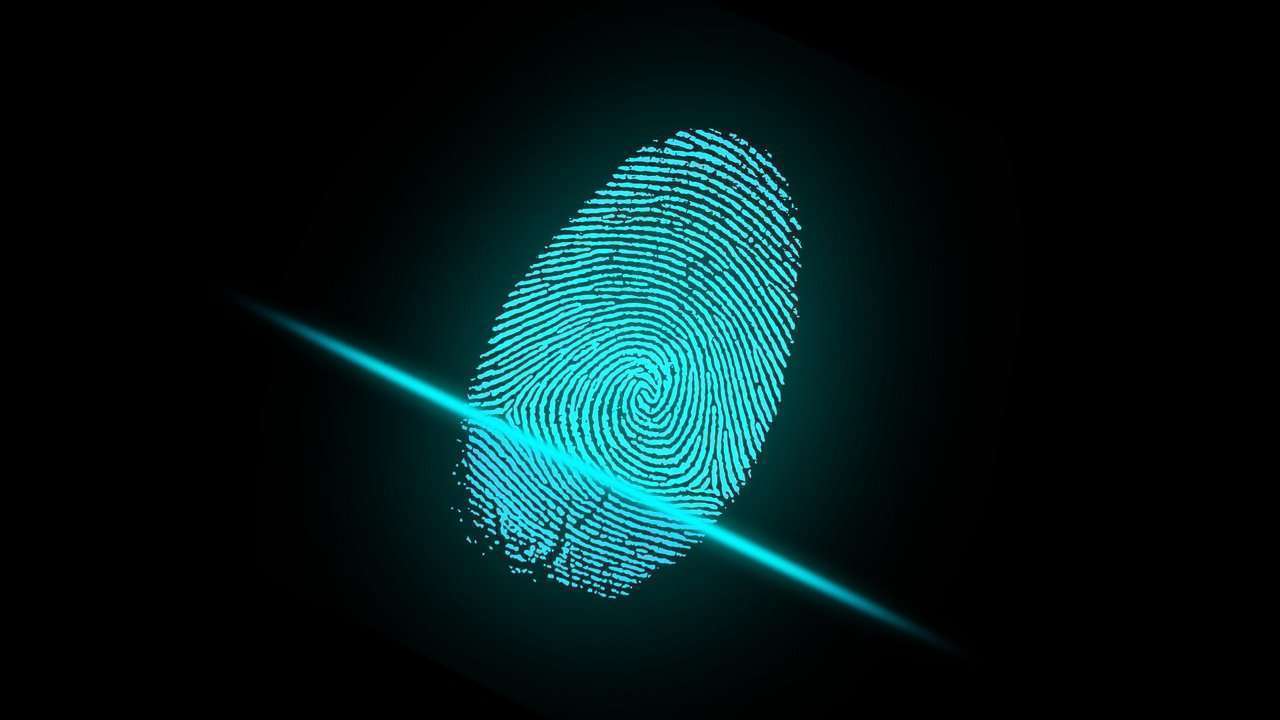 The policemen also touch the trunk to make sure the trunk is closed.

A trunk or a rear door of a semi-open van, meaning that they have been opened can mean that someone is there stationed ready to jump out or shoot as soon as you pass in front of it and approach the front of the vehicle.

Unfortunately, it is not the first time that a policeman touches the car towards which a gun approaches and shells out the window and is pointed at him if not even fired.

The person in the vehicle shoots and kills him and it is also for this reason that the agent remains moved back from the side of the stopped person in order not to give a clean firing line and still be able to see all the movements of the person or people stopped.

In some countries these operations are however complex and high-risk, it is not a simple daily routine.

Another very popular place to touch the car is the roof near the driver’s side window to allow the officer in case the car was very dirty to choose where to leave his footprint or rather in the less dirty area of the controlled car. 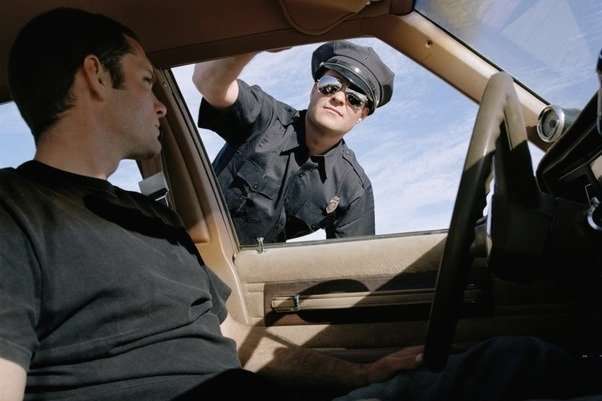 For a civilized citizen what it means to touch the car.

In the case of a civil citizen who is for example in an altercation with a stranger, perhaps for a parking lot, or for other discussions, the fact of touching the car of your aggressor in a precise point can be useful to leave an imprint in this case too, as well as try to memorize the model immediately, color and license plate of the vehicle.

Or driveway at night, you arrive in front of your door, there is no driver marks license plate and color, take a picture, touch the car in a precise place, write a message to a friend, if they arrive in 4 drunks and beat you and survive these are evidence.

If you don’t do this before even if you save yourself you may not remember the color because it was night, you don’t know the license plate, etc.

Self-defense is all there is before after is fight or flight and surviving is part of your skills.

In case of random assault around your fingerprints would be on the car of your aggressor, and in case of situations of serious crimes they could all be evidence in the evidentiary phase of judgment.

The evidentiary instruction is that part of the preliminary phase that deals with collecting the necessary evidence in order to decide on the issues identified and discussed during the discussion.

Now you know that a seemingly meaningless gesture contains a lot but a lot of importance.

So this gesture of touching the car is deliberate and with more meanings of control / precaution and if during the control by the policeman the detainee escapes, at the time of capture the police can confirm the escape from the presence of the policeman’s imprint on the headlight of the car all this in the presence of the judge in addition to the dash cam videos if they are available.