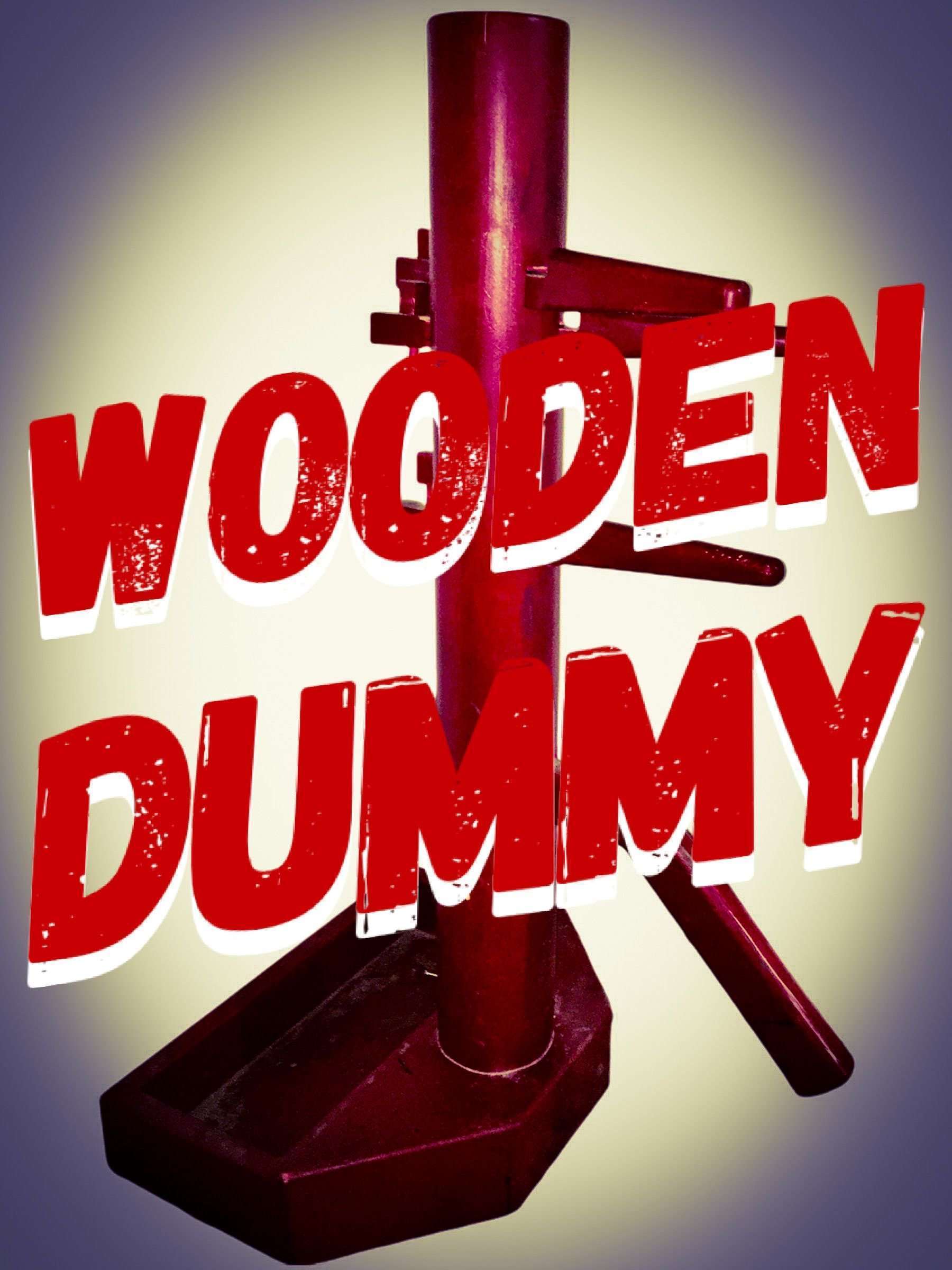 Wooden Dummy or wooden man is a training tool alone widely used in different martial arts such as Wing Chung but also in JKD Original, Silat,etc.

It is a very useful training tool alone where you can try motor patterns endlessly and also do an excellent bone conditioning.

The wooden man called Muk Yan Chong (木人樁 in Chinese) Murenzhuang in Pinyin and in English commonly called puppet/man/wooden doll) is a tool used in the training of Wing Chun and other styles of Kung Fu in southern China.

Basically it consists of: a wooden trunk, from which protrude three pegs on which to train the techniques of arms (two higher, to form a V; the third a little lower, central) and one, longer and curved, for the training of techniques with the legs.

There are two types of traditional Muk Yan Chong: 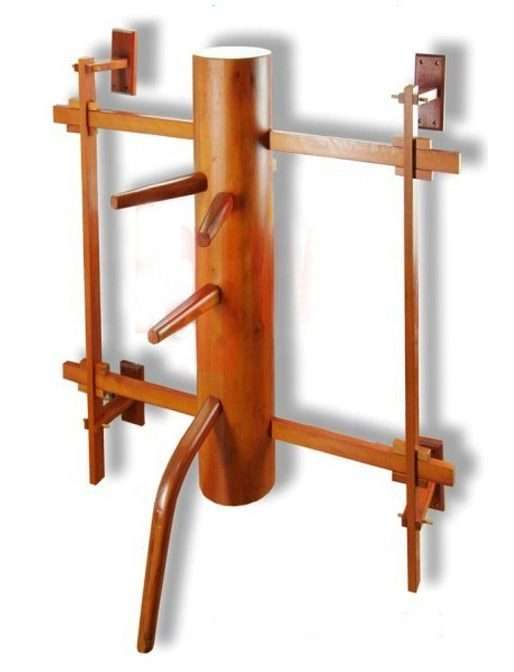 Muk Yan Chong in Wing Chun is often used to perform the advanced form of Wing Chun consisting of 116 movements that are performed at Muk Yan Chong, from which it takes its name.

With this form the practitioner learns to manage an opponent whose angles are non-deformable and to manage the energy of his shots, which the dummy returns in the form of vibrations.

In Wing Chun each side of the dummy is “to itself”, that is, each technique performed on one side is independent of that performed on the other, hence the Chinese saying “the Muk Yan Chong contains two opponents“.

How was the wooden mannequin born? What is the history of Wing Chun Dummy?

The legendary folk history of Wing Chun says that Ng Mui created the first mannequin of Wing Chun, creating 108 mannequins separated into one, as efficiently and effectively as his reasoning.

However, the modern mannequin as we know it – the wall-mounted mannequin, or the Hong Kong mannequin, both names work – was the design of Ip Man, to meet the demands of apartment life.

The elasticity that comes from having a mannequin “mounted on the wall” gives it a kind of feeling that the mannequin is “alive”.

This feeling that the dummy is “alive” is attributed to the involuntary reaction of a human opponent to the application of energy.

As such, the previous version of the mannequin is considered a “dead” mannequin since it does not have that elasticity and simulated human reaction.

However, despite the label of “alive” or “dead”, it is still a matter of preference when it comes to choosing the wooden mannequin on which to train.

Is there a “best Wing Chun mannequin”?

There is no single “BEST” mannequin, there is only one mannequin that is the best for YOU.

It’s all a matter of preference: all Wing Chun practitioners have different tastes when it comes to their mannequins.

Some practitioners prefer their dummy to be completely stationary on a wall mount, while others may like to have their sliding mannequin on the wall mount. 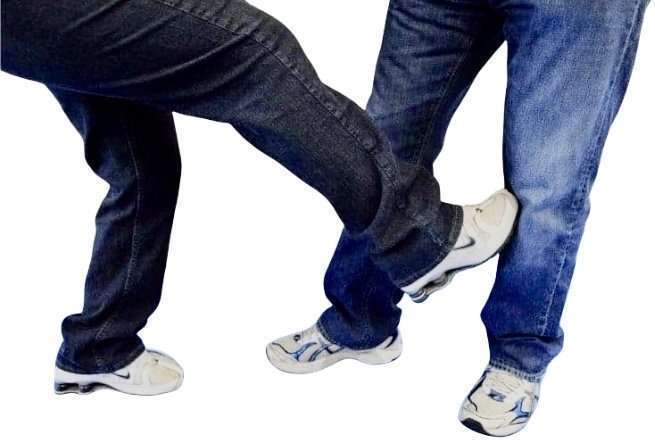 Today there are different types from the classic to those that can be mounted on the bag or a pole.

Personally I have built one also suitable for my needs of study and personal research where I can build guards and insert in my hands weapons of different types such as sticks,knives, firearms, walking stick,etc. and use with the mannequin impact and cutting weapons and improvised weapons.

For the Kali/Eskrima I use a mannequin designed and built with tires to be able to use impact and cutting weapons.

What is important is to respect the human anatomy as proportions and heights because otherwise you risk working on wrong trajectories and therefore building a movement that is not consistent with reality.

A bit like the mistake you see when an alleged trainer holds the pao as if one had a head as big as a man with open arms. 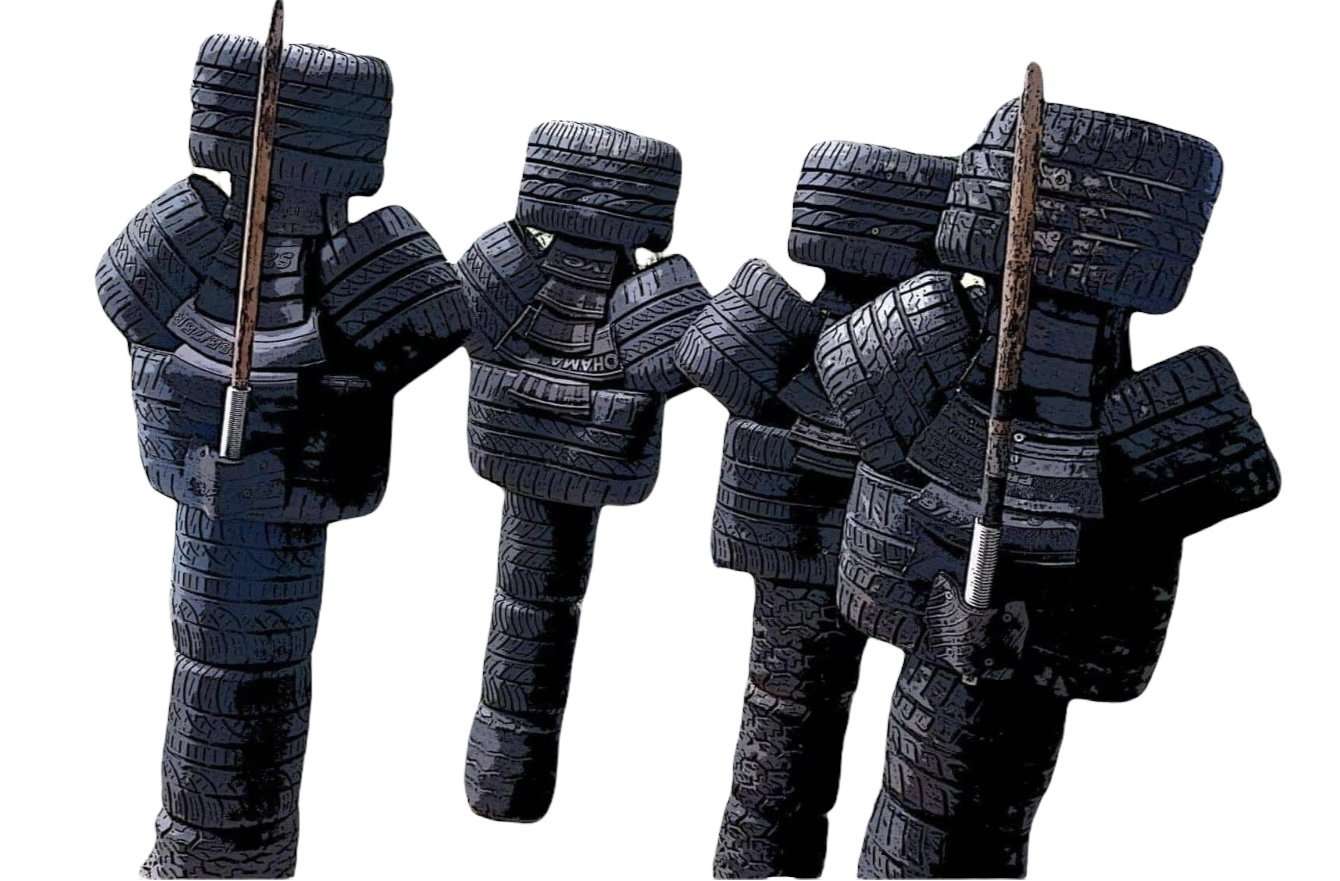 An example for the bag application is the attachmate: Wing Chun Dummy Trainer model (pictured on the left) which is:

Attention! I evaluate the idea as a concept that is interesting but in this case I have not tried the product but I have one of my own self-built very robust, I do not guarantee for the quality of this product. 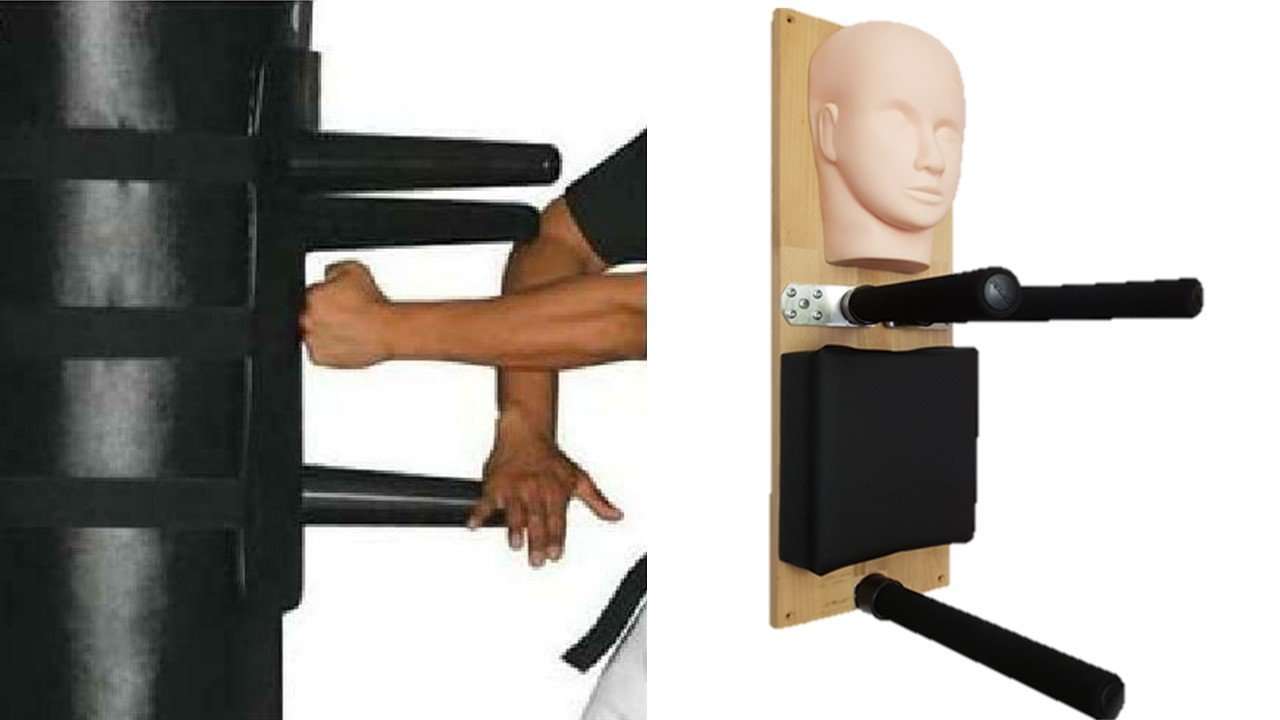 Training on the wooden mannequin

The regular and constant use of the wooden mannequin has important benefits.

You don’t need to spend hours and hours in front of the mannequin but you need constancy trying to work on a module or part of the complete shape / form.

You can also do a job on a shape by inserting aspects related to movement, speed, accuracy, etc.

Then I select what to do or some techniques to practice and try on the dummy.

I perform the techniques over and over again on the dummy slowly and accurately until I feel comfortable enough and increase the speed.

You don’t need haste but constancy!

It is very important to try to put together different technical sequences and the next time you work with a live partner perform the techniques unrelated to a sequence but insert more techniques without the impossible linearity of the sequence or form you study.

To quote Bruce Lee.. you must be like water, form in non-form!

The wooden mannequin is a great “springboard” to bring the techniques to a good level and go from the form to the application with a companion up to practice the techniques in sparring which for me is the only thing that matters, being able to make the techniques work in the real world.

Many shapes are very linear in motion but it is an ideal technical sequence and for this reason what is really needed is a “small” adaptation.

I noticed that learning to use with time instead of the linear movement sequence but unpacking the technical sequence as well as making the mind more elastic and adaptable ends up making your attack or defense less predictable to perform the next technique.

To me this makes a lot of sense because of the non-linear and elusive nature of combat where many techniques must have an adaptation of time and distance (timing and footwork) in order to work.

Almost any technique of any art can be taken from a form and performed on the wooden mannequin.

All you need is an open mind and a little creativity.

On the dummy you can do different types of exercise: 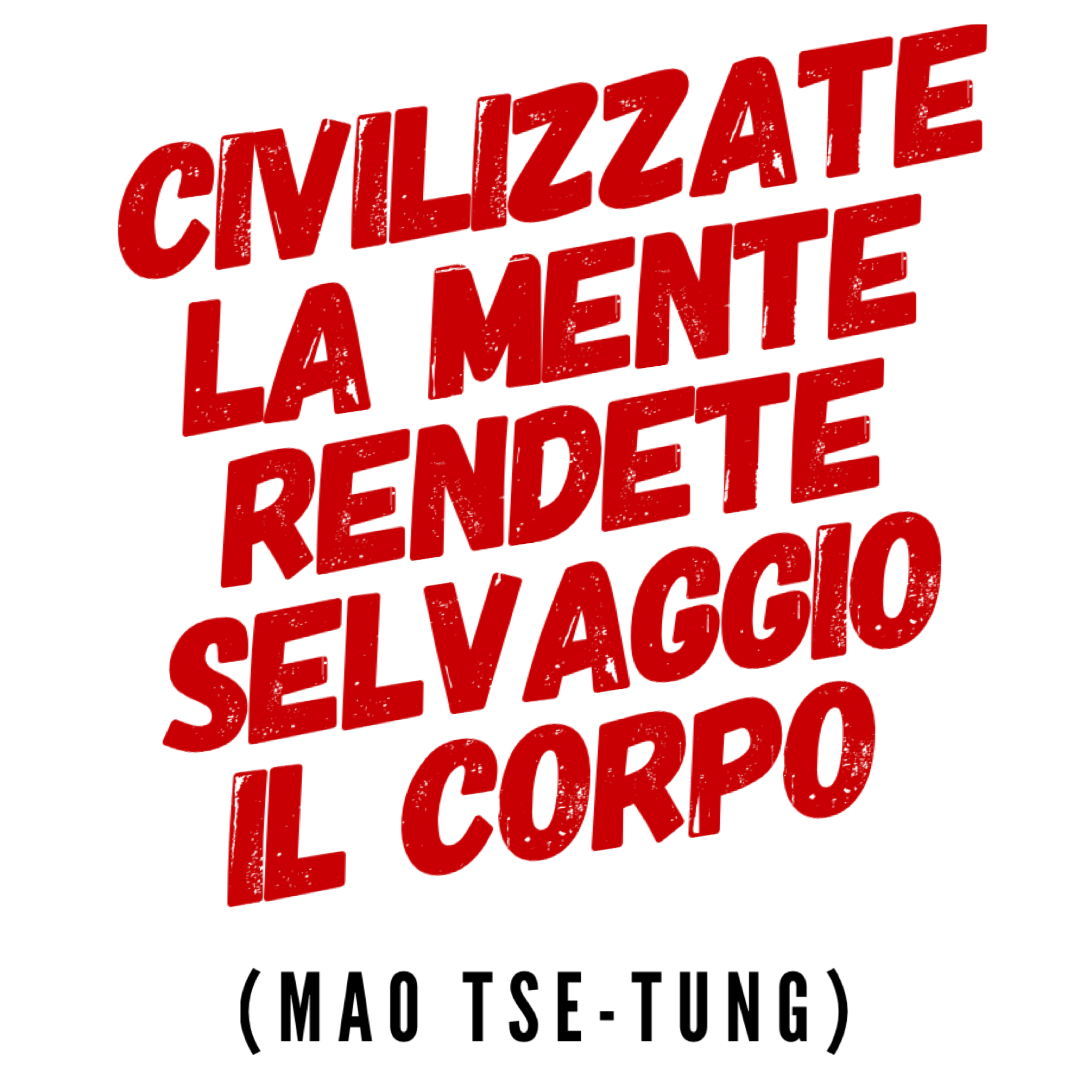 The wooden man is a tool for technical study in training only very useful because it allows you to perform for hours and hours, thousands of times the same sequence or technique.

It is a technical study because it can never replace a training partner and above all it is very static.

Comparing it to striking workouts but it’s a bit like doing a lot, compared to doing the pao and then the conditional or free sparring.

So it is a useful type of work but limited to developing certain characteristics, it is part of the training but it cannot be the only way to train, like the boxing bag.

Definitely a good workout that you can perform on your own, maybe with a supervisor the first few times or filming yourself while performing the techniques.

A tool that you can use for any martial art!

Have a good workout with the Dummy!