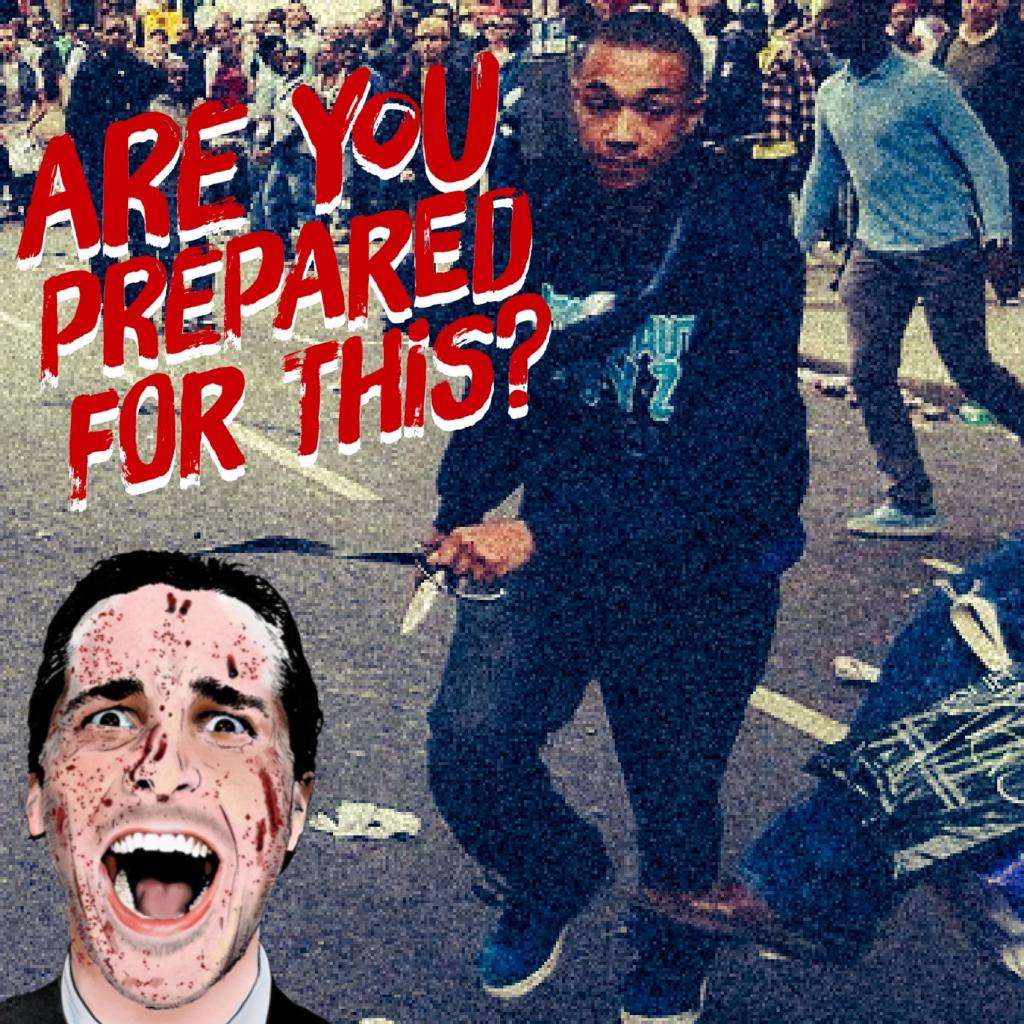 The real knife defense you do not know yet because it does not exist as they have always explained it to you.

On the blog you will find many posts that concern the study of weapons but not only, especially cutting weapons that can give you interesting food for thought.

Someone reading already knows these things but do not do the presumptuous and above all think in the context where not everyone is like you (that you are a phenomenon) and not everyone starts from the same point and it is right that you avoid if possible years of fake studies on such an interesting but also insidious topic of traps and fake experts.

If you want to learn how to defend yourself from a knife you have to learn short fencing, the rest is all bullshit.

“There is no knife defense, disarmament in the sense of removing the knife with a bare hand to an aggressor armed with a knife, etc., because if one claims otherwise he has never sparring a knife.”

You don’t believe it and then try, keep watching videos where you see situations explained from a distance where if there was no cooperation in reality the person would be injured or killed.

The knife is an insidious weapon and unlike a bare hand shot does not need much loading to sink deep and even in tight spaces can cut deep if the blade has a good thread.

Disarmaments, defenses, stalemate situations and various tricks are useful because they work and you have to learn them too I study them with great interest and attention because if you happen to be in the moment you can not hesitate you have to know what to do or rather the body must respond immediately without thought but with an automatic response linked to hundreds of hours of work.

Do not leave anything to chance when it comes to cutting weapons but how they are trained that makes the difference, and it is precisely the idea of schematizing something that has too many variables related not only to the weapon itself, but in what hand it is located, the type of tip or cut stroke, the angle of attack, speed, distance, etc. that building an ideal image is pure fantasy, we are talking about cinema, movie scenes not real combat, and if you like cinema then you are not in the right place.

Do you need to know the knife disarms?

YES because if you are in that condition you have to know what to do without thinking about it and you do it but it is NOT to be searched.

One who threatens you with a knife to the neck is not defended by a knife, you need to know what to do to get out of that situation but it is NOT defended by a knife and is often a Robbery, give it the Portfolio without thinking about it, it is not worth risking even just scar for 50 €uro, or hurting yourself for a few euros or one smartphone.

Paradoxically, it is easier to get out of those situations because in reality those who are threatening you have not tried to hit you but to scare you, they are using the weapon as an element of dissuasion to convince you to deliver what you have of value (chain, money, smartphone, etc.).

If you want to learn the “defense” from knife you have to study short fencing to understand the BASIC concepts such as the position of the body, hands, distance, timing and fundamental footwork.

Practicing knife sparring through short fencing all those ridiculous questions and debates that you read on social media would suddenly disappear bringing the issue from fantasy and cinema in the right dimension that is only one reality of one of the simplest and most insidious weapons invented by man. 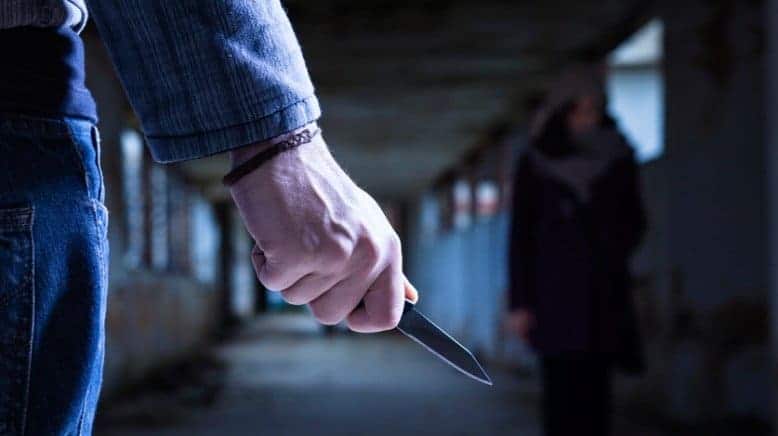 If you are without a weapon you are not defending yourself from a knife but fighting bare-handed against a knife.

You have to earn the space and time to pull out your weapon or find some item, protect yourself with a bag/backpack, or find an advantageous position such as a higher point, etc. but.. even better when possible, escape but is it always possible?. 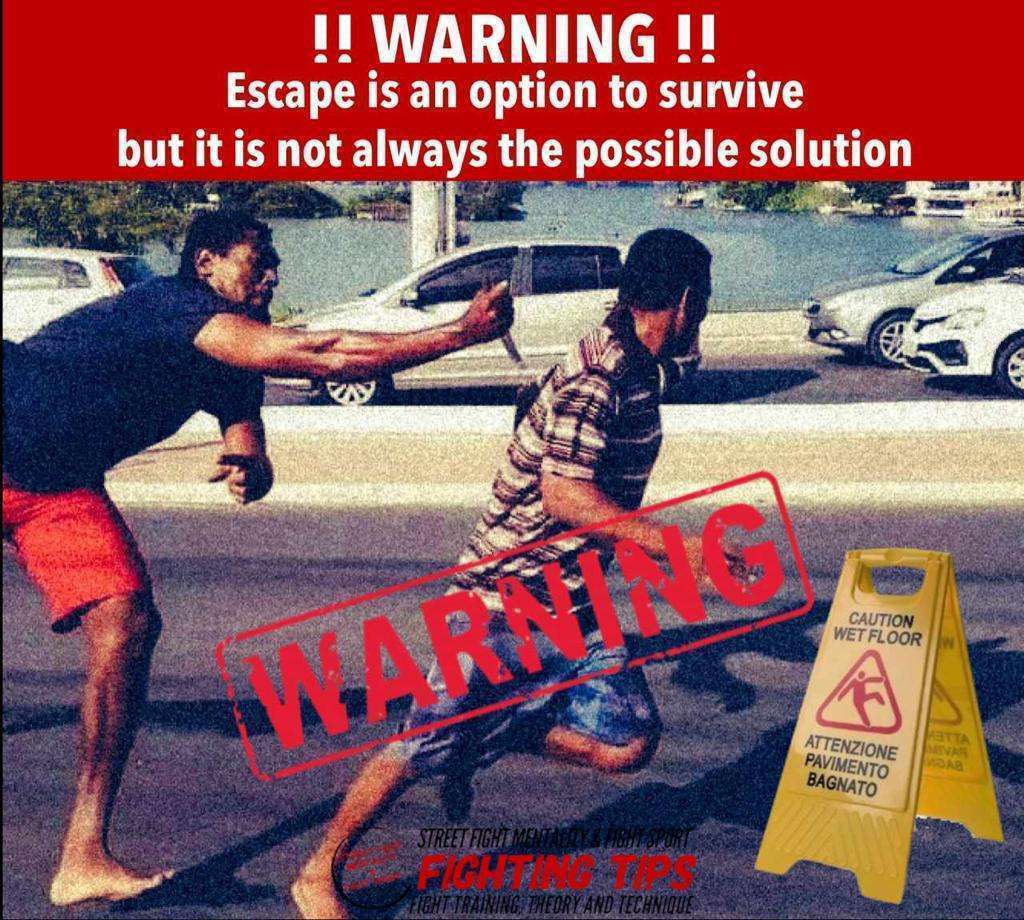 To do this you need to learn for knife defense:

Why do I say this about knife defense?

Because there is no knife defense as most people imagine but a series of skills / attributes / techniques / attitude to survive a knife attack, attention that lead you to survive but do not imagine not to hurt yourself.

Against a knife expert against a man with a bare hand the reality is that there is little to do but as one of my masters Bob Breen says if you train you get luckier.

When I see what most Krav Maga schools teach about knives but not only do I think they do incredible damage because what they show does not work and not very real, have you ever practiced a sport that is schematized? Tennis, Basketball, etc. without really playing? and you think you can do it with a knife in front that leads you to such high stress levels that you lose the fine ability of your movement.

The approach to the knife must be totally different and I am pleased that many instructors of Krav Maga serious and professional are realizing this and trying to rely on those who have already taken a different path, but not in words by making a 15-second frame on social media, the knife is not a game, you have to be serious because people need to know what they can and cannot do when it comes to survival and begin to understand that there is not always an answer to everything unfortunately.

To be“lucky” you have to train but with knife experts not those who know 4-5 techniques to sell themselves the internships of which you do not even know the meaning of biomechanical and motoring.

If you don’t know how TO ALLENARS you’re unlikely to get the result you want.

Ps. We deliberately do not show online techniques and methods because on some issues we need a filter because we do not know who is on the other side, and everyone can view the video from you that you are a good person but also the criminal more up to the search for ideas.

On this issue that concerns the ethics of teaching, especially on issues such as weapons, for this I want to dedicate a post!